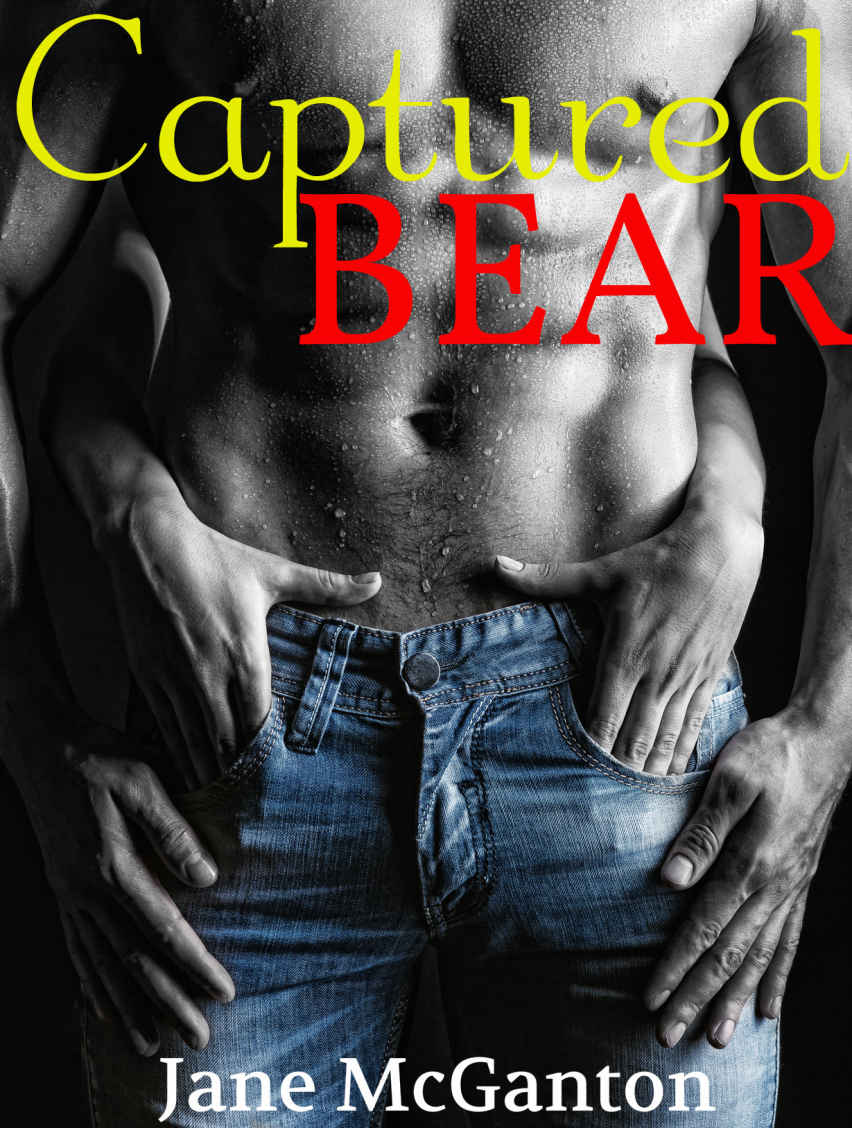 “Hey, Evie can you finish mopping up the hallways? Thanks.” Tom’s back was toward me and he didn’t even bother to turn around and look me in the eye while he ordered me around. He was much too focused on Lily, the skinnier, blonder intern.

“Yeah, no problem,” I mumbled, turning to walk over to the supply closet before I could give Tom a piece of my mind. I really needed a good recommendation from this internship if I wanted to work with zoo animals once I finished my veterinary degree.

Cleaning up the floors was pretty easy, mindless work compared to most of my tasks, but I was most excited about finishing up my feedings. A few new animals had been added to the enclosures this past week, and I wanted to go check them out. I had always felt a close connection to animals, and working at the zoo, tending to these beautiful creatures, made me feel happy and peaceful in a way that I never felt anywhere else.

I finally put away the cleaning supplies and looked around. No one else was left, which meant I could feed the animals in peace before locking up. I smiled as I gathered the food. This was my favorite time of day. Mot of the animals had already been fed earlier, but I had saved the bear enclosures for last. We had several new acquisitions and bears were my favorites. I loved how they would playfully bat around toys we gave them. They were huge and looked clumsy, but had a powerful elegance to them. As a plus-sized woman, I felt a certain kinship with them.

As I dragged the bucket of meat to the first enclosure, I saw the bears milling about. The newest acquisition, a large brown bear, was off by himself on the other side of the enclosure. I carefully carried the bucket down the stairs and turned the key in the door so I could leave the food for the bears. I knew better than to approach the bears while I was alone but I studied them for a few minutes, especially the new bear who seemed to be watching me back. I might have found it unnerving how he studied me, but there was also something sweet and intelligent in those eyes. Finally, I turned to go when I heard a voice behind me.

I turned in surprise. A naked man was standing over where the new bear had just been. I looked around the enclosure wildly, hoping the bears would remain uninterested. The zoo had had a few incidents with teenagers trying to enter enclosures and a few years back, one of them had died after being mauled by a lion. I wasn’t sure how to handle the situation without any help.

“Come over here. Hurry!” I hissed at him.

He didn’t look nearly as concerned as he should. Luckily, the bears seemed uninterested in him, staying over on their side of the enclosure. All of them, except for the new bear. I glanced around again, trying to locate the large bear. Was he hiding? I hoped he wasn’t getting ready to pounce on the man who was slowly and deliberately walking in my direction.

“Hurry!” I cried out again.

“It’s alright,” he croaked back, his voice sounding deep and graveled. “There is no need to fear.”

“They will not harm us,” he replied. He reached within arm’s length of me and stopped.

I finally stopped panicking enough to notice how damn sexy he was. The man didn’t look like a crazy person or a hooligan who might climb naked into a bear’s enclosure. He was tall and muscular, with a deep tan and thick, dark hair. His eyes were a piercing brown flecked with gold. I let my eyes travel down his cut abs and rest for a moment on the thick rod that hung between his legs. It was huge. Even in its resting stage, his manhood was the most impressive I had ever seen, with a long, thick rod and mushroom tip.

“I promise I’m not crazy. I know how this must look to you, but there is a much bigger story behind it. Let’s get out of the enclosure and I’ll tell you everything,” the handsome, naked stranger whispered.

I nodded, unsure of what else to do. I turned and opened the door for him, following him up the stairs to the covered corridor. The man found a spare piece of cloth draped over a cart and tied it around his waist for modesty. When we finally reached the outdoors I turned and looked at him again.

“How on earth did you get in there?” I asked, hands on my hips. I was trying to sound authoritative but his handsome smile was throwing me off.

“Well, I’ve been in that enclosure for several days,” the stranger started. I opened my mouth to interrupt but he quickly continued. “You know, I’m sure, that a brown bear was recently caught in a nearby suburban area and brought here. Well, that bear was me.”

I shook my head, but let him continue. It wouldn’t be smart to start arguing with a lunatic, especially when I was here all alone and out of view of any cameras.

“I’m a werebear, meaning I can shift between human and bear form. It is a condition I’ve had all my life, passed down in my family through generations. I became too reckless with my shifting and during one of my shifts, I was caught by animal patrol in my bear form. They sedated me and sent me here. I’ve been waiting, trying to find the right time to escape, and the right person to help me. I realized pretty quickly that you would be my savior. It wasn’t just that you were so beautiful and kind to all the animals. I saw how you are treated here, and I knew that you would understand my struggle and give me a chance. I’ve been totally smitten by you and I’ve been waiting for my chance.”

The handsome stranger stopped, seeing the disbelieving look on my face.

“I can prove it to you. Watch. And don’t be afraid,” he said, taking a few steps back.

Then as I watched he transformed, quick as could be, into the large brown bear that had previously been in the enclosure. I gasped, but just as quickly, he transformed back to human form.

Smiling at me wickedly, the stranger extended his hand. “I’m Aiden, by the way. Pleased to meet you.”

“I felt it too,” he said quietly. “Our kind knows immediately when we first touch our mate. Our body imprints and we love her for life. I love you, Evie. You are my mate.”

I knew it was crazy, but it was also real. I could feel it. My body called out for his. Aiden pulled me to him and pressed a warm kiss against my mouth. My lips parted, allowing him to explore me as desire flooded my body with hot waves.

His hand moved up under the hem on my dress and gently caressed the moistened fabric of my panties. “I want to have you, to seal you to me.”

I closed my eyes and a small moan slipped through my lips as Aiden pressed harder on the moist fabric covering my little slit. I wanted him so badly; I couldn’t deny that.

Aiden groaned in response, then reached down to pull off the cloth covering his erect cock. He pulled out the longest, thickest cock I had ever seen. In its erect state, it was even more glorious than I had noticed before. The shaft was straight and veined, leading up to the reddened mushroom tip that was moistened by a glistening bead of precum.  I never wanted anything as much as I wanted to taste Aiden’s cock right then.

“You like it?” he asked, sounding pretty damn confident.

“Yum!” I licked my lips and reached out for his hard shaft, gripping the thickness in my hand.

I couldn’t help myself; I had to taste him right away. I lowered my lips and lapped at the little bead of precum glistening at this fat tip of his cock. It tasted sweet and delicious and I needed more. I pushed him deep into my mouth, savoring his delicious masculine flavor.

“Oh fuck, your lips are incredible” Aiden groaned as I pumped him deep into my mouth.

I pushed the shaft deeper into my throat, reaching around gently to caress his balls. I wanted to suck and taste every bit of him.

I pulled his long cock out of my mouth regretfully, but the idea of getting fucked by my hot new werebear lover was getting me all wet and excited.  Aiden bent me over the bench and gently spread my thighs open. He ran his hand over my ass then shimmied my soaked panties down my legs.

I moaned as he position the thick head of his cock at my slippery entrance. His hands caressed my ass and hips, then gripped me tightly as he thrust his hips forward. His thick cock burst into my warm slit in shock of pleasure and a sting of pain. I had never had anything so big inside of me before. I could feel it filling me up, pressing against me in an intensely pleasurable way.

“Do you like it filling up your tight little pussy?” Aiden asked as he rocked gently inside of me.

“Well, I think you’ll like this even more,” he said with a big smile.

Aiden pulled back and then thrust into me again, hard. He didn’t give me time to recover before he thrust again and again, harder and faster, slamming himself deep into me until he was buried in my pussy up to his hilt. It felt so good as he fucked me like I had never been fucked before. Aiden played my body like an expert musician plays an instrument, like he was familiar with every piece of me. He fucked me with an animal ferocity that somehow remained gentle enough to be pleasurable.

“Yes, you were right,” I said in earnest delight. “That was really fucking good.”

“I want to pleasure you, to make you feel incredible every single day for the rest of your life,” Aiden responded, pulling me towards him in a hug. I sighed against his muscular chest, reveling in the warmth and hardness of his body.

“But first, we should slip out of here and find you some clothes,” I said.

“Yes, let me take you to my cabin. I would love for you to meet my clan. They must have been wondering where I’ve been, but they will be happy to see I’ve found such a beautiful mate.”

Hunter's Blood by Rue Volley
A Memory in the Black (The New Aeneid Cycle) by Munz, Michael G.
Hidden by Mason Sabre
Unplugged by Lois Greiman
Daddy Taught Me Better by Ebony
Forest Fire (#2 The Legends of Regia) by Tenaya Jayne
The Scorpion’s Bite by Aileen G. Baron
Sin With a Scoundrel: The Husband Hunters Club by Sara Bennett
Assignment Black Gold by Edward S. Aarons
The Lost Girl by Sangu Mandanna