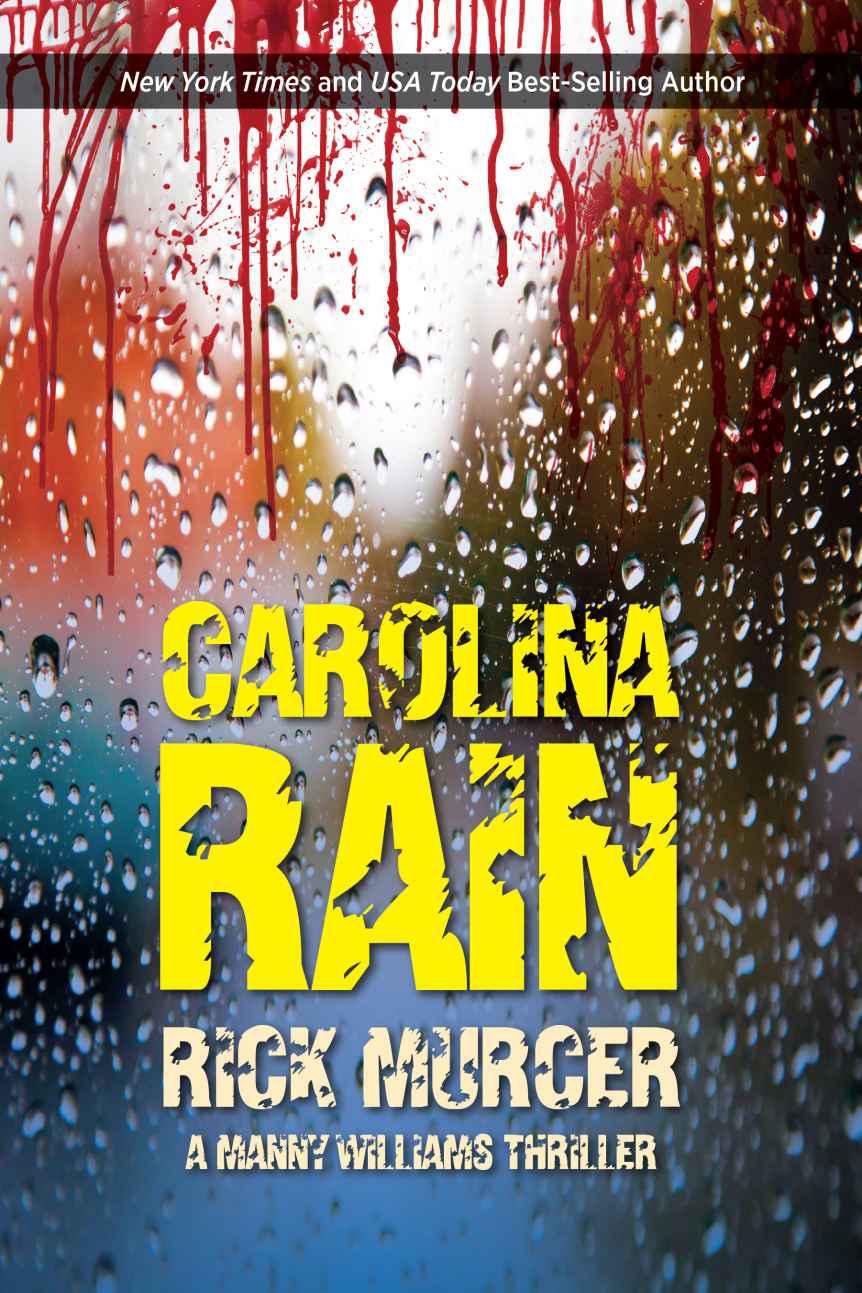 This ebook is licensed for your personal enjoyment only. This ebook may not be re-sold or given away to other people. If you would like to share this book with another person, please purchase an additional copy for each recipient. If you're reading this book and did not purchase it, or it was not purchased for your use only, then please purchase your own copy. The ebook contained herein constitutes a copyrighted work and may not be reproduced, transmitted, down-loaded, or stored in or introduced into an information storage and retrieval system in any form or by any means, whether electronic or mechanical, now known or hereinafter invented, without the express written permission of the copyright owner, except in the case of brief quotation embodied in critical articles and reviews. Thank you for respecting the hard work of this author.

This ebook is a work of fiction. The names, characters, places, and incidents are products of the writer's imagination or have been used fictitiously and are not to be construed as real. Any resemblance to persons, living or dead, actual events, locales or organizations is entirely coincidental.

To Josie, Molly, and Charlie
.
You light up my life

To JC, who helps me keep it together. He’s my joy

To Max, the best and laziest writing
black Lab
alive

The wind whistled out of Michigan’s northwest, screaming over Sophie Lee’s shoulder as she slowly exited the FBI’s black SUV. She barely felt
the March chill
.
It
could never match the cold that
haunted
her insides, freezing her very soul.

CSI Special Agent Alex Downs crawled out of the passenger side as his assistant, Dean Mikus, exited
through
the back
.
N
either look
ed
happy
to be there
. . .
and who could blame them?
She was sure they felt the
same
emptiness that was impossible to put into words, yet more real than their thoughts could have imagined. That’s how it was when you lost someone close, real close. Sophie had become
too familiar with that feeling over the last three years and
to say she hated it was far more than an understatement
. She
loathed
the emptiness that today
offered
.

She pulled her black fur coat a little tighter and cast her eyes toward the dark asphalt of the parking
lot
, wondering how this could still be happening. She’d thought herself able to awaken f
ro
m th
is
nightmare, but reality is a selfish wench. Sophie knew that
too
.
And now they were here to see
s
pecial
a
gent, special
cop
,
and special man,
Manfred Robert Williams
,
one last time.

This was freaking crazy.

The man had been invincible, the Guardian of the damned Universe, Captain America in a tie
,
for crying out loud. People like that don’t die
, not here, not in her world
. But no one lives forever
, h
e’d said it himself, and more than once. How prophetic. Good God she hated that he was right
. . .
again.

Sophie
moved to the front of the vehicle and stared up at the
silver
aluminum sign
scripted on the red brick wall:

Sighing, she felt the rush
,
again. That rush of horrendous hopelessness that only shows itself in
situations
like this. The tears came again and
,
this time, she let them.

Dean
Mikus joined her on the
right
,
strok
ing
his groomed beard
in silence, eyes glistening. She felt his heart break for her when he
brushed gently at the tiny stream on her cheek. She never
believed
anyone but Manny could comfort her that way, but the new CSI was full of surprises
,
and she liked most of them.

Alex moved to her
other side
. He had his left hand in his trench
-
coat pocket, still self-conscious about what was underneath the black glove. But she didn’t think that was so much on his mind. Instead, her friend was shaking his head
as if
he was searching for the end of this ruse. Hell, they all were. But you don’t always get what you want.
She reached a gloved hand to both men
,
and they each grasped
one
in silence.

“I don’t know if I can do this, you know?” she whispered.

“None of us
do
, but I’ll be damned if he ships out of here without me saying
goodbye
,” said Alex softly.

“Yeah, you’re right,”
Sophie replied
. “I told him I wouldn’t speak to him again if he left this life before me.” She swallowed hard. “Funny. Now all I do is talk to him.”

Dean sighed,
adjusting his red paisley stocking hat. “I know this is kind of cliché but he’d want us to live life large and not mourn too much. He’s with the God he believed in and, if you follow that line of thinking, having a much better
day
than us.”

“I know. But that doesn’t help missing him so much. I want to kick his ass and
to
hold him so tight he’d choke, both at the same time,” said Sophie.

She squeezed Dean’s hand a bit tighter. “Do you think God will let me smack him around a little when I get there, to Heaven?”

Alex gave her a sad smile. “I think Manny would tell you that you need to work on getting there first.”

Shaking her head at that thought,
fresh tears
sh
one
in her eyes.

Another FBI unit pulled up and parked beside them. Sophie watched as Chloe Franson Williams stepped out of the passenger
-
side door, her red hair flowing free in the wind. She wore the blank stare that had been engraved on her face since they were all told Manny had passed some three days ago after spending s
even
weeks struggling for his life. The knife wound had simply done too much damage and, when the doctors finally had no choice but to go in and try to repair the damage close to his aorta, the surgery had killed him.

Her heart broke a little more. One night. One night. It was all Manny and Chloe had enjoyed as a married couple. That wasn’t right, no matter
Who
ran the universe. Sophie had told Manny’s God a thousand times how unfair that was. He hadn’t answered her yet. But He’d have to eventually because she wasn’t going away.

Chloe was followed quickly by Jen Williams, Manny’s daughter. She was
the
spitting image of her mother, Louise, who had died tragically almost two years ago. She was strong like Louise too. She moved next to Chloe
,
took her hand
,
and then gave her a reassuring smile. Strong wasn’t the word for it.

Josh Corner, the director of the FBI’s Behavioral Analysis Unit
—
where Manny, Al
ex, Dean, Chloe, and she worked—
slid out from behind the wheel and closed the door. He looked their way with those riveting
,
cobalt
-
blue eyes and nodded. He may have loved Manny
as much as
any of them. He was a tough leader but had a heart the size of Lake Michigan and Manny had
helped him through a thing or two. Hard life decisions, like family before profession, and Josh had expressed his gratitude openly. He called Manny the best man he’d met.
Sophie
felt tears well up for a third time. Maybe more for Josh than her, but then again
. . .

The six drew together
,
directed by
some ordained force in the universe
,
and huddled close. Sophie didn’t think it was to get away from the wind and cold but
, instead,
to gather strength for the next part of this miserable journey. They needed
it
; the next few hours were going to be a true depiction of hell on earth, maybe worse.

What the hell is wrong with a world where the good guys die and the bad guys live to laugh about it?

“This is a dumb question
,
but are you ready to go inside?” asked Josh, his voice quiet and strong.
All eyes turned to Chloe and Jen. They both nodded
without conviction.

That was almost the last straw as Sophie felt something give inside.
She gritted her teeth and her spirit.
She couldn’t break now, not now. She had to be what Manny had said she was
:
a warrior. She bit her lip and found more strength.

Josh looked over Sophie’s shoulder and she glanced to see what he was looking at. She looked again. There were hundreds of people coming down Michigan Avenue on both sides of the street. They were dressed in black
;
the civilians, that is. But the other color, police dress blue, was just short of incredible. There were at least three hundred cops, adorned in full dress uniform, heading
toward
the front of the funeral home. It was hard to tear her eyes away but
,
when she did, she saw that Josh was scanning the crowd, not just looking at it. She frowned. Manny was still teaching
,
and this was a Manny lesson,
without fail
. He’d told her not to look at a situation like others did
,
but
to
notice the things that were subtle. Eye movement, hand
placement, posture, frowns, laughs, twitches. They all helped to tell a story that only good cops could see, or better yet, feel.