Read Carrier of the Mark Online

Carrier of the Mark 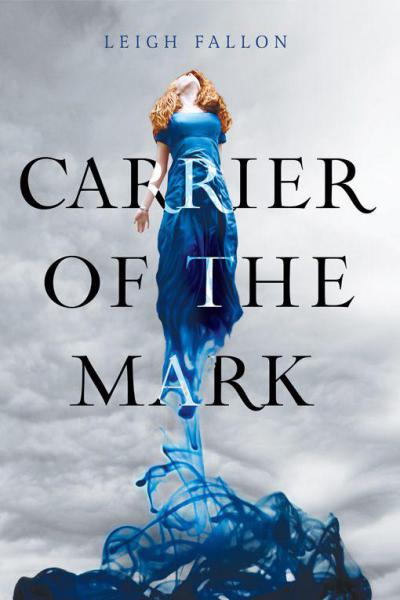 CARRIER
OF THE
MARK

FOR MICHAEL, MY WINGMAN

F
lames engulfed the boat, and my lungs ached as dark, noxious smoke filled the air. I struggled off the dirty makeshift bed and shuffled across the floor, the cable ties binding my hands and feet making my progress slow.

Suddenly a wall of water smashed through the cabin, dulling the flames.

Seizing my opportunity, I threw myself toward the wooden stairs, where the remains of the fire licked their way upward to freedom. I gritted my teeth and reached over to hook the cable binding my wrists on a jagged piece of scorched metal that I could see through the flames. Turning my face away from the searing heat, I tugged down sharply and felt the tie snap. I screamed as the flames burned my skin, but I didn’t have time to worry about the pain. I needed to get out, to warn the others. I had to make sure they were okay.

With my hands free, I released my ankles and scrambled up the still-burning stairs to the deck. Through the haze I could see a group of people on the shore. They stood motionless, staring at the ground. My eyes followed their horrified gazes to the body lying facedown on the water’s edge.

M
y first day at a new school … again. I pulled on the school uniform and eyed myself critically in the mirror. A uniform! I couldn’t believe it. Back in Boston, only the fancy private schools had uniforms. But after some extensive Googling I learned that in Ireland, everyone wore them. Mine was a royal blue V-neck sweater (the letter from the school called it a jumper—I guessed I was going to have to get used to Irish phrases), a gray skirt, and a blue-and-yellow-striped tie. Hideous, of course, but it could be worse; at least I’d blend in.

I scowled at my reflection and tugged at the elastic holding up my wavy brown hair. I seriously needed a little makeup—at the very least, some mascara and lip gloss—but the school had a strict no-makeup policy—a throwback to its convent roots.

Finally semisatisfied with my appearance, I went downstairs, where I found my dad in the kitchen playing on his laptop and mumbling about cables.

“Morning, Dad. Did you get that thing working?”

“Hey, Meg,” he answered, looking confused. “Yeah, it was working fine and then it just died on me.”

“It helps to plug the charger into the wall. That’s what actually charges the battery.” I walked over to the socket, plugged it in, and pressed the power button on the computer.

“The wonder of science,” I said over my shoulder as I popped two pieces of bread into the toaster. “So how do you like your new job?”

“It’s great. Why don’t you come down to the club after school? I’ll show you around. I have a feeling about this place, Megan. This could be the one.”

I hoped that was true. It would be nice to stay in one school for an entire year, even if it meant living in Kinsale.

“Sure, Dad,” I replied. “I’ll stop by after school.” My toast popped up and I buttered it quickly. “I should get going. I have to figure out where all my classes are.”

“Good luck,” he said, glancing up from his computer with a reassuring smile. “You’ll be fine. I’m sure you’ll fit right in.”

The school itself wasn’t far from my house, and on my walk over (all downhill, thankfully) I saw lots of kids making their way in that direction. Nobody really paid any attention to me; in fact, people didn’t even seem to notice I was there. Score one for my unexceptional appearance. At five-foot-five, with pale skin and a sprinkling of freckles, I blended nicely into the sea of faces. I guess I could even pass for Irish, with dark green, almond-shaped eyes, courtesy of my dad, and my mom’s small oval face.

Turning the corner, I caught sight of the school gates, and my stomach fluttered a little. The school, a long, low building all on one level, had a parking lot in the front, and was bordered by basketball courts and grassy soccer fields in the back. I took a deep breath and made for the main entrance, when a pair of eyes caught my attention. Just inside the gate, a tall boy, leaning against a lamppost, was staring at me. A chill ran through my spine and my hands tingled. I balled them into fists and glanced down.
What the hell?
I was so distracted that I took a step forward and walked straight into another girl.

“I’m so sorry,” I yelped, as we stumbled and caught each other. I quickly glanced back at the lamppost, but the boy was gone.

“No problem,” a friendly voice chirped back. “Looking for someone?” She followed my gaze with a curious expression.

“Oh, no. Well, yes, actually. I need to find the principal’s office.”

“Am I that obvious?” I asked, laughing.

“I’m Caitlin,” she introduced herself. “Are you in fifth year?”

Another term I was going to have to get used to. I was a junior back home. “Yep. I’m—”

“Megan,” she finished for me, and smiled apologetically at my shocked face. “It’s a small town. We were wondering when you were going to show up.” She pointed toward the school. “The principal’s office is through the double doors and to the right. Sister Basil.” She pronounced the name with an ominous tone.

I could feel my face paling.
Great. A scary nun
.

“She’s not that bad really,” Caitlin reassured me. “She’s strict, but fair. Keep eye contact with her and agree with everything she says and you should be sorted.”

“Thanks,” I said, turning to leave. I massaged my hands, trying to ease out the pins-and-needles feeling that still prickled through them.

“Good luck! I’m sure to be seeing you later. We’re bound to share some classes.” She waved and walked off.

Thanks to Caitlin’s advice, I got through my meeting with Sister Basil easily. She dispensed with the formalities quickly, gave me my schedule and the school map, then ushered me out of her office.

Classes in Ireland were divided into higher and lower curricula depending on ability. Luckily, I’d made the grade for higher English and I had that class first. I walked down the hall, following the map Sister Basil had given me. When I got to the room it was only half-full of students, most of them talking among themselves. I sat down at the first available desk, opened my copy of
Hamlet
, and tried my best to look engrossed while furtively listening to the chatter around me.

I still couldn’t believe how fast people here spoke, and I was having some trouble getting used to the musical accent. Dropping my pen (accidentally on purpose), I leaned down to retrieve it and took a quick look around. I was surprised by how nervous I felt. I had always taken pride in my ability to adapt—a talent that years of new schools and new friends had helped me perfect—but something about this day felt off. I scratched my neck. It always got itchy when I was nervous. And that prickling feeling I’d had in my hands earlier was back, leaving them cold and stiff. I stuck my fingers under my legs, hoping the heat and the pressure would get the circulation working properly again.

Just then, Caitlin came in. Smiling broadly, she walked toward me.

“See, I told you we’d share some classes,” she said, dumping her books on the desk beside me. She glanced over my head, then did a double take before sitting down and leaning in. “Do you know Adam?”

“Adam DeRís, the guy down the back. Don’t look now, but he’s staring at you.”

I felt red heat climb slowly up my neck, stinging as it passed over my scar. I ached to turn and look.

“I don’t know anybody here.”

“Well, he appears to know you. He’s still staring. It’s weird; he’s normally only aware of his own self-importance. Oh, crap,” she said, flicking her head back to me. “He just caught me looking. Like he doesn’t have a big enough head as it is.”

I strained my eyes to the side, twisting my neck slightly to try to get a look at him, but just then the teacher walked in and promptly got into some heavy Shakespeare.

At the end of the period, Caitlin packed up her books and notes. I stalled, wanting to give this Adam guy a chance to leave so I could catch a glimpse of him as he left the room.