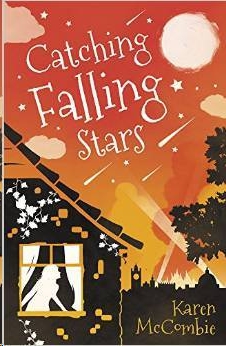 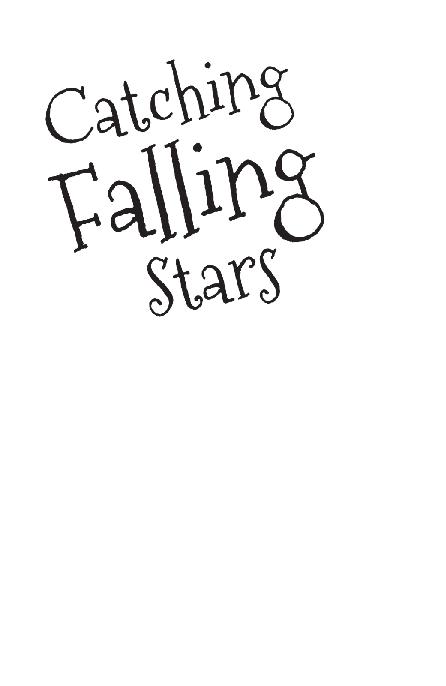 Other great titles by Karen McCombie

The Year of Big Dreams

Life According to…
Alice B. Lovely

Six Words and a Wish

The Girl Who Wasn’t There 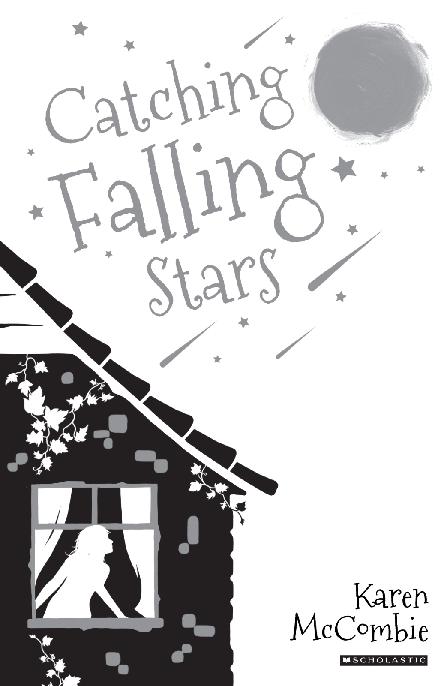 Other great titles by Karen McCombie

Chapter 3 Here But Where?

Chapter 5 What a Welcome…

Chapter 9 Run Away, Run Away

Chapter 10 Making the Best of It?

Chapter 13 The Truth About the Truth

Chapter 14 A Change of Plan

Chapter 21 How to Sew a Truce 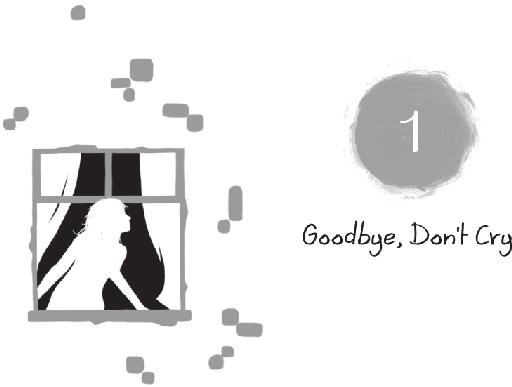 I stand shivering on the doorstep and take a deep breath.

Like every kid who’s grown up in this part of north London, I’m used to the sugary sweetness that lingers over the whole neighbourhood.

At the end of the day, shrieks ring out in our little terraced street whenever parents and older brothers and sisters come home from the Barratt’s factory and hand over broken and misshapen treats they’ve sneaked in their pockets.

But that’s not going to happen today, since there are no children around to shriek and suck on shards of peppermint or striped rock.

Every child in the street, every boy and girl in my class at school.

It’s as if the Pied Piper came and stole them all away.

But they’re not stolen – they’re about to be hidden.

Clutching suitcases, gas masks and brown paper bags filled with sandwiches, they’ll clamber on to waiting trains, which will chug them to unknown destinations in the countryside. By tonight they’ll all be tucked up in bed in sleepy villages and towns far from London, and far from the bombs Adolf Hitler plans to send to our city any day now.

All except Glory Gilbert and her little brother, Richard, whose names
aren’t
on the lists of evacuees.

That’s because when it came to it, Mum and Dad just couldn’t bear to part with me and Rich, especially while the sky stayed empty, and free of danger.

Well, that’s the reason they gave, but of course
I
know the
real
reason we weren’t allowed to go…

“Your face looks funny, Glory,” says Rich, playing hopscotch with himself on the pavement and landing on every crack. “What’s wrong with it?”

“Saying goodbye has made me a bit sad, that’s all,” I tell him, though that’s not the whole truth.

The whole truth is sometimes too much for Rich, since he’s only six and quite a nervy boy.

So if I told him how I was
truly
feeling, it would probably frighten and worry him. He doesn’t need to know that saying my passing goodbyes to everyone just now broke my heart. Or that my chest aches with disappointment, thinking of the adventures my classmates will have without me. Or that I’m frightened and worried myself, of big things like bombs and small things like what’s going to happen with school, since most of the teachers have gone away too.

Poor little Rich; he has no idea that
he’s
the reason we’ve been left behind.

Because of his nervousness, because he’s different enough to be bullied, my parents decided he wouldn’t be able to cope with a new life filled with strangers.

“Thanks, Rich,” I say, twisting the damp handkerchief that’s in my hands.

Rich smiles happily, unbothered by the fact that we’re all alone, the only children in a street full of adults – unless you count our big sister, Lil. But at sixteen she’s all grown up, working shifts alongside Dad. In fact, any minute now, they’ll be heading off to the factory, where they’ll push up their sleeves, Dad minding the machinery, Lil filling sherbet fountains and cutting long rolls of pink seaside rock.

“Glory?” says Rich, flopping down on to his scraped, bare knees and pulling his beloved felt toy duck from the pocket of his long shorts. Duckie takes a turn hopscotching along the pavement – helped by Rich – and does a better job of it.

“Uh-huh?” I murmur in reply, wondering what question Rich has for me.

His mind has a habit of skipping from subject to subject and sometimes it’s hard to keep up. It drives his teacher scatty.

“Did you want to be vacutated like your friends, Glory?”

“
Evacuated
,” I correct him, avoiding his question. Not telling the whole truth is one thing, but if I say “No, I didn’t”, it’s a downright lie.

“Of
course
your sister didn’t want to go!” booms Dad, and I turn to see him striding out of the door of our flat and along the stone-flagged passageway, shrugging his jacket on. “We Gilberts stick together, don’t we? Oi, Lil! Hurry up or we’ll be late!”

Well, Dad might not be right, but at least it saved me from fibbing.

Her yell is immediately followed by the usual
thud-thud-thud
from the flat above, as Mrs Mann – our elderly neighbour – stamps on the floor, letting us know in no uncertain terms how much our family annoys her with our noise and jabbering.

I bet she’d have
loved
it if me and Rich had been evacuated along with the rest of the local children. Still, she’d have been stuck with Lil and her habit of turning the wireless up loud when one of her favourite American swing bands comes on.

At least we know there’s
one
thing that Mrs Mann hates more than us, and that’s the roost full of chickens that Mr and Mrs Taylor keep, in the garden that backs on to ours. When the hens start their clucking and crawing, it’s only a matter of moments till we hear a window whack open and a roar of “Can’t you keep those creatures
quiet
?”

“Hey, what are we all doing out here?” Mum calls out, coming out of the flat ahead of Lil, her hands busy with her apron as she wipes flour off them. “It’s chilly with the door open, you know.”

“They’re waiting for
me,
of course!” I hear Lil call out, and turn to see her sashaying along the passageway as if she’s off to a dance instead of the factory floor. “They want to cheer and wave me off, don’t you, peasants?”

Lil can’t help herself; she always grabs the chance to be cheeky. But I adore her anyway. How could I not, when I have
her
to thank for my name? If she hadn’t called me Glory ever since the moment she stuck her head in my cot and met me, I’d have everyone calling me
Gloria
, like the grumpy great-aunt I was named after.

“Hold on.” Dad suddenly frowns at Lil. “
Tell
me you’re not wearing rouge on your cheeks, young lady!”

“Of
course
not, Dad,” my sister assures him. “I’m probably just a bit flushed because I’ve been rushing around…”

As Lil lies herself out of a telling-off, I’m vaguely aware of a dull droning sound, but don’t take much notice till I feel a small hand slip into mine.

He always says my name three times – like a charm – whenever he’s worried, nervous or excited. And looking down into his long-lashed eyes now, I see pure
dread
.