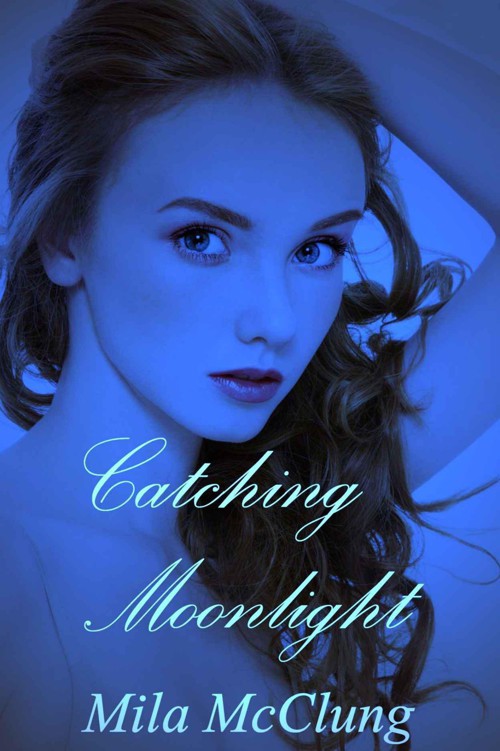 This is a work of fiction. Names, characters,
places and incidents either are the product of the author’s imagination, or are
used fictitiously, and any resemblance to actual persons, living or dead,
business establishments, events, or locales is entirely coincidental.

For all the moonlit lovers.

“And all this belongs to me?” Toby
Styles asked breathlessly as she surveyed the island around her. To the west
was the impossibly blue
Mediterranean Sea
, sparkling like jewels in the
midday
sun. To the east were splendid,
lushly green mountains. And standing like a mirage right in front of her was
the house, the
Thalasa
Selene
,
or
Moonsea
, as it was known by the locals; it was an
enormous, elegant mansion, crisp white, blazing in the sunshine, with cobalt
window frames that matched the curvy roof tiles.

“Yes, Miss Styles, it is yours. Your
late father was adamant that his only child should inherit his home.”

She glanced sharply at her father’s
lawyer, Stephan
Cristos
. His only child – why hadn’t
her father acknowledged her while he was alive, if he had cared so much?

She thought back to the expression on
her mother’s face when the letter arrived at their
New York
brownstone that told of Gregory
Alexandrou’s
passing. Toby had to catch her and walk her to
the sofa.

“He was … oh, Toby, he was my first
love! The most beautiful boy I’d ever seen.
Wild black hair,
the softest blue eyes, like yours.
And that wicked smile … I can still
see it! He was a troublemaker, always getting in wrong with the police or any
other authority. But oh did I love him!”

“So why am I just hearing about him
now?” Toby wondered. She had caught her mother’s cast off phrase “like yours”
and that had started the wheels turning in her mind.

Lauren Styles drew a deep, shivering
breath, gently pulled Toby down to sit beside her.

“I should have told you years ago but
Matt … your dad, well, he didn’t want me to. He thought you might not love him anymore
if you knew he wasn’t really your father.”

“No, Toby, it’s true. I met Gregory
in
Athens
when your grandparents took me there for my graduation
present. We fell in love immediately. I’d never known love like that before, or
since. It was frightening just how desperately he wanted and needed me.”

“Why did you leave him then?”

“Mom and Dad dragged me back to the
States, kicking and screaming. Dad even threatened to have Gregory arrested
since I was still seventeen. I hated him for that!”

“That explains a lot,” Toby sighed,
recalling how cold the air was whenever Grandpa came to visit. Her mom talked
to him politely and all but Toby could feel an undercurrent of icy disdain.
“Did you ever see Gregory again?”

“No, not once.
He thought I didn’t love him enough
because I wouldn’t give up everything and run off with him. Then once I was
home I discovered I was pregnant, with you, and I accepted Matt’s marriage
proposal. He’d been my off and on again beau all through high school. He loved
me so much he was willing to accept you as his own, said no one would ever have
to know.”

“I suppose I should be but I’m not.
It’s all like some strange fantasy. Maybe it’s best to forget it, and get on
with our lives.”

“I don’t think it’s going to be that
simple. The letter is from Gregory’s lawyer. Apparently he was a wealthy man;
he was a distant relation of royalty! Ha! If my father had known that how
different things might have been! He always did take great stock in people’s
ancestry. It says here that Gregory only found out about you a week before he
died of lung cancer. Some investigator noticed your resemblance to Gregory’s
mother and put two and two together. Poor darling! I wish I could have been
there for him!”

She began to sob; Toby wrapped her in
consoling arms.

“It wasn’t meant to be. Don’t you
tell me that often enough when I miss out on something?”

“True. But it seems cruel to love
someone that strongly and never
be
able to see them
again. I still love him, I never stopped.”

“But, Mom, if he had loved you as
desperately as you believe, and he had money, why didn’t he come after you?”

“I don’t know. Maybe he found someone
else. But it doesn’t matter now. He’s gone.”

Lauren dried her tears; sat quietly
for a moment, remembering.

“What else does the letter say?”

“You’ve inherited Gregory’s family
manor and the island it sits on. It even has a name!
Moonsea
!
Sounds downright romantic, doesn’t it?”

“Yeah.
But, Mom, what am I going to do with
an island in
Greece
? I’m supposed to transfer to
Stanford in a few weeks.”

“You have time to fly out and look at
the place. Maybe the lawyer can help you sell it, if you don’t want to keep
it.”

“Will you come with me?”

“Oh, Toby, I couldn’t!” She began to
cry again. “I’ve just lost your father, and now this! I’m not sure if I can
handle any sort of trip.”

“I understand. I’ll book a flight as
soon as I can. I might as well get it over with quickly.”

Now, there Toby was, in paradise,
surrounded by beautiful people and glossy scenery. Her quick trip had stretched
out into three weeks, thanks to some rather confusing laws and a huge language
barrier. And she’d spent those weeks in
Athens
, a busy, dusty, bustling city,
seeing the usual tourist havens and getting antsy about missing her first
semester at Stanford.

All her worries seemed to melt away
as she let the sea breeze flow over her newly tanned skin, bared in spots by
the design of a saucy yellow sundress. It dried the sweat on her freckled brow
and swept her long red hair up into a delicious frenzy. Never in her twenty
years of living had she felt so free.

Stephan
Cristos
openly admired her. He was a black-eyed devil with an infectious grin and a
sleek, cultured accent. He’d told Toby that he studied at
Oxford
in
England
before deciding to chuck it all and
return to
Greece
to sell real estate. She kept
expecting him to ask her out while they were in
Athens
but he was content to be her lawyer
and nothing more. Or was he?

Toby wasn’t very good at reading
signals from men. She’d lived most of her life in expensive private boarding
schools, away from her family – and boys. When the other girls would sneak out
to meet their boyfriends at the theater or the skating rink Toby would hide in
her room, her pert nose stuck in the pages of some hopelessly romantic novel.
Books were her comfort, her real schooling; her only true friends.

When she realized she’d be going to
Greece Toby had a strange hope rise in her heart – that somehow, there in one
of the most romantic places in the world, she would meet a stranger who could
sweep her off her feet and carry her away into a glorious love affair. She kept
the hope hidden like a jewel too precious for anyone to see. At first she
thought Stephan
Cristos
could be the man she’d
dreamed of for so many long, lonely nights but he remained polite and aloof.
And he had a kind of arrogance that she didn’t enjoy.

He was admiring her figure as she
surveyed their surroundings.

“I can’t believe I’m finally here!
And I can move in immediately?”

“Yes, as soon as you want. The house
is completely furnished. And it comes with two servants …
Aella
,
the cook and housekeeper, and Kosmas, the gardener.”

“Servants?
Oh, I don’t need anyone to help me.”

“It stated in Mr.
Alexandrou’s
will that his servants should stay here as long as you own the house. They were
like relatives to him. He would not see them turned out.”

“Well, why didn’t he leave the house
to them? Could I do that? Just hand it over to them?”

“No, Miss, I’m afraid not. The house
cannot change hands again for a year. He was explicit in that as well.”

“Lovely. So it’s going to sit here,
running up property taxes, while I’m in college?”

“No, Mr.
Alexandrou
knew he was dying, so he set aside enough to pay taxes and other expenses for
several years. You only have to worry about keeping the place up. And it
practically runs itself, with solar power and a reservoir of its own. You really
have a unique home here.”

“I can see that. Well, I guess I’ll
go in now. You can get back to your business.”

She held out her hand, he took it,
kissed it like an
Old World
gentleman. Toby’s breath caught for a second; she
savored the charm of his gesture, and the unexpected thrill it gave her.

“I will visit you here soon, if you’d
like.”

“I’d like,” she smiled, trying to
evoke the confidence and sexiness of the heroines in her beloved novels.

“I’ll expect you to call me Stephan,
next time.”

Girl Overboard by Justina Chen
Captured For The Fairy King II by Neneh Gordon
The Bridge in the Jungle by B Traven
Devouring love by Serafina Daniel
Mike Mulligan and His Steam Shovel by Virginia Lee Burton
A Story of Now by O'Beirne, Emily
On Liberty by Shami Chakrabarti
Juliana Garnett by The Vow
Surrender The Booty by Carmie L'Rae
Celestine by Gillian Tindall