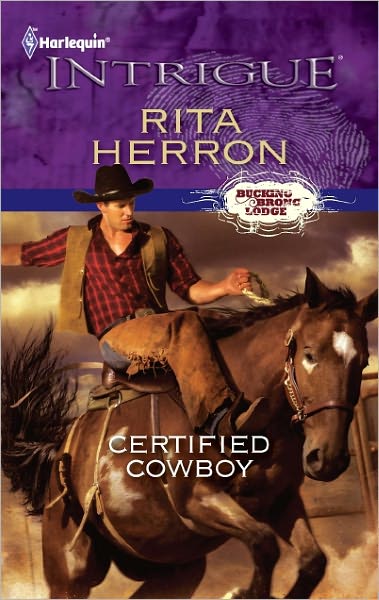 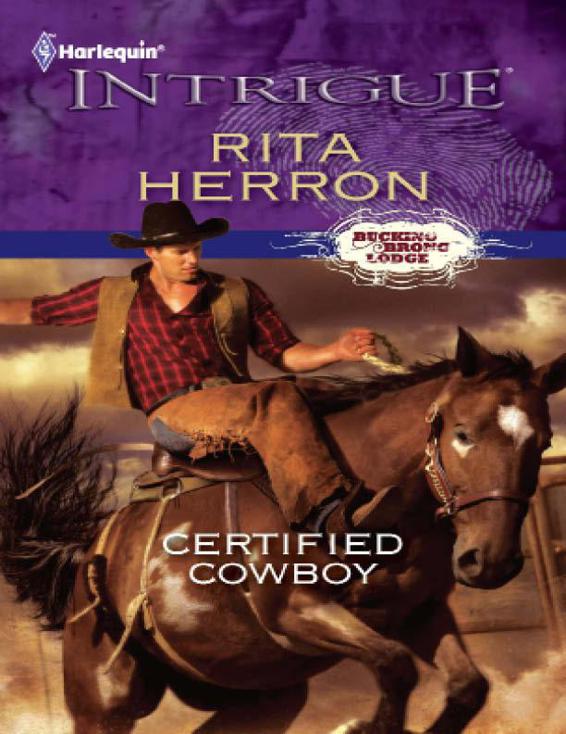 After a successful career as a Texas rodeo champ, Johnny Lang quit living on the wild side. Now he was devoted to a cause he understood all too well: giving kids a second chance. But when he hires a mysterious woman, Johnny knows trouble has reentered his life. Not only is Rachel Presley beautiful, but the fear in her eyes—and in those of her five-year-old son—practically breaks his hardened heart. It isn’t long before strange “accidents” put Rachel in serious jeopardy, convincing Johnny her past has caught up with her. Sharing some of his secrets is the only way to get to the bottom of Rachel’s...even if retelling them could have their own dangerous consequences.

“That’s Cleopatra, but we call her Cleo,” Johnny said. “Come on, Kenny. She’s been lonely and needs a friend.”

Rachel sensed he wasn’t just talking about the dog. That he had figured out more about her from their initial meeting than she’d intended to reveal.

“Cleo was a stray I found on the side of the road,” he said. “She’d been abandoned and abused. She needs someone to love her.”

And somehow he’d picked up on the fact that her son needed stability. Peace. Normalcy.

She let him guide her toward the dining hall. They would stay, she decided.

But at the first sign of trouble, that her ex had followed them, they’d hit the road and never look back.

Award-winning author Rita Herron wrote her first book when she was twelve, but didn’t think real people grew up to be writers. Now she writes so she doesn’t have to get a
real
job. A former kindergarten teacher and workshop leader, she traded her storytelling to kids for romance, and now she writes romantic comedies and romantic suspense. She lives in Georgia with her own romance hero and three kids. She loves to hear from readers, so please write her at P.O. Box 921225, Norcross, GA 30092-1225, or visit her website at www.ritaherron.com.

Johnny Long
—This sexy rodeo star turned rancher has problems of his own. But when danger strikes, he wants to protect a single mom and her son. Only she has secrets in her eyes, and Johnny must protect his heart.

Rachel Presley
—She’s running for her life. Will her ex-husband catch her in the end?

Kenny Presley
—The little boy craves a home and a family. Will he find it at the Bucking Bronc Lodge?

Rex Presley
—How far will he go to get his wife back? And when he does, will he kill her as he vowed?

Rich Copeland
—The rich rancher who owns the spread next to the Bucking Bronc Lodge is adamantly against housing troubled kids next door. Would he sabotage the ranch and endanger lives to make the ranch fail?

Ricardo Mendez
—The orphaned teenager is out to cause trouble. Could he be making problems at the ranch?

Frank Dunham
—An ex-con who’s working at the ranch and a friend of Carter Flagstone’s, a man who had a vendetta against Johnny and his friend Brandon. Would Carter pay Frank to cause trouble as a way of getting revenge?

Dewey Burgess
—He attacked Rachel in the barn. Did he have his own agenda, or is he working for Rachel’s ex?

To a great friend and writer, Delores Fossen—thanks for talking up the cowboys!

Her ex-husband’s sinister voice made her body convulse with fear. Rex had found her.

“No,” she whispered in a raw voice. “Please…” She tried to pry his hands from around her neck, but his grip tightened, and his fingernails dug into her throat, closing off her windpipe.

It couldn’t be real. She was dreaming again. Having another one of the terrifying nightmares that had dogged her since she’d left Rex.

But a wet tongue trailed a path down the side of her face. A very real wet tongue. “I’d forgotten how beautiful you look when you’re sleeping, Rach.”

Nausea flooded her. How had he found her this time? She’d covered her bases, changed her name again, hadn’t left a paper trail behind…

But the acrid scent of sweat and whiskey breath told her that she hadn’t been smart enough.

Rex’s heavy weight pressed her into the mattress, and stirred her panic to a frenzy.

“Just tell me you’re sorry and come back to me, Rachel.” Another swipe of his tongue and he ground his crotch into hers. “You want me,” he murmured into her hair. “I can feel it.”

“No,” she whispered. But her efforts to escape were cut off as his hands tightened around her throat.

“Yes, you do. Say it.” He kneed her legs apart with his and rubbed the rough stubble of his jaw against her face. He’d always thought it was funny to hear the rasp of his whiskers scraping her delicate jaw. And he’d taken pride in the whisker burns he left behind. He liked to mark her, brand her like a piece of cattle, so any man who looked her way recognized that she belonged to him.

“Our son needs me, too,” Rex murmured. “And I intend to be there for him. To teach him how to be a man.”

Over her dead body.

Ever since she’d left Rex, she’d been prepared for him to find her. Attack her. Beat her up. Try to kill her.

He had once before.

“After we make love, you can whip us up a batch of pancakes,” Rex said. “Kenny will be happy to see me, won’t he, Rach?”

The thought of Rex touching,
fathering
her precious son sent rage through her, and she summoned every ounce of strength she possessed. Kenny would never be subjected to Rex’s violent mood swings.

But Rex had gained weight and he was even heavier than she remembered. She had to use her wits to gain advantage long enough to retrieve her gun.

“Rex, please…you’re choking me.” She lifted her hips slightly as if she was warming to his touch, and in the moonlight streaking the room she saw a slow lecherous smile spread across his face. Rex was such a narcissistic man that he still believed she’d fall for his charms.

“That’s it, baby. Show me you still love me.” His hands slid down her throat to her breasts, then he shifted slightly, ready to shuck his jeans.

Taking advantage of the moment to strike, she raised her knee and slammed it into his groin, then shoved him backward with all her might. Rex bellowed in pain and shock, and she reached sideways below the mattress and grabbed her gun.

He lunged at her, but she flicked off the safety and pointed the barrel at his chest.

Shock made his eyes bulge. “You wouldn’t, Rachel. You’re too soft.”

“You changed that,” she said sharply. Keeping the gun trained on him, she slowly pushed herself up on the bed and slid off the side. He started to move toward her, but she shook her head and cocked the trigger, then yanked open the drawer to her nightstand and removed a pair of handcuffs she’d bought at a pawn store.