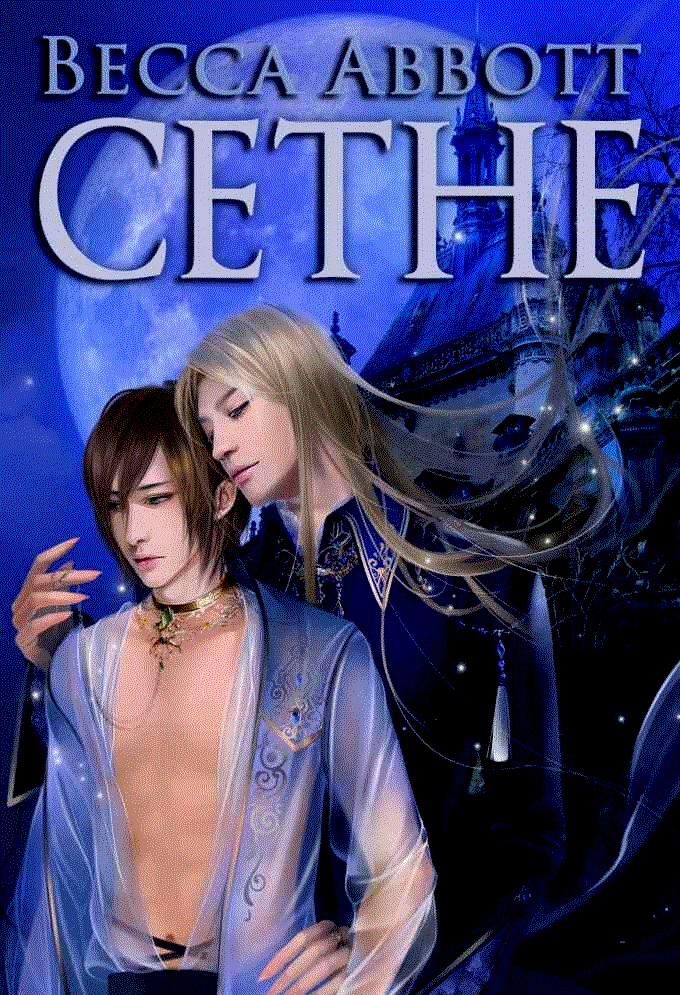 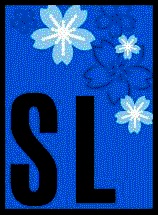 This is a work of fiction. Names, characters, places and incidents either are the product of the author’s imagination or are used fictitiously, and any

Al rights reserved. No part of this book may be used or reproduced in any manner whatsoever without written permission, except in the case of brief

Cethe is dedicated to My People, Kate and Diana, for al their encouragement and support.

I am Loth, God of the Earth, the Seas and the Heavens. As I have created all things, so do all things move according to My

Will. To Men, most beloved of my creations, do I hold a Covenant: Give to Me what is Mine and I shall defend and uplift you. Be

righteous in My eyes, do no harm, defend the weak, exalt My Name, and I shall see that your children’s children continue, fruitful

and strong, until the End of Days.

The Covenant of Loth

Just as there is night and day, dark and light, good and evil, so are the powers of magic found in the twain. Lothria is that

which comes from the Bright Stream, named for God, and filled with His power of good. k’Na is the power of destruction,

manifesting only in those who turn their faces from His Light. Cursed are the lost souls who seek the Dark Stream to raise

themselves up and to destroy that which Loth has set in place. Cursed be the naragi, who would make themselves gods and bring

catastrophe upon us all!

A demon wind raced down from the north, driving rain and thunder before it. Stefn Eldering limped up the tower stairs, his bad

foot aching. It was always a chore to navigate the steep, winding stair, but the solitude waiting for him at the top was worth the effort.

and forth on it, traveling between Tanyrin and their lost cities north of the great Lothwal mountains. Stray cattle or herds of black-

tailed deer were the only travelers on Targa these days. The watch tower had become a catchal for broken furniture, trunks of old

clothing—and a sanctuary where a despised younger son might escape from the taunts and derision of his more robust kin.

Stefn labored up the last of the steps to the landing, pausing a moment to catch his breath. Pushing open the heavy wooden

door, he stopped, heart lurching at the sight of the man standing before a window, looking south. Brother Michael!

“I’m sorry! Is this your special place?” The cleric indicated a chair and reading table set by the window. “If so, I apologize for

“So I see.” Brother Michael bent and picked up the copy of Harrington’s lying open on the table. He lifted an eyebrow.

The book had been written before the Reformation. Much of what it discussed had been considered outright heresy by

Instead of issuing a stern rebuke, however, Brother Michael only set the book down and bowed very low.

“I’m sorry, Master Stefn. I should have asked permission before I began wandering about.”

Disarmed, Stefn replied, “N-no … It’s al right.” He glanced over the cleric’s stooped shoulder. Through the window and out

along the road, he saw movement.

“Are you certain?” Brother Michael came nearer. He was a plain man of indeterminate middle-age, already shuffling like an

elder. His brown hair fel into his face, lank and dul . Spectacles with thick, smoked glass obscured a gaze usual y turned down in

Stefn’s looked again to the window. This time, there was no mistake. Men! Men on horseback! A hunting party gone astray?

Stefn stepped around the priest and threw open the casement, leaning out to see better. Surely there were too many riders for a

“Bandits!” he cried in sudden realization. “By Loth, Brother! Those are bandits! We must tel !”

But suddenly, he could not move. A voice came from very far away, rhythmic and ominous. His own words stumbled and went

silent. Horrified, he could do nothing but stare straight ahead, listening to the rustle of long robes as the cleric went to the window

and closed it. Brother Michael stood a moment, staring through the dirty glass.

Then he turned. Without hurry, he walked back to Stefn. The air shimmered around him. He reached up and removed his

spectacles. For the first time, Stefn saw his eyes clearly: they were a unique, silvery gray. Narani gray. A taint!

The false priest reached out and brushed back Stefn’s dark hair. Helpless, the young nobleman could only glare back at him.

“What a pity you had to come up here just now.” Even Brother Michael’s voice had changed. It was stronger, colder, without a

trace of the priest’s former diffidence.

Why had Stefn thought him middle-aged? He wasn’t. He was only a few years older than Stefn himself and inhumanly

The taint’s smile sent chil s up Stefn’s spine. “Death is coming to the House of Eldering,” he said softly, “and we wouldn’t want

you to raise the alarm, now would we?”

The flaming arrow hung against the dark before winking out, a single star in the starless night. Prince Severyn Evendor

Lothlain lifted his hand. On the road behind him, his men came to attention, accompanied by a rattling of weapons and armor.

“Final y!” Lord Auron Chal ory, heir to the parish of Drosdor, scowled toward the sky. “It’s about to rain!”

Forrest was already master of his own estates. A marquis, he was distantly related to the royal family. He’d pledged men and money

to Severyn’s quest, just as the others had. “We’ve work to do.”

Bloody work, thought Severyn, and for which he might yet face the wrath of Loth.

Erich Dore, the third member of Severyn’s rebel group, rose in his saddle to look over the open expanse of grasslands to the

castle. “How many Hunters are garrisoned here?”

“Fewer than we feared. According to Michael, only one unit,” replied Severyn.

“Just one. Eldering himself.”

“Maybe we should have brought more men.”

“You’re not serious, are you?” Auron asked, feigning disbelief. “These are Demon Hunters. They’re accustomed to running

down helpless h’nara, not defending themselves against actual warriors! As for the earl’s lothrian powers…” The dark-haired

nobleman’s mouth twisted. “From what I hear, he wears the title knightmage as a courtesy only.”

“Auron’s right. Besides, bringing too many men would raise suspicion,” Severyn reminded them. “This is, after al , official y a

They rode through the sparse line of trees, leaving the old road and crossing open fields. Michael had, indeed, seen to Shia’s

massive front gate. It stood wide open as they approached, revealing a pitched battle in the outer courtyard. Soldiers in Church

colors fought desperately against a horde of rough, ragged men. Both groups scattered as Severyn’s party thundered into their

And if most of the soldiers who fel thereafter wore uniforms of green and gold—wel , how could one tel who struck who in al

that smoke and chaos?

Battling through the inner gate, they found more Shian dead and more of Iarhliath’s men clearly enjoying their bit of theater.

Jerry himself was in the keep, colorful y attired in filthy leather and wool, dispatching a Hunter officer with enthusiasm.

“Don’t think so,” replied Jerry, breathless. “I heard he’s holed up in the Great Hal with his father and a couple of vassals.”

“Hiding in the attics.”

Severyn grinned. More of Mick’s canny work, no doubt. Leaving Iarhlaith and his men to continue their lethal play-acting,

Severyn went in search of the Great Hal . He found a crowd of “outlaws” gathered before its massive double doors, several of the

The four young noblemen added their strength to the assault on the door and a loud, ominous groan fil ed the crowded

corridor. Wood splintered and cracked and the doors flew open.

Whooping and howling, the invaders poured into the great hal . Met by more Hunters, they fought across the gleaming

flagstones toward a smal knot of men gathered at the far end of the room.

“HOLD!” the prince shouted. To Forry, he murmured, “See that no one from the castle comes in here.”

Nodding, the marquis headed back to the broken doors, cal ing the soldiers after him. Severyn and Auron continued toward

the earl and his companions.

“Prince Severyn?” The old man’s sword dipped slightly. “What is this? What are you doing here? The outlaws…” His eyes

widened. “They’re under
your
command?”

Severyn stopped just beyond reach of their swords. The earl was a large man and, in spite of his age, powerful y built. His

son stood beside him, a miniature version of his father. Severyn didn’t recognize the others; local gentry, most likely, vassals to Shia.

He saw no sign of the youngest son, the sin-catcher, but that one was Michael’s business.

Eldering’s heir and the vassals would be no trouble. It was the old knightmage, the edge of his sword already glowing white,

who was the immediate problem.

“What treachery is this, Lothlain?” The earl’s voice shook with anger and disbelief. “Have you run mad?”

“I’m sorry, my lord, but I have need of Shia. I doubt, somehow, you’l give it peaceful y, but I wil al ow you this one chance: join