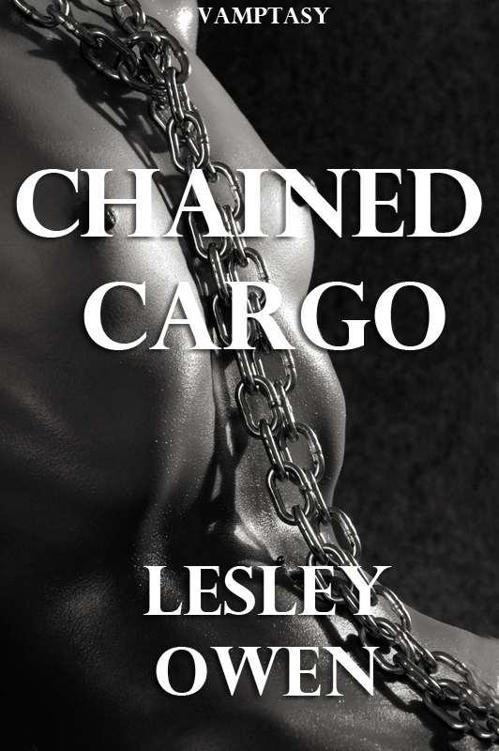 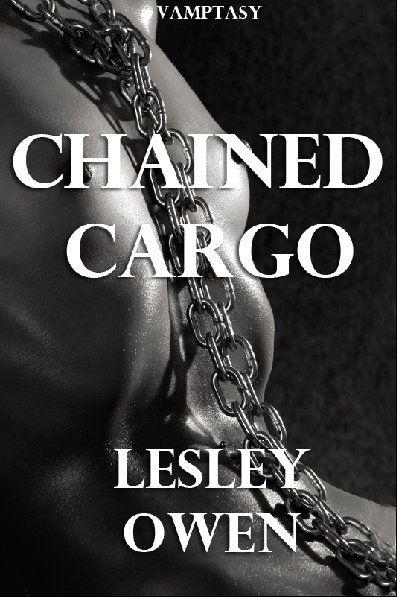 The right of
Lesley Owen
to be identified as the author of this work has been asserted by her in accordance with the Copyright, Designs and Patents Act 1988

To Georges for Marie-Gabrielle

8. The Battle for The Angustias

In the captain’s cabin of the Scorpion, a naked woman was pulled up on to her toes and spread-eagled by two heavy iron slave bars. Each bar was four feet long with loops at each end for her ankles and her wrists. A taught chain from the centre ring of the upper bar ran through a large ring in one of the cabin’s roof beams and was secured to a wall timber. The woman had been left waiting for some time in the hot and stuffy atmosphere and she was nervous; beads of sweat ran down her body.

The door opened and a tall
imposing
woman entered, tossing her black leather
three cornered
hat on to a nearby chair. She was dressed in a
long
black velvet
coat and matching pants
, which were
tucked into black thigh boot
s. She always wore black; the only exception was her white blouse under her jacket with its frilly front.
She was in good shape
,
strong for
her
nearly
forty
years and well-proportioned for her six feet.
Her long greying hair was held in place by a black scarf wrapped around her forehead and tied at the side. She had an attractive face, but it bore the signs of hardship.

She approached the naked woman. “Do you know who I am?”

“Yes. You’re the buccaneer Captain Quinn; captain of the Scorpion.”

“What else do you know?”

Quinn caressed one of the woman’s breasts, then her nipple. “That’s all true, but I like men too. Do you know anything more about me?”

“Ah! They say that do they?” Quinn moved around the woman and caressed her backside. “Well that’s true as well. But I usually prefer to watch - a habit I picked up in prison. So I suggest that you answer all my questions.”

Quinn returned to the woman’s front and her nipples. “You’ve got a nice body, nice large tits, nice arse; it interests me. Your nipples are hard now. How old are you?”

She ran her hand up and down the woman’s stomach; the woman trembled.

“Have you been with many men? Or women?”

“My men tell me that you come from the De Moncey plantation on Guadeloupe?”

Sarah’s breathing was getting quicker. “Y…yes I work there as a governess. Oh please...”

“You must know Danielle de Moncey then?”

“Ah! Why were you in St John’s and not back on Guadeloupe?”

“I was sent to pick up a wedding dress.”

“So all this about a wedding on Martinique is true?”

“It’s common knowledge on Guadeloupe. It takes place in a week’s time at the Saint Louis cathedral, Fort de France.”

Quinn was now standing close at Sarah’s side, her legs astride her outstretched thigh. She caressed the woman’s nipples once more with one hand and her backside with the other.

“So when does the family leave?”

“W…when I left I was told that the departure would be several days in advance, ready for the preparations. Please… I’ll tell you everything!”

“I know you will Sarah. For now all I need to know is when they’ll leave, the name of the ship and who’ll be on board.”

Quinn’s hand had moved down from the woman’s nipples and was now exploring between her legs.

“Oh! Oh please! The ship’s the Espadon and it was due to leave Point
à Pitre
this morning!”

“Françoise de Moncey will be aboard. That’s all I know! Oh please!”

“Are they going directly to Martinique?”

“I think they have to stop at Dominica for some of the family! Oh! Her father Pierre de Moncey came with me to Antigua and then went over to St Kitts. I think he’ll meet them over there. Oh please!”

She trembled and panted. “Please stop!”

“If I continue to caress your cunt you’ll come, won’t you?” Sarah did not reply and looked away towards the window. She was now shaking in her bonds. “Well, you’ve been a good girl. Kiss me and you can come.”

Sarah turned and opened her mouth to Quinn’s. Quinn’s hand worked her crotch and she shuddered and grunted as they kissed. She pulled her mouth away and yelled as she came.

“You liked that you young slut.”

Captain Jacqueline Quinn
left her cabin for the quarter deck.
Quinn’s real name was Christine Cartwrigh
t, who in her twenties
had
suffered
many years
of
hard labour
at t
he French
penal colony off French Guiana
.
Her years there
had
left their mark and had
made her tough
. She had also served many years under the buccaneer Captain
John Booth
and
had learnt her pirate trade well. She
now commanded a crew of f
if
ty on her ship
and
was
an excellent captain,
well respected by her all male crew.

It was late morning and the
Scorpion
was under full sail surging through the Caribbean between Montserrat and Antigua. Standing next to the helm was Quinn’s First Mate
,
a huge negro called Fletch.
Black as ebony
and
all muscle
,
he was nearly seven feet tall
and
towered
above
his
captain. He was an escaped slave from a plantation in Barbados and had been Quinn’s right hand man f
rom the start
. His notorious reputation was
wide-spread. He was extremely strong and a cold blooded
killer
-
but
amongst pirates he was renowned for
his huge cock
. It was rumoured to be
a good twelve inches
long
and
as
thick
as a woman’s wrist.

Quinn turned to Fletch. “
The girl has told me that
the daughter of
count Pierre
de
Moncey
is
aboard
a ship called the Espadon
.
Have you heard of her?”

“Aye cap’n. Iz remember her. She used to be
the British gun brig HMS Hardy, a square rigger taken
by the French two
years
ago
.
Sheez
smaller and less well armed
than us. Crew thirty tops.”

“Excellent! She l
eft Pointe à Pitre
this morning bound for
Martinique.
The race is on! Let’s try and take her before she gets to Martinique!
It’s a fine morning Fletch and we’re making good progress
.
With this wind we should reach Basseterre Guadeloupe by this evening.”

“Weather
z
good cap’n - sea smooth. If we push
during the night
we
ez
could be reachin’ the north point of Dominica by mornin
’
.”

Quinn called over to Tom Swift, her quartermaster who was mid-ships. “I’ve some fresh flesh for you in my cabin Tom! Give her a light whipping with a single-tail and see if she knows more about the Espadon’s cargo. I’ll join you in a few minutes.”

Swift needed no encouragement. “Aye, aye captain! If thems your orders! Nice looking wench!” He passed the captain grinning, picking up a length of rope as he went.

Tom
Swift
was a handsome man in his early thirties. He
had deserted the Royal Navy
at English Harbour,
Antigua some years previously and had joined the
Scorpion
after
spending a heavy night in bed with
Quinn in an inn. He was known to be favoured by the captain
and she often availed herself of his services
.

As quartermaster Swift
was in charge of distributing
s
upplies, delegating work,
as well as
guarding and dividing plunder.
He
also maintained order
- w
hen discipline or punishment was necessary, only he or the captain could
usually
give it.
Swift also helped
decide wh
ich
ships were worth
attacking
and often led any boarding party, ultimately deciding what loot to keep.

The rest of the
Scorpion’s
crew were a mixture of no goods
that
had moved from ship to ship
, but most liked being on the Scorpion, she was profitable
.

Quinn turned and yelled to the crew. “I
t’ll be double rations of rum for all tonight if we make Pointe Noire before sunset!
”

Quinn looked thoughtfully at t
he imposing shape of the volcano Soufrière on Montserrat looming to their port side
then
turned back to Fletch with a grin. “
I’m feeling good on this one
!
You’ll both dine with me in my cabin tonight
and we’ll discuss plans.
”

One Foot In Front of the Other (Free Story Friday) by Hilden, Josh
The 22 Letters by King, Clive; Kennedy, Richard;
My Brown-Eyed Earl by Anna Bennett
Jigsaw Man by Elena Forbes
Base Camp by H. I. Larry
Far-Fetched by Devin Johnston
Fly by Night by Frances Hardinge
Clandestine by Nichole van
Just for Kicks by Robert Rayner
Down: Pinhole by Glenn Cooper