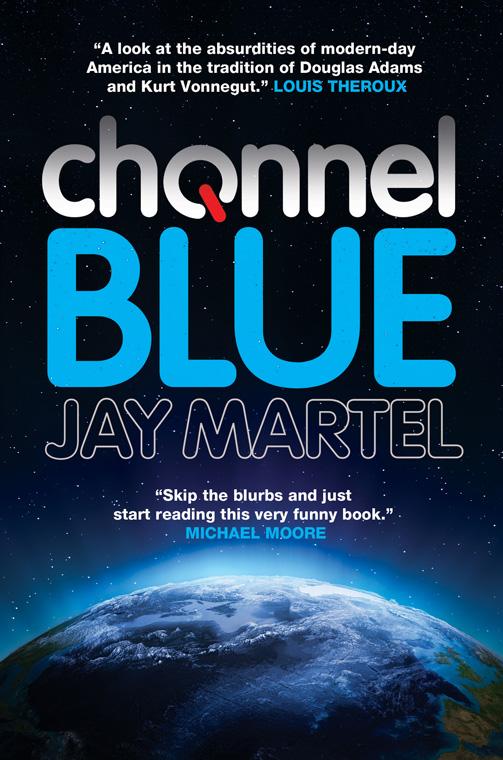 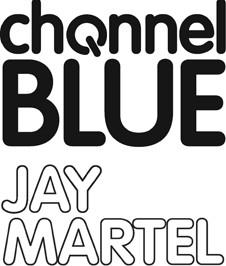 God is watching us from a distance.’

To: Interplanetary Board Members

Re: Strategies to Maintain Current Prime-Time Dominance in Western Galaxy

Mankind’s greatest quest is no longer for food, or shelter, or freedom, or even to pass his genetic material onto future generations. Today, mankind’s greatest challenge is to avoid boredom. Without a steady and cathartic flow of quality entertainment, we know all too well that humanity would soon turn violently on itself and, in time, cease to exist.

That is why our work is so incredibly important.

As you are all aware, we have always taken quite seriously the provision of the very best entertainment to our fellow Edenites. In the last few centuries, we have seen exciting growth as our company has moved into new worlds, establishing planetainments throughout the galaxy. Last year, at the Extra-Planetary Entertainment Awards, we took home Orbys in 217 of 573 categories, and this year we’ll do even better. I am presently supervising the construction of
CrazyWorld 67
in the Horsehead Nebula, and I can tell you all right now that it’s going to be the craziest world yet. In other encouraging news,
SlutPlanet
is up and running over in Rigel 4 and completely dominating its time slots.

As most of you know, I started out as a travel agent. The two businesses have a lot more similarities than you’d think. In both, we expose our customers to new experiences, immeasurably enriching their lives. And in both businesses it’s important to know when it’s time to move on. In this case, I’m referring to our planet in the Orion Arm. As you all know, I have a strong attachment to this particular world. It was my very first planet and without it I would never have become part of the Galaxy Entertainment family. But no one can deny that its programming has fallen off quite a bit in the last few seasons, and while I, more than anyone, appreciate the quality shows that have been produced there in the past, I also need to recognise that the storylines have become too bizarre, the cast too unlikable to sustain the ratings we have come to expect. I think we can all agree that this planet ‘jumped the shark’ a long time ago. Plus, the resources spent on this single world could be used to develop several planetainments in less-expensive solar systems.

As a result of these considerations, I regrettably feel that the time has come to cancel Earth.

Perry Bunt pronounced the word slowly and solemnly, hoping this would help it sink into the skulls of his screenwriting students.

‘Without believability, you have no hope of involving the audience in your story.’

The students in his 10 a.m. class stared back blankly at Perry, their minds occupied, no doubt, with how to argue the believability of a dog with extrasensory powers or a flying baby. On the one hand, Perry couldn’t help but admire the courage of their convictions. Once he too had possessed this kind of confidence.

Not so long ago, Perry Bunt had been known as one of the premiere Idea Men in the entertainment business. It seemed like everything he set his eyes on gave him an idea for a movie. One day he picked up his phone and thought, ‘What if I could call anyone on this – even dead people?’ and in a flash, the entire story unfolded before his eyes (
Guy gets mysterious call on his dead wife’s phone telling him who killed her
). Later that week, he optioned ‘Dead Call Zone’ to a major studio.

There were days when Perry’s mind was so full of stories that there wasn’t room for anything else. The problems began when he sat down to write them. For while Perry possessed a keen sense of what made a story interesting (‘the hook’ in the parlance of the movie industry), he was mediocre when it came to actually putting words onto a page (‘the writing’ in the parlance of the movie industry). Staring at his computer screen, Perry had a terrible realisation: dreaming up a story had almost nothing to do with writing it. Dream-ing was inspiring and fun; writing was gruelling and difficult. While dreaming required little follow-through, writing demanded almost nothing but. Perry, it turned out, had very little follow-through.

The executives he worked for were even worse. Jittery at the thought they’d spent hundreds of thousands of dollars in vain, they’d tell Perry they absolutely loved what he’d written and then proceed to pepper him with haphazard notes – ‘Consider changing the boy to a dog’; ‘Let’s talk about changing the dog to a cat’; ‘We all agree that the cat isn’t working and that a boy would raise the emotional stakes’ – the movie-industry equivalent of the panicked screaming you might hear in a burning airplane plummeting towards the ground. When confronted with these contradictory ideas, Perry would further torture his mauled script and then, eventually, give up and chase the next Big Idea. It wasn’t that he was a bad writer; if he’d been forced to work exclusively on one of his many stories, a good script would have no doubt resulted. But he was always tempted away by the
next
script, convinced that this would be the one that would prove irresistible to filmmakers and audiences. Ideas, like relationships, are always more exciting when they are new.

‘You get six, sometimes seven scripts before they find you out,’ his first agent had warned him. Sure enough, after Perry sold his seventh script – and that script, like all the others he’d written, was never made into a movie – his career began a long ride downward. It took a while for him to realise what was happening. The true Hollywood ending is no ending at all; there is no fade to black, no elegiac music, no credits. There is only a phone that doesn’t ring. Perry learned that no news wasn’t good news, but was instead bad news taking its time. He had once dreaded the phone calls – the phoney banter, the ubiquitous schmoozing, the mendacious puffery – but now he missed them. He wouldn’t mind if someone called and lied to him, as long as they called.

For a while, Perry still found work in the entertainment business. On
Hey, Hey Fiancée
, a television show featuring newly engaged couples on a tropical island, he was tasked with devising ways of breaking up the affianced. Sickened by the experience, he quit after two episodes and vowed never to work in the so-called reality TV genre again. Had there ever been a more egregious misnomer than ‘reality TV’? In what kind of reality do people routinely become craven animals on display?

His principles came at a high cost: after
Hey, Hey Fiancée
, he could find employment only on a children’s show about a talking wombat, which was soon replaced by a cartoon featuring hyper-aggressive koala bears. After scripting an industrial for a juicer, Perry hit the end of the line: teaching.

It was a shock from which he had yet to recover. ‘Bunt’s a Hit’ proclaimed a
Variety
headline that Perry still carried in his wallet. Yellowed and torn, it was a small signifier of his denial that this same Bunt was now teaching eight classes a week of Beginning Screenwriting at the Encino Commun-ity College, where he made it a personal mission to break young writers of the delusions he saw as his undoing.

‘Ideas are a dime a dozen,’ he told his 10 a.m. class. Perry surveyed the students, holding his smallish frame as erect as possible to emphasise his seriousness. Though he had once been considered handsome, with delicate features framed by dark curly hair, that was when a Bush was President, and it wasn’t the one who stayed in Iraq. Now in the last gasp of his thirties, balding and a little thick around the middle, Perry’s features appeared misplaced on a head that seemed too big for them. ‘It’s all about follow-through. It’s all about execution. It’s all about
grounding your scripts in reality
.’

The impetus for his well-worn lecture on believability was a scene written by a large goateed boy–man named Brent Laskey, one of the students Perry referred to as the
Faux
rantinos. Perry’s least favourite filmmaker was Quentin Tarantino, not because of his movies
per se
, but because every time he made a movie, a thousand Brent Laskeys bought screenwriting software, convinced that writing a film consisted of nothing more complicated than thinking up new ways for people to die.

Brent’s screenplay was about a med-school student who pays his tuition by moonlighting as a hitman for the Mob, then discovers a cure for cancer. It was among the class’s more plausible scripts. In the scene up for discussion, the hitman is attempting to assassinate a Colombian drug kingpin. When his sniper rifle jams, he steals a helicopter, flies it upside down, and improbably decapitates the kingpin and his bodyguards.

‘Without plausibility, you have no credibility,’ Perry said, winding up his all-too-familiar rant. ‘And when you lose credibility, you lose your audience. Any questions?’ The students’ expressions remained resolutely blank, as if their disinterest was all that kept their bodies propped upright. Perry was about to return to the open script on his desk when a hand shot up in the back of the class. Perry was pleased to see that it belonged to an attractive young woman in a blue jacket. This woman’s name was Amanda Mundo.

Perry’s students generally fell into two categories that he labelled ‘the geniuses’ and ‘the nut-jobs’. The geniuses were laconic, arrogant young men and women who dreamed, like Perry, of being successful writers. This class was a tedious necessity for them, a stepping stone to surpassing their poorly dressed, caffeinated instructor and being recognised for the geniuses they were. When Perry praised, they listened attentively; when he criticised, their eyes glazed over as they travelled in their minds to the ceremonies where they would gratefully gather their Oscars, pausing long enough in their acceptance speeches to attempt to remember, without success, the name of that discontented, sloppy little man who was once their teacher.

Perry disliked these students the most because he had been one of them.

Then there were the nut-jobs. These were students like Doreena Stump, a born-again 52-year-old night nurse who was honing her skills to ‘deliver the Good News to Hellywood’. Her 200-page screenplays inevitably involved heroes who were handsome Baptist ministers, villains who were Volvo-driving atheists, and miraculous events: many, many miraculous events. Perry thought about reading them the same way a doctor thought about treating a penicillin-resistant strain of pneumonia.

Finally – or in Perry’s mind, ultimately – there was Amanda Mundo. Amanda transcended categorisation. Seeing her stride unselfconsciously into his morning class – her open smile, her freckles seemingly arranged by a mathematical genius for maximum adorableness, her long blonde hair perfectly swept over one shoulder – had become the highlight of his days. She had the daunting beauty of a Teutonic supermodel, but none of the harshness. Her warm hazel eyes crinkled in the corners whenever she smiled or laughed (which was often), and the irises were universes unto themselves: swirling pools of blue, green and grey, the black pupils haloed by coronas of gold. She spoke in a lilting voice with an accent that Perry couldn’t place. South Africa? New Zealand? It was just exotic enough to make her even more appealing, if that were possible.