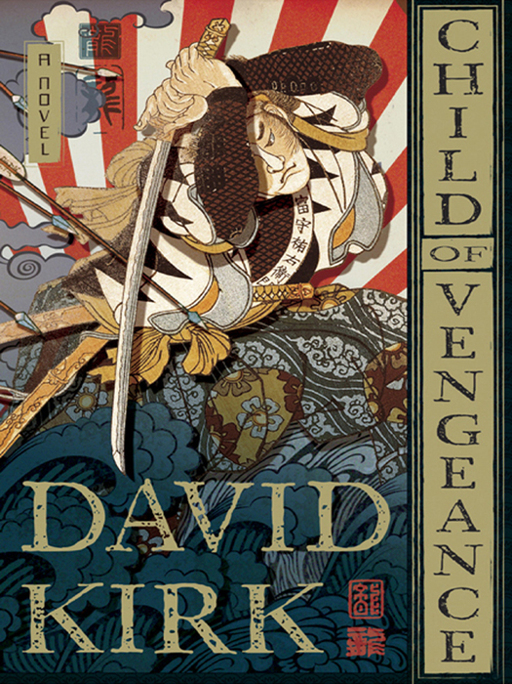 Copyright © 2013 by David Kirk
All rights reserved. Published in the United States by Doubleday, a division of Random House, Inc., New York.

A novel of fathers, for my father, Frank
I’ll work an Uzi into the next one somehow, I swear
.

Many people claim that

the resolute acceptance of death

is the way of the samurai.

However, these people are wrong;

warriors have no monopoly on this virtue.

Monks, women and peasants too

No; the true distinction of a samurai

lies in overcoming other men

and bringing glory to himself. 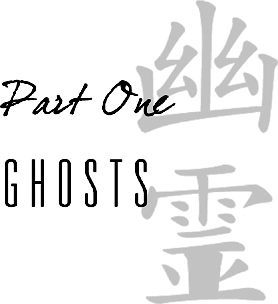 The armor sits, as it has done for eight years, empty. The boy stands at the edge of the room looking at it, clenching and unclenching his fists. He loathes and he loves what is before him
.

The house around him is dark and silent. It is big enough for a dozen, but the boy alone lives here. He is the son of samurai, and so he is tended to by the peasants of the village. He wants for nothing—the house is cleaned, the garden pruned and raked, food always within chests and barrels—but he never sees his custodians. They are fearful of him and of this house, and he is cared for as if by phantoms
.

The boy is called Bennosuke. The armor is his father’s. His father is not dead, but gone. In his absence the armor must be maintained, but the peasants cannot permit themselves to touch such a thing. Thus it falls to the boy to clean it, and he has done so for almost as long as he can remember. He bows to the suit as he would to the man, and then approaches on his knees, his eyes downcast
.

The armor is magnificent. The body of it is a rounded lacquer cuirass, its black smoothness without flaw. From this, hanging from the shoulders and the waist are large square panels to guard the legs and the arms. Narrow rectangular layers of metal and wood lap over one another like fish gills, each strip hidden beneath a rich base cloth of light blue over which threads of gold and silver have been woven into pattern
.

It is the helmet that is the most striking. It has a large copper crest that rises off the brow in burnished brilliance, shaped after leaves and the whiskers of mythical beasts. The bowl of the helmet is etched with interlocking patterns and within the lines of these the most delicate of prayers to bring fortune and victory are carved. It begs the face of some shining hero, but where that should be is only empty darkness
.

Bennosuke feels that darkness looking into him as he begins to clean. His hands move with years of practice, picking grime and motes of dust from within the crevices of the armor. He rubs fine oils into metal where it is exposed, ensures each link between the pieces still holds strong whether it be steel hoop or tough cord. Then he takes a cloth and a small bowl of wax, and begins to polish the cuirass
.

It is this he hates the most. As his hands rub in small circles, slowly the lacquer becomes as a pool of dark water, as clear as any mirror. The boy begins to see himself reflected, and his blush begins. He is a gangly boy of thirteen, as tall as any man in the village where he lives already, but without poise or grace. He looks awkward, but that is not what shames him
.

Across his face and neck, and then down onto his body hidden beneath the kimono, are sickly red welts and scabs. It is not called plague only because it has not killed him, nor will it, but he knows that this is why he is alone. He knows this is why the peasants fear him. He imagines them coming to this house as a funeral gang, cloths across their faces and incense burning as they quickly fulfill their tasks
.

The image is warped across the curve of the stomach of the armor, twisting his body further and taunting him; the boy dreams of wearing this suit, but what he sees reflected in it shows him that this could never be. Still he dreams of it, though, for he wants to be a samurai above all else. The boy awaits the unknown day his father must return with longing and dread. He imagines the man teaching him to be a strong and proud warrior beloved of the light, and at the same time knows the samurai who wore this armor would be disgusted with the wretch his heir has become
.

He feels his face burning in shame, feels all that twisting in his heart, but the boy continues to polish. Though he hates this task, he knows that this is his duty, and that diligence in duty is the first tenet of a samurai. He perseveres, his hand going in spirals until it is done. Then he folds the cloth, shuffles back on his knees, and bows once more, his brow upon the woven rush mats of the floor
.

The boy holds it for a respectful amount of time, and then rises. He is careful not to let his eyes look upon the name stitched stark white upon the foremost lap guard of the armor, as though the reading of it might somehow summon his father and bring the day he yearns for lurching hideously forward
.

The Goddaughter's Revenge by Melodie Campbell
Selby Screams by Duncan Ball
Fear of Frying by Jill Churchill
The White Russian by Tom Bradby
L. Frank Baum by The Master Key
Your Next Breath by Iris Johansen
Son of the Enemy by Ana Barrons
Mustard on Top by Wanda Degolier
Benny Uncovers a Mystery by Gertrude Warner
Live Through This by Mindi Scott