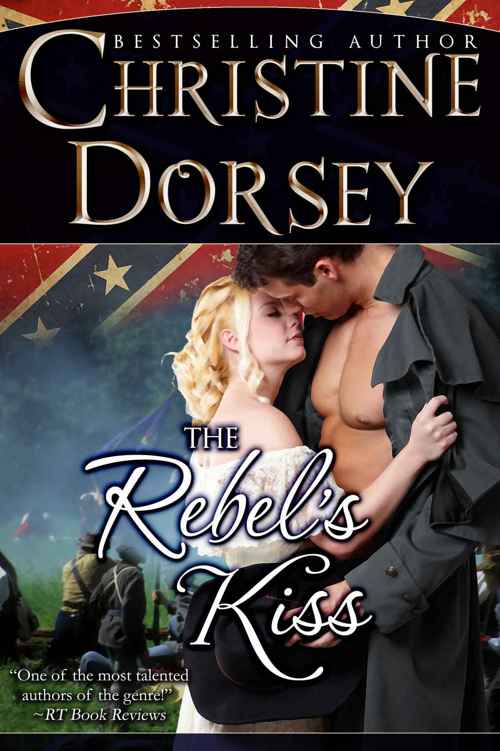 Digital formatting by
A Thirsty Mind

All rights reserved. No part of this book, except in the case of brief quotations embodied in critical articles or reviews, may be reproduced in any form by any means, including information storage and retrieval systems, without prior written permission from the author.

This book is a work of fiction. Names, characters, places, and incidents are either products of the author’s imagination or are used fictitiously. Any resemblance to actual events, locales, business establishments, or persons, living or dead, is entirely coincidental.

The scanning, uploading, and distributing of this book via the Internet or via any other means without the permission of the copyright owner is illegal and punishable by law. Please purchase only authorized electronic editions, and do not participate in or encourage electronic piracy of copyrighted materials. Your support of the author’s rights is appreciated.

Excerpt: To Love A Rebel

believers in the power of love.

And as always to Chip.

Is anything worth it? This fearful sacrifice—this awful penalty we pay for war?

No regret that defeat was at hand. No righteous anger aimed at the enemy. Not even a modicum of relief that the long four years of suffering were nearly over.

And the worst part—the part that made him want to bury his face deep in his hands—was, he knew he should feel... something.

A pained groan sounded, seemed to echo through the hollow shell of a man he once was, and Jacob Morgan turned. Scanning the sea of men stretched out on makeshift pallets around the hospital tent, he searched for the one who had made the noise. From habit he moved through the cool, gray dawn toward the man who had called out. Habit, not compassion, Jake noted without emotion.

Mechanically he dropped to his knees in the moist Virginia soil to offer the dying man a drink of water.

The war’s end came too late for the nameless soldier staring up at Jake with pain-glazed eyes. He’d been gut-shot, no chance of recovery. Jake had seen him earlier—was it yesterday or last week? He couldn’t remember. But he did recall he’d been able to do nothing for the man except wrap him up. No treatment. No cure. The wound was mortal. God knows he’d seen enough of them to recognize it. This man wouldn’t be marching home. No warm welcome from loved ones for him.

The riotous chatter of morning birds caught Jake’s attention and he looked over the dawn-tinged landscape. Gently rolling hills, hazy from April mist and smoldering campfires. And men, many of them rolling out of their bedrolls, wondering what this day would bring.

Jake glanced again at the soldier beside him, then started to rise. It was so unfair, and Jake tried to grieve for the injustice fate had dealt this man.

But God help him, he couldn’t. It simply wasn’t there.

The hand weakly grabbing his arm stopped Jake, and he sank back down on his heels. “Doc, is it true what I’m hearing?” The voice was feeble and rusty from disuse, or maybe from crying out in pain. “Bobby Lee really givin’ up?”

Jake tried to look somewhere other than the man’s face but couldn’t. He swallowed, hunching over. “Looks that way.”

Jake thought of all manner of replies he might make, but none of them made any sense—nothing made any sense. He shook his head, his hands dangling between his legs. “I guess that pretty near sums it up.”

The man’s eyelids fluttered shut, and Jake thought him drifting to sleep. Standing, Jake stretched his stiff, aching muscles. He was thirty-three years old and he felt like an old man—an old man ready to die.

Apparently the soldier was fighting sleep for now his eyes were open, and he appeared almost lucid in the gray dawn.

“What you think them Yankees is gonna do with us?”

Didn’t the man realize he was going to die? A day, two at the most and all his earthly concerns would be over. But Jake didn’t tell him—he didn’t have it in him to tell this soldier the truth. So he squatted again, hands on knees.

“Word is we’re to be paroled, sent home.”

This news seemed to please the wounded soldier. The brackets of pain around his mouth relaxed. “Home,” he whispered, then turned his head away. But Jake had seen the shimmer of tears in his eyes and shifted uncomfortably on his heels, ready to leave.

Oh God, he didn’t want to talk about this, but the soldier was staring at him, and he had no choice but to answer. “Richmond.”

“Richmond,” the man repeated, then added, “I’m from Georgia myself, Jasper County. Getting well nigh planting time.” Again the man’s parchment-thin lids lowered. Again Jake started to rise. Again the hand stopped him. “You going home, Doc? You going back to Richmond?”

It happened before Jake could stop it—the sudden flash of his wife’s face, his son’s. Empty, ashen... lifeless. Jake started to answer but his voice was thick. He cleared his throat. “No. No, I’m not going home.”

The words were spoken softly and Jake was so intent on fighting back his own memories he almost didn’t hear them. It was light enough to see clearly now, and Jake watched the soldier’s face, waiting. His eyes were closed, but surely he’d open them, ask another annoying question.

Jake waited, his legs stiffening up. More men were waking. Jake heard orders yelled, answers grumbled, and still he waited. His eyes strayed down to the man’s chest, and abruptly he yanked the cover away, flattening his hand over the soldier’s heart.

Tears burned Jake’s eyes, and he let out a shattered breath before pulling the blanket up, covering the soldier’s face.

But the tightness in his throat wouldn’t go away, and blinking only made his eyes smart.

There were worse things than feeling nothing.

Samantha Lowery lifted her cheek from the cold, metal gun barrel that rested on the windowsill and peered through the broken pane. She’d smashed the glass herself, but now she felt a rudiment of regret thinking how much it would cost to replace. Yet in the scheme of things one damaged window was nothing. The echo of gunfire still rang in her ears and she didn’t know if she could stand any more. But Will was right. They were back. Except this time they’d only sent one man. A solitary rider galloped toward the house.

Toward Willy and her.

Samantha’s back stiffened and she gripped the musket’s stock, her fingers white against the well-worn wood. The gun was still loaded. She hadn’t fired when the others came. She’d watched them shoot holes in the barn, knock down the fence, and trample her garden. And she’d ached to do something—anything—to stop them. But she hadn’t.

It wasn’t cowardice, Samantha had told herself as she watched the dozen or so men attack her clothesline and mangle the clean sheets in the dirt. If she’d been alone, the gun barrel would have scorched her hands from firing. She’d have shot, praying that her unpracticed aim was true. Anxious to taste revenge.

But there was Willy. And he was her responsibility. All that was left—all that the war had left. If she shot at the gang of bushwhackers, they’d fire back. It was as simple as that. And they wouldn’t be wild shots into the barn or air. They’d be carefully aimed into the house. And then there’d be more than just property to mourn.

So Samantha had dragged her father’s old hunting piece down from above the mantle and she’d watched all her hard work pummeled beneath the horses’ hooves.

Then she’d collapsed over the gun when the men rode off toward the Missouri border. But they hadn’t all gone. And now the one they left behind rode straight for the house, his sidearm in hand.

Samantha spared a glance toward her younger brother. He was scared. And who could blame him? Thirteen was too young to have to deal with all this violence, this hatred. But he
had
dealt with it, and this wasn’t the first time.

Focusing back through the shattered glass, Samantha watched the man gallop closer. He wore gray—she could make that out. That and the gun. His hat shadowed his face, though she doubted she’d recognize him anyway.

Landis Moore added more border ruffians to his gang every day—men who straggled home from fighting the war. But then no one could prove that, any more than they could prove Moore was the one behind terrorizing Unionist families in the area.

“Get down, Will.” Samantha didn’t dare take her eyes off the man racing toward them now. Her hands started sweating and she gripped the stock, her finger bent around the trigger.