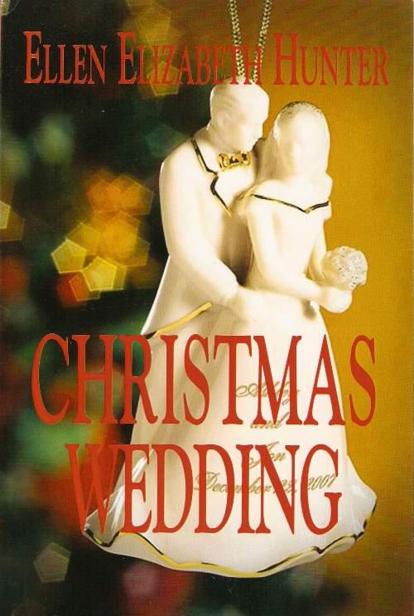 Murder on the Ghost Walk

Murder on the Candlelight Tour

Murder at the Azalea Festival

Murder on the ICW

Murder on the Cape Fear

Murder at the Bellamy Mansion

Murder at the Holiday Flotilla

“
I declare, Melanie! You’re becoming a regular bridezilla!” I accused my sister.

“
I just want everything to be perfect for our wedding,” she argued. “Don’t you?”

On a late Sunday afternoon, we were sitting outdoors at the Water Street Sidewalk Café, the weather as balmy as a fine Indian summer day. Overnight the Jet Stream had swept into Wilmington bearing warm breezes from the Caribbean. And even though we were experiencing another official Christmas season – the Candlelight Tour had been held two weekends ago, and the trees along the river were strung with fairy lights – it was warm enough to sit outside in the late afternoon with only a sweater draped over one’s shoulders to ward off a practically non-existent chill. The Carolina coast is like that.

As usual we were discussing “the wedding,” our double wedding that was set for Saturday, December 22, six days away. I am Ashley Wilkes, historic preservationist and old-house restorer. My sister Melanie is Wilmington’s star realtor. She has been planning this most joyous event for almost a year.

Here on the restored riverfront, tourists mingled with locals. The unseasonably warm weather had brought day-trippers thronging to the coast and they were strolling Riverfront Park, or gazing up at the Alton Lennon Federal Building with its splashing water fountain, recalling how it had been the setting for Matlock’s courthouse in the long-running, successful, and locally-filmed television series. At the dock, families with youngsters were lined up for the water taxi that would take them across the Cape Fear to the Battleship North Carolina.

Puffy little while clouds tracked across the blue sky and the river sparkled as brightly as the silver tinsel on the Christmas trees that adorned parlors throughout the historic district.

Directly across from the Water Street Restaurant’s patio, the Henrietta III Riverboat tooted cheerfully, announcing that it was about to depart for a cruise down the Cape Fear.

Melanie who has inherited most of our family’s fashion genes was dressed in the cinnamon-colored raw silk pantsuit that she had worn to church this morning. And as it was Sunday I had eschewed my daily garb – what Melanie calls my construction wear chic -- for a knit skirt and matching top in forest green. Every once in a while I like to show Melanie that my DNA includes fashion genes as well.

Melanie said, “I know our lives will be happy with the men we’ve chosen to marry. I’m not worried about that. I’m talking about the ceremony and the reception, and, oh, everything that’s coming up. Everyone knows a zillion things can go wrong at the last minute. Oh, what will I do now that Colin has left and returned to New York?” she wailed. “How could he abandon me when I need him most?”

I covered her hand with my own. “Guess an invitation to decorate Hillary and Bill’s Westchester home for their New Year’s Eve party was too tempting to resist.”

“
Guess so,” she said woefully.

“
Don’t take it so hard, Mel. Colin Cowie completed our plans before he left. His signature is emblazoned on every aspect of this wedding. The cake design is magnificent.”

Earlier we had been out to our caterer Elaine’s bakery in Leland to check on the cakes with Celeste, a baker who is a wizard with cake flour and who creates flawless fondant. We had selected pear-vanilla cake with a cinnamon-cappuccino cream and hazelnut nougat filling -- Celeste’s own creation. She would begin baking the cake tomorrow, then assemble and decorate it during the week. There would be four square layers. Each layer would be spread with fondant that was skillfully sculpted to look like gift wrapping and ribbons on Christmas gift boxes. Life-like American Beauty red roses made from sugar would separate each layer and form a crown bouquet on top.

“
The vendors have been selected and are ready to go,” I reassured Melanie. “The big stuff is already contracted. And you’ve done a superb job. Everyone says so and I can’t thank you enough for taking charge of our wedding. You can get along without Colin. You don’t really need him anymore.”

“
Oh yes, I do,” she said and paused to sip mineral water. She was determined not to gain an ounce – not that she ever does; not like me – and mineral water was the only beverage she was permitting herself these days. “Colin had such a soothing effect on my nerves. He kept me tranquil and calmed my jitters with that sweet, even temperament of his. And what exquisite taste!”

“
Stop worrying, please Melanie. Aunt Ruby and I will step in to keep you calm.”

The waitress arrived to take our orders. “Shouldn’t we wait for the boys?” I asked.

“
No, we’d better get our order in now. Cam had a meeting at the convention center. Then he and Jon were off on some mysterious mission together. All hush, hush, and whispering. I’m not sure when they’ll be along, so let’s go ahead and start without them.”

I eyed a plate of the Southwestern Aztec Chicken being served at the next table. “Now, that’s what I’d like to order.”

Witnessing her horrified expression, I quickly added, “But no, I won’t order it.”

“
All that melted cheese! And the sour cream. You’d puff up like a balloon and never be able to squeeze into your wedding dress on Saturday,” she exclaimed. Turning to the waitress, she said, “We’ll share a portabella sandwich. And bring me another bottle of mineral water, please.”

To me she said, “You having iced tea?”

“
Unsweetened,” she instructed the waitress.

“
Half a mushroom sandwich, Melanie? Honestly! I know what I am going to do on my honeymoon.”

She arched her eyebrows at me and grinned slyly. “Well, I should hope so.”

“
Not that,” I said and laughed. “Well, that too, But first and foremost, I am going to eat! You have been starving me.”

“
You’ll thank me later,” she said smugly, her usual confident manner reasserting itself. “Now, you were speaking of Aunt Ruby. Let me tell you, Ashley, Aunt Ruby is acting mighty peculiar these days. I don’t know what’s gotten into her. Have you noticed?”

“
That’s just what I mean. And she wasn’t at church this morning. And she and Binkie rarely miss church,” she said.

“
But I’ve been spending all of my time out at the waterway, Mel, finishing up the decorating of your house so you can move in after the honeymoon. Oh, and by the way, the trees are up and decorated and the draperies were hung in the master suite on Saturday. They look elegant. Now what’s this about Aunt Ruby?”

“
Well, she’s just become so unavailable. She doesn’t return my calls, and when she does, she makes excuses not to see me. She says she’s busy. Busy doing what, I’d like to know. She’s an old lady, what does she have to do, for pity sakes?”

“
Maybe this big wedding is making her nervous,” I offered.

Melanie shook her full head of auburn hair. “I don’t think so. Aunt Ruby has had a lifetime of experience at handling social events with aplomb. No, this is something else. I stopped by their house on Front Street after church, just to check on them, and she didn’t come to the door. Her car was parked in that narrow driveway of theirs. Binkie’s car wasn’t there, but hers was.”

“
Well then. That’s it. They went somewhere together in Binkie’s car.”

“
No. I’m certain I saw a curtain twitch inside. She was there, just not answering the door or the phone. She’s ignoring me, I tell you. And I just don’t know why. Have I done something to offend her?”

“
Mel, I don’t believe that. Aunt Ruby and Binkie have been like parents to us since Mama and Daddy passed. Why wouldn’t she want to see you? Especially at this special time. That doesn’t make sense. She adores you. Just like we all do.”

I knew the wedding plans had stressed Melanie out, but now her feverish brain was working overtime.

“
She is supposed to be arranging for the soprano who is going to sing Ave Maria at the end of the prelude and right before the processional.”

Melanie gave me a thoughtful look. “You don’t think Aunt Ruby is sick, do you? Some dreadful disease? And she’s not telling us because she doesn’t want to spoil the wedding?”

“
No, I don’t think that. And I don’t want you thinking that either. Here’s our food,” I announced brightly, but muttered to myself, “What little there is of it.”

Two plates were set before us, a half sandwich on each plate. I picked mine up and tried to munch on it slowly, tried not to scarf it down, but I was starving.

“
Everything is going to be fine,” I said for the umpteenth time between bites, trying to reassure her. “I have to say, it’s a good thing my divorce was final in November. Otherwise, I’m sure you’d coerce me into committing bigamy just so the wedding could go off without a hitch!”

Melanie dropped her sandwich and cried, “Am I really that bad?”

“
No,” I said soothingly. “You’ve just been under a lot of stress, and you’ve got an overactive brain on the best of days. So try to relax. Thank goodness, Nick did not give me any trouble. He came through like a perfect gentleman. Went to the courthouse so I didn’t have to. Signed all the papers. All I had to do was sign for the divorce decree when it was delivered to me.”

“
It’s a wonder he wasn’t traveling through Africa, or China. What a wanderer that man is,” Melanie said, speaking of my former husband, Nicholas Yost, who when I met him had been a homicide detective with the Wilmington Police Department.

“
By the way, the chief took him back. He’s back on the force. Reinstated.” I said.

“
Oh, who gives a hoot? The man was a philanderer. Dumping him was the smartest thing you ever did. And the bravest.”

“
He tried to explain that,” I said, wondering why I was defending Nick. Perhaps it was simply that I didn’t like being shown up for a fool. “He said that he was running away from deep feelings he was unprepared to face.”

“
Well, for pity sakes, who wants a man too weak to face his feelings? Cam is certainly not like that. And Jon isn’t either.”

Melanie swallowed the last of her half sandwich. “Look, baby sister, I know that having that miscarriage was hard for you. I know you won’t get over it, and I won’t make light of it. But a year has gone by, and surely it is a little easier for you now, isn’t it?”

True Nature by Powell, Neely
Final Flight by Beth Cato
Never Sit Down in a Hoopskirt and Other Things I Learned in Southern Belle Hell by Crickett Rumley
Beaten, Seared, and Sauced by Jonathan Dixon
Resilient (2) by Nikki Mathis Thompson
Until Dark by Mariah Stewart
The Way We Die Now by Seamus O'Mahony
Delete: Volume 3 (Shifter Series) by Kim Curran
The Dragon Prince by Mary Gillgannon
Marital Affair by Jasmine Black