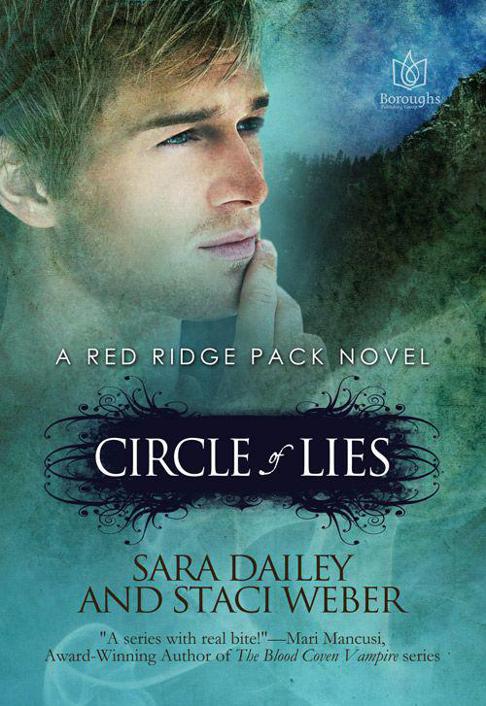 “I just don’t get you,” I blurted. “Are you really interested in me, or is this all just a game? Because I’m not into games.” There, I’d said it. I’d admitted that I thought he liked me and opened myself up for ridicule. Still, I felt a bit relieved.

Aiden stood there shell-shocked. “Really, a game? You think I’m playing some sort of
game
with you?”

“Isn’t that what guys like you do? You have every girl in school eating out of your hand, so you want the one who isn’t standing in line waiting her turn to hang on your arm. That’s a game if I’ve ever seen one.”

“It’s not like that. Why would it be like that?” He eyed me, and a new expression crossed his face. “Why is it so hard to believe that I like you? I, Aiden Wright, like you, Teagan Rhodes.”

“Because life doesn’t work that way,” I snapped. Then I marched away without turning back.

PUBLISHER’S NOTE: This is a work of fiction. Names, characters, places and incidents either are the product of the author’s imagination or are used fictitiously. Any resemblance to actual events, locales, business establishments or persons, living or dead, is coincidental. Boroughs Publishing Group does not have any control over and does not assume responsibility for author or third-party websites, blogs or critiques or their content.

All rights reserved. Unless specifically noted, no part of this publication may be reproduced, scanned, stored in a retrieval system or transmitted in any form or by any means, electronic, mechanical, photocopying, recording, or otherwise, known or hereinafter invented, without the express written permission of Boroughs Publishing Group. The scanning, uploading and distribution of this book via the Internet or by any other means without the permission of Boroughs Publishing Group is illegal and punishable by law. Participation in the piracy of copyrighted materials violates the author’s rights.

For Teagan, Cameron, and Gavin. Three of the coolest kids ever.

This book would not have been possible without a lot of support from our families. Many thanks to our parents and in-laws for keeping our kids entertained and out of our hair while we spent the hot summer months writing this book.

To Shari Hassell: Thanks a million for being our beta reader. We know it’s good if you like it. You rock! A special thanks to Jordan Mantell, who continues to wow us with his beautiful poetry. We also have to thank the teachers at Creekside, who diligently helped us with our title dilemma. Thanks to Andy Cole for thinking of
Circle of Lies
!

To all the fabulous folks at Boroughs Publishing: Thank You! Y’all are truly a special group. Michelle, you are our hero! Many, many thanks to our amazing editors Jill Limber and Chris Keeslar. Without Jill, we would have had something like two hundred semicolons in this novel, and thanks to Chris we were able to sneak a few back in. Shh! Don’t tell Jill. We know that this is a much stronger novel because of the two of you. We are so blessed to be a part of such a wonderful team.

Last but certainly not least, a special thank-you to John Weber and Jeremy Dailey for letting us do what makes us happy!

I cannot stop this

I cannot stop you

You are my losing battle

A fight I can no longer muster

You are a sweetness my lips have never tasted

A pleasured twinge pulsating, breathing on its own

Bleeding a warmth within me, melting my past

Writhing into a dream of every moment, unable to wake my shining eyes

Enduring, edging your way into my spirit

You have become my inhale, my exhale

March 12th.
El Paso, Texas, near the border of New Mexico. Two hunters found by park rangers ripped to shreds. Cause of death: animal attack. Species of animal unknown, but most likely extremely large. Authorities warn visitors to be cautious.

May 27th.
Santa Fe, New Mexico. A rancher went to check on his herd and found over a dozen of mauled to death and partially eaten. Species of predator unknown.

September 2nd.
Las Cruces, New Mexico. Missing girl. Age 10. Went missing from the family’s backyard. No clues or suspects at this time. Family reported seeing what appeared to be a large wolf nearby days prior to disappearance.

Peter Marshall stared at his notes on the wall map for a few moments before he placed the last tack. It sank slowly into the board. He took a step back.

November 17th.
Silver City, New Mexico. Unidentified body found just outside of town. Victim was male and presumed homeless. Cause of death: decapitation—likely by an animal. Head appeared to be ripped from body by unusually large claws.

He’d been so sure there was a pattern to these attacks, and now he knew he was right. There were too many unsolved incidents surrounding one state in particular, one particular area. He turned and started packing his belongings. He was headed to northeastern New Mexico. The answers he sought would be there.

“I’m taking off, guys. Have a great Thanksgiving,” I yelled to my coworkers as I pulled off my Sephora apron and slid into my winter coat.

“See you later, Teagan. Happy Thanksgiving!” Janie replied as she finished up restocking the lip gloss.

I’d been kind of hoping that we would be busy, that the store managers would be forced to ask me to stay and work a double, but no such luck. Guess all the shoppers were waiting for Black Friday. I really could have used the extra money, but more importantly, the work would have kept me out of the house a little longer. Holidays are not so fun around there these days. It’s safe to say this is my least favorite time of year.

New Mexico. I don’t know if I’ll ever get used to the weather here. And I used to think it got cold in San Antonio! I guess when you grow up in Texas, you don’t really know the true meaning of winter. As I stepped outside the mall, a rush of cold November air hit me so hard it forced my teeth to chatter uncontrollably. Zipping up my coat, I ran as fast as my frozen legs would carry me to my beat-up Toyota Corolla, circa sometime before I could walk. I always hear kids talk about how much they love their junked out “classic” cars, how those cars have character. Well, my car doesn’t have character. It’s a piece of shit. The damned thing’s heater doesn’t even work. But, at least I have something, and when you have to buy it for yourself at seventeen you can’t afford to be picky. I could only imagine what it would be like to depend on dear ol’ Dad for transportation.

By the time I got home little icicles were forming on my eyelashes, and as I walked up the front steps to our house I saw that evidence of my father’s ever-growing habit littered the porch. By the look of things, he should be fairly close to passing out if not already face-down on the couch. A girl could hope. An entire case of empty beer cans and countless cigarette butts surrounded the wooden rocking chair that my mother bought just before she disappeared.

“Disappeared.” That’s the belief my father holds on to—or at least he pretends to hold on to it. Me, I know the truth. Only a fool wouldn’t see what really happened. She was miserable at home, hated my father, and had clearly found someone new. Her sudden interest in late-night drives were enough proof for me, but I’d followed her anyway one night just to be sure and ended up at a Motel 6 near the highway. No, she just up and left one day. We moved to Red Ridge, New Mexico, and in just over a month Mom went MIA. No goodbyes, no see-ya-laters; she was just suddenly gone. Life isn’t a soap opera where beautiful, mysterious captors abduct women with miserable lives and carry them off to happier ones, though. No, women have to choose to leave. They pack a bag, snag your favorite family portrait from the mantel and just walk out of your life. Out of their children’s lives. Out of everyone’s life.

So, that’s what really happened. Only an idiot like my father would believe anything else. Hell, he likely believed that Paris kidnapped Helen of Troy. No way. Helen just took off with that hot younger guy, leaving her sorry-ass husband Menelaus alone. Life would be so much easier if my father would just accept that Mom chose to leave. Then maybe, just maybe, he could move on.

I have. I sometimes wonder, though, if the face that launched a thousand ships left a daughter alone with a drunken father. Who knows? Maybe she did. My Greek mythology is a bit rusty, as Mrs. Shultz wasn’t the most fascinating teacher ever when we studied it in class last year.

The inside of our house wasn’t much better than the porch. More empty beer cans, full ashtrays, and the dishes from the night’s dinner welcomed me back, which meant Dad was really messed up. Being a retired Army captain, he’s anything but messy. The house was always clean and orderly,
sir!
Unless he was drunk. And he never, ever smoked in the house. Something must have really set him off.