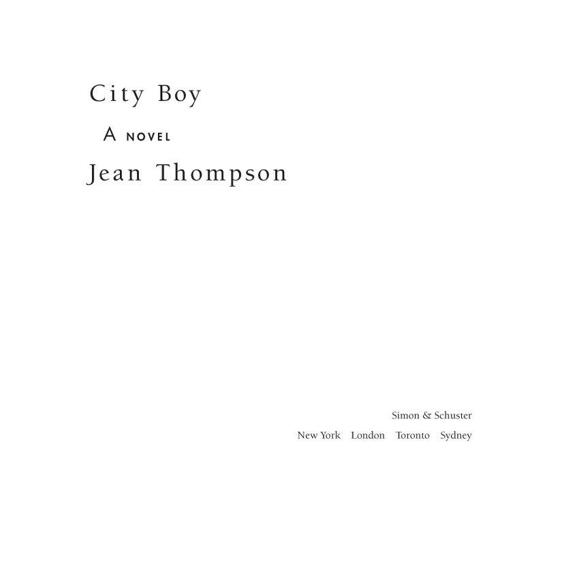 Who Do You Love

Little Face and Other Stories

In memory of a city boy

T
hey had a bad neighbor. Bad in all the usual ways, and difficult to ignore. Music, noise on the stairs, carelessness about the disposal of garbage. Above their heads, he carried on wrestling matches with the furniture. His uncarpeted floors were a soundstage. He dropped and bumped and scraped. Jack and Chloe called him Hippie Pothead Rasta Boy, or sometimes just H.P.R.B. Being witty made them feel better, although not for long. Pot smoke wafted down to them along with other alarming vegetarian burnt smells, brown rice flambé or tofu gone wrong. A perpetual low-grade party reigned upstairs. There were muffled shrieks, more of the furniture wrestling, comings and goings late at night. When, after a time, they complained, they got nowhere. The kid was too stoned, his life already too full of mess and distraction for anything they said to register. The landlord was no help, nor were the police, unless they wanted to get him busted for the drugs. Even under the circumstances that seemed like a crummy thing to do. So eventually they learned to live with annoyance, grievance, and the sense that an unfairness had been done to them.

Their building had only four apartments, two up and two down. One in three odds of getting a rotten neighbor. Or no, that was figuring wrong but the odds didn’t matter, they’d still lost out. The building was seventy years old, faced with mellow brick, located in one of those near-north Chicago neighborhoods that was in the process of changing from bad to marginal to good. You had to put up with the occasional street crazy or filth pile, but that meant the rents were more affordable. They intended to be tough and savvy about city life, although neither of them had much practice with it.

When the realty agent had first shown them the apartment, Hippie Pothead Rasta Boy must have been out of town, or sedated. The kitchen was small, the plumbing arthritic, the baseboards had been painted muddy brown. But Jack and Chloe fell in love with the expanse of front windows and good light, the hardwood floors the agent promised would be sanded and refinished, the sense of cozy space that allowed for a vision of smart urban living. They went out and drank martinis to celebrate signing the lease. The future had the same bright jolting perilous taste as the gin. They were young and just starting out, and every decision felt momentous.

The remaining two neighbors were old, remnants of earlier migrations that had in turn been succeeded by other ethnic tides. Jack and Chloe’s apartment was first-floor front. Mr. Dandy was first-floor rear. Little Mrs. Lacagnina was directly above Mr. Dandy. Jack and Chloe were conscientiously nice to them. Or tried to be. Mrs. Lacagnina was entirely deaf, a fortunate thing given her proximity to H.P.R.B.’s antics. Jack and Chloe waved and arranged their faces in welcoming expressions as she staggered past with her trolley of groceries. Sometimes she allowed one of them to help her get it up the stairs. More often she brushed past them, her lips shaping soundless prayers or imprecations, wrapped in Sicilian widowhood as she was in her head scarf and old wool coat. The coat was rubbed slick with wear, a dark, boiled green, although it gave evidence of having once been black. Perhaps it had been bought new for the funeral of the anciently dead Mr. Lacagnina. She wore the coat even now, in the blooming warmth of spring. Her skin, what Jack and Chloe saw of it, was flat, chill white, like a milk carton. They hadn’t lived there long enough to know how she managed in wintertime, or if she now remembered she’d had another life before she’d taken up mourning.

Mr. Dandy had more conversation in him. He was the first one they met. The day after they moved in, they found him out in the lobby, scrutinizing the names they had newly posted on the mailbox. “Orlovich,” he said. “What’s that, Jewish?”

“Christ,” Jack said, but only loud enough for Chloe to hear. He felt
her warning fingertips against his arm. Then she took a step past him and the light fabric of her dress brushed his knee.

“Hi, I’m Chloe Chase and this is my husband, Jack Orlovich.”

Jack watched the old man absorb the full impact of Chloe, Chloe being charming. His loose and mottled face seemed, for a moment, not young, but as if there might be a young man somewhere behind it. God he loved seeing that look on other men’s faces, even a creaking ruin like this guy, and knowing that he was the one who had Chloe. Not them. The old man pulled his stomach in and introduced himself as Seamus Dandy. Seamus! What’s that, Irish? Jack wanted to ask. They all shook hands. Jack made sure he gave him a wrenching grip. Mr. Dandy scowled. “You two are putting me on. You aren’t really married, are you?”

“Really and truly. We just have different last names,” Chloe said in her pleasant, humoring tone.

“Well that’s a bunch of hooey. What’s the point of getting married if you aren’t even going to sound like man and wife?”

Jack had missed his chance back there with the Jewish remark. The thing to do when people asked belligerent questions designed to put you on the defensive—Are you Jewish/gay/gaining weight—was to say, heartily, No, are you? In this case the true answer was more complicated. Yes, by ancestry, his father, which was probably all Mr. Dandy cared about. No, by inclination and practice and by the way it’s none of your goddamned business. But he hadn’t been quick enough and now all he could do was stand there while Chloe did her usual swell job of handling things.

Chloe laughed, as if Mr. Dandy had said something agreeably witty. “Oh, there’s lots of reasons.”

Chloe deflected Mr. Dandy’s further opinions on the married state by asking him if he’d lived here very long. Mr. Dandy said if she meant Chicago, he was Chicago born and bred and never lived anywhere else except for when he was in the service. If they meant this exact
spot, he’d had the same apartment for twenty-three years last November.

“Then you must like it here,” Jack said, making his official, inane entry into the conversation.

Mr. Dandy looked as if he was trying to remember who Jack was. Oh yeah, the Jewish guy. “It suits me.”

Chloe said they thought it was a great building, so much more character than their previous cookie-cutter suburban complex. The construction was much better also. They didn’t skimp on materials back then; there was a big difference. She made it sound as if she was paying Mr. Dandy a personal compliment. Mr. Dandy said, “Well, they don’t let the colored in. That’s something. There was a Mexican gal once, she was in your place. That was only the one. Which ain’t bad, considering how they’re thick as fleas everywhere else.”

Jack and Chloe didn’t dare look at each other, though a current of disquiet passed between them. Jack thought that Chloe was probably a little sore she’d wasted all that niceness on the old coot, maybe even chagrined that she’d courted him so transparently. Transparent at least to Jack; Mr. Dandy was as dense as the famously well-constructed brick walls. Chloe was good at getting people to like her, agree with her, do what she asked them to do. Diplomacy, they called it. Jack was the impatient one, while Chloe was better at negotiating with the world, smoothing the way. At least this was how they had come to think of themselves, one of the ways they had agreed to be a couple. Chloe had perfect pitch when she wanted something from people, knew how to read their high and low notes, say or do or be what was needed to harmonize. There are some beautiful women who stand a little to one side of themselves, gauging the effect they have, adjusting, stepping back or bearing down. And that was fine, except, perhaps, for those occasions when the mechanics showed a little too obviously.