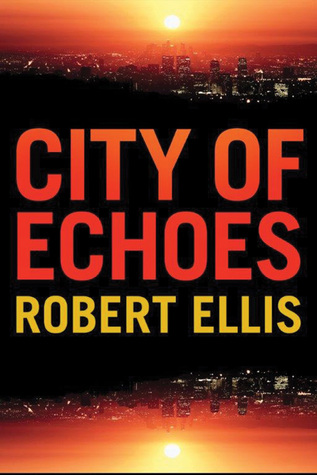 “
Murder Season
: a terrific sick-soul-of-LA thriller. Before you can say
Chinatown
we are immersed in a tale of mind-boggling corruption where virtually every character in the book—with the exception of Lena—has a hidden agenda. Ellis is a master plotter. Along the way we meet wonderful characters.”

“Within the space of a few books, Ellis has demonstrated that rare ability to skillfully navigate his readers through a complex plot filled with interesting, dangerous, and surprising characters.”

“Scorching. Deliciously twisted. Nothing is what it appears to be. Ellis succeeds masterfully in both playing fair and pulling surprise after surprise in a story that feels like a runaway car plunging down a mountain road full of switchbacks.”

“Ellis serves up a killer crime tale with riveting characters and relentless twists.”

“Ellis piles on the Hollywood atmosphere and procedural detail, and the end revelation is expertly timed and genuinely shocking.”

“
The Lost Witness
is a tough thriller that makes Ellis a name to watch.”

“
The Lost Witness
is another gripping story by a writer who knows the seamy LA underworld well.”

“Los Angeles, under a cloud of acrid smoke . . . Robert Ellis’s
City of Fire
is a gripping, spooky crime novel.”

“
City of Fire
is my kind of crime novel. Gritty, tight and assured. Riding with Detective Lena Gamble through the hills of Los Angeles is something I could get used to. She’s tough, smart, and most of all, she’s real.”

“
City of Fire
by Robert Ellis is a no-holds-barred barn burner of a thriller that blends Los Angeles–style crime fiction à la Michael Connelly with pulse-pounding Dean Koontzian psychological suspense. Like Connelly’s gritty Bosch saga,
City of Fire
features a tough but deeply flawed protagonist, a tantalizingly complex plot, fully realized—and realistic—characters, and most of all, a palpable intensity. And if that weren’t enough, the bombshell plot twist at the novel’s conclusion makes this an absolute must-read for thriller aficionados.”

“Robert Ellis’s brisk, complex
City of Fire
is hot stuff. Ellis excels at vivid writing and the expert plotting keeps the reader off-kilter. Ellis takes the police procedural and makes it a tale of personal corruption and desire, where right and wrong overlap. Here, the answers aren’t easy as Lena wonders about ‘blowback . . . what the truth could do to a soul.’ LA, which is written about so often, seems fresh in the hands of an original storyteller such as Ellis.”

“
City of Fire
begins like a roller coaster, building tension, anxiety and fear. Then it plunges at full speed, spiraling and twisting through scenes that will have hearts pounding and fingers flying through the pages. But there is no smooth braking to a stop in this book. It careens to the end and then flies off the rail with a shocking twist that will leave readers stunned. Robert Ellis is a master of suspense.”

No part of this book may be reproduced, or stored in a retrieval system, or transmitted in any form or by any means, electronic, mechanical, photocopying, recording, or otherwise without express written permission of the publisher.

This novel is dedicated to my friend Denny Donahue

“The power to guess the unseen from the seen, to trace the implications of things, to judge the whole piece by the pattern, the condition of feeling life in general so completely that you are well on your way to knowing any particular corner of it—this cluster of gifts may almost be said to constitute experience.”

Matthew Trevor Jones shivered as he walked down the sidewalk and entered the restaurant. He could feel a cool breeze sweep across the back of his neck, the door snapping shut behind him. When the cold air finally dissipated, he started toward the bar, searching for a familiar face but not finding one.

It was Tuesday night, and he could smell corned beef and cabbage, fifty-dollar steaks with twice-baked potatoes, and that long list of other scents and fragrances that usually accompany a crowded dining room. He could feel his body warming up to it all, the tension of the day beginning to fade and die out.

The moment was exceedingly pleasant.

When his friend had suggested that they meet at Musso & Frank to celebrate his promotion to Hollywood Homicide, Matt thought about the pricey menu, but only for a second or two. He was excited about his new job as a homicide detective—stoked to be working in Hollywood in spite of the commute he would be facing every day between here and his house on the Westside. But even more, Musso & Frank was the oldest grill in LA, and he loved everything about the place: the waitstaff storming in and out of the kitchen, the sound of loud chatter, of laughter, forks and knives and plates being gathered and stacked—that thunderous din that somehow seemed so soothing as it struck the wood-paneled walls and laughed out loud, refusing to be dampened or quieted or shut down. He knew that he had just entered a restaurant on Hollywood Boulevard, but everything about the place smacked of New York. Everything about it reminded him of train rides into the city as a teenager and the modest home in New Jersey where he had been raised by his aunt. Everything about it brought back memories of his aunt and their life together. At least the good ones.

Matt turned and watched a young couple enter, the woman smiling at the maître d’ as she smoothed back her blond hair. Even though he didn’t recognize her, Matt guessed that she might be an actress. People were eyeing her from their tables as if she was, and no one looked away as she strolled down the aisle with her friend toward an open table that seemed more private than the rest. From the sleepy look in the young woman’s eyes, the glint, the joy, the easy way she carried her body—and from where Matt stood, it was a better than decent body—he could tell she liked attention.

He watched her take her seat before turning away to check the time. It was early. Hughes wouldn’t show for another twenty minutes, maybe even a half hour. Spotting an empty stool at the bar, Matt sat down and ordered a beer, then noticed his cell phone vibrating in his pocket. He pulled it out and checked the touch screen, hoping that it might be Hughes. Instead, he found the name of his new supervisor, Lieutenant Bob Grace, blinking on the display. They had met for the first time earlier in the day. Grace had given Matt a tour of the Hollywood station, shown him where his desk would be in the morning, and introduced him to his new partner, Denny Cabrera, who only had fifteen minutes because he was on his way to court.

Matt took in a nervous breath and exhaled as he stepped away from the bar to take the call.

Matt could hear the worry in his supervisor’s voice. It seemed obvious that Grace wanted to know if he had been drinking. But even more, it seemed clear that he needed to know he could trust Matt’s answer.

“Everything’s good,” Matt said. “I just got here, Lieutenant. What’s up? What can I do?”

Grace cleared his throat. “You were supposed to start tomorrow, Jones. I know that’s how we left it. But I’m in deep shit, and I need you tonight.”

Matt glanced at the blonde seated with her friend, both caught up in the good mood of the room and laughing like they didn’t have a care in the world.

“Between Yucca and Hollywood on North Cherokee. You can’t miss it. You’ll see why it’s so fucked up when you get there.”

“That’s even better. Listen, Jones, I realize I’m throwing you into the fire on this one, but it can’t be helped. We’ve had a bad week. You and Cabrera are all I’ve got left tonight.”

Matt understood what Grace meant and didn’t take it as a slight. Cabrera was almost as green as Matt, with just three months under his belt working in Hollywood. Between the economy and the budget cutbacks that had come out of Washington and Sacramento, cops had been pulled off the street, and crime had become a burgeoning industry. Both detectives had been fast-tracked to Homicide.

“Don’t worry about it,” he said to Grace. “Where’s Cabrera?”

“He just walked out of the squad room. He’ll be there in five minutes. So will the coroner’s investigator and the crime lab. They were shutting down another crime scene when the call came in. They’re coming from Melrose. Everybody’s close by.”

“Then I better get going.”

Grace stopped talking. Even through the loud din, Matt could sense his supervisor’s concern fermenting in the break.

Grace remained quiet. When he finally spoke, his voice had changed.

“You know what I’m saying, Matt. Just take it easy. If you’ve got any questions, call me, no matter what time it is, okay?”