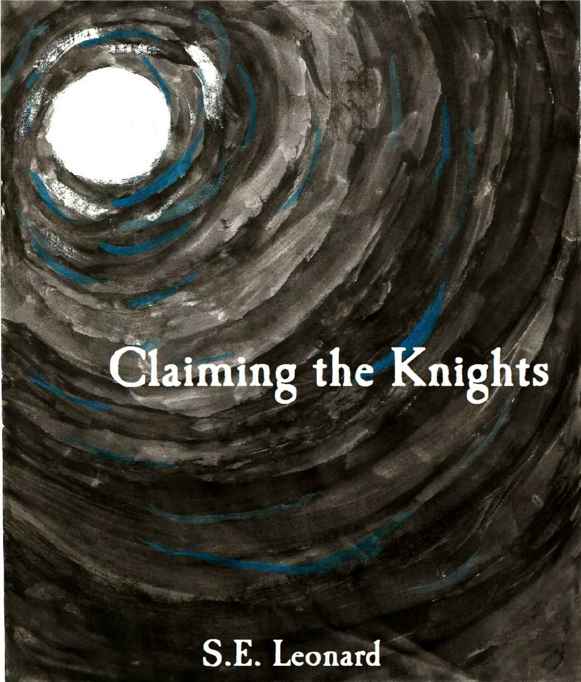 Copyright © 2014 Michelle Epperly
All rights reserved. This book or any portion thereof
may not be reproduced or used in any manner whatsoever
without the express written permission of the publisher
except for the use of brief quotations in a book review.

Scott, Madison and Molly, for being so supportive of my writing and shenanigans.

Julie Marko, for being there every step of the way. Holding my hand from miles away. Being my grammar Nazi. Love you Bitch!

Sandra Escamilla, for being there every step of the way and encouraging me. For providing me with Jam Box, the club whore.

Raw, for everything you do. Allowing me to peer into your world and take what I needed for the character I named after you. Also for telling me to slow down a bit.

Daisy Solos, for providing me with Daisy, the club whore.

And... to the Tolo's for all your support and encouragement. Love you like pie. Tolo Nation Forever.

Claiming Sunshine, the first book in the Claiming Series can be purchased here:

Nikki walks back out to the waiting room. Jewl has the girls there. Drifter has his arm around Nikki to keep her upright. She is going into shock and he sits her in the closest chair and sinks into the chair next to her.

Jen and Nelly run to her. “Mom is he ok?” one of them asks her. She isn't focused enough to realize which of her daughters is talking. She looks up at both of them.

“No girls, he is not ok.” Tears well up in all of their eyes and Drifter gets up letting Jewl take his place. She puts an arm around Nikki, and they cry. He is not good with crying women or girls.

The next morning, Nikki took each of the girls in to see him. They wanted to see him and she wanted them to understand why she was staying with him. After they both said their tearful goodbyes to her, Drifter and Jewl drove away with them in the van. They were going to stay with the girls at Nikki's house, taking them to school, and to Kate's, until Nikki and Scooter came home. Nikki wanted them to have life as normal as possible while she was in Tacoma. Well, as normal as it could be with their mother at the bedside of her MC President boyfriend, and his Sergeant at Arms and his girlfriend staying with them.

Nikki and Meagan stayed after the rest of the club had gone home. They took shifts sitting with him and they got a hotel room close to the hospital. It took a total of four days before they allowed him to wake up. Both Nikki and Meagan insisted on being there for the hours that it took for him to wake up. They both wanted to know how he was, the moment he came to. They both also wanted him to see them there.

They took him off the meds in the morning. Other than the quick bathroom trips down the hall, they both stayed in his room. They watched TV, and talked about Joe and the girls, keeping any club stuff quiet.

Nikki had been drinking a lot of coffee and it was running right through her. He had started to make some movements about an hour after the meds were gone. Those little movements had them both jumping for another two plus hours, thinking he was going to open his eyes.

Finally, Nikki had to surrender to her bladder, and she ran down the hall to the restroom, trying to close the door fast and get her potty break done, so she could get back, in case he opened his eyes.

She wanted to be there. She wanted him to know that despite all the craziness, she was all his. She had been so scared of everything that she thought she needed to get away from him. Deep down, she didn't think that she deserved to be treated so good. She knew on some level, this was why she was pulling away from him. The killing, guns, MC and the rest of it was all a great excuse for her to turn and run. Who would blame her? This was no life for her or her girls. And yet, here she was, camping out at a hospital to be by his side. When it came down to it, she was here, and she was his.

She washed her hands quickly, and made her way back down the hall. She heard Meg talking and then she heard his voice. She sprinted to the doorway, but was stopped by his words.

“Where am I Meg? What the fuck happened?” He was confused.

Nikki stood outside the door, afraid to go in, and she wanted to hear what he might say.

“No Dad, don't pull on those,” Meg said, in a panicked voice. Alarms in the room started to sound. Scooter didn't know where he was and he was pulling on his IV line and his oxygen.

“Get this shit off of me,” he said in a slurred voice. This was not the wake up reunion that they were all hoping for.

Nikki was about to go in and try to calm him when several nurses rushed in, pushing her out of the way. She slumped to the floor in the hallway, listening to them try to get him back down on the bed. Meg was screaming at them to be careful.

“Get the fuck off of me bitch!” Scooter yelled at one of the nurses, and then Meg yelled for Nikki.

Before Nikki could think about what she was doing, she rounded the corner into the doorway. She went right to him. The nurses tried to push her away, but she refused to stop.

“Ma'am, you need to back off. We are trying to get him under control,” the nurse said to her.

Meg piped up. “If you want any hope of getting him under control, you better let her to him. She will calm him.”

Just then, Scooter opened his eyes and he saw her. What was she doing here? She was leaving him. Was this all a dream? He reached for her and she was pushed away.

“Sunshine?” he said, and asked, “Is that you?” Tears were streaming down his face.

Meagan could not believe what she was seeing. Her dad did not cry. She knew he was still pretty drugged up, but this was a new side of him that didn't come out often.

Scooter stopped struggling, and just sat there, with his legs over the side of the hospital bed.

“Is that really you, in the fuckin' flesh?”

The nurses got out of the way this time, seeing the effect Nikki had on him.

She slowly took the two steps to get to him. “Yeah babe, it's me.” She reached out and touched the top of his hand. That is when she noticed the blood. When he pulled the IV out, he had started to bleed and it was all over him.

He was oblivious to it and he grabbed her hand, pulling her in for a hug. She hugged him back.

“Now, you are going to lay back and let these nice nurses put all this stuff back together,” Nikki said sternly to him.

“Why am I here?” he asked, still clearly confused.

While the nurses cleaned him up and put everything back on him and in him, Meg and Nikki explained what had happened, and where he was. As they were explaining, he fell back asleep. The nurse explained that they had given him some more sedative, to mellow him out.

It was later that evening when he came to, again. This time it was just Nikki by his side. Meagan had gone back to the hotel to get some rest, and call the guys, to let them know Scooter was awake. Drifter and Jewl were going to bring the girls the next day.

Nikki was watching the TV, when she noticed him moving.

He looked over at her, as she looked at him. “Sunshine,” he said, and smiled. That was it and he was back out again for the night. The nurses explained that he would be in and out over the next couple of days because of the morphine they were giving him.

Meg came into the room about five AM and woke Nikki. “You should go to the room, get a shower, and some rest. I will stay with him.”

Nikki left the hospital knowing that he had seen her and it was safe to leave and get a shower in. When she got to the hotel room, she put the “do not disturb” sign on the door, and sat on the bed for a moment, reflecting on the past couple of weeks. Exhausting, was all that came to mind. She flopped back on the bed, took a deep breath, and faded out.

Meg was texting Joe when her dad woke up again.

“Hey baby girl,” he said to her, calmly.

“Hi Daddy. How you feeling?”

“Well my head hurts like a mother fucker and my ankle is throbbing, but I am happy to see you,” he says, putting his hand to his forehead.

“I will get the nurse, so they can check you. Be right back.”

He was all alone for a few moments, and wished that Nikki had been there, like he had dreamed. She wasn't though, so he laid there and waited for the nurse, and Meg.

When they came in, the nurse started checking all his vitals. “Glad to see you acting like a gentleman,” she told him, and then walked out.

“What the fuck is she talkin' about?” Scooter asked Meg.

“Well when you woke up before, you were pretty out of it, and they were trying to hold you down, and you ripped out your IV, blood everywhere. Thank God for Nikki. You mellowed right out when you saw her. She is so good with you.”

“Where the hell is she?” He was shocked. “I thought that was dream.”

“No dad, you really freaked out. She had gone to the bathroom and when you woke up, you just went nuts. As soon as you saw her, you just stopped, and let them clean you up, and put you back together.” Meg grabbed her phone, and called Nikki. It rang and rang, and no answer. “She must be in the shower at the hotel,” she told him.

An hour later, Nikki still wasn't getting back to her. Scooter was getting upset that she wasn't there, so Meagan decided to make a quick trip to the hotel.

Meg slid the card in the slot, and the door light turned green. She entered the room and there was Nikki all curled up on the bed, sound asleep. Gently shaking her awake, she told her that Scooter was awake, and asking for her.

Nikki took a fast shower and they were on their way back to the hospital.

She rounded the doorway and there he was, sitting up, eating a cup of jello. She smiled at the sight of him sitting there, not fighting the tubes and hoses.

Accidentally in Love by Laura Drewry
Some Like It Hot by Brenda Jackson
Smittened by Jamie Farrell
Disney in Shadow by Pearson, Ridley
The Pursuit by Johanna Lindsey
Goddess by Morris, Kelee
The Winter of Her Discontent by Kathryn Miller Haines
Semi-Hard by Candace Smith
Mistshore by Johnson, Jaleigh
A New Mam for the Girls by Joannie Kay