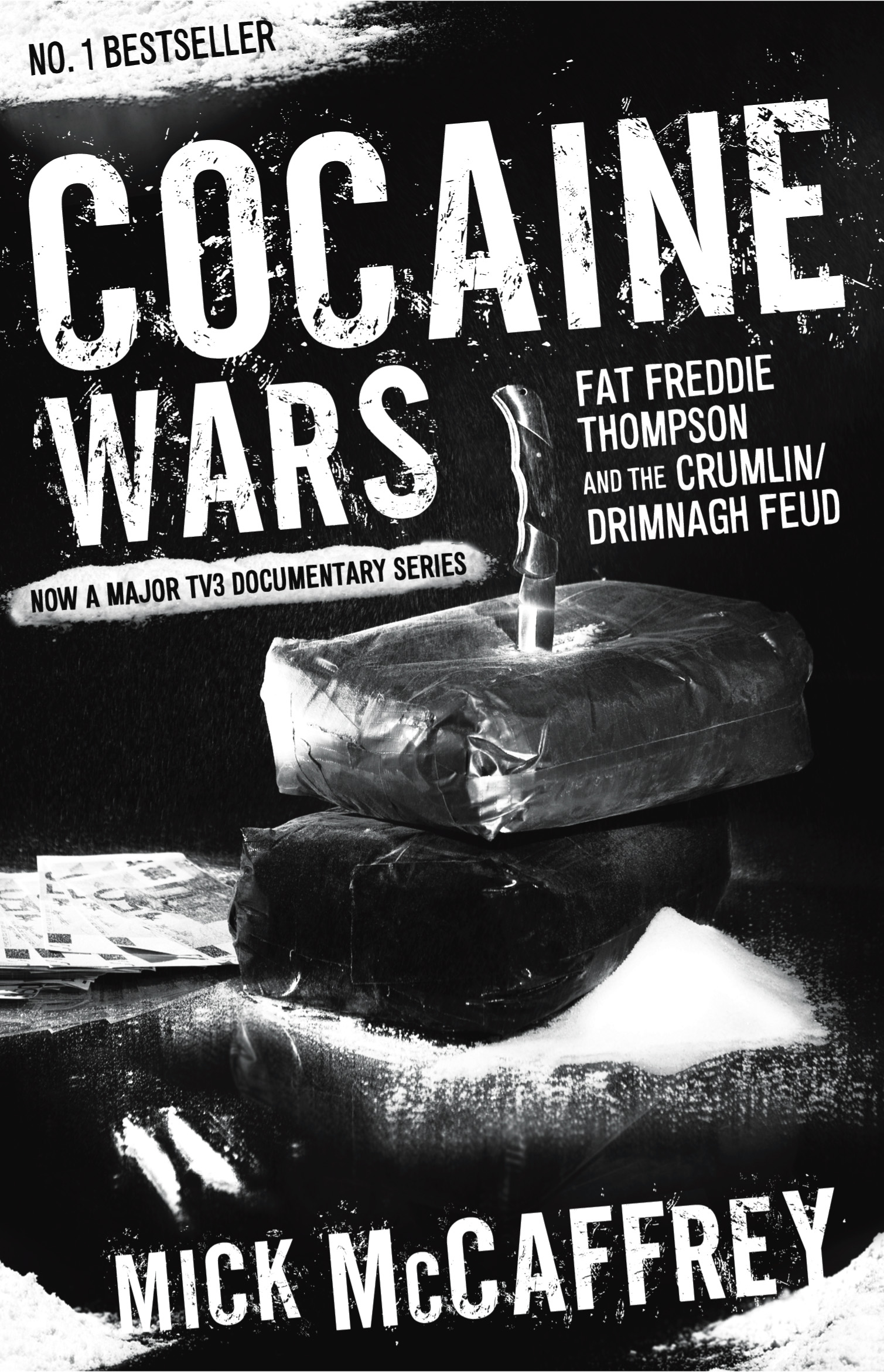 M
ICK
M
C
C
AFFREY
is the author of the No. 1 bestseller
The Irish Scissor Sisters
. He is News Editor of the
Sunday Tribune
. As Security Editor at both the
Sunday Tribune
and
Evening Herald
, he has specialised in crime journalism for the last eight years.

âWell-researched and authoritative account of a vicious gang war.'

I
RISH
I
NDEPENDENT

âAn Intimate knowledge of the engagement and a commendable level of research render this account indispensable for interested parties.'

Praise for
The Irish Scissor Sisters

âThis is a unique insight into the underbelly of a “new” Ireland. Riveting.' 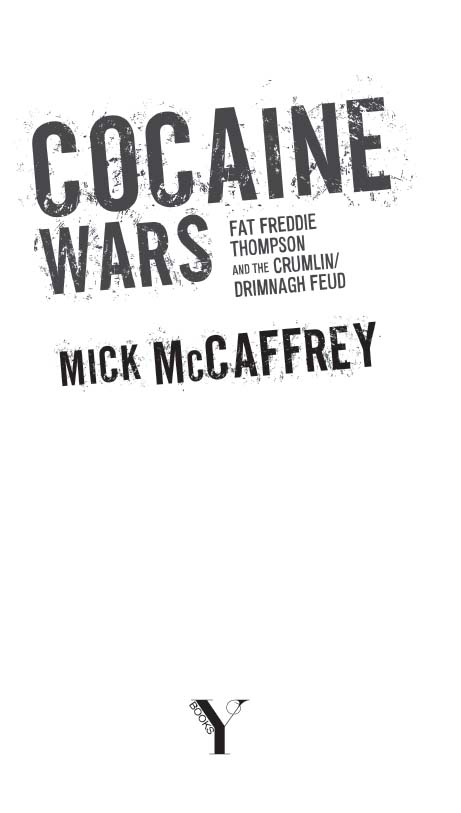 This edition published in 2011 by

All rights reserved. No part of this book may be reproduced or utilised in any form or by any means electronic or mechanical, including photocopying, filming, recording, video recording, photography, or by any information storage and retrieval system, nor shall by way of trade or otherwise be lent, resold or otherwise circulated in any form of binding or cover other than that in which it is published without prior permission in writing from the publisher. The publishers have made every reasonable effort to contact the copyright holders of photographs reproduced in this book. If any involuntary infringement of copyright has occurred, sincere apologies are offered and the owner of such copyright is requested to contact the publisher.

T
HANKS TO THE
many GardaÃ­ and members of the legal profession who gave up their time to speak to me. Their insight and knowledge was an invaluable help. This book would not have been possible without them.

Thanks to
Sunday Tribune
Editor
,
NoirÃ­n Hegarty, and Deputy Editor, Diarmuid Doyle, for giving me the time to write this. Maureen Gillespie and Mark Condren from the
Sunday Tribune
picture department were always happy to organise photos at short notice.

The advice given to me by journalists Ken Foy from
Irish Daily Star Sunday
, Jim Cusack of the
Sunday Independent
and Ali Bracken, Crime Correspondent with the
Sunday Tribune
was an enormous help, and was very much appreciated.

Thanks to Chenile Keogh, Managing Director of Y Books, for all her help and support. Thanks also to Y Books' Robert Doran for copy-editing and proofreading. Thanks to solicitor Kieran Kelly for his help and suggestions.

Also, thanks to Fintan Maguire, Head of TV3 Productions, for his support in making the TV series of
Cocaine Wars.
A special word for
Cocaine Wars
Producer and Director, Warren Tennyson, whose dedication to making the show bordered on the obsessive! He did a wonderful job.

Thanks to Kenneth Swan, Donal Galvin, Brian Hurl, Ronan Bent, Dave Dehora, Gareth Curley, Mark Hilliard and Brendan Cronin. Also, thanks to Tim Tuomey for giving me the encouragement to get into journalism. Thanks to Ian Mallon, Deputy Editor of the
Evening Herald
, for giving me my break.

Thanks also to my mother and father, sisters, brothers-in-law, and nieces and nephews.

Finally, thanks to Jennifer Stevens, who encouraged me to write this book from the outset, even though it was a difficult topic. I wouldn't have been able to finish it without her support and advice.

Chapter 5Â Â Â Â A Brother for a Brother

Chapter 14Â Â Â The Emergence of the Next Generation

Chapter 15Â Â Â The Demise of the Rattigan Gang

T
HEY STARTED OUT
as most criminals do â robbing cars, joyriding and getting involved in petty thieving. They were boyhood friends and neighbours. They had gone to the same primary school, and those that continued in education also ended up in the same secondary school. They were a tight group â around ten friends who were fiercely loyal and protective of each other. If you took on one, you took them all on. That was the way it was.

The Crumlin and Drimnagh area towards the end of the 1990s was a tough place. Notorious criminals like âThe General', Martin Cahill; âThe Viper', Martin Foley; Seamus âShavo' Hogan and Dublin's original drug baron, Larry Dunne, all hailed from the area. Crumlin and Drimnagh are often referred to as the âhome of organised crime in Ireland'. Many in the local community treated these old-school gangsters like Robin Hood type figures. The gang looked up to these men, admired their lifestyles and made a vow that one day they would be like them and would have what they had â one way or another. Their chance came earlier than they anticipated. In 1996,
Sunday Independent
journalist Veronica Guerin was murdered at the behest of John Gilligan, the country's biggest drug importer. An unprecedented wave of public outrage followed, and the government made Gilligan its public enemy number one. A massive Garda investigation put Gilligan and his gang out of business, and almost overnight a major vacuum developed in Dublin's gangland. The gang had started working for John Gilligan a few years before his downfall and had started to move up the drug-dealing ladder. With Gilligan permanently out of the way, the young and eager gang was perfectly posititoned to take over, and did so with gusto. The gang developed contacts with two Irish expatriates in Spain and then with contacts further afield. They built up a supply line and began importing millions of euro worth of cocaine, heroin and ecstasy into the capital. As sweeteners, and to show their appreciation to the gang for its business, the foreign suppliers threw in dozens of high-powered weapons with each shipment. The mob began to make tens of thousands of euro each week dealing drugs, and had soon conquered the market around Crumlin, Drimnagh and Dublin's south inner city. The future seemed bright, but a petty squabble saw the gang permanently disintegrate â with deadly results.

Two separate groups formed, with Brian Rattigan leading one faction, and âFat' Freddie Thompson taking over the other. Over the next nine years, sixteen, people would lose their lives as part of the feud, either directly or indirectly â the average victim being just twenty-three years old. The falling out of old friends quickly became the deadliest gangland feud in the history of the state. GardaÃ­ struggled to keep on top of hostilities, with literally hundreds of tit-for-tat incidents being recorded. The GardaÃ­'s dedication and hard work undoubtedly saved lives, but the accepted rule in the area of never co-operating with the police made the detectives' lives very difficult, and they were always fighting to keep a lid on the feud. The deep hatred that the two rival gangs had for each other made the frequent peace efforts futile.

The feud did not just have an impact on the lives of the dead victims; dozens of other lives have been permanently destroyed. From the innocent residents caught up in attacks of mistaken identity to the relatives of feuding criminals becoming virtual prisoners in their own homes, unable to even drop their children to school because of the very real fear that they could be attacked and murdered, it is a feud that has driven a deep wedge in what was once a very close-knit community. Many of the criminals who were central players also desperately tried to get out but found that they were in too far. One notorious hit man took to driving around Dublin dressed as a woman, so he wouldn't be recognised and shot. While the money man for one of the mobs managed to evade the law and invest hundreds of thousands of euro in property, he wasn't able to escape a bullet to the head from his own gang. For the first time, the story is told of how one gang leader orchestrated murders from the comfort of his prison cell, with only his beloved pet budgie for company.

The Crumlin/Drimnagh feud has changed the political landscape in Ireland. It has resulted in one Justice Minister nearly having to fall on his sword because of an ill-conceived remark. It has directly led to a crack anti-gangland Garda unit being formed and the introduction of draconian legislation to allow GardaÃ­ to permanently take feuding criminals off the street. Nearly a decade after the feud first began, it is more entrenched than ever, and there is little sign that it will ever end.

A new generation of feuding criminals has emerged and is taking the battle forward, even though most of the original gang members are either dead or serving lengthy jail sentences. This will surely mean that GardaÃ­ will have their hands full over the next few years, and that even more young people will be sucked into this senseless feud. Towards the end of the 1980s, Larry Dunne spoke to GardaÃ­ about the next generation of criminals. He said: âIf you think we're bad, wait until you see what's coming behind us.' This quote has never been more apt.

The Crumlin/Drimnagh feud will probably be the deadliest that the country will ever see. It has given the area an undeserved notoriety and divided what once was a strongly united community. Sixteen people have now lost their lives and there is little doubt that the murders will keep on happening, all because of a petty falling-out within a group of friends.