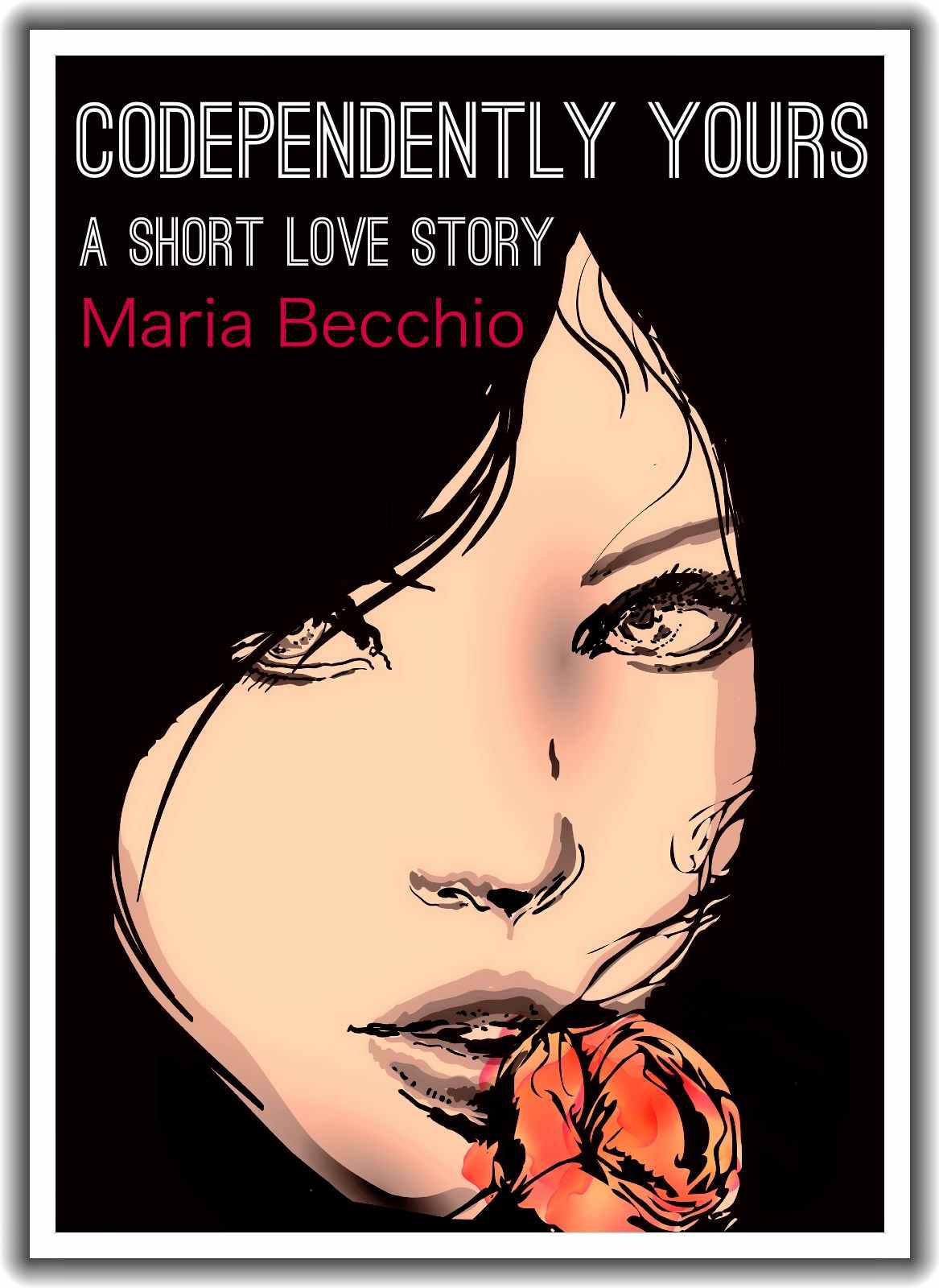 Codependently Yours by Maria Becchio

"As best friends go, Freddy and I really couldn’t be a better match. He is obsessed with self-help, and he gets his kicks from sifting through the wreckage of my life. Weekly. Sometimes daily."

They've been friends since they were twelve, but can Amy and Freddy figure out if there's anything more to their story than friendship?

Codependently Yours is a short story of 1200 words.

“Amy? I’ve been doing some reading, and I think you’re codependent.”

As best friends go, Freddy and I really couldn’t be a better match. He is obsessed with
self-help
. And
–
having helped himself to the point where he has deemed himself not to need any further help
–
he now gets his kicks from sifting through the wreckage of my life. Weekly. Sometimes daily.

“Codependent? Right...” I say, sipping my peppermint tea, feigning interest. What was it last week? Ah, yes, last week, I had abandonment issues.

Freddy was nodding while bringing his coffee to his lips. “Yeah. Apparently,
codependency
is very common in those who’ve experienced dysfunction in the family.” He paused here for dramatic effect, eyeing me warily. The reference to dysfunction, at least, was on the money. We both knew that when it came to my family, dysfunctional severely under-described the situation.

By now, Freddy had returned to scanning through the bunch of notes he'd taken. I, meanwhile, was giving all this some serious thought.
Codependency
. Common in those who’ve experienced dysfunction... So far, so plausible. But if it were true, if I were codependent, who was I
codependent
well,
with
? I paused in my intense scrutiny of the tablecloth, and lifted my lashes just enough to steal a glance at Freddy. My heart pumped out the little battery of rapid beats it liked to perform whenever I let myself acknowledge Freddy's extreme loveliness.

Freddy, oblivious, flashed me his best-pals kind of smile
–
and my heart caved. To him, I was just this goofy girl with abandonment and
codependency
issues. To me, he was… Well, he was the boy I loved.
Loved
.  I had never actually articulated it to myself – clearly I needed to add state-of-denial to my growing list of issues – but yes, I was in love with him. And I knew I should tell him this, because if nothing else he would probably stop quizzing me about boyfriends – or the lack thereof – and with luck it would probably mean he'd stop
psychoanalyzing
me. But I also knew our friendship wouldn’t survive it. My love for Freddy was unrequited. I got that. And I had to live with that, or–.

I paused mid-thought, because he was studying me quite intently at that moment. More than a little uncomfortable, held there in his cobalt blue eyes, I threw what remained of my amaretto biscuit at him. Partly to break his scrutiny, partly to distract myself from my own racing heart.

Without warning, the sky cracked open and a deluge of rain began to spatter
the parked cars outside our café
. "You don't agree with this
codependency
business?" Freddy was saying, delving into his satchel and hauling out a pile of papers. "No matter, I have the supporting evidence." He shuf
fled his paperwork. A
n interrogation was about to commence. I sighed, playing along as always.

"So," he said, "just answer the following. A simple yes or no will suffice." I raised a brow at him. "And Amy?"

"Do you feel compelled to take care of other people’s feelings, needs, and well-being?

I straightened in my seat and levelled my gaze at him to indicate compliance.
"Yes."

"Do you feel compelled to help people solve their problems?"

"Do you feel safest and most comfortable when you are giving to others?"

"Liar. Are you often unable to stop talking, thinking and worrying about other people and their problems?"

"Do you leave bad relationships only to form new ones that don't work, either?"

Relationships
. Something was going wrong.
I tried to speak, tried to answer – I really did. But I had to suspend all efforts. There was a more pressing situation to divert my energies to. Like, stopping the tears that had sprung into my eyes.

"Amy…" His voice was too gentle, too lovely. Which of course made things from the tears point of view so much worse.

"Amy?" Even gentler now, his voice, and those blue eyes – full of tenderness and concern. We'd known each other since we were twelve – and he'd never seen me cry.

"Amy, I'm sorry if I–. Listen, in all seriousness, I have never known you not to try to fix someone or something.
It's like your happiness is all tied up in the happiness and wellbeing
of everyone else.
"

He'd reached across the table and taken my hands in his. And how could he possibly have known that his hands holding mine – just that – would be the thing that undid us? Undid twenty years of friendship? Because I knew, I just knew, that I couldn't go on like this. I couldn't go on loving him from afar. I couldn't keep watching him date until the inevitable point where he fell in love and found The One.

That
wa
s it. The words were out, said, never to be unsaid. And the blend of astonishment and confusion on Freddy's face left me with just one option. I did the only sane and rat
ional thi
ng that
could
be
done
. I ran out of the café into the rain-soaked street.

Freddy followed.
He c
aught my arm. Swung me round.

"What did you say
just then
?"

He had his hands on my arms, had me standing squarely in front of him. And he held me that way, wordlessly, searching my face, searching my eyes. We stood there in the rain, both of us drowning, Freddy's hair plastered to his head, beads of rain coursing along his cheekbones. And then he spoke.
His voice was hoarse; deep.

I opened my mouth to protest, but he beat me to it.

My head began to swim as a waterfall of fresh tears fell from my eyes.
Freddy, too, looked close to tears. He took my face in his hands and kissed me. Then he pulled
me close to him, really close. He folded me into him,
and placed his lips against my ears.

"And girl," he
murmured
, "if that
codependency
of yours is worth a damn, then dammit you'll love me right back."

I turned to my friend, my guy, my big love of twenty years' standing
–
and I knew I was about to die of happiness.

My voice was barely there; just a whisper – but it was enough.