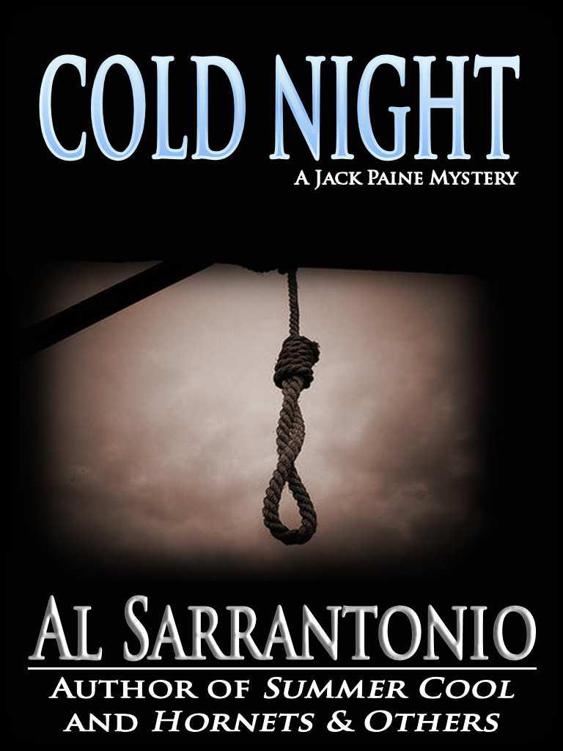 Haydn of Mars – Book I of the Masters of Mars Trilogy

Queen of Mars – Book III of the Masters of Mars Trilogy

Sebastian of Mars – Book II of the Masters of Mars Trilogy

Tales From the Crossroad, Vol 1

The Boy With Penny Eyes

The Masters of Mars – The Complete Trilogy

Two of the Good Ones

There is the heat of day,

And then there is cold night.

S
omeone on the other end of the phone said, "Barker Agency?"

"You'll do. I want you to go to the Mallard Hotel and ask at the desk for a letter addressed to Mr. Johnson from Mr. Grumbach. I'm Grumbach. You'll be Johnson. The letter will tell you what has to be done. There are five one-hundred-dollar bills in the envelope along with the letter. That's your payment. There won't be anything but a verbal contract on this, but I'm assuming I can trust you to do what the letter says."

"My boss won't let me work without a written contract," Paine said.

"You'll have to," Grumbach said.

"I'm going to hang myself."

"Mr. Grumbach?" Paine said evenly into the phone. There was no answer.

T
he front lawn was a golf course without holes in it. Paine stepped out of his car and across the driveway onto the lawn until a scowl from the gardener working in a picture-perfect rock garden with miniature roses and tulips made him hop off it onto a flagstone path.

The bell rang once, deep inside the house. The door opened almost immediately, showing an expanse of marble floor as long and nearly as wide as the front lawn. There seemed to be no one holding the door, but when Paine walked in, a maid stepped from behind the door in front of him, blocking his way.

"To the
left,"
she said, making it clear that the rest of the house was not anywhere he was allowed to go.

He went into a room with nothing in it a lighter shade than dark green. The wooden shutters were closed, but the little bars of light that got in from the brilliant sun outside showed him a typical man's room: trophies, a television three feet diagonal or so, a leather-padded bar, leather chairs. He was peering closely in the dim light at one of the rifles mounted on the wall, a .30-06, when an amber light went on behind him, pushing the room into twilight, and the girl who had agreed to see him walked in.

"We're all good shots in this family," she said to the rifle, and then she said to Paine, "I'm Dolores Grumbach."

He saw that he was supposed to cross the room to meet her at the door, so he stayed where he was. Something flashed across her eyes for a moment, something that made the room almost bright, but then it disappeared and a trace of smile came onto her face. She was all of nineteen, Paine thought, but the smile was a tired one.

"You have something to show me?" she said. "You said on the phone you had something from my father. If you don't mind I'd like you to give it to me and leave."

She looked at him for a moment, and then she turned toward the bar and pulled a glass from a long neat line of them. Paine saw that her hand was shaking, ever so slightly. With practiced ease she uncapped a decanter and poured just enough whiskey into the glass to make the ice she added sparkle with the same amber color as the room.

"Would you like a drink, Mr. Paine?" she said, not turning around.

She repeated the smooth motions with the glass, liquor and ice and then she turned to him, waiting again for him to come to her. This time he did, reaching out to take the glass. Her fingers touched his hand, and they were as cold and wet as the glass. Her nails were short and uneven. She left the glass in his hand and lowered herself onto one of the padded barstools.

"To you, Mr. Paine," she said mirthlessly, and she downed the whiskey in a smooth motion.

Paine held the glass in his hand. He felt the ice melt inside it. A long minute passed. Dolores Grumbach did not look at him. Finally, she put the glass down on the bar, the violence of the motion dulled by the leather padding.

"Did you see him before anyone else did?" she asked.

"No. I called the police and let them do that. I went up with them, but I didn't go in first and when I did go in, there was nothing for me to see. He didn't leave a note in the room. There was nothing on him but his wallet."

"Was it an awful place?"

"Yes, it was," Paine said. "A garbage hotel. He had a room with a single bulb in it, with no washstand, no blanket on the bed, dirty floor, water marks on the walls. It smelled bad."

"We buried him this morning." She stared somewhere far off.

She came back from where she had been. "Tell me what you mean," she said. Her eyes were flat brown in her face.

"What do
you
think about it?" Paine asked.

She laughed hollowly. "Because that's what I choose to believe."

Paine looked at her, but she said nothing.

"What is it you wanted?" she asked him.

Paine reached into his pocket and brought out an envelope. The name "Mr. Johnson" was scribbled across the front. He handed it to her.

"Is that your father's handwriting?"

Her eyes didn't look at the envelope again.

She slipped her hand into the envelope and brought out five new one-hundred-dollar bills and three black-and-white glossy photographs. She put the hundred-dollar bills on the bar behind her, not looking at them, and then she looked at the photographs casually, one after the other. They were copy prints of old photos: two showed a couple each, a smiling man and woman next to a new car and in the other an older man and woman, she smiling slightly, the man frowning. There was what looked like a horse in the background, and a fuzzy field bordered by eucalyptus trees sloping up to the horizon. The third photo was of a man only, in a suit and tie; it looked like the kind of thing corporations put in their newsletters when someone gets promoted, the head turned slightly to one side, face set, mouth in a half-serious smile.

"Who are they?" she asked him.

"Would you look at them again? Closely this time."

"All right," Paine said, half to himself. The girl was refilling her glass.

"Want another drink?" she asked.

"No," he said, looking at the untouched one in his hand. She sat facing the bar, away from him.

"Miss Grumbach," he said, "your father hired me, over the phone, just before he died. He told me my instructions would be inside the envelope you're holding, and that I would find it under the name 'Johnson' at the Mallard Hotel. There's no note in there, only those photographs. The truth is, I'm not allowed to work for anyone without a written, signed contract between the client and the Barker Agency, for whom I work. Your father died before he signed that contract. Now the only way I can continue with this is if someone else—"