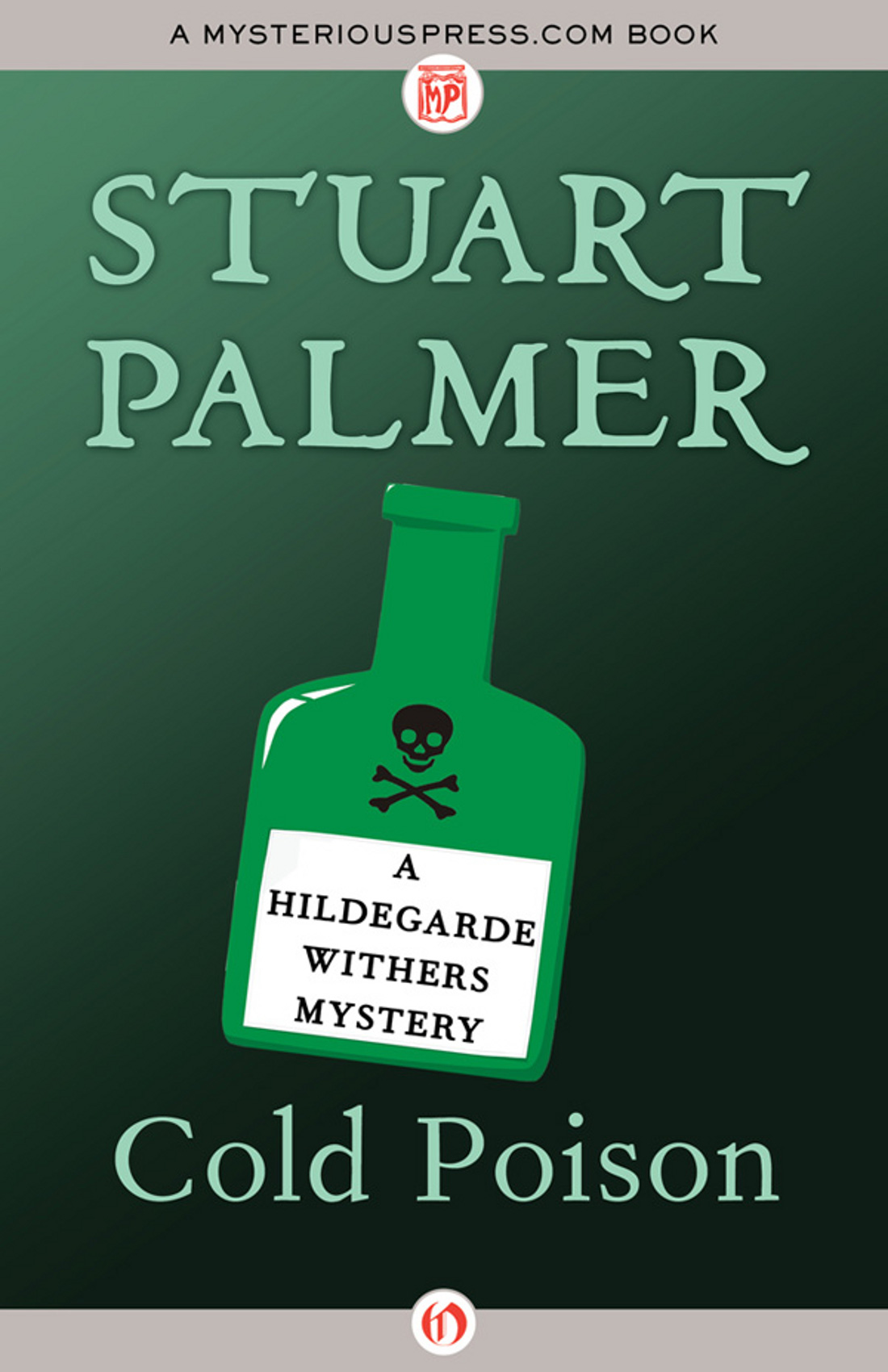 To
Walter Lantz
, the creator of the illimitable Woody Woodpecker (who appears here slightly disguised), in gratitude for his friendly cooperation. And to
Ted Sears
, of the Walt Disney Studios, for his invaluable assistance. Long may they wave.

D
ARKNESS WAS FALLING WHEN
the girl who called herself Janet Poole came back into her tiny cubicle of an office and pulled the Venetian blinds on the dripping California afternoon. From somewhere off across the Valley came the rumble of thunder; she shivered, remembering the classic Greek belief that thunder on the left presaged great and terrible events. Or perhaps, she thought, a rabbit must have just run over her future grave.

No, not a rabbit. It would have to have been a bird, a very special bird. She sighed. It had been a long session downstairs in what they all called the sweatbox; for four hours Jan and a dozen other kindred spirits had been watching a screen on which thousands of pencil sketches moved and jumped and blended. They had been watching the rough animation of what was to be someday
Peter Penguin’s Barn Dance
.

They had watched in deadly seriousness the pictured antics of a mad, antisocial penguin in everlasting conflict with an obese but sportive hippopotamus, a malignant hawk wearing a six-shooter and a ten-gallon hat, a fantastic cat with Adolphe Menjou moustaches—all of them born of the ink bottle, anthropomorphic inhabitants of this Never-never land.

One day, with some luck and the expenditure of much sweat and tears, all this would take shape and color and come alive, come wondrously alive, to sparkle for a few minutes on the nation’s movie screens. To that end more than two hundred artists and directors and writers, animators and in-betweeners and cameramen and musicians and cutters labored endlessly.

“Don’t ever ask me
why
!” Jan whispered to herself. But she actually loved being a part of it all, and when she left this pixie world forever sometime next summer—oh,
frabjous
day!—it would be with tears in her eyes and a lump in her throat.

She switched on the lights and then plumped her longish, pleasantly shaped body down before the drawing board, which was really a tilted desktop with a revolving glass plate in the center now illuminated from beneath. She took a pocket mirror from the top drawer and looked most carefully at herself—the self she had somehow created out of nothing more than good bones and a pair of eyes. This life was hard on the eyes, especially on big blue-violet, slightly myopic eyes. But Jan had made her mind up that she wasn’t going to break down and wear glasses until she was thirty—still a reassuring distance away. All the same, it might be a good idea to find out about those contact lens things that did the work and didn’t show….

The watch on her slim brown wrist said that it was almost six, six o’clock in the evening of a long day which seemed even longer because of last night. They had stayed much too long parked up there in her car on the top of Lookout Mountain in the incredible white moonlight of Southern California, watching the fabulous jeweled lights of Hollywood and Beverly Hills splashed out beneath them and arguing as only people who know and love one another very dearly can argue. That wonderful, stubborn man! Jan smiled, a warm little-girlish smile that transformed her strong-boned Polska face into momentary loveliness, and then she leaned back and pushed at her mop of ash blond hair in a gesture that was all sensuous. “‘Haply I think on thee …’” she whispered, making the words sound new and exciting. The Shakespearean sonnets were all new and exciting to Jan; she had learned about them only recently. Thanks to Guy for opening that door for her, and so many, many other doors, too.

But there were certain things she would have to prove to him, too; things that he could and must learn even from a Polish peasant girl if they were ever to make a good marriage out of it. Jan had few if any delusions, and as her grandmother had said, “There is more to marriage than four legs in a bed.”

Then it was that Jan heard a familiar step coming along the hall, and quickly resumed her usual business-like expression. She looked up with assumed surprise to see a roundish masculine face, topped by a ridiculous red beret, peering in her doorway. “Time to knock off, my sweeting,” it said. “You are maybe joining us over at the Grotto for a couple of quick ones and perhaps a small steak, which I will gladly buy?”

Tip Brown had been top artist and story-man at the cartoon studio for a decade; he was one of the best in a fiercely competitive business, but from where she sat he was as nourishing and dull and wholesome as a dish of oatmeal. Long ago Jan had decided that she liked him the way you like an oversized mongrel puppy who keeps trying to crawl into your lap and lick your face. “No, really,” she said gently.

“Do you good to laugh and play a little.” Then, as she shook her head, he came closer. “Okay, can I walk you out to the gate? Want to talk to you about things and stuff.”

“Oh? I wonder why. As a matter of fact, I know why. Hark!” Tip put his hand to his ear and pantomimed The Listener … and then from across the stretches of the studio street Jan could actually hear the faint tinkle of the piano in the music stage, with an individual touch that she knew full well. It made her heart leap up, and it must have showed in her eyes, for Tip Brown subsided a little and said wearily, “So that piano player of yours is on the lot, scoring again, is he? And
you’ve
got to wait around and drive him home?”

“I don’t gotta, I wanna,” Jan flashed. “And, Tip dear,
please
don’t be like that. You’d love Guy if you’d only take the time to know him. Just because he doesn’t drive a car is no sign he’s not a man, and a lot of man. This part-time music work is terribly important to him; it’s already resulted in his getting two songs published in New York based on things he’s done here. If you’d
only
get to know him—”

Tip Brown shook his head. “My quota of charming young gentlemen is filled,” he said firmly. “Well, baby, maybe someday you’ll learn about musicians the hard way. They eat their young, if any. But everybody to his own taste.”

Tip Brown looked at her wistfully, then bowed low, vented a shrill Peter Penguin laugh, and went back up the hall a little slower than he had come. Janet sighed—because Tip was really a dear, fun to be with and fun to go out with and if things had been different …But things weren’t different; things were as they were, and wonderful! And it was only in some of the more outlying parts of Tibet that a woman was permitted more than one husband.

It was six o’clock now, and as if that had been a cue the sound of the distant piano cut off short. Jan felt the day’s weariness fall from her like a dropped cloak, and hastily reached into the second drawer of her desk for a handbag, feeling that a little lipstick never hurt a girl at the close of a hard day.

Then it happened. Her searching fingers found something else laid on top of the handbag, something that shouldn’t have been there at all. It was only a brown paper envelope with her name imprinted in big red capitals, and below the name a sketch of what everybody in the studio called “The Bird”—the fantastic penguin who played the starring role in most of the films. But this drawing was wrong, all wrong. It showed the beloved, irrepressible Bird with his toes turned up in death, a strangling noose about his throat. Long ago Jan had learned the unwritten laws of cartoondom: no snakes, no cows with udders, no blood and no death—no death,
ever
. The very blackest of its villains, The Big Bad Wolf and Honest John and Buzz Buzzard and all the rest, got their comeuppance in the last reel, but even they always lived on to plot again some other day. This was a world of laughter, and laughter and death don’t mix.

This picture was just one of the things you
didn’t
draw, not even while doodling in fun. Jan was about to throw the envelope away when she found that inside there was a sheet of drawing paper cut into the shape of a heart; it was a valentine, the message printed with hot red crayon:

TO THE NUDE ARTISTS’ MODEL:

COME AND TRIP IT AS YOU GO,

YOU ARE GOING TO DIE, YOU KNOW,

AND BE IN DEATH MY VALENTINE!

Jan’s “O-o-oh” of surprise was thin and reedy, but it must have carried down the hall, for a moment later Tip Brown in his raincoat came plunging through the doorway and saw her viciously tearing bits of paper into smaller bits and hurling them into the wastebasket.

“
Nothings
the matter!” she cried at him. “Please go away!” But Tip stood there, bug-eyed and motionless. Suddenly she stood up, overturning her chair, and went out and down the hall with coat and hat clutched in one hand and bag in the other, hurrying faster and faster toward the stairs. Soon she was running headlong, down the steps and out into the lighted, rain-swept studio street, and then breathlessly on and on toward the doorway of the music stage and the safety of Guy’s waiting arms.

“Do not men die fast enough without being destroyed by each other?”

“T
HERE SEEM TO HAVE BEEN
at least three of these nasty things delivered to people in our studio yesterday,” the unexpected visitor was saying. “Or rather, left for them to find. One turned up this morning on the desk of our musical director, a volatile Slovak, who blew his top and was no good for the rest of the day. Naturally we don’t like it.” The man didn’t look as if he liked anything very much; he had a thin face, thinner hair, and a tight mouth. He had originally introduced himself as Ralph Cushak, studio production manager, and it was fairly clear from his manner that at least at the moment he was acting under orders with which he did not entirely agree.

Across the little Hollywood-bungalow sitting room his hostess, an angular spinster of uncertain years but certain temperament, was feeling flattered but a little confused. She had had her crowded hours back in Manhattan; now she chafed at this retirement to the bland, monotonous climate of Southern California though her asthma made it necessary. But like an aging fire-horse her ears pricked up at the sound of the siren. “Perhaps if I could
see
one of these un-comic valentines?” she suggested. Then, as he hesitated, she continued, “Heavens to Betsy, young man! Don’t you worry about my sensibilities. Anyone who has been a teacher in the public schools of New York as long as I have is not easily shocked; I have washed many little mouths out with soap, and erased all sorts of words from the blackboard.”

Master of the Inn by Ella Jade
Lamia by Juliandes
In Another Life by E. E. Montgomery
The Island on the Edge of Forever (The Epic of Aravinda Book 2) by Andrew M. Crusoe
Flirting With the Forbidden by Joss Wood
Poisoned Soil: A Supernatural Thriller by Tim Young
Wanda E. Brunstetter by Twice Loved
Skating on Thin Ice by Jessica Fletcher
Taming Mariella by Girard, Dara
Into the Shadow by Christina Dodd