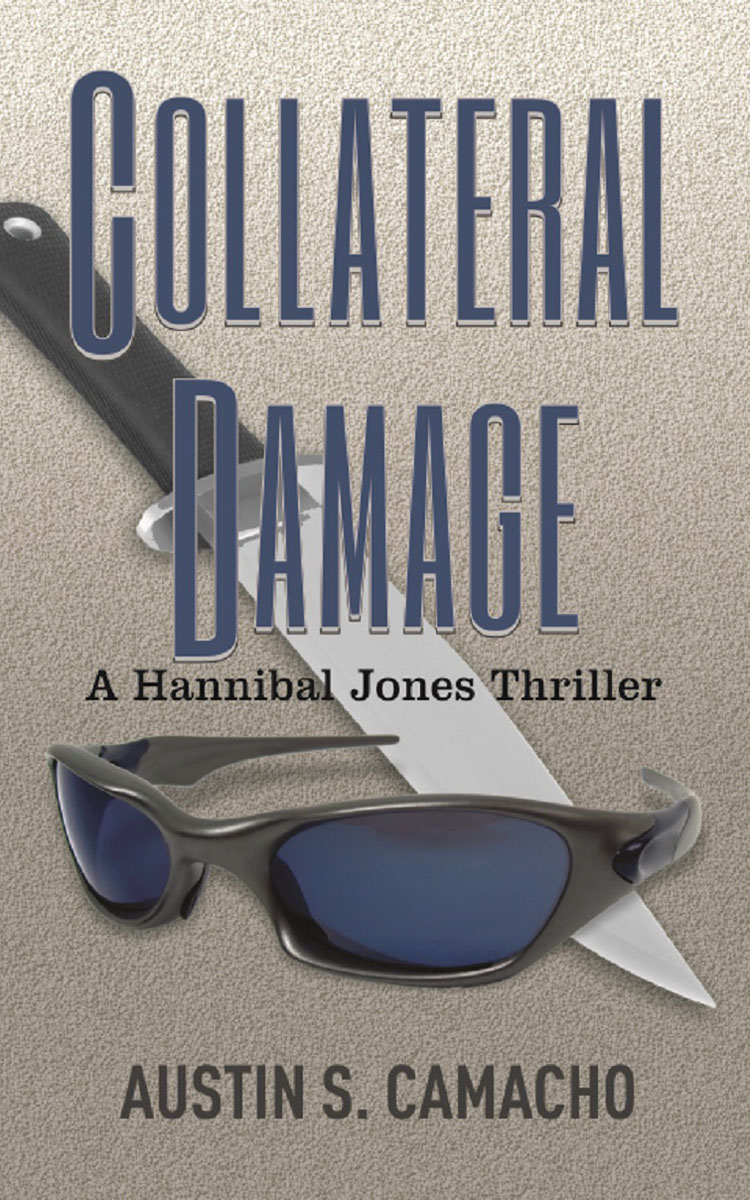 “Hannibal Jones is a new kind of pulp detective. Larger than life; he is a world traveler. He knows how to use his fists, but he also is a sensitive soul who can relate to his victims. Camacho has done an excellent job of expanding Hannibal's influence in this second novel. Camacho has a great thing going.”

“In Collateral Damage, Austin Camacho brings back his harder-than-hard troubleshooter, Hannibal Jones, in a teeth-rattling tale of murder and treachery. It's conventional wisdom that the second novel by young writers rarely lives up to the promise of their first book. Camacho turns this old adage upside down with a powerhouse writing performance.”

“Hannibal Jones is a professional problem solver, a hybrid of The Equalizer and Shaft. Collateral Damage is a well-plotted tale where not everything is what it seems, and when the truth comes to light the reader is certain to be satisfied. Author Camacho creates in Jones a likeable protagonist, tough and tender. Fans of suspense will want to call on Jones.”

“Camacho employs a smooth, professional writing style that makes for easy and pleasurable reading, as does his well fleshed out and unique hero, Hannibal Jones. Multicultural characters, scenarios, and backgrounds provide depth and insight to Hannibal's character, an uncommonly original lead for this missing person tale. Here's hoping for more from both Hannibal and Mr. Camacho!” 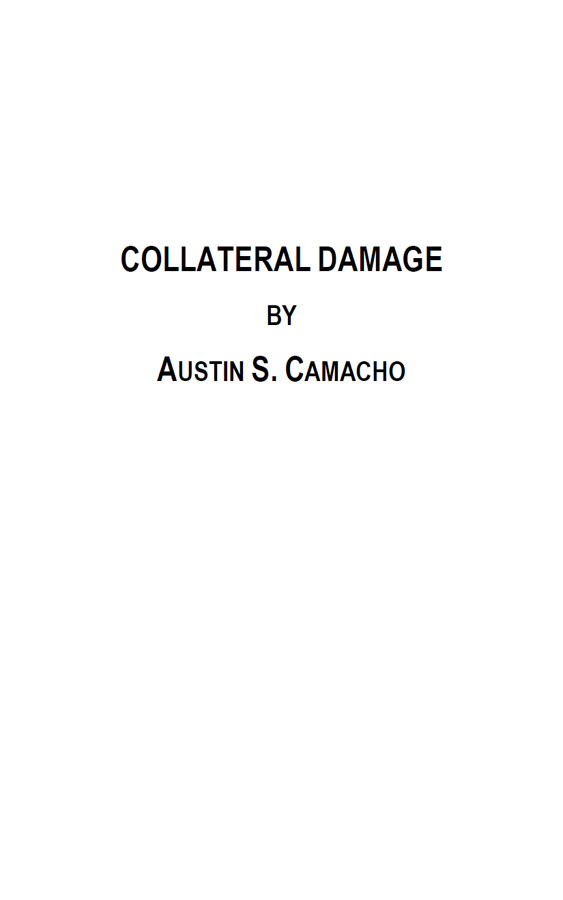 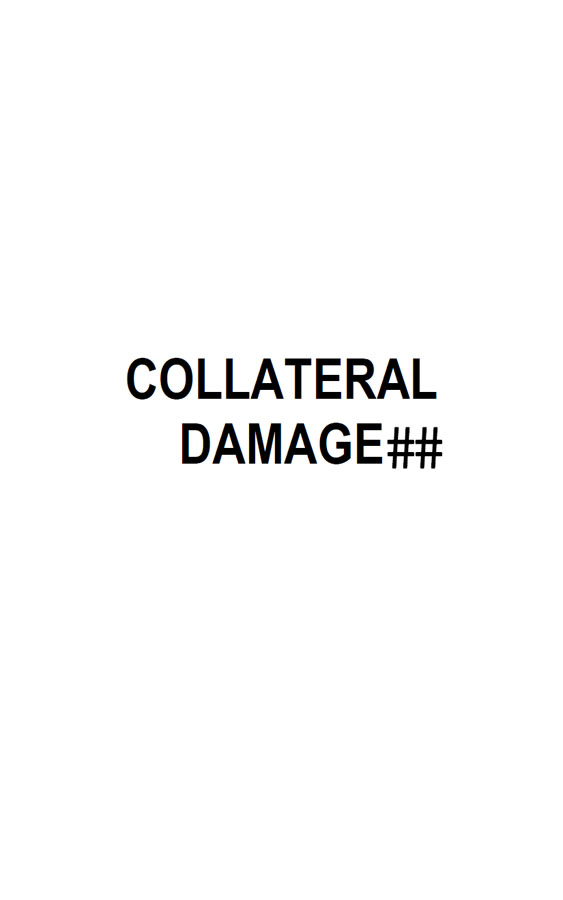 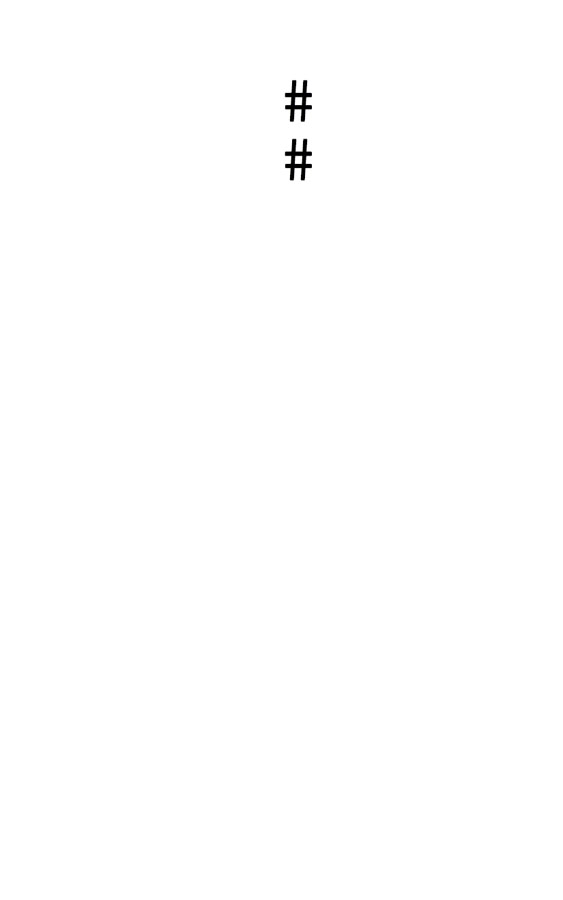 Isaac sent Anna into the corner with one last backhand slap before responding to the pounding behind him. “If this is one of your nosy neighbor friends, they'll get the same as you,” he said. He shuffled his broad frame to the door to stare through the small pane just below his eye level. Somebody was there but it was too dark to see them. Arrogance rumbling in his throat, he flung the door wide.

His visitor offered more than a few surprises. First, he was dressed rather formally, in a black suit and tie. He wore black leather driving gloves and dark sunglasses, despite the fact that the moon was out behind him. He must have been black too, but he was awfully light for a black man, more like the color of coffee if you used real cream. And his hair was wavy, but not kinky like all the black guys at Redskins camp before they threw him out. For his temper, they said. As if having a temper was bad for a lineman.

“You know, a woman screaming like that will attract people's attention,” the black guy said. Isaac figured the most surprising thing about this guy was that he was smiling. He looked so relaxed, Isaac was tempted to relax too. Some of the rage was seeping out of him. He glanced down at his bruised left knuckles, then back up at the man at the door. Well not up, really. The black guy was a good four inches shorter, which would make him just about six feet tall.

The newcomer also looked at Isaac's big knuckles, and his smile dimmed just a bit. He kept one hand wrapped around the other in front of him. When he looked up, his gaze focused past Isaac for a moment, then he looked up into Isaac's face. “My name is Hannibal Jones. My little friend back there called me because he thought you folks might be having some trouble. “Mind if I come in?”

Isaac looked behind himself to see a scrawny black kid, maybe twelve years old, crouching at the back of the room. As he did, his new visitor slid past him. None of the other busy bodies who came to the door ever tried to come in, not even the cops. Not until they asked Anna if they should, and she was always smart enough to say no. Not that this guy was any threat. Isaac had maintained his training weight, almost three hundred twenty-five pounds, a good hundred fifty pound advantage over the intruder from the look of him.

Hannibal walked to the center of the room, and seemed to anchor himself there. The boy stood frozen against the far wall. Hannibal stared hard at the woman in the corner, petite, cowering, waving him away. Her mouth formed the words “go now” without sound. He resumed that damned arrogant smile and returned his attention to Isaac.

“So, erâ¦where's your boy?” Not a question Isaac expected. Usually the intruders started with “why are you doing this” or “what did she do to make you do this” or some such idiocy, as if they really cared. This guy didn't seem concerned about why. Isaac wasn't sure if that was good or bad.

“In his room,” Isaac growled, flipping his head menacingly, his dirty blond hair dancing across his face. “What's it to you?”

Hannibal pointed to the boy leaning against the wall and said “Monty, please.” The boy ran back into the house. Isaac stepped toward him, but Hannibal stepped into his path.

“Monty goes to school with Nicky. He might just want to tell his friend goodnight, eh?”

Isaac hesitated for a moment, then his eyes flared as he realized for the first time that he was losing control of the
situation. “Get out of my house!” he roared, his teeth bared like a cornered animal. “Get out now!”

Hannibal stood his ground, his nose wrinkling as he stared up into Isaac's big face. Was that some kind of subtle insult to Isaac's breath? And so what if it was? Wasn't a man entitled to a few beers on the weekend in his own house? Isaac could feel the blood pumping back into his face, knew he would be getting red as he always did just before the explosion. At least, that's what Anna always said. His fists shook at his sides. The smaller man slowly raised his left hand to chest height, his palm facing Isaac.

“How about we clear the field first? Doesn't it seem crowded in here to you?”

Isaac watched his son and the black kid run past behind Hannibal, and out the door. Isaac was surprised Nicky left without even looking up, not a backward glance at his old man. Something like regret flitted through his mind, and the rage dimmed just a bit.

The black kid was back in the house, taking Anna's hand, helping her to her feet. They were walking behind the smaller man. She walked slowly, limping. Isaac was aware then of his power. And while he watched her, she turned her face to him. A red trail led down from her nose. Purple patches stood under her deep blue eyes, almost like the paint he used to put on before a game. But her eyes still cut into him, as they had earlier this evening, before it all started.

“No!” Isaac screamed in his guttural voice, his right arm reaching out for her. Two gloved hands wrapped around his arm, at the wrist and just below the elbow.

“Can't we talk about this?” Hannibal said, his voice still calm but more urgent now.

Isaac swung his arm outward and around. Hannibal lifted off the floor and sailed across the room to crash into a wall. Isaac centered his attention on his wife, so close to the door, about to leave him. “Get back here right now, you bitch!” he
shouted. The woman stopped, and if not for the boy with her, may well have turned around.

But then Isaac felt a thump in his ribs on his right side, and staggered to the left. Hannibal recovered from delivering the stamp kick and raised his arms as a guard. Now his posture was familiar. He was ready to fight.

“Let her go, Isaac,” Hannibal said softly. “You don't really want to hurt her. Or anyone else.”

What the hell did he know? Isaac could feel the rage building again as he watched his woman vanish through the door. He would teach her to desert him. He would settle with her as soon as he was done with this intruder. He turned to square off against the other man. Hannibal stood with fists raised, feet spread apart like a boxer. Probably thought he was some kind of fighter. He would never know what hit him.

Isaac dropped his shoulders and charged as if breaking through the line to sack the quarterback. Hannibal appeared frozen in fear at first. It would be easy. But then, just as Isaac reached him Hannibal's body shifted to the right. One foot did not move, and Isaac tripped over that outstretched right leg. A gloved fist thumped hard against the back of Isaac's head. Momentum sent him crashing into the sofa, forcing it back into the wall with enough force to create a long crease in the plaster. Hannibal was on Isaac's back in an instant, wrapping his right arm around Isaac's throat. His voice was close in Isaac's ear.