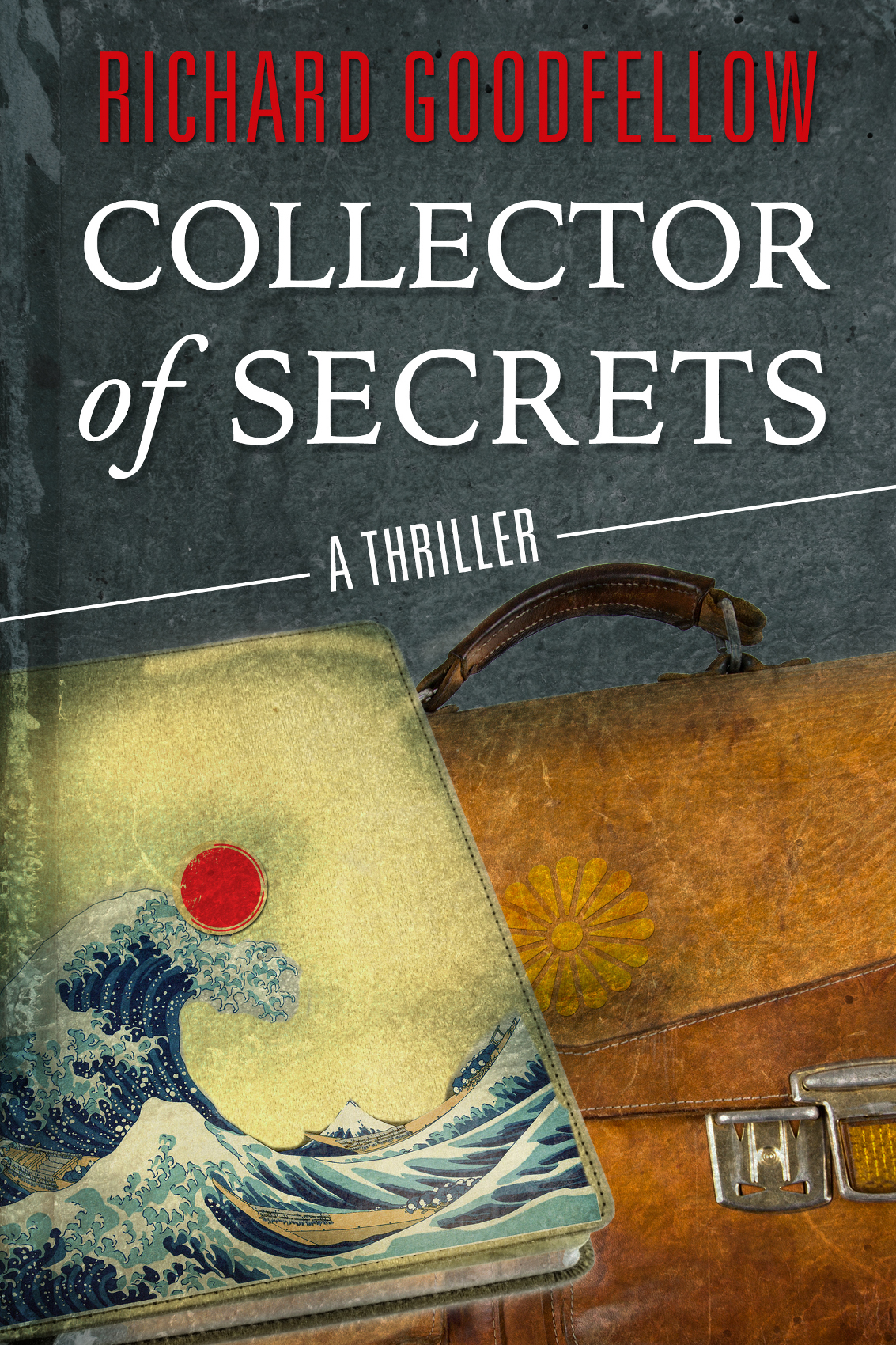 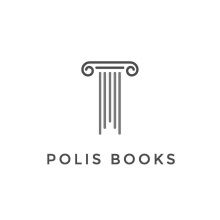 American twentysomething Max Travers, an English teacher in Japan with a beautiful girlfriend, wants out. His manipulative boss, Yoko, is trying to swindle the unsuspecting parents of his students and is using his golden-boy American face to do it. Desperate to seize his locked up passport, he sneaks into Yoko’s office in the middle of the night only to surprise the Japanese mafia’s burglary in progress. Escaping with his life, Max is on the run from tattooed Yakuza, the Japanese police, and a mysterious American named Lloyd Elgin who seems to have ties in high places. All are after the leather book Max grabbed instead of his passport— a diary Max himself can’t read, a diary that Yoko’s father has been safeguarding for more than half a century. With his girlfriend’s life at risk, Max must decipher the secrets of the diary and put an end to the chase before his newest, gravest troubles catch up to him and stop his running for good. Collector of Secrets marries the historical intrigue, deep research, and wide commercial appeal of the best of Dan Brown or Michael Gruber to the techno-savvy, judo-kicking, stranger-in-a-strange-land atmosphere of Barry Eisler’s internationally bestselling John Rain series.

I kill an ant

And realize my three children

THE JUNGLE raised its hand to strike back. Oversized fern leaves smacked against the truck’s windshield as it lurched and bucked on the dark, narrow road, the branches screaming as they cracked and tore. From childhood, Ginto had roamed beneath this lush, green canopy, but now the old familiarity felt askew, as if twisted through his present actions. By all rights, he should have been asleep in his hammock, not helping the Japanese invaders. The jungle knew his betrayal, and it was shouting its anger.

He wiped the sweat from his tanned forehead and pressed harder on the truck’s accelerator. The engine groaned and pulled against the weight of the cargo. The side windows were closed, making the cab stifling, but better the heat and humidity than the insect hordes attracted by the dancing headlights.

Glancing over at his young son watching warily from the passenger’s seat, Ginto mustered a crooked smile, attempting to reassure the boy that everything was fine. He shouted over the noise of the laboring engine. “Now remember what I said. When we get there, you hide on the floor. Understand?”

The boy nodded his head in acknowledgment.

“Don’t worry, Benjie. Everything will be all right.”

The night before, outside the village café, the foreigner had whispered the delivery instructions, telling him to drive into the hills—alone. But ever since the slaughter of Ginto’s wife and the disappearance of their daughter, Benjie had refused to leave his father’s side. The horror was too much for the eight-year-old, and he often lay motionless on the dirt floor of their hut, as if imitating death. Little seemed to lift the almost permanent haze that clouded the boy’s eyes, and at times Ginto was sure he was losing his son to madness.

The boom of distant explosions pulled Ginto’s focus briefly from the road ahead. When his gaze again flicked forward, he saw that a man was standing in the pathway. A submachine gun waved in the air, motioning the vehicle to stop. Ginto grabbed Benjie and pushed him frantically to the floorboards while struggling to slow the lumbering truck. The gunman leaped backward, swallowed by the foliage as the shuddering vehicle bounced past the spot where he’d stood.

Quickly reappearing, the shouting soldier raced forward, banging on the driver’s door. Ginto clambered down from the cab, his shaved head bowed. He stuttered, trying to explain as the strike from the gun butt caught him on the side of the neck. He dropped to one knee, his hands raised in a vain attempt to protect himself from the blows that followed.

N
inety feet to the south, hemmed in by jungle on three sides, Prince Takeda’s tent rested in a forty-foot-wide clearing, visible only from the sharp, desolate peaks of the surrounding mountaintops. Under camouflage canvas, the prince gazed up from his diary. He leaned back in his chair before crossing white-uniformed arms over an ample belly. Adjusting his slim, round spectacles, he motioned slightly with a flick of his wrist. The lieutenant, standing nearby, ran and knelt before the chair.

The prince spoke in a gentle but authoritative voice. “See that those men get moving. We have very little time to finish this operation, and the cargo needs to be inside the cave.”

“Yes, Your Highness. And when I return, shall I secure the official map and inventory list?”

“Did you misunderstand?” Prince Takeda flared his nostrils. “I said, ‘not this time.’”

As the lieutenant rose and began to turn, the prince spoke again. “And make sure the truck driver is with the others when everything is complete.”

“Yes.” The lieutenant stole a brief glimpse of the prince’s dark brown eyes before he bowed again. Exiting hastily, he cut across the muddy, open ground.

For a man of royal stature, the prince could on occasion show extraordinary kindness, but this was not one of those moments. With the Allied army advancing throughout the Philippines, time was quickly running out. He reflected that the emperor would not reward failure, even from a favored cousin. For three years, the prince had spent his life in these jungles, scouting for locations and overseeing construction. It all came down to completing the final tasks just hours ahead of the enemy.

The epic 1942 battles of Midway and Guadalcanal had turned the tide of World War II in the Pacific. Now, two and a half years later, the few weakened Japanese troops led by General Yamashita were sacrificing themselves to slow the Allies’ progress. But the enemy forces were too strong, and the area would soon fall into American hands.

B
roken slivers of moonlight reflected off the scattered pools of water that had formed in the open earth. The lieutenant cursed the mud as he marched toward the truck. Drawing closer, he motioned. “Soldier, get back to your post. And you!” He pointed at Ginto, who was rising from the sludge. “Get this truck inside!”

Ginto stared over the officer’s shoulder at a cavernous opening in the mountain’s rock wall. The dimly lit entrance appeared large enough to swallow two trucks. Shadowy figures moved around the breach; their voices were barely discernible against the explosions from the village over the ridge.

Lieutenant Endo moved closer and drew his handgun, pressing it to Ginto’s chest. “Are you going to drive, or do I have to do it for you?” he bellowed.

“No, no, I’m very sorry. Yes, right away,” Ginto said as he backed away, trembling, bent at the waist. Turning, he scrambled into the truck’s cab, closing the door with great haste.

P
rince Takeda watched with satisfaction as the truck finally rolled into motion. It would be his honor to seal the last of the hiding places before making his escape. Suspended in the deep blue waters of the nearby Pacific Ocean, an I-55 submarine waited silently, ready to surface at the appointed hour.

He glanced at the final tan-colored map lying on the desktop before folding it between the pages of his diary. There was no need to pass this one on—he would keep it to himself. He retrieved his chocolate brown satchel; a golden sixteen-petal royal chrysanthemum, the size of a palm, was clearly embossed on both front and back. While packing away the inventory list, he ran his hands over the corners of the Italian leather satchel and thought of how pleasurable it would be to soak once again in the steaming pools of Hakone and feel the chill of
sake
sliding down his throat. Nearly three years of drawing maps and digging holes was enough. The emperor should let him rest.

Infected by Sophie Littlefield
The Sound of Us by Poston, Ashley
150 Minecraft Secrets You've Never Seen Before: The Secrets Handbook by Silvia O'Dwyer
At the Reunion Buffet by Alexander McCall Smith
Quarantine #2: The Saints by Thomas, Lex
Beneath a Burning Sky (The Dawnhawk Trilogy Book 3) by Jonathon Burgess
Behaving Like Adults by Anna Maxted
Heaven with a Gun by Connie Brockway
Die a Stranger by Steve Hamilton
Chiffon Scarf by Mignon Good Eberhart