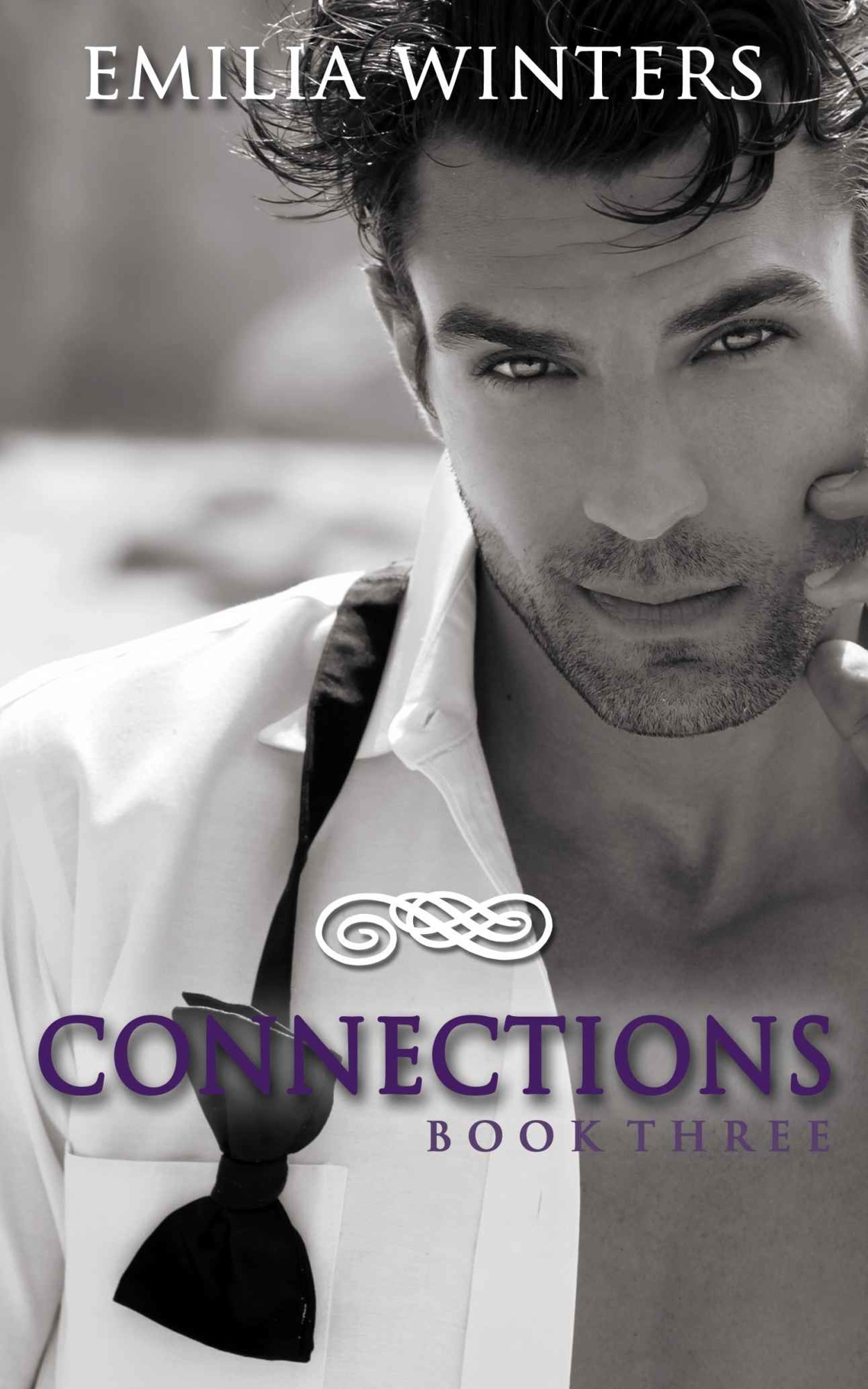 Names, characters, places, and events are the product of the author’s imagination.

Any resemblance to actual events, places, or persons are purely coincidental.

The last time Alex Matlock had stepped foot in a hospital was when he’d been fourteen.

He supposed that was a more accurate description.

He’d broken his left leg goofing off with Luke and a few of his friends, trying to best each other by doing tricks on their bikes.

Alex had fallen off after a shaky attempt at a ramp jump.

Even now, he could still hear the snap of the bone.

Could still remember the icy flashes of pain slithering up and down his leg.

But most importantly, he still remembered his father’s disgust.

Alex had called him from his hospital bed, scared, wondering where his parents were.

I’m busy,” his gruff father had responded when Alex asked him to come around to the hospital.

His mother had shown up, alone, almost an hour later.

Stepping back into a hospital gave him a sick feeling in the pit of his stomach…and it had nothing to do with the fact that his dearest cousin, Beth, had been admitted earlier today.

The sweetly unpleasant smell of disinfectant swamped him, making sweat bead on his forehead.

Hospitals reminded him of his father and the slowest hour Alex had ever endured, wondering if his parents would ever come to retrieve him.

If they even wanted to.

His racing heart calmed a bit when he saw his aunt and uncle, hunched tiredly in uncomfortable looking chairs near a reception desk.

He hurried over to them, his footsteps landing heavy on the linoleum.

He reached out to touch his aunt’s shoulder just as his uncle spotted him.

“How is she doing?” Alex asked, concern lacing his tone.

His aunt patted his hand, smiling up at him.

How many times had he wished he’d been born to her and his uncle when he’d been younger?

He always felt shame after.

He truly did love his own mother.

He even loved his father, in his own twisted way.

You always crave what you can’t have, Alex
.

“Hi, dear,” his aunt Kathy greeted, standing to envelop him in a crushing hug.

“She’s almost out of surgery.

And then we’ll be able to see her.

Derrick’s just gone to get some coffee.

The poor man has been to hell and back the past few hours.”

Alex could only imagine.

Derrick was Beth’s fiancé, a big, hulking man who was a big softie on the inside.

Especially for Beth, who was his opposite in every way.

“Speaking of the devil,” his uncle Mike said as the man in question suddenly rounded a corner at the end of the hall.

Derrick approached them with three paper cups of coffee precariously perched in his hands.

His dark skin gleamed under the fluorescent lights of the hallway, highlighting the strained look around his mouth.

Looking at him, no one would think this man, who had the build of a bouncer, was actually a chef.

And a damn good one, at that.

One night, after a few drinks, Alex had naturally teased him about his profession and Derrick had cheekily replied, “Any man who doesn’t cook is a damn idiot.

After all, food is the only other thing you can put into a woman.”

That
shut Alex up.

No one could argue with that logic.

The two had remained friends since then and Alex couldn’t be happier for Beth.

“Alex,” Derrick nodded when he finally reached them.

The distress on his face was much more evident up close.

His aunt was right…he’d been to hell and back.

He passed a cup of steaming hot coffee to Alex’s aunt and uncle and then turned to him.

I didn’t think you’d get here this quickly,” he said, holding out his cup in offering.

Alex shook his head, thrusting the cup back to him.

“You look like you need it more than I do, man.

I’ll get some later if I need it.”

Derrick relented and took a sip.

“How’ve you been holding up?” Alex asked him, taking in his bloodshot eyes and wrinkled clothes.

Derrick threw him a hesitant smile as he seated himself between Mike and Kathy.

Aunt Kathy curled a comforting arm around his broad shoulders as he spoke, “I’ve been hanging in there.

When I heard Beth had been in an accident, I lost my shit.”

Derrick seemed so forlorn that Alex’s aunt didn’t even chide him for his language.

“But it looks like she’s in the clear now, so I’m trying to relax.”

A knot in Alex’s chest loosened…but it was just one of many.

Beth still had a lot of recovery time and the wedding was definitely on hold for now.

As if reading his thoughts, his aunt chimed in with, “We can’t cancel the engagement party, but the doctors think she’ll be released in a couple days anyway.

But the wedding…” she trailed off, glancing at Derrick.

Derrick shook his head, “I know Beth and she definitely won’t want wedding pictures with her arm wrapped.”

A small smile slipped through his anxiety as though he was recalling an amusing memory.

“It’ll just have to be put on hold for now,” he grumbled a few moments later.

“She won’t be happy about that,” his uncle Mike added.

“No she won’t,” Alex agreed, shifting on his feet.

She needs time to recover, although I have a feeling we’ll have to pry those wedding magazines from her fingers.”

The tension eased and Alex sat and stayed with his family for another half hour before his mind wandered back to Olivia.

Now that he had reassurance concerning Beth’s condition, another fear took center stage.

Alex could only imagine what Olivia was thinking, but he knew it was nothing good.

He cursed himself for not charging his phone the night before…for being too wrapped up in work to bother.

And he hated himself for it.

But he figured now he could find a phone charger.

His phone was a popular model, so he figured someone was bound to have the same one.

After making rounds through the waiting room and the reception desk lobby, he finally found a young nurse seated in the cafeteria with the exact charger Alex needed.

He gave a charming smile as he approached and the nurse seemed to freeze.

And then she blushed.

It reminded him of Olivia.

Although everything seemed to, if he was being honest with himself.

“I was wondering if I could use your charger to make a quick call,” he explained as he came closer.

He held up his phone and shrugged as though he was embarrassed.

“I can never remember to charge mine at night.”

The nurse seemed to get over her initial shock and nodded wordlessly, quickly disconnecting her phone.

Here you go,” she said, as she handed him the cord.

“Thanks,” he said, fluidly dropping into the seat next to her.

“I’ll only be a minute,” he assured her.

“Take your time,” she said with a more confident smile.

He wondered if she would have been less receptive to him had he told her he needed to make an urgent call to a woman.

He made small talk while his phone juiced up a few percentages, but the minute he was able to, he scrolled to the contact list and found Olivia’s number.

Just seeing her name scrawled across his bright screen made his heart pound.

He tapped on her name and brought the phone to his ear, shooting the nurse an apologetic smile.

But he wondered if she was still out with her friend.

Regardless, he left a voicemail, “Olivia, I’m so sorry about tonight, but I’ll explain everything when I see you.

I’ll keep trying to reach you.”

He wrote down Olivia’s number on a leftover receipt he found in his pocket, just in case his phone died again and he had to use a pay phone.

“Was that your girlfriend?” the nurse asked, a little too nonchalantly.

Yet, Alex had the distinct impression that she wouldn’t have cared either way.

“Yeah,” he said with a small smile as he unplugged his phone.

At least he still hoped so.

A month ago, he might’ve enjoyed the nurse’s attentions.

He would’ve flirted with her, maybe even asked her out.

She was pretty, but he felt no attraction to her.

Her blonde hair seemed wrong somehow, now that he was used to Olivia’s silky dark hair.

Everything about the nurse was wrong because he was already in love with another woman.

Alex knew he was screwed.

He was in love with a woman that might break things off with him.

He was such a fool.

He wondered for the millionth time what Olivia even saw in him.

Although, she might never want to see him again after his actions tonight.

With that chilling thought, he gave a distracted smile to the nurse as he stood from the table, his mind already racing as he made a mental checklist.

He needed to check on his family, possibly see Beth if the doctors allowed it, and then he needed to find Olivia as soon as possible so he could explain this disastrous night.

He had to make her understand.

“Thanks again for letting me use your charger,” he said to the woman staring up at him.

He recognized the desire behind her eyes.

He knew from past experience that he could have her if he wanted to.

He didn’t want anyone but Olivia.

And before the nurse could respond, he turned his back and walked briskly back to the waiting area, praying that Beth would recover quickly and that Olivia would forgive him…again.

She had felt numb when her boyfriend of six years dumped her after years of emotional abuse.

She’d felt nothing for him in the end.

Anger at herself for letting a man treat her that way.

She had allowed herself to be treated like a rag doll.

One that could carelessly be tossed around…one that didn’t even care that it was being abused.

But now, after Alex had broken her heart, Olivia skipped the numbness and went straight into the anger territory.

It felt better than being sad.

The hurt was still there—an intense pain she longed to forget—but a fury washed over Olivia after she had cried on her best friend’s shoulder, knowing that Alex decided not to show up because he didn’t want to continue their relationship.