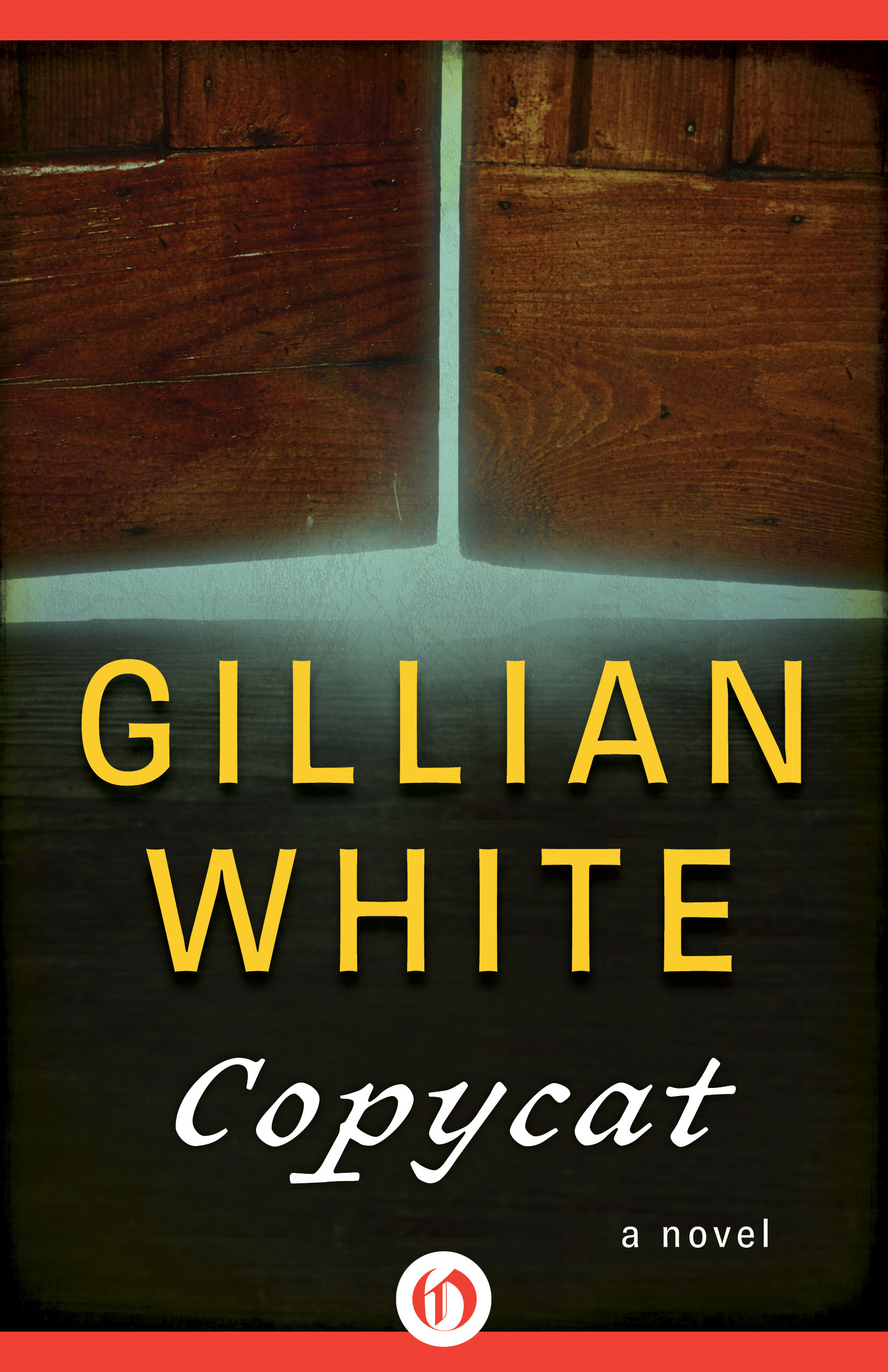 I
T’S FUNNY HOW CERTAIN
labels take precedence over all others. Murderess will be the one society pins on me when I’m gone, and so all those little strived-for successes, from ‘good girl’ to ‘wife and mother’, are obliterated as if they’d never been. Oh and I wanted so hard to be good. Murderess (perceived as so much more evil than murderer) would probably replace far more noble states than I ever achieved; at a push ‘prime minister’ might still stick, but underneath the greater truths of ‘wicked, deranged, ruthless’.

Here lies the murderess.
Name, age, state, what about them? Doesn’t matter.

If by some miracle I could win a Nobel Peace Prize, that would come second on my grave. It might not even get a mention.

I ought to be grateful, I tell myself when I’m searching for something positive to think about my life. Thoughts of my children I push away – they are far too painful to dwell on. But I ought to be grateful when I think of Ruth Ellis and I remember that so few years lie between my crime and hers, both crimes of passion. And when she said goodbye to her child she knew it would be for ever. I still have the small hope that one day my children and I may be reunited.

Other women in this open prison talk of nothing else but their kids and their men. They keep photos of them in their rooms (yes, rooms, not cells, although of course we are locked in at night. The missing bars are just an illusion in the same way that the flowers we plant are illusions, pointing to life as it was and can never be any more.) I have a photo above my bed but so far I can’t look at it.

It is their choice of men that makes it impossible for me to relate to them. All but the rarest inmate has opted for destruction by proxy… but their obsessions with these monsters are real and I am an expert on dangerous obsessions. I don’t give advice, and nor do I take it. But I am sorry for being a murderess; oh yes, please believe me, I repent every second of every single day.

It’s hard being cleverer than the screws; they know that I am and they resent it, so half my time I spend attempting to be crude and silly. You have to adjust to the norm in here, and that norm is becoming younger, more violent and increasingly aggressive. Drugs flow. Knives flash. I turn away from trouble, still trying, in my way, to be good without being seen as sissy.

People say life is a dream and it would be so good if it was. It would mean I hadn’t killed anyone, I hadn’t destroyed my children’s future by depriving them of their mother and tagging them with my own dreadful label. Suppose the whole of my life has been just a kind of troubled sleep, sluggish mostly, but feverish at times with periods of real nightmare? Certainly, the things I have done I seem to have done in a dream, and the person I killed is like a dream person.

The obsession that overtook her and me is a curious phenomenon, a chemical process. ‘Love’ sprang from somewhere like a witch on her broomstick, a separate and menacing power, distorted. This kind of attraction makes billions of atoms rush together, lights conflagrations in the blood that reach nerves, heart and brain, chest and stomach. Any sensations of exquisite delight come with acute distress.

After years of anguish caused by obsession came a frenzied craving, a physical need for relief from the tension so acute it could not be ignored. She seemed almost invisible when I approached her that last fatal time in the garden. She was myself, but shapeless and without substance. The buzzing of the insects was loud, and in that blazing heat the whole world hung as if enchanted.

The pain of it drove me, soft-footed, towards her. She saw me coming, she saw the rug, she opened her eyes and frowned, then stared in a disgusted way, then burst out laughing. She laughs when she’s hurt instead of crying, I know that so well. She sat and watched me as I came nearer, her face rigid, her eyes enormous. She watched me with indulgent confidence. The proximity of her was too hard to bear.

It was then that she turned away and I was able to make the cut.

It was then that her eyes turned frightened and, in the ladder of light that slanted over her shoulder, a million tiny things danced in scarlet.

‘For the love of God,’ she begged.

She was bleeding. But nothing she said could have stopped me.

Now she is gone there is little of me left, nothing but scraps that take time to find.

Nothing more can happen to me now, and I am glad.

C
AN YOU HEAR THEM
?

As I walked down my garden a moment ago I thought I heard – no, I did hear, I’m not deaf – I heard laughter. Collective hatred. Ill wishes. Thistles and weeds choking my roses under such a clear blue basin of sky.

As the DJ insists on telling me, it is six o’clock precisely, and at six o’clock on a Monday and Thursday it was my habit to leave the house by the stable door, go along the path to my back fence and reverse the whole procedure to let myself into Martha’s kitchen. This ritual was so deeply ingrained it was more on the lines of sleepwalking, me blundering along like a blindfolded child with a tail to stick on the donkey, arms outstretched, a junkie groping my way towards the shameful fulfilment of my need.

What a sad and pitiful fool.

But Martha’s kitchen was warm and crumbly like home-made biscuits on blue and white plates and it beckoned me like the ghost of something – childhood stories and fairy tales. She had so many knacks that I lacked. Martha picked flowers in handfuls and rammed them into muddy brown jugs while I took time with mine and missed that spontaneous effect. Snipped and brittle in Worcester china, my arrangements ended up formal as flowers made out of blown glass.

And now I can’t go there any more it feels like a desolation.

I am reduced to standing motionless, peeping out between my curtains till my eyes ache and
it hurts it hurts, dammit, it hurts.

Something like this happened at school. They have counsellors to prevent it these days, but looking back on those faraway times it was no more than a painful game. God help me, this is real.

How I would look forward to Mondays and Thursdays at six o’clock. You couldn’t compare it to Graham’s homecoming; it was balmy, better than Graham’s returns. It wasn’t the signal for manic activity – making sure the kids were changed and pushing a shepherd’s pie in the oven, scraping toys off the living-room floor so that Graham could walk safely across without stamping on a Fisher-Price game or breaking a careless ankle.

No, when Martha came home from work the sherry bottle would be brought in slatternly triumph from dresser to table, her shoes would be kicked off and the day’s events chewed over, along with any old Twiglets she might find in her rusty cracker tin, while she rubbed her poor blistered heels.

I have never seen Scholls so distressed as hers and the soles of her feet were bleached and splintered, rough as those chewed-up blocks of wood.

‘It’s my time now, damn you, you little buggers,’ Martha would shriek at her children – wiry, olive-skinned creatures with peepy eyes like infant orang-utans – who were unfazed by their mother’s excesses, not nearly so ultra-sensitive as my little Poppy and Josh. ‘Old Mother Frazer’s been working all day chopping kindling for the stove and now she needs some quality time for herself.’

Mondays and Thursdays. And with Martha at work on those two days a week, I used to depend on these evening half-hours and know they would make me happy because in those early years I was closer to Martha than to anyone else in my life.

She’d always threatened to get back to work as soon as she possibly could, but for some defensive reason I never really believed her. I suppose I imagined that I was so happy with our slow and often hilarious days that she would be as reluctant as me to change the status quo.

‘I am a woman of no substance,’ she moaned. ‘Kids, cats, carrots, cold custard, curtains, curses. This is my life I’m talking about. As soon as these brats go to nursery school I’m off like that bat out of hell.’

It was like a threat of bereavement. I used to say, ‘Yes, it would be nice, for the money mostly,’ but I never meant it. And anyway we were lucky, Graham earned enough without me working.

Martha and Sam named their house Beavers after Sam’s grandfather, some bigwig in the navy, and nobody laughed at them for that. Graham and I, we would never have got away with it.

Martha’s words spun round her like cat’s cradles, she strung them about her with gestures while I sat across the table waiting. I listened to Martha slack-jawed, like a kid eating popcorn at the cinema, chewing up every nuance as in her husky, smoky voice she set out her colourful, tempting stall and went through the bric-a-brac of her day.

She knew what I had been doing, of course; there was no mystery surrounding my life. What continued to surprise me was the fact that Martha could like me. Once I asked her why she did. At first she said she didn’t know and then she admitted it could well be that she had felt sorry for me, I looked so vulnerable and pathetic crabbing down the ward after stitches. So shy and frightened. Trying to stand up for myself against those pushy nurses. All I remember about that time is laughing so much that the stitches pulled, and being shocked at the lengths she went to in order to have a smoke.

If you smoke, they say, you’ll have a small baby.

‘Who wants a large baby anyway, for Christ’s sake?’ was Martha’s answer to that. ‘Big, fat, sluggy wartime things. That can’t be healthy.’

The boot-faced midwife said to Martha, ‘You are a very crude and selfish young woman.’ And the whole ward screamed with laughter, for we were a charmed circle.

When she went to work I was her backstop. If Scarlett or Lawrence was too ill for school she would pop them over the fence still warm in their night clothes, like a new recipe to be tasted, and I would automatically take over.

God, how I loved those kids.

Beautiful but oblivious to it, just like their mother.

I despised myself for the disloyal way I wished mine were more like hers. Easy, laid back. They didn’t whine for hours on end after a fall or a fight. They didn’t nag for attention from her – they knew that was a waste of time – but all the same they had no doubt that they were the apples of Martha’s eye.