Read Crash into Me: A BWWM Russian Billionaire Romance Online

Crash into Me: A BWWM Russian Billionaire Romance 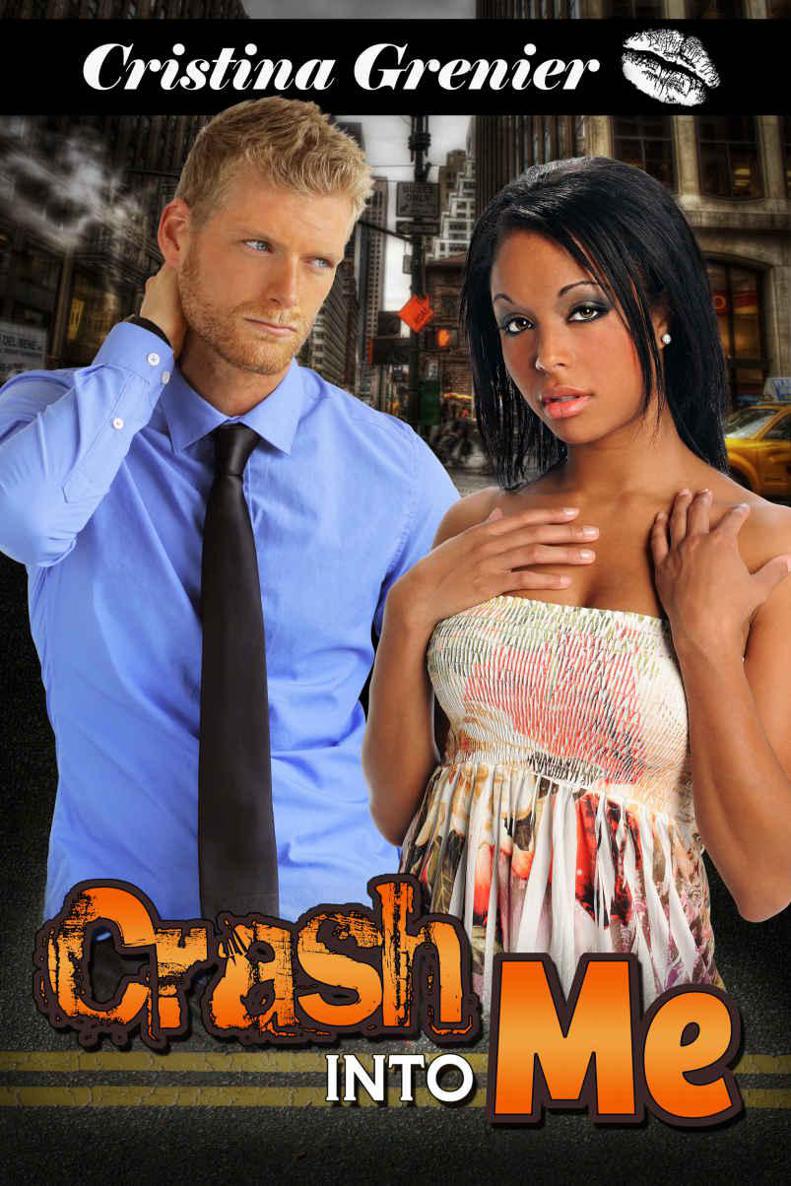 Chapter 6: A Different Kind of Crash

Chapter 12: A Place to Land

His phone had been ringing on and off for the past hour, and Alexei was dangerously close to snatching the thing up and flinging it at the wall. One would think that when someone else didn’t answer, it was a clear signal that the person in question was busy or didn’t want to speak on the phone to whomever was calling. That just seemed like common sense to him, but Alexei had a pretty good idea who was calling him so incessantly, and he knew that common sense wasn’t high on her level of priorities.

He’d get up and do something about it, turn his phone off at the least, but the mouth around his dick was a very good distraction and reason enough for him not to move from his seat in the plush armchair.

The blonde head bobbing between his legs was a welcome sight when he looked down, and he tangled his fingers in the silky hair, pushing its owner down more and shivering when she gagged a bit.

Already he’d forgotten her name (something that started with a K, perhaps? Katherine? Katie? Kookie?), but as he didn’t plan on making small talk with her once this was done, he didn’t think it mattered much.

Her mouth was much too busy at the moment, anyway, and Alexei groaned, tipping his head back against the velvety fabric of the chair.

He could feel her smirk around him, and she pulled off slowly, cheeks hollowing as she
sucked
on the way up, making him arch up his hips and tighten his fingers in her hair.

Alexei swore fluently in Russian, and the woman smirked as she dragged her tongue over the head of his cock, collecting the salty fluid that was already leaking from the tip. “You like this,” she said, and her voice was smug, making Alexei roll his eyes at her.

“You’ll earn your pay, then,” he retorted flatly, his breath hitching when she wrapped a hand around him and stroked. “No extra for the teasing.”

Her laugh was grating, and he barely resisted rolling his eyes again.

“What if I bring you your phone?” she asked, looking innocent as she dipped her head once more and swirled her tongue over the tip of his dick, making him roll his hips once more. “Is that worth at least gratuity?”

She was cheeky, and usually Alexei liked that in his women. He found that a bit of fire, a bit of bite, tended to keep things interesting, and it took him longer than the usual two weeks to get bored of them. But hookers usually had an attitude to them, and Alexei didn’t let his interest get peaked.

“I’m not paying you to run and fetch,” he said, making sure to sound bored and to let his accent thicken the slightest bit. “I’m paying you to suck me off. And you can’t do that and talk at the same time, so.” Alexei waved his hand demonstratively. “Back to work, I should think?”

The woman gave him an impish look but did as he suggested, opening her mouth and slowly sliding it back over his cock.

She seemed determined to take her time this round, working her way down slowly, using her lips and tongue and fingers to make him shiver.

Alexei hummed his approval, but quickly decided to take over, using his renewed hold on her hair to control the depth and speed of her movements, his hips bucking up minutely to meet the thrusts.

After a moment of gagging and gasping for breath, she caught on with his rhythm, letting him bury his whole length in her mouth and throat. When she swallowed around him, he had to close his eyes, toes curling in the plush carpet as hot sensation pooled in his stomach and spread out to his limbs.

They kept at it like that for several minutes, Alexei using the movement of his hips and his hold on the woman’s hair to slide in and out of her mouth, the contrasting sensations of cool air and hot mouth on his cock making him shudder. When he looked down, he saw that she had one hand under her skimpy dressed, touching herself while she basically let him use her mouth.

Her soft moans reverberated around his hardness, and that just amplified the sensation, making him sensitive and turning him on even more.

The whole thing was hotter than he’d expected it to be, and he groaned, shoving into her throat practically and losing himself easily while he kept his eyes on her fingers.

She gagged when his release flooded the back of her throat, and he released her so she could swallow, watching as she licked her lips when she pulled back. She smirked at him then, her fingers stilling for a bit as she leaned forward and licked him clean with slow, flat strokes from her tongue that had him biting back at whine.

“Enough,” he panted, pulling away from her.

“Are you sure?” she teased, eyes bright.

“Quite. You were putting on a show, I believe?”

That got a grin from her, and she sat back on the floor, spreading her legs so he could see that she wasn’t wearing underwear under her dress. That didn’t surprise him in the slightest. Slowly she resumed touching herself, seeming to grow in confidence with his eyes on her. Her fingers skimmed over her folds and circled her clit, rubbing and teasing there until she moaned. Then she slipped them down, using the glistening wetness that Alexei could see to slick the way as she pushed first one then another finger into herself.

Alexei’s eyes were heated as he watched her, and he wrapped a hand around his only recently spent cock, feeling it take interest in the proceedings. He very rarely had full on sex with the women whose company he paid for, but this part was good, too.

The part where they pleasured themselves and watched and directed.

“Harder,” he said, eyes intent. “Bury those fingers in there.”

She looked surprised for a moment and then nodded, drawing her fingers out and then pushing them in harder, gasping softly.

“How does it feel?” Alexei asked. “Touch your clit.”

“G-good,” she panted, doing it again. She brought her other hand up to obey his command, rubbing her clit in small circles while she continued to thrust her fingers into herself.

It was a lovely sight, all things considered, and Alexei was hard again in no time. He stroked his length at the same pace that she was working her fingers into herself again and again, drinking in the sound of her moans and cries and watching as her legs shook with pleasure.

He made his orgasm wait for her, though, and after she’d come with a loud cry, he crooked a finger at her. “I don’t want to make a mess,” he said.

She grinned and opened her mouth, suckling on the head of him, and that was enough to have Alexei coming a second time, grunting as he found his release in her mouth.

He slumped back against the chair, watching her get cleaned up. The procedure from there was simple. Alexei tucked himself away and then paid her, watching her go on her way.

It wasn’t until a bit after she had gone that Alexei remembered his phone and it’s constant ringing. Either his mother had given up or the thing had gone dead, but the last bit of his time with the blonde whose name started with a K he thought had been blissfully free from the sound of the phone.

His answering machine light was blinking, showing that he had a new message, probably several new messages, and he sighed, ignoring it and going to his cell phone instead.

It was free from missed calls because his mother apparently didn’t grasp the concept of what they were for despite the fact that she was a very wealthy woman in the twenty first century and not some backwoods housewife, but whatever.

Alexei touched the screen and found a single text message waiting for him from about an hour earlier.

It was from his sister, and that alone made him pause. Vera never contacted him unless it was something serious, and his heart was pounding lightly in his chest as he opened the message from her.

As messages went, it was short and sweet. To the point. Just three words and there was no mistaking what those three words meant.

That was entirely unexpected.

“Where have you
been
?” his mother practically shrieked in Russian when he finally called her back. “Do you know how many times I’ve called you? How many messages I’ve left? And you return none of them!”

“I’m returning them now, Mother,” Alexei replied, too shaken to even be sarcastic with her as he’d usually be. “What’s happened?”

He winced at the repetition, feeling like each time she said it, there was one more nail driven into the proverbial coffin. “Yes, Mother, I understand that,” Alexei said, speaking in English. “But I don’t understand what
happened.
” He was tired, and as painful as it would have been, he should have just called Vera. She would have given him the rundown in her crisp, efficient manner, and he would be done with the conversation already.

His mother sighed. Veronika Alexandrov was not usually a hysterical woman. She was unfailingly practical, stern faced and strict. She liked for things to be done when she wanted them done, and it took something monumental to shake her. Apparently something like the sudden death of her husband that had her shrieking into the phone and had Alexei holding it away from his ear, trying to get her to make sense.

“Do not speak English at a time like this, Alexei,” Veronika snapped. “You’re giving me a headache. What
happened
is that some large truck hit your father’s car directly and the idiot paramedics took
forever
to get to him, and he...he bled out. On the side of the road.”

Alexei swallowed hard at the image she was painting.

If his wife was practical and strict, then Oskar Alexandrov was ten times that. He had a hard face and a rare smile, and Alexei couldn’t even picture him broken and bleeding. He couldn’t picture him dead, for that matter either.

“Alexei?” his mother asked once he’d been silent for several minutes. “Alexei, are you there?”

For as long as Alexei had been alive, his father had been there, presiding over their family with his gruff manner and quiet ways. He’d been there every time Alexei had gotten himself into trouble, either here in America or back in Russia before they’d left it. Disappointment in those dark eyes as he told his son that he could amount to more than this if he just applied himself. If he just
cared
more.