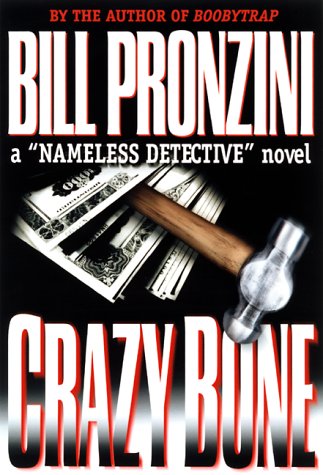 Annotation
Beyond the wrought-iron gates and behind the stuccoed facades of the Spanish-style houses in the affluent California community of Greenwood, a murderous maze of deceit, adultery, fraud, and betrayal awaits the private eye hailed by the
Chicago Sun-Times
as “the thinking man’s detective” in this ingeniously contrived mystery novel by two-time Shamus award-winner Bill Pronzini.
Not that larceny among the rich comes as a surprise to “Nameless.” Indeed, even before he visits the handsomely appointed offices of the blond, tanned insurance agent Rich Twining and the estate where the recently widowed Sheila Hunter lives uneasily with her wary ten-year-old daughter, the private investigator’s darker suspicions have been aroused. For why would anyone, no matter how moneyed and beautiful and bereaved, refuse to claim fifty thousand dollars due to her in life insurance?
The question is simple enough. The answer, though, lies several murders, many miles, ten years, a deviously contrived name game, and one baffling word clue
— crazybone
— away.
Bill Pronzini
Crazybone

For the Poker Bunch—
Bette and J. J. Lamb
and
Peggy and Charlie Lucke

— Three Aces and a Wild Card

And special thanks to Bette Lamb for medical assistance