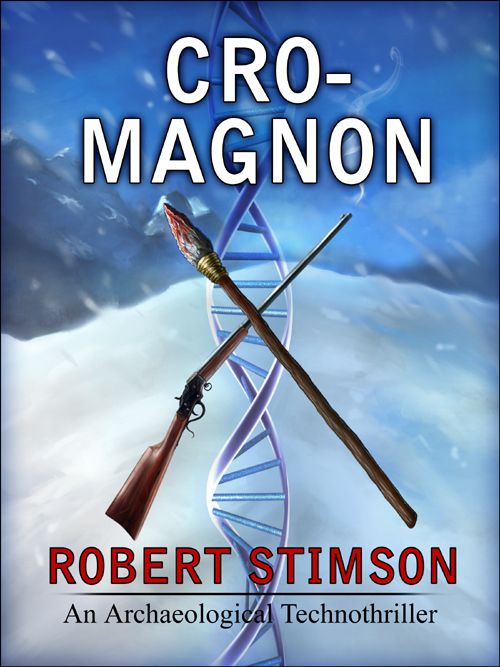 This ebook is licensed for your personal enjoyment only. This ebook may not be re-sold or given away to other people. If you would like to share this book with another person, please purchase an additional copy for each recipient. If you're reading this book and did not purchase it, or it was not purchased for your use only, then you should return to Smashwords.com and purchase your own copy. Thank you for respecting the author's work.

Four hundred feet in, the tunnel was still cloudy from the explosion, motes of silt scattering the beam from the diver’s head lamp. Through the bright haze, he could make out a second blockage. The first, a vertical slippage, had been bad enough, his regulator scraping the jagged wall as he twisted to squirm through.

Not many divers would have attempted the feat, he knew, especially diving alone in pitch dark in ninety-five feet of water. That was why he commanded a fee high enough that the Salomon Industries geologist had had to wire for permission.
Their problem,
he thought. They should have settled the terms before flying him into this frozen wilderness.

But the stricture now facing him was different, a slab of rock that had dropped from the ceiling, leaving little space to squirm through. At the least, he would have to dismount his air tank and push it ahead. What if it stuck and he couldn’t retrieve it? And what if more rock came down? He’d drown, that’s what.

He hadn’t wanted to set the charge of Composition H-6 in the first place. But the geologist insisted, wanting to know the mountain’s structural response to the 1.18-rated shock wave energy. Well, the response consisted of slippages and rock falls, signs that pointed to instability.

Considering the mind-boggling sight he’d encountered when he’d first reached the airy but waterlocked cave, he knew his employers wanted him to swim all the way and take another look, especially as this time the political authorities directed him to bring a camera. But this was too much. A shudder wracked his spine. Money wouldn’t do him any good if he was dead.

Reversing direction with a bulky tank in the constricted passage was laborious, but the thought of a steaming shower followed by a cold beer with the camp master motivated him.

Ian Calder waggled his pointer at the chart on the whiteboard. “You see the differences between the two human types that populated Europe and Western Asia during the Upper Paleolithic. The question that has caused so much controversy is this: Were the Neanderthals a separate species,
Homo neanderthalensis,
or were they the same species as ourselves, in which case we should call them
Homo sapiens neanderthalensis
?
”
He gazed at the ranks of underclassmen in the cavernous room, letting his point sink in.

“
This concludes the survey of human evolution up to the populating of Europe by Cro-Magnon man and the concurrent demise of the Neanderthals. Don’t forget the exam on Monday.”

Watching the students file out, Calder reflected that this was what he had come to in his thirties.
Introduction to Human Origins was one of the most popular undergraduate courses at the University of Iowa, drawing many students from outside the anthropology program. But it was just that, an introduction, and Calder taught it eighteen times a week in Room 27 of Macbride Hall.

Once, he’d fancied himself a rising star in the anthropology department. Now, despite having written—but not yet published—a book on the subject, he had reverted to the status of an assistant professor.

A student sidled into the room and held out a slip of paper. Calder glanced at it, not anxious to read it. Beneath the Anthropology Department logo was a note in cramped script.
Prof. Calder:
Please see me ASAP. Hannah Lamb.

At sight of the department head’s name, Calder felt his stomach tighten. What did the fussbudget want now? He wondered if she was ramping up her year-on-year campaign to deny him academic tenure.

Hannah Lamb’s corner office was twice the size of the other anthropology professors’, as if to compensate for her slight stature. She was in her late fifties, a bone-thin woman with sharp features and the grainy complexion of a heavy smoker. A cultural anthropologist, she ran the department with an eye for political correctness.

Calder declined to sit, preferring to retain the high ground for what he felt would be an adversarial exchange. As the department head surveyed him from her high-backed chair, he braced for a continuation of their ongoing dispute. While Lamb’s specialty was pre-Columbian Meso-America, his own field centered on the Upper Paleolithic from Europe to Central Asia.

He felt that his view of events from 40,000 to 10,000 years ago in this geographical area was correct. He regarded the current drift away from the Multiregional Evolution hypothesis and toward Out-of-Africa Replacement as a fad brought on by Caitlin Blaine and her ilk.

It was no secret that Lamb favored the newer replacement idea. As a result, Calder’s tenure was in jeopardy. He could hardly change his stance, as his book advocated the multiregional theory of human evolution.

Would he knuckle under if his job demanded it? He didn’t know. It had been some time since he’d done actual field work, except for conducting his summer course in underwater archaeology, and he needed his teaching job. He wondered how the idealistic paleoanthropology student of a decade-and-a-half ago had landed in this academic dead end.

Lamb said, “Rolf Mathiessen phoned me this morning. He wants to meet with you.”

The name dispelled some of Calder’s anxiety. At least he wouldn’t have to further entrench himself in his unpopular stance just before the tenure committee was to meet.

Mathiessen was founder and director of the Institute of Human Evolution. Although he specialized in the Old Stone Age in Africa, his institute operated across the board, and he was known to lean toward Calder’s view regarding the interaction of Neanderthals and Cro-Magnons.

But Mathiessen was primarily a field man, although now he mostly administered IHE’s far-flung digs and diverse studies. What could the head of the prestigious IHE want, Calder wondered, with a rank-and-file anthropology professor who couldn’t get his book published and hadn’t done field work in four long years?

“
Dr. Mathiessen is lecturing at Harvard this week,” Lamb said. “He wants you to meet him in Cambridge on Saturday.”

Calder thought she sounded annoyed that one of her professors, a man she probably considered a thorn in her side, had been approached by one of the world’s foremost paleoanthropologists. But he also intuited a note of pride that a scientist of Mathiessen’s stature would deign to consult with someone in her department.

“
I don’t have details. Apparently, someone has discovered ancient human remains in a cave in the Pamir Mountains of Tajikistan.” She shot him a sour look. “I suppose he wants you to vet them.”

Calder asked the obvious question. “Why me?”

Calder couldn’t resist a dig. “Not since you stuck me with that Dick-and-Jane course.”

“
Don’t digress. The point is, the man wants your opinion about these remains.”

Calder squinted. “Neanderthals? In the Pamir?”

“
The farthest into Central Asia that Neanderthals are known to have penetrated is Uzbekistan, the next ’Stan to the west. Although shovel-shaped incisors have been found in Tajikistan and farther east.”

Lamb swiveled in her chair and stared, not responding. Calder felt he should keep talking so she wouldn’t segue to the tenure issue.

“
In 1938, the partial skeleton of a nine-year-old Neanderthal boy who may have been Neanderthal was found in a cave near Teshik-Tash—”

“
Save it for the students.”

Lamb waved her hand palm-up, a gesture Calder knew stemmed from before smoking had been prohibited in the workplace. He suppressed a smile.

“
Now, someone has found something a little farther east,” she said. “And for who knows what reason, Dr. Mathiessen wants to talk to you this weekend. I’ve granted permission. Put it on your travel account.”

Lamb fixed him with a bird-like stare. “What could be more important than meeting with the director of IHE?”

Important to you,
Calder thought. This business sounded like it might involve time away from the university, right when his tenure decision was coming up. If he absented himself now, his course load would be spread among the other professors, principally Alec Diesen.

Like most young professors, Diesen went along with the politically correct Out-of-Africa theory that anatomically modern humans had replaced Neanderthals, with no significant interbreeding. He was breathing down Calder’s neck for the only secured anthropology professorship that would be granted this year. Calder might well return to find Diesen in the paleo chair. Then he’d be “old man out,” perhaps permanently, considering the university’s shrinking budget in these shaky times.

He eyed Lamb, trying to appraise her resolve. “Bo Lundgren needs to fill the last slots on the U.S. biathlon team. They’re holding the trial at the University of Vermont. He wants me on the course Saturday for individual trials and Sunday for relay runs.”

“
Oh, the biathlon.” Lamb swiveled the chair. “Don’t you think your ego would benefit more if you were to distinguish yourself in your chosen field, instead of some physical endeavor?”

“
Meeting with Rolf Mathiessen is not a ‘responsibility.’ I don’t work for the man.”

Calder thought of Alec Diesen. Privately, he considered his colleague to be mostly fedora and not much shovel. But the upstart would probably win the anthropology chair simply by being present to answer questions.

“
Why can’t you send Diesen?” he said. “He could certainly use more field work.”

“
Because Mathiessen asked for you.”

“
What about my tenure? The committee meets next week.” He drew a breath. “If I go, will you recommend me?”

The department head leaned back in her chair. “I have a problem with that. I realize that you have seniority over Diesen.” She frowned. “ But you’ve lost the fire in your belly. You seem to be just going through the motions.”

Calder sighed. There was no sense denying the allegation.

“
I might be a bit stale because I’ve been trapped in the classroom the last four years.”

She cocked her head like a flightless bird. “Whose fault is that?”

“
Yours. You loaded me with summer seminars in prehistoric art and underwater archaeology to the point that I can’t apply for field grants because I can’t break free.”

“
You volunteered for summer assignments.”

“
Because the committee passed me over, and I needed to show my worth. But there’s more to paleoanthropology than classroom work.”

She swung in her chair. “This is a university. You chose to be a professor.”

“
And I need to be here to defend myself before the committee. Mathiessen will probably want some of my time.”

“
You think? Maybe he just wants to review your unpublished book.” Lamb looked down and rustled some papers. “I’m ordering you.”