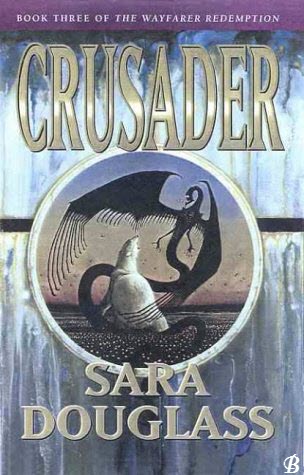 And did those feet in ancient time

And was the holy Lamb of God

And did the Countenance Divine

Shine forth upon our clouded hills?

And was Jerusalem builded here

Among these dark Satanic Mills?

Bring me my bow of burning gold!

Bring me my arrows of desire!

Bring me my chariot of fire!

I will not cease from mental fight,

Nor shall my sword sleep in my hand

Till we have built Jerusalem

In England’s green and pleasant land.

Chapter 2 The Detritus of an Epic

Chapter 7 A Wander Through, and Into, Sanctuary

Chapter 9 Of Predestination and Confrontation

Chapter 10 A Busy Day in Spiredore

Chapter 12 The Key to Sanctuary

Chapter 15 The Secrets of the Book

Chapter 18 The Joy of the Hunt

Chapter 25 Into the Sacred Groves

Chapter 26 A Gloomy and Pain-Raddled Night

Chapter 50 The Memories of the Enemy

Chapter 55 A Tastier Revenge Than Ever Imagined

Chapter 61 For the Love of a Bear Cub

Chapter 63 Hunting Through the Landscape

Chapter 64 The Most Appalling Choice of All

Chapter 67 Bring Me My Bow of Burning Gold… 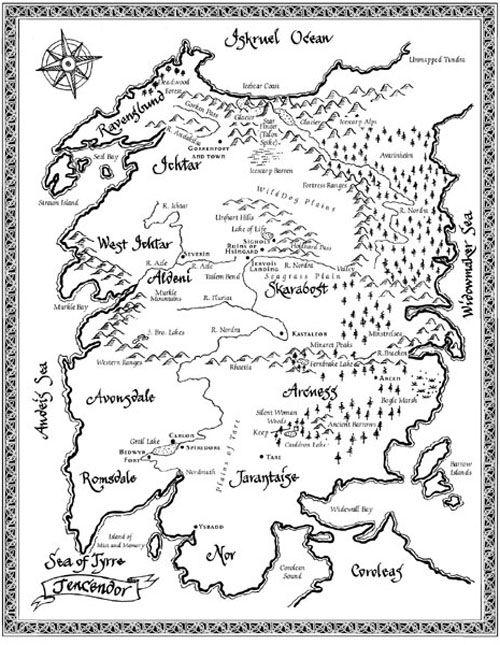 “
W
hat can we do?” Fischer said uselessly, but needing the comfort of an endlessly repeated question. “What can we do? Bloody
what
, you ask?”

Fischer shifted his arm away then turned his head towards the far, windowless wall. He was in his seventies, a white-haired, emaciated old man, his face deeply lined with the forty-year struggle against the evil that had savaged—
pervaded, consumed, destroyed—
his world.

When it had begun he’d been a man in his prime: copper-haired, bright-eyed, lithe and energetic, determined to fight and destroy the invading beings.

“Demons” was a strange, horrid word that Fischer had only now learned to use, but which he still found completely distasteful.

“Demons” did not fit a world that was based almost entirely on scientific theory. On logical explanation. On provable fact. On the complete belief in technology that was far more acceptable and comfortable than religious beliefs. “Evil” did not exist. Only scientific fact existed. Only the vagaries of nature and as-yet-to-be- controlled-and-predicted geographical events existed. Only the selfish and arrogant nature of human society existed. Only petty crime by social misfits and corporate crime by the socially successful existed.

Evil had no place in this most rational and explainable of worlds.

Until it dropped out of the sky over New York one blithe and fair Sunday morning.

That was what took us three decades to come to terms with, Fischer thought. The idea that we’d been invaded, not by pastel-coloured and elegantly-elongated extraterrestrials with great dark eyes in shiny Spielberg-like metal-pocked spaceships, but by pure, and utterly hungrily angry, Evil.

And thus for three decades pure Evil in the shape of the TimeKeeper Demons ran amok. Countries were laid waste, save for the moaning, shuffling crazed populations that roamed their dusty surfaces. Cities were abandoned, jungles stripped of foliage, oceans dried and ravaged. Within a year the human population of earth had gone from billions to a few pitiful ten thousand huddled in bunkers, waiting out the demonic hours, and wondering how they could strike back.

The ten thousand were those left sane, of course. There were still countless millions left roaming above ground, their minds completely unhinged, utterly demonised, noisily breeding—and entirely successfully—countless millions of genetically insane babies. Those infants that survived their first five years uneaten (or only partially eaten), grew into even worse monsters than their parents.

Fischer shuddered. The insane (and by now there were billions of them) were still out there, haunting the as yet unreclaimed surface of the planet.

He and his companions might have managed to trap and dismember Qeteb, but the other five Demons continued to howl their destructive way about the planet.

They had trapped and dismembered Qeteb, but not destroyed him.

This was the problem Fischer and his companions now faced. What to do?
What to do?

“The other Demons will break through the barriers within the month,” said Katrina Fielding, Henry’s wife. She’d been
the one to suggest the idea that the Demons could be trapped by reflecting their own malevolence back at them.

Fischer glanced at her. She was young, in her early forties, a mere child when the Demons had first dropped in.

She’d lived virtually her entire life underground, and it showed. Katrina’s shoulders and spine were stunted, her eyes dull, her skin pallid and flaky. She’d never been able to have children. And after the initial years underground only a scattering of babies, mostly physically or mentally disabled, had been born to the few women who came to term.

We’re dying
, Fischer thought.
Our entire race. The Demons will get us in the end, even if it may take them a generation or two longer than those they cornered above ground. If the Demons don’t leave soon then
no-one
will be left who can breed!

No-one sane, that is. The insane hordes above ground multiplied themselves with no effort, and certainly no thought, at all.

The idea terrified Fischer. “Whatever we do,” he said, “we’ve got to get rid both of Qeteb’s damned death-defying life parts,
and
the other five Demons as well.”

“There is only the one solution,” Henry said. “Devereaux’s proposal.”

Devereaux’s proposal frightened Fischer almost as much as the idea that the sane component of the human race would soon die out, leaving earth populated by the maniacal human hybrids (God knows with
what
they had interbred upstairs!). But a decision had to be made, and soon.

Why, why, why, Fischer thought, is there no government left to make this decision for us? Why couldn’t we leave it to a bunch of anonymously corrupted politicians to foul up so we can be left with the comfort of blaming someone else?

But there were no nations, no governments, no presidents, no prime ministers, no goddamn potentates left to shoulder the responsibility. There was only Fischer and his committee.

And Devereaux. Polite, charming, helpful Devereaux, who had advised that they just load Qeteb’s life parts on separate spaceships (how convenient that the people inhabiting the bunkers when the Demons had initially arrived tended to be the military and space types) and flee into space.

“Drop them off somewhere else,” Devereaux had said only the day before yesterday. “Or at the least, just keep going. The other Demons are bound to follow.”

“What if Devereaux finds a place to leave them?” said Jane Havers, the only other woman present. “Or just crashes into some distant planet or moon. What then?”

“We pray that whoever inhabits that moon or planet can deal with the Demons better than we have,” Katrina said. “At least it won’t be in our solar system, or galaxy.”

Fischer dropped his face in a hand and rubbed his forehead. Cancer was eating away in his belly, and he knew he would be dead within weeks. Best to take the decision now, before he was dead, and while there were still women within their community with viable wombs.

Somehow the human race had to continue.

“Send for Devereaux,” he said.

Eight days later the spaceships blasted out of the earth’s atmosphere, their crews hopeful that at least they were giving their fellows back home a chance.

What they didn’t realise was that when they’d blasted out of their underground bunkers, they’d left a corridor of dust and rock down which the maniacally hungry were already swarming.

Fischer didn’t have time to die of cancer, after all.

N
o longer did the ancient speckled blue eagle soar through the bright skies of Tencendor. Now Hawkchilds had inhabited the seething, scalding thermals that rose above a devastated wasteland. They rode high into the broiling, sterile skies seeking that which would help their master.

The Enemy Reborn has hidden himself. Find his hiding place, find his bolthole.

Find him for me!

Qeteb had been tricked. The StarSon had not died in the Maze at all. The Hunt had been a farce. Somewhere the true StarSon was hiding, laughing at him.

Find him! Find him!

And when the Hawkchilds found him, Qeteb did not want to go through the bother of another hunt through the Maze. All he wanted to do was to reach out with his mailed fists and choke the living breath out of the damned,
damned
Enemy Reborn’s body!