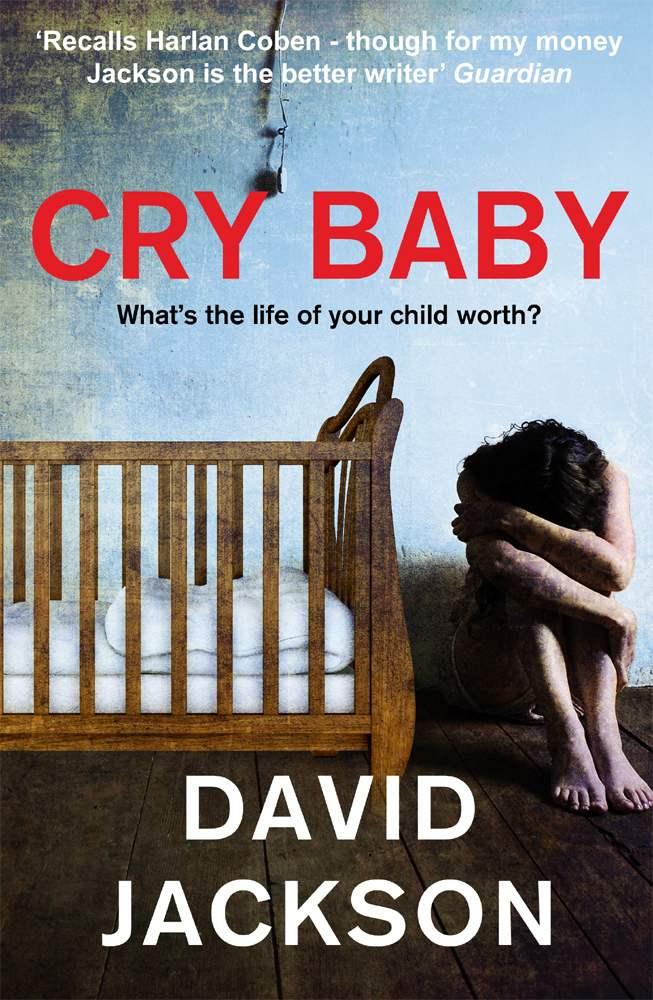 What’s the life of your child worth?

This one’s for Eden,
who keeps me smiling.

She awakens because the voice in her head commands her to.

Her eyes flicker open, blink a few times.
It’s like trying to see through gauze.

She realizes she’s staring at the ceiling
, even though it appears to be miles away. Her room feels stretched up into space. Is this her room? She turns her head slightly, but it takes an effort. As though her spine has fossilized and rotating her neck could snap it. She sees items of furniture – a dresser, a closet, a nightstand. Their edges are blurred and they seem to quiver, but they look familiar to her.

Why do they move like that? What happened to me?

That voice. Where is it coming from? Am I not really awake? Am I stuck in a dream?

And then it’s as if she gets sucked into a black hole. Something opens up in the pit of her stomach and she feels as though the rest of her body is being pulled into it. The room swirls. A pounding starts in her skull. She wants to vomit and scream at the same time.

Because s
he remembers.

It hits her like a shell blast. Sends a shock wave through her body that seems to lift her into the air and drop her onto the bed again.

Adrenaline floods her system, wrenching her out of her stupor. She turns her head to explore the other side of the room. She knows what she wants to see, but dreads that it will not be so.

The crib has wooden slats down the side, but the light in here is too dim, damn it, and she can’t see
beyond them with this diluted sight of hers. There’s no sound either, but Georgia could be asleep, please let her be sleeping. Erin throws her feet over the side of the bed and places them on the floor. She is surprised at first to see that she’s wearing shoes, has all her clothes on in fact, but the terrible memories tell her why, and they tell her to expect the worst, and now she is starting to cry even before she has seen, because she knows, she knows what she will find. She pushes herself off the bed with arms that feel as though they’re made of cotton, and when she gets to her feet the floor seems to lurch, to the left and then to the right, like she’s on a ship being tossed in a storm. But she has to make it over to the crib, has to check that her darling is all right, and as she stumbles across the room she blinks furiously, tries to bat away the tears and the mist that keeps obscuring her vision, and she finally makes it to the crib, steadying herself on its rail as she stares down and reaches in and touches…

The covers are undisturbed. Heart-wrenchingly crisp and crease-free.

She screams the name, as if expecting her baby to come running, or at least call back, even though she is only six months old. But there is no logic in
Erin’s mind now. The fogginess is dissipating only to be replaced by blind panic.

Still the voice. She cannot work out where it’s coming from, but right now she doesn’t care. She cares about only one thing, one person. Nothing else matters. Nothing in the universe is more important.

Whimpering, she turns on the spot, scanning the room, struggling to concoct explanations. Trying to make herself believe that her daughter somehow escaped from the crib and is hiding somewhere nearby, even though Erin knows it’s impossible, even though she knows what happened to her baby but doesn’t want to acknowledge it.

And s
o she throws open the door and bursts into the living room, her eyes desperately searching, and she sees the stroller over by the apartment door and she weaves her way over to it, her legs turning to jelly and the tears running down her face, because again she knows what she will find. And as she spins the stroller around to face her and peers into its hollowness, a yelp of pain escapes her lips.

She screams angrily to drown out the voice, then runs into the kitchen. It’s a tiny area, and she can see immediately that it’s empty. She tries the bathroom next. Yanks aside the shower curtain just to be sure, because you never know. With what has gone on, you just never know.

Back into the living room. One more room to try. The second bedroom. Where she keeps all the baby stuff because there is no space in her own bedroom. Here is where there are cuddly toys and diapers and a diaper disposer and a changing mat and clothes, lots of clothes, and all kinds of lotions and potions and powders and medicines…

She is not here. She is not in this apartment. Which
Erin has suspected all along. This is no dream. This is real. Her world has been taken from her, and she doesn’t know what to do about it. How do you find a baby? Where the fuck do you start to look for your baby?

Her legs give way and she falls to the floor. In the second bedroom, surrounded by all the baby things, she drops to the carpet and lets out her grief and anger in long drawn-out wails.

This damned voice. Why am I still hearing it? What are you doing to me?

Erin claps her hands to her ears.

And then she feels it.

She unplugs it. Stares at it. Tries to understand. Who put it there? And why?

The man who took my baby?

Images flash in her head. Of coming home from the drugstore at about seven o’clock this evening. She’d bought some diaper rash cream for
Georgia, plus a new bib. She’d paused at the apartment door, dug around in her purse for her keys. She eventually found them, unlocked the door, pushed it wide open. Started to wheel the stroller into the apartment.

She heard nothing. Her attacker came at her from behind. Was on her in an instant. He must have been hiding in the shadows of the hallway, just waiting for her. Yes, she remembers now. The smell. The chemical smell of the cloth that was clamped tightly over her mouth and nose. So tightly she thought she would asphyxiate. She had to breathe, couldn’t stop herself. Had to take a deep breath, suck in some oxygen. And with it those chemicals. She felt them burning in her throat, and she remembers her consciousness dissolving, the long fall into blackness.

That was, what, more than two hours ago? Two hours in which the attacker could have taken anything. Money, the television, whatever.

But he chose my baby. Why did he have to take my baby?

She stares at the earpiece. Knows that she has to replace it. It might be Georgia’s only chance.

She brings it slowly, tentatively, back to her ear. Hears a tinny voice as it approaches. When she inserts it fully the voice gains volume and bass, and she catches the end of a sentence:

She opens her mouth, wanting to speak, but realizes how ridiculous that would be.

Talk to me again, she thinks. Please, tell me something about Georgia.

Her lips part again. Why is he asking me a question? How am I supposed to communicate with him?

Her eyes dart. How can he hear me?

‘It doesn’t matter where I am,
Erin. You just need to calm down and listen to me.’

She doesn’t understand. He’s not making sense. Why is he messing with my mind like this?

‘Stand up,
Erin. Go back into the living room and sit down. You need to relax. You need to get your head together again.’

‘You can see me? You’re watching me?’

‘Just do as I say,
Erin. Into the living room. Take a seat on that comfy leather sofa of yours.’

Her face creases up. She wants to cry again. He knows so much. She feels so invaded, so defiled. What else does he want from her?

She scrambles to her feet. Her head is still muzzy and she feels nauseous, but she does what he asked of her. She heads back into the living room, pauses in front of the sofa.

Jesus. He can see me in here too.

She turns a full three-sixty, examining the walls for cameras. Where are they?

‘
Erin, will you just sit down? Please.’

She lowers herself onto the sofa.

‘How do you know? How can you hear and see me?’

‘What? I don’t understand.’

She obeys his instruction. Looks down. She’s wearing her short woolen coat, above a long black skirt and brown boots. The coat is buttoned up, just as it was when she arrived home.

But something is different. She sees it instantly.

A large brooch. Intricate gold-colored metalwork holding a blue gemstone at its center. She twists it toward her to take a better look.

The greeting puzzles her. ‘What are you—’

‘That’s a sad face. Your makeup is running down your cheeks.’

It hits her then. She understands.

‘Yes, Erin. The brooch. It contains a miniaturized camera and microphone. That’s how I hear you. That’s how I see what you see. Open up your coat.’

For a moment she cannot move. Is it true? Are such things possible?

‘Go ahead. Unbutton your coat.’

Slowly, she unfastens each button. She pulls the coat open. She sees the wire that comes from the back of the brooch, through the material of her coat and into the inside pocket.

‘Look in your pocket. See where the wire goes.’

She reaches into the pocket. Her fingers touch something hard. She takes hold of it and pulls it out. It’s a black plastic box, attached to the other end of the wire.

‘
A radio transmitter, plus a battery pack. Now put it back in your pocket, Erin.’

She stares at the box of tricks. What is going on here? Why would anyone go to such lengths?

‘You want your baby back, don’t you?’

Georgia
. He’s admitting it. He has my Georgia.

‘Yes. I took her. She’s cute. Little dimples when she smiles. Just like her mom.’

‘Why? Why did you steal her from me? She’s only six months old. She needs me.’

‘She’s fine. I’ve got formula. I’ve got diapers. Everything she needs. Besides, I don’t plan to keep her very long.’

A surge of dread pulses through
Erin. ‘What do you mean? What are you going to do with her?’

‘Relax. I’m going to give her back to you. That’s what you want, isn’t it? You want
Georgia back with you, don’t you?’

‘Yes. Yes. Please. Just bring her back to me. I’ll give you anything you want.’

She hears a low chuckle. It’s carries the echo of evil thoughts. But she doesn’t regret what she said. She will truly offer him anything. Her own body if that’s what it takes.

‘I don’t want anything you own,
Erin. I just want you to do something for me.’

It will be something sordid. Something degrading. But she doesn’t care.

‘I’ll do it. If you promise me I can have my baby back. You can watch me on your camera. I’ll do it for you.’

In The Forest Of Harm by Sallie Bissell
Bodily Harm by Robert Dugoni
Heart of Gold by May McGoldrick
Two Moons by Thomas Mallon
Without Malice (The Without Series Book 1) by Jo Robertson
Stepbrother Protects (His Twisted Game Book Six) by Chloe Hawk
Poppy: Bride of Alaska (American Mail-Order Bride 49) by Cassie Hayes
Look Evelyn, Duck Dynasty Wiper Blades. We Should Get Them.: A Collection Of New Essays by David Thorne
The Black Feather by Olivia Claire High
Scarecrow & Other Anomalies by Oliverio Girondo