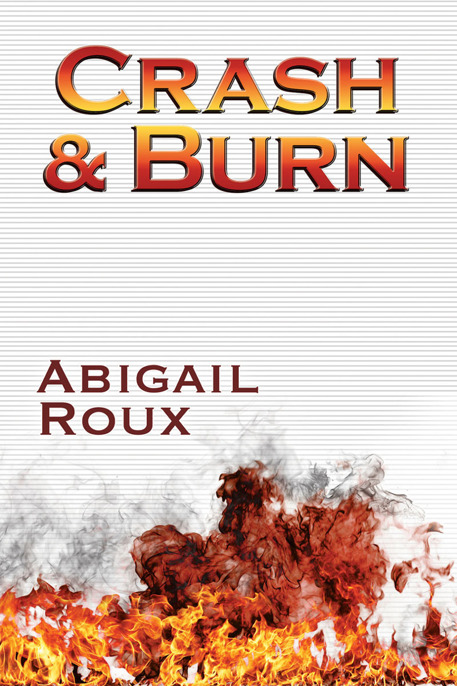 This is a work of fiction. Names, characters, places, and incidents are either the product of the author’s imagination or are used fictitiously. Any resemblance to actual persons living or dead, business establishments, events, or locales is entirely coincidental.

All rights reserved. No part of this book may be reproduced or transmitted in any form or by any means, electronic or mechanical, including photocopying, recording, or by any information storage and retrieval system without the written permission of the publisher, and where permitted by law. Reviewers may quote brief passages in a review. To request permission and all other inquiries, contact Riptide Publishing at the mailing address above, at
Riptidepublishing.com
, or at
[email protected]
.

It’s been five years since Special Agents Ty Grady and Zane Garrett first worked together to solve the Tri-State murders, and time has been both harsh and kind. Engaged now, they face the challenge of planning a deeply uncertain future together. Zane is at the pinnacle of his career with one last mystery to solve, while Ty is at sea in a world where he’s no longer the tip of a spear.

There’s just one more hurdle in the way of their happy ever after: a traitor from their inner circle who threatens to burn their world to the ground.

Squeezed between the Vega cartel, an unknown mole, and too many alphabet agencies to count, Ty and Zane must gather all their strength and resources to beat the longest odds they’ve ever faced. To make it out alive, they’ll need help from every friend they’ve got. Even the friends who might betray their trust.

To every reader who walked through fire with Ty and Zane.

To every life that’s been changed.

To every word between us, from beginning to end.

Thank you for making this possible.

Zane Garrett sat in his cushy chair in the Baltimore field office, staring at the frosted glass on his door. It read Special Agent in Charge, and it was the title he’d been working toward since he’d entered the academy. Aside from a post in Washington, it was the pinnacle of any agent’s ambitions. In charge of one of the fifty-six FBI field offices.

Five years ago, Zane would have been doing a Snoopy dance behind his closed door the moment he’d taken possession.

Now, though, Zane hated—no—Zane
despised
sitting behind this desk all day.

He tossed his feet up and clunked his heels on the corner, leaning back in his chair. Fuck this desk.

Zane glanced at his watch. It was a gift from Ty, a surprise from last Christmas. Underneath, the engraving read simply “Yours.” Classic Grady: succinct, romantic, and not at all incriminating. It made Zane smile whenever he checked the time.

He still had ten minutes to his nebulous lunch hour, so he pulled out his phone and dialed Ty.

“Grady,” Ty said after just two rings. Even though he’d resigned from the Bureau a year ago, he still answered his phone as if he expected someone to be calling him to go kill something.

“God help us,” Ty said under his breath.

“Do you think Burns was the endgame?”

On his first day in the new office, Zane had swept it for bugs. He’d only found one, which rather surprised him. He’d already known it was there, hidden beneath the desk; Richard Burns himself had shown it to Zane and Ty before he’d died. Zane had destroyed it: an opening gambit in a game of chess where pawns were people and kings lived or died on how soon they realized they were playing.

Ty was silent for a few heartbeats. “What?”

“I sweep this office every fucking day, waiting for another bug. Nada.” Zane rocked in his chair and rolled his head from side to side. “Nothing on our phones, either. Do you think it’s possible we were being watched because of our connection to Burns? That
he
was the target, and I’m just spinning my wheels here when I could be in bed with you all day?”

“Well. Are we still going with your chess metaphor?”

Ty laughed, and the sound warmed Zane to an unhealthy degree. “Okay. Isn’t chess all about patience and strategy?”

Zane groaned and rubbed at his temple.

“I feel like this must be what
your
brain does all the time. Squirrels juggling knives in there.”

Ty snorted. “I think, on the larger scale, it’s our move. You know? We’ve been quiet since Scotland. You’re stuck behind a desk, I’m playing Mister Fix-It. What’s there to spy on?”

“But how would they know that if they’re not spying on us?”

Ty made a clucking sound. “Maybe they are.”

When Zane hung up a few minutes later, having secured a dinner date with his fiancé, he was still frowning.
Maybe they are
.

Ty’s words haunted him for the rest of the day.
Maybe they are.
But how? He scanned the office one last time with his device, but registered nothing. He waited until most of his agents were gone for the day, until the floor was clear, and he walked through every cubicle, methodically checking every nook and cranny. He even checked the bathrooms.

Well, at least he knew the entire fucking building was clear of listening devices now.

Finding their mole was Zane’s final mission, and it was eating him alive. The mole who’d been spying on them for God knew how long. The mole whose connections and motivations were still mysteries to them. The mole who’d damn near gotten them killed in New Orleans.

The mole who’d caused Richard Burns to be murdered.

He stood waiting for the elevators, muttering to himself as he checked the batteries in the damn detector. “You’re obsessing, Garrett. You’ve been spending too much time with Ty.”

He shoved the batteries back into the thing and tucked it into his leather satchel as the elevator dinged. He glanced up, eyes wide as he realized what he’d just said.

Why the hell would anyone bug Zane at work if half of his or her interest was in Ty? It had been effective when they were partnered; they’d been together all the time. But now? Ty wasn’t here. Ty was at home.