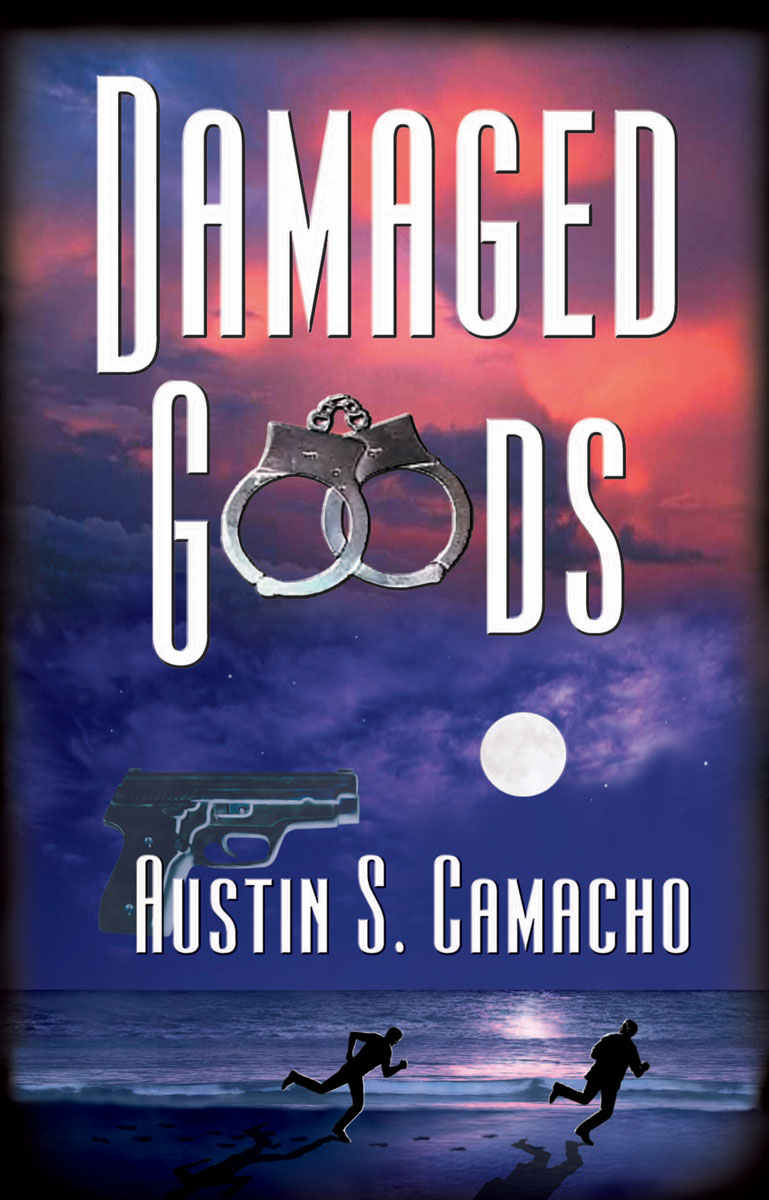 Rave Reviews for the work of
Austin S. Camacho

Blood and Bone -
“â¦ is an action-packed, sensitively written thriller. Hannibal Jones is a hero whom anyone would want on their side. Mr. Camacho creates so many twists and turns that the reader can only hang on until the exciting crescendo. The action spans continents; the characters are chameleons; and the plot is a real corkscrew. A great read from a talented story craftsman!!”

Collateral Damage
- “â¦ Austin Camacho brings back his harder-than-hard troubleshooter, Hannibal Jones, in a teeth-rattling tale of murder and treachery. It's conventional wisdom that the second novel by young writers rarely lives up to the promise of their first book. Camacho turns this old adage upside down with a powerhouse writing performance.”

The Troubleshooter
- “â¦ Like the others in this series, this very enjoyable novel features tight writing, plenty of action, and intriguing characters. Hannibal is fast becoming an old friend that this reader regularly looks forward to every time a new novel is released. This author and his three mystery novels to date are well worth the read and worthy of a place on your bookshelf.”

The Payback Assignment
- “â¦ is violent and thrilling â¦ The novel is fast-paced with a significant amount of action, and the characters are well- developed. The author wraps up the tale with a minimum of fuss and leaves the possibility for future adventures for both Morgan and Felicity. Fans of action-oriented suspense will enjoy The Payback Assignment.” 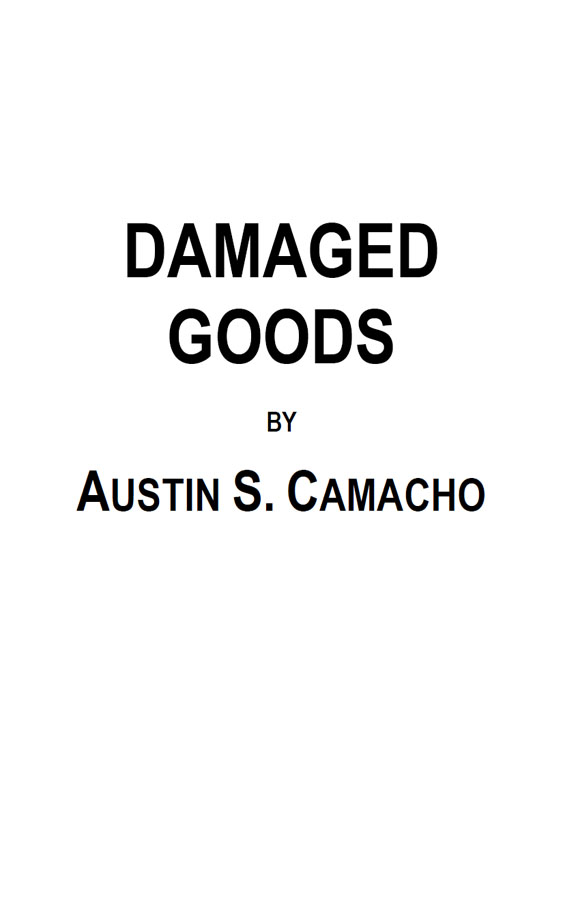 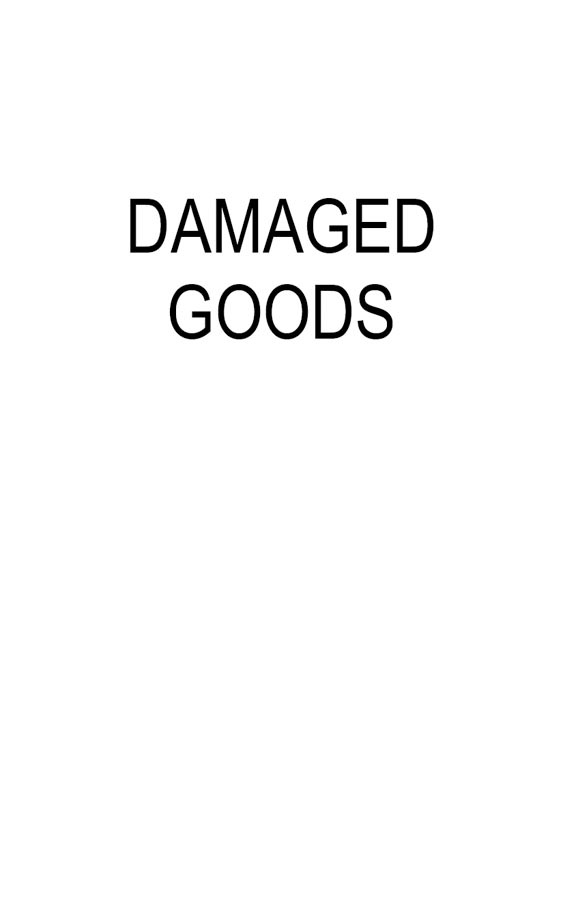 Too hot for spring,

But summer's yet to peak.

By counting, it's half over.

“Do you believe in fate?” Tonya shouted over the thumping dance music. Anita nodded, staring through closely packed dancers at the man in the black suit and Oakley sunglasses. He seemed isolated in the crowd, not talking to anyone, but somehow aware of everyone. Sometimes, Anita did believe in fate. And something about this man told her he could be a big part of her future.

“Not that one.” Tonya shook her friend's shoulder and pointed. “Over here, my sister. That's for me.” Anita recognized the focus of Tonya's attention. After all, who wouldn't recognize Hugo “Huge” Wilson? He was one of the most successful hip-hop producers around. He kept studios down in Virginia Beach, but Anita knew why he came up to Washington to party. There was still a lot of musical talent left untapped here, and Huge was a star maker, the person who could turn a man with good rhymes or a woman with a decent voice into the next Jay-Z or Toni Braxton.

The Zei was three-levels of flash and pumping energy powered by two disc jockeys, quick cut videos and a light show in constant frantic movement. It was also the somehow sweet scent of frantic dancers sweating out expensive colognes. And overwhelming everything was the music, so thick it actually filled the space and made Anita's throat
vibrate when she sipped her cognac. What Tonya called electric was for Anita sensory overload. From the edge of the fifteen hundred square foot dance floor Anita could look up at the two higher levels. The third level of Zei, which Tonya called The Prive, was a private area of the club reserved for members and their guests. Huge was making his way toward The Prive, not hurrying, distributing high fives and soul handshakes along the way.

Despite the whirlpool of activity surrounding Huge as he moved through the crowd, Anita's eyes were drawn back to the man who first arrested her attention. Although the music shifted from house to hip hop to R & B dance and the bass was so insistent that it forced her heart to fall into its rhythm, this man remained a point of calm in the midst of the sensual storm. His was the only head not bobbing, as if he was immune to the siren call of the music. He looked very alert, and he seemed to keep track of Huge's movements without ever looking at him. He was looking for something else.

Unlike Huge, this man made no fashion statement at all. He wore a plain black suit and shoes. He was black, but even lighter than Huge. Here were two men of average height and weight, but one commanded the attention of the entire room, while the other was almost invisible. Despite that, or maybe because of it, the seated man held her attention. She felt that she and the stranger were alike in being out of phase with the world around them.

Anita was there mostly because she had become tired of fighting it. Tonya was a good friend who was determined to save Anita from herself. She had to admit that since Rod left her social life had withered and died for lack of interest. She had come out solely to appease her friend, but now she wondered if this was where she was meant to be tonight.

The stranger stood from his low chair with cat-like grace. Until then, Anita hadn't noticed that black gloves covered his hands. He tightened them as he slid through the crowd toward Huge Wilson. Only then did she become aware of two others moving toward Huge. Wilson's smile never wavered, but his path began to bend.

“Oh my God,” Tonya said, leaping to her feet and smoothing her little black dress. “He's heading our way. I told you he was here for me, girl.”

Anita kept her seat, uncomfortable as the room's spotlight shifted toward them. It did look as if Huge would walk right into Tonya who was literally panting in anticipation of the moment. The two brothers following him were both very big, like the men you see power lifting in the Olympics, and they glittered. One had a mouthful of gold that flashed when his lips parted, echoing the blonde frosting across the top of his black hair, and his suit jacket shoulders were dusted with glitter. The other man, in a wife beater and jeans, was completely bald. His head glistened in the house's flashing lights. They looked to her like trouble headed her way.

As Huge approached, the music seemed to swell in Anita's head. A follow spot was tracing his movement, light glinting off his gold Rolex and the oversized platinum cross hanging from his neck. As his smile turned toward Tonya, the light moved to envelop her as well. Anita shifted to her side, sliding into Huge's shadow. Inches from her face, his arm rose slowly through that darkness toward the light. He was from another world, a world she didn't know. As his hand moved Tonya's face, it seemed that world would touch hers.

Tonya's eyes sparkled and her tongue touched her upper lip. She looked as if she might pass out at the coming touch. But Huge's hand stopped a whisper away from Tonya's cheek. Another hand had fallen on Huge's shoulder. The big man with the mouthful of gold pulled hard, spinning Huge around.

“Yo, nigga,” the big man shouted. “You won't answer my calls, but you'll come up in here and dis me in my own town?”

“Yeah,” Frost said, pushing his face almost into Huge's. “I'm busy busting new talent on the scene, and you're busy stealing it from me.”

Anita was nearly within reach of the men, close enough to smell their dueling colognes. She noticed Frost's name was cut into his hair on the side facing her. And she saw Huge's eyes flash upward for a second. More than Frost, Huge was aware that he was still in the spotlight.

“Come on, brother, you know it ain't like that. If you'd have signed Big Walter to a decent contract he'd still be with you.”

Frost bared his gold teeth the way Anita had seen caged dogs snarl. “I'll show you how we make a contract stick around here.” His right hand, on the side away from the spotlight, darted into his pocket. The knife was still opening as his hand came out again. Frost's arm swung out to his right. The four-inch blade swept within inches of Anita's face on its way toward Huge. She didn't even have time scream.

Then the knife froze in space, right in front of her nose. The blade vibrated a little but a black-gloved hand holding Frost's wrist prevented any forward movement.

“Who the hell?” Frost asked.

“Hannibal Jones,” the man in black said, closing the knife and dropping it into his pocket. “Mr. Wilson had the impression you might be bitter about some recent business. He asked me to help him avoid any trouble.” His voice was soft and low, yet somehow Anita could hear him clearly above the noise of the crowded club.

A small circle had opened up around Frost, who stood slowly and brushed himself off. “You're his backup? Please. Hey Hard Dog. Come take care of this.”

Frost's bald partner swaggered into the lighted circle. The music continued to thump and the lights continued to flash, but the circle of unoccupied floor expanded a bit more. Hannibal stepped around the edge, maintaining eye contact
with the bigger man but holding his fists low. Anita was struck by how round Hard Dog's shoulders were, like two brass knobs mounted on either side of his neck.

“Not the time or place,” Hannibal said. “Can't we talk about this?”

In response, Hard Dog swung a right cross toward Hannibal's face. It missed, as did two more fast punches.

South of Sunshine by Dana Elmendorf
Claimed by the Alphas: Part Four by Viola Rivard
The Laurentine Spy by Emily Gee
Sacrifice by James, Russell
Laughter in the Shadows by Stuart Methven
Walk to the End of the World by Suzy McKee Charnas
Shades of Blue by Bill Moody
More Than Enough by John Fulton
Los viajes de Tuf by George R. R. Martin
The Letters by Suzanne Woods Fisher