Read Dance of the Stones Online

Dance of the Stones 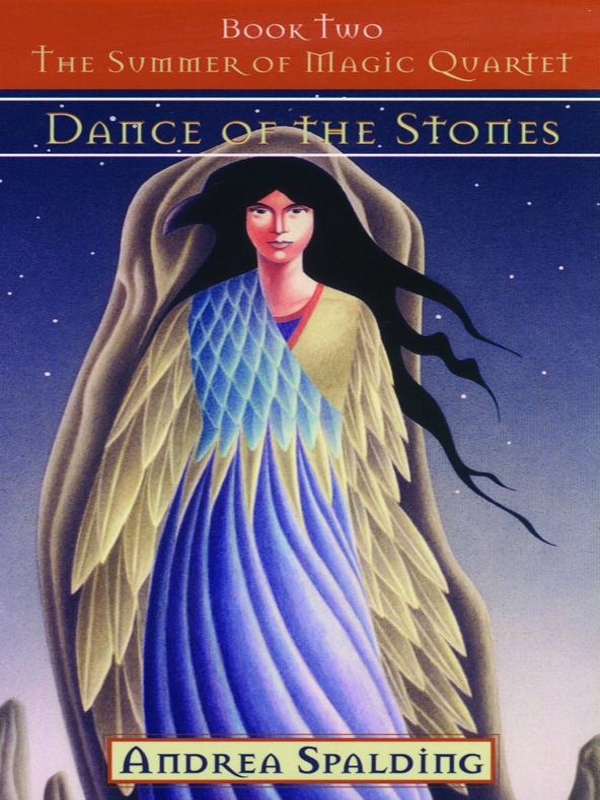 D
ANCE OF THE
S
TONES

First published in the United States
, 2003

Summary:
In Book Two of
The Summer of Magic Quartet
, the four children from
The White Horse Talisman
seek Ava's circlet, buried within the ancient stone circle of Avebury.

Orca Book Publishers gratefully acknowledges the support for its publishing programs provided by the following agencies: the Government of Canada through the Book Publishing Industry Development Program (BPIDP), the Canada Council for the Arts, and the British Columbia Arts Council.

For Kathy and Don Mills.
Your quiet and constant appreciation and support of Canadian
children's literature has not gone unnoticed.
AS

(danced by the author as a child)

Many people help in the creation of a book.

Sincere thanks to Kathy for taking us around Avebury and sharing modern archeological thinking with us; to Terry the Druid for sharing his love of the Stones; to Gavin and Janet for the car and hospitality; to Penny for comments; to Jock for bailing me out with the computer; to Maggie and the Orca pod for making it all happen; and, as always, to Dave for ongoing support and background research.

C
HAPTER
3 Circle to the Right

C
HAPTER
8 The Night of Destruction

C
HAPTER
11 The Dance of the Stones 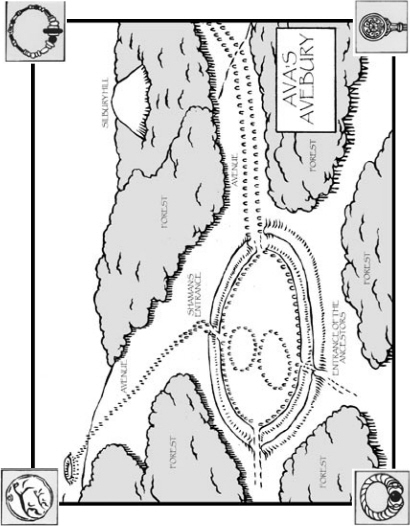 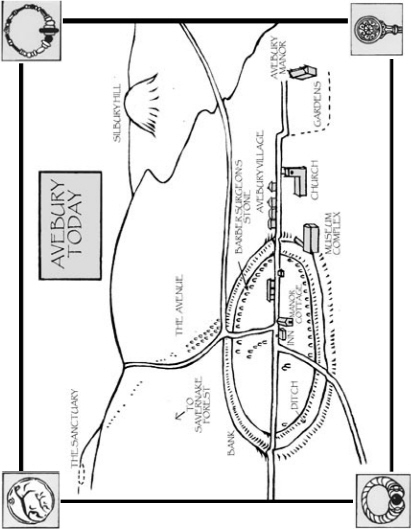 Dawn broke and magic filled the air. Deep in the heart of England, strange things stirred.

The first sunbeam darted through a stand of ancient forest and lit the trunk of a centuries-old oak. For one shining second the features of a face appeared in the bark. Green eyes flashed as the sunbeam passed and the features faded.

Deeper in the forest, a wild boar yawned. The sunbeam glanced off wicked teeth and tusks. The mouth closed. The beam moved on and the boar melted once more into shadowland.

The second sunbeam slid across the downs and kissed a conical green mound that swelled up, apart from the other hills. Only the lark that rose from its nest on the summit heard the greeting from the ancient king beneath. The lark wove the greeting into its song to welcome the sun.

The third sunbeam shot its magical light into a valley. There towered a Stone Circle, great gray stones veiled in morning mist. The golden beam lit the dew-covered grass. The dew became a carpet of flashing diamonds. The dancing light pierced the mist veil and caught a night-prowling wraith, forever struggling to enter the Circle. The wraith fought the light, seeking shelter in the shadows between the stones. The light triumphed. Veils of mist swirled, and the figure dissolved.

The tide of light flooded and washed each Sarsen Stone. The stones were ready. As gray became gold, the largest stone spun on its axis, then stood sentinel as before.

The magic happened quickly, without a witness. That was to change. Four ordinary children were about to be called to the Circle.

The Wise Ones watched the Earthdawn from their place
among the stars.

As the first stone stirred, Ava's cry of happiness shivered
the sky.

“The stone has turned! My magic is ripening at last. It's
time to call the children.” Ava stretched her wings “Myrddin,
Equus, join me. Send blessings down to Gaia. Old Magic
stirs with each new dawn, but the Dark Magic also grows.
Help give the human children strength to resist one while
embracing the other.”

“Light and Dark, Dark and Light,” rumbled Myrddin.
“Children, may you learn that one will always bring the
other on its coattails.” He spread his arms and shook out
his cloak of hidden colors. A shower of stardust sparkled
and fell on the blue planet below.

“Light and Dark, Dark and Light,” murmured Equus. He
shook his mane and stamped his hoof. A fiery star streaked
the dawn-washed sky. “Children, may you seek strength
from the light and be unafraid of the dark.”

“Light and Dark, Dark and Light,” whispered Ava. She
spread her magnificent wings and her hawk-like beauty
shone unchecked, dimming the stars of the Milky Way.
“Children, the time is near. The light calls as the darkness
gathers. May its circle always protect you.”

Ava soared upwards and spun a rainbow that circled
the setting moon.

The four children were sleeping.

The golden finger of dawn sneaked through a gap in the curtain and touched one child's face. Owen Maxwell woke instantly. He swung carefully out of his upper bunk to avoid disturbing his Canadian cousin Adam in the bunk below. He padded across the floorboards and pulled aside the curtain. “Weird light,” he muttered as he hung out of the open window to see better.

The rising sun blazed from the horizon on one side of White Horse Farm, and the setting moon gleamed on the other. A brief shower blew over the ground, releasing earthy aromas, and suddenly the moon was framed by a rainbow. High above hung the bright morning star.

A shiver went up Owen's spine.

“Is this it?” he called softly. “Wise Ones, is this the star message you promised to send us? Is it time for our next adventure?”

The cry of a hawk was the only answer.

Owen squinted up into the light.

The hawk circled below the morning star. The circles became wider and wider as she dipped closer to the earth. As the hawk banked one way she was bathed in gold; as she banked the other way she was washed with silver.

The hawk folded her wings and plummeted like a stone toward the pasture.

In the same second the sun leaped into the sky. The banished moon fell below the horizon and the morning star faded.

Only the hawk remained, hurtling toward the ground. Within centimeters of the earth she unleashed her talons and spread her wings. Wingtips brushed grass. Razor-sharp claws stretched and grabbed. The hawk swooped up with the tawny body of a weasel hanging in her deadly grip. She flapped heavily toward the nearest patch of woodland and disappeared with her prey.

Light and Dark, Dark and Light. The light grows but
dark things waken.
Ava's words were transferred thoughts, but they filled Owen's head as loudly and clearly as true speech.
The stones have stirred. Tell the others. The time is
near for the Circle Dance.