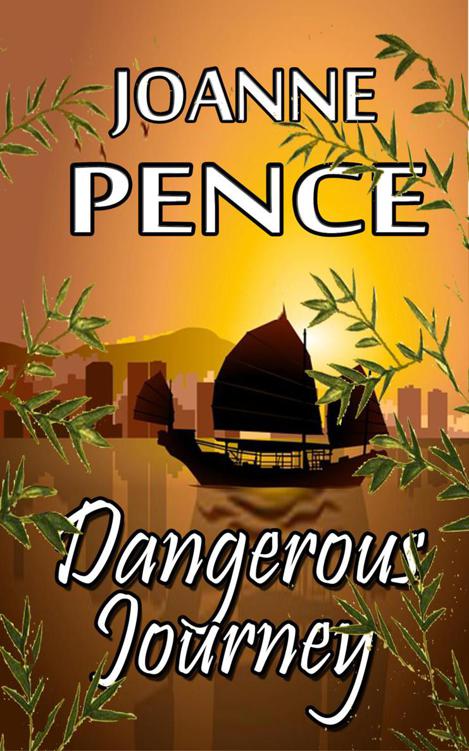 All rights reserved. No part of this book may be reproduced or transmitted in any form or by any electronic or mechanical means including information storage and retrieval systems without permission in writing from the author, except by a reviewer who may quote brief passages in a review. This book may not be resold or uploaded for distribution to others.

This is a work of fiction.  Any referenced to historical events, real people, or real locales are used fictitiously. Other names, characters, places and incidents are the product of the author’s imagination, and any resemblance to actual events, locales or persons, living or dead, is entirely coincidental.

“You call yourselves police? What do you mean you still haven’t heard anything about my brother?”

“Look, Miss…uh, Perkins.” The balding, ruddy-faced policeman slowly lifted his gaze from the newspaper on the counter and wiped the perspiration from his brow with a once-white handkerchief. “We are trying to be sympathetic, we are trying to be reasonable,” he droned, “but each year, hundreds of American tourists show up to peer from the Hong Kong border into the heart of Mao’s China, or to actually enter it in their well-guarded little tour groups. You simply cannot expect us to remember one individual. Good day, Miss Perkins.”

C.J. Perkins folded her arms, one toe tapping as she glared at the man immersed once again in the latest round of tabloid scandals.

Until a few days ago, everything C.J. knew about Hong Kong came from old movies like
The World of Suzie Wong
and
Love is a Many Splendored Thing
which she'd shed many a tear over. But they didn't prepare her for the real place. She learned that the Hong Kong British Crown Colony was made up of several parts: the island of Hong Kong, the mainland city called Kowloon, and to the north, the area called the New Territories. They were separated from Communist China by a well-patrolled border. Already, there was much talk and nervousness in Hong Kong about the British lease running out in another ten years, and that the colony would revert to the People's Republic of China. No one could believe that would ever happen, however.

Now, C.J. found herself in the town of Luchow deep in the New Territories and near the Chinese border. As opposed to the modern, high-rise filled Hong Kong and Kowloon areas, the New Territories were old, comparatively barren, ramshackle and laden with yellow dust.

At midday the Luchow police station was quiet, the heat and humidity high enough to keep troublemakers comfortably indoors and the border town relatively crime-free. Only the rhythmic whirring of the ceiling fans and the patter of insects hitting the window screens broke the soporific silence.

The policeman raised one eye in her direction, a look of disdain on his face, and returned to his reading.

Frowning, she remained where she was, waiting for him to do something. Anything. Hot and tired, she angrily shoved a frizzy, humidity-crinkled lock of brown hair behind her ear. Her frustration soared at the heat-induced lethargy surrounding her.

There was only one way to deal with these people, she decided. After all, her brother was missing. She had tried sweetness, patience and understanding, and had gotten nowhere. She hadn’t tried to be flirtatious. She was well aware she wasn’t the type to pull that off.

It was time to be tough.

She linked her thumbs in the belt loops of her white cotton slacks and squared her shoulders under her red plaid blouse. She spread her feet apart, the small stacked heels of her white sandals adding two inches to an already tall frame, and took a deep breath.

“I am an American citizen.” Her voice was low, well-modulated and controlled as she spoke, even though she knew her statement didn’t mean as much throughout Asia as it had before the recent pull-out from Vietnam. She continued. “My brother, Alan Mansfred Perkins, has been missing for three weeks, his papers show that he planned to come here, and now, he's disappeared.” When the officer still didn’t move, her fury boiled over. “I demand that you do something!”

He looked up, his eyes half-closed. “So you’ve told us, over and over. But you still haven’t told us why. Why did he want to come to Luchow? What was his reason?”

The same unanswerable questions again and again, she thought, as her fists clenched. “I’m not a mind-reader! I don’t know! I don't care!”

He slammed his hand on the counter and pushed his round, pugnacious face toward hers. “Well, neither do I! And he’s
your
brother!”

"He's
your
missing person! I want you to try to find him!"

His breath was hot and smelled revolting. C.J. spun around hugging her arms, her cheeks burning and her chest heaving. This was the same annoying claptrap she had received for days. And she was still no closer to finding Alan.

She shut her eyes for a moment as a wave of despair and worry filled her, but she fought against it and turned again to face the epitome of bureaucratic implacability. “I must speak with your chief.”

“I’m sorry,” he said, although he sounded quite the opposite. “He’s away at the moment, and I’ve no idea when he will return.”

“My pleasure.” His sarcasm dripped as he left the front desk to shuffle papers elsewhere in the room.

C.J. stubbornly plopped down on the old vinyl-covered sofa across from the counter, causing puffs of dust and the scent of mildew to waft up to her. She picked up a Chinese magazine and briskly fanned herself against the sweltering heat. Her blouse kept sticking to the plastic furniture.

Where was the police chief? She looked around the station she had come to know well—too well— over the past few days. The large main room, its plaster walls cracked and gray with age, was empty, as usual. So were the chief’s office and some small rooms beside it. On the far end of the main office was the door to the jail cells, which were about the only part of the station she hadn’t seen yet. She had no desire to change that.

Over an hour passed, but still the police chief did not return. C.J. willed herself to be patient and leaned back on the sofa with a weary sigh. That she had nowhere else to go and had reached the end of her brother’s miniscule trail, made her resolution to remain here easy to keep. She also had a niggling feeling that the police were hiding something from her, and she was determined to stay until she found out what it was.

As the heat and humidity of the afternoon made the air thicker and more oppressive, even the ceiling fans seemed to slacken their pace. She put down the magazine to concentrate on making no movement whatsoever. Her eyelids grew heavy, and her thoughts drifted freely....

If she were to go home now, what could she tell her parents? That she almost found Alan, but not quite? That she had failed again? Just as she had with her career? Her art work?

Her parents had paid for art school for her to become the “female Rembrandt of her time.” But the main lesson she had learned, much to her own dismay, was that even dedication and hard work don’t always result in truly creative talent. Not that she was untalented, she just wasn’t a great artist. Her work was technically competent, well-executed and likable. But nothing more. . . nothing more...

Her eyelids flew open. She must have fallen asleep, she thought, as she quickly pulled herself upright on the old sofa and wondered if anyone had noticed. Mercifully, the office appeared empty. So why had she awakened so suddenly?

“What are you doing in Luchow?”

The voice startled her so badly she nearly toppled off the couch. It belonged to Captain Burnham of the British border patrol, a memorably odious person. Tall and heavy, with a florid complexion and thinning dirty blond hair, he could have stepped out of a 1940s movie about the Third Reich, except for his very British accent.

“I wish to speak to the American Consul.” A deep, male voice with a pure Yankee twang to it answered Burnham.

After days of unhelpful British accents, the resonant sound was comforting to her homesick ears. The voices came from one of the small rooms off the main office, but she couldn’t see anyone.

“What are you doing here?” the captain repeated.

The American gave the same response.

“You’ll go to the consulate in good time, after you answer our questions. Now, where are your papers?”

“I wish to see the American Consul.”

“Were you in Communist China?”

“Tell us your name.”

“Does the name Alan Perkins mean anything to you?”

At this, C.J. froze, every sense alert. Who was this man? Why would Burnham ask him about her brother? She heard his standard reply and felt as irritated by it as she suspected Burnham did.

“Tell us about the White Dragon,” Captain Burnham said.

C.J. all but gasped aloud, and covered her mouth with her hands.

The White Dragon was the name she had found on a note in Alan’s room—the same note that had led her to Hong Kong. She had asked the police about it over and over, but they had consistently maintained that they had no idea what it was. Now she knew that it did mean something to them. They had lied to her! But why?

“...American Consul.” The last words of the man’s pat answer drummed once again in her ears. She jumped up and moved closer to the back room, throwing herself against the counter that blocked her way as she strained to hear every word.

The Assassin's Riddle by Paul Doherty
The apostate's tale by Margaret Frazer
Conquering Zeus (SEALs On Fire) by Cerise DeLand
In Between Days by Andrew Porter
Skin Deep by Megan D. Martin
Shenandoah by Everette Morgan
Dangerous by Jessie Keane
A Taste of Seduction (An Unlikely Husband) by Campisi, Mary
Lovers at the Chameleon Club, Paris 1932 by Francine Prose
The Sultan's Daughter by Ann Chamberlin