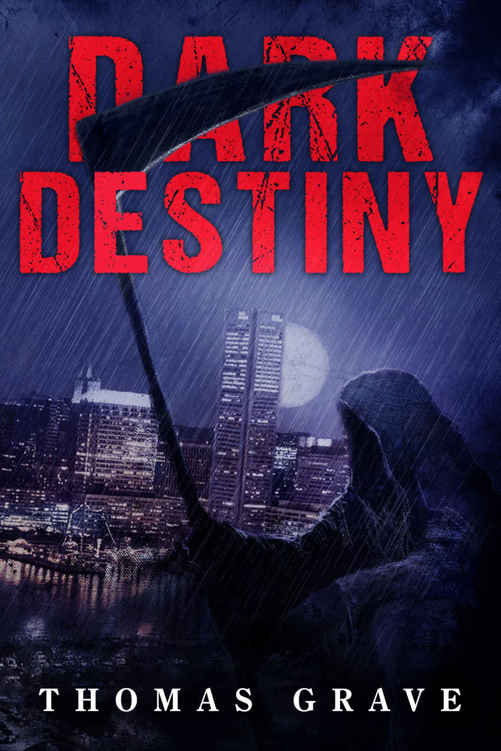 I would like to thank everybody who gave me some insight on how to put this thing together: Anthony Kimble-Ruggiero, Samantha Lafantasie and Reed Bosgoed who helped me out tremendously. I’d also like to thank Heather Beam for her encouragement and support throughout this entire process.

Dark Destiny is a work of fiction written by Thomas Grave. All of the characters, organizations, and events portrayed in this novel are a product of the author’s imagination. Any resemblance to person, living or dead or zombie, actual events, or organizations is entirely coincidental.

This book is dedicated to my family, plain and simple.

And I saw in the right hand of him that sat on the throne a book written within and on the backside, sealed with seven
Seals
. And I saw a strong angel proclaiming with a loud voice, “Who is worthy to open the book, and to loose the
Seals
thereof.” 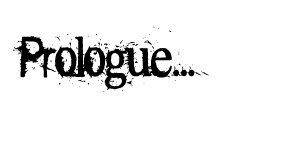 It seems as if nothing ever changes
, Makayla thought, tucking a strand of her light brown hair behind her ear. Her ice blue eyes locked on the school bus coming to a stop in front of her, its brakes squealing in protest. The doors swished open to allow her entry. It might have been late spring, but in Honesdale, Pennsylvania a fresh layer of slush covered the ground. Makayla trudged up the bus steps, stomping sticky snow from her shoes. She sank into her usual seat and leaned against the bus window. The smell of wet gloves and socks permeated the air. Heaving a bored sigh, she turned to the window and watched the neighborhood houses drift past. This had been her routine for the past two years.

At school, she tramped up the same worn stone steps. She grudgingly passed through the same heavy wooden double doors. She walked into the same crowded hallway over the same shiny floor tiles, passing the same classmates dressed in the same standard uniform: white button-down shirts and blouses with khaki pants or skirts. The same students greeted her in succession, as they had every other morning of her sophomore and junior years.

Athletic Jake, with his military-style buzz cut and mild acne, greeted her first. He winked and said, “Hey, Makayla.”

“Hello,” she replied as always, with a slight smile.

“Sharon.” Makayla acknowledged the girl with a well-practiced small wave as she passed by her.

And finally Robert. His hair slicked back and sunglasses in their usual place, where they would remain until he was inevitably told by a teacher to take them off. “Call me!” he urged, snapping his fingers and pointing to her with both hands. “Think about it.”

“I will,” she replied, snapping her fingers and pointing back at him.

As she reached her locker, she thought she had been stuck in a continuous time loop, like a bad episode of
Supernatural
. Only less interesting.

Makayla entered her combination and the lock popped open. As she retrieved her history book for her first class, a commotion echoed down the hall. She peered in the direction of the noise, but students had clustered together to witness whatever was going on and she couldn’t see what was in the center. A few seconds later, the chaos moved toward her. She leapt out of the way as a boy she didn’t recognize was slammed into her locker. It struck her as strange because she thought she knew everyone in her small town.

“You want your bag back?” Liam, the leading scorer on the basketball team, asked.

Liam was the type who liked to go around telling people about his ethnic background, as if anyone cared, though his alleged combination of Scottish and Latin did grant him a ridiculously perfect tan. He was also tall, handsome, and extremely fit. Makayla had once heard him say he had zero percent body fat. She marveled at how anyone could sound so conceited and stupid at the same time. She hated arrogance, and here it was standing in front of her, holding the bullied kid’s bag up in the air like it was some sort of trophy.

She shifted her gaze to the new kid. He was a mishmash of teen Goth, wannabe rocker, and preppy school kid. Black nail polish accented his nails and his dark brown hair popped out from under a black beanie. He wore black leather wristbands with silver studs and a 1950s style leather jacket. Then there was his perfectly ironed school uniform. Makayla appreciated the fact that he had tried to make the required attire his own, unlike the rest of the boring boys at school.

“Give it back!” the boy begged. He charged Liam, but another boy tripped him and he clumsily wobbled forward. Liam punched him in the gut. Makayla watched as the boy clutched his stomach and struggled to breathe. He collapsed to the ground coughing and gasping.

The boy stayed on the ground. It seemed like all his will to fight had left him.

With every ounce of power Liam had, he slammed the bag against the ground. The sound of glass shattering rose above the hum of the crowd. Water darkened the sides of the bag as it seeped out, pooling on the floor.

As Liam stared at the bag in confusion, Makayla’s eyes drifted to the boy gasping on the floor. He wasn’t what most girls would consider handsome, but something about him caught her interest. Such sadness in the eyes. Could others see the same in hers? Then she turned back to the bullies and realized the morons weren’t quite done.

“What do you have in there?” Liam asked condescendingly.

“Hey!” Makayla shouted, stepping in front of Liam as he bent down to pick up the leaking bag. She stepped on the bag’s strap before Liam could grab it.

Makayla slapped him in the face, stopping whatever retort was about to come out.

He took a deep breath and leaned toward her. In a low voice he said, “If you do that again, I am going to
—
”

With a swift motion, she slapped him again. Hard enough that redness flared on his tanned cheek.

After the first slap, their audience had murmured and hooted. Now, they were completely silent.

“Or you’ll what?” she asked. Her voice seethed with contempt as she wagged her index finger half an inch from his face. “Hit me back? If you do, you’ll be kicked off the basketball team, and there goes your precious scholarship.”

Makayla studied Liam’s lackey, the one who had tripped the boy. She tried to think of his name . . .
Justin
,
I think
.

“And
you
,” Makayla growled as Justin glared at her. “I saw you at
church
. What would your mom think of you treating somebody like this? Would she approve? Because I just might tell her.”

Justin managed to shake his head, eyes pleading for her not to.

Makayla slapped him again. Gasps echoed from the mob.

Liam’s jaw dropped then clenched. If Makayla hadn’t been so angry, she might have been impressed at how well his tan took the abuse.

“Is there a problem here?” Coach Reed asked as he walked upon the scene, the brown skin of his bald head gleaming under the fluorescent lighting in the hallway.