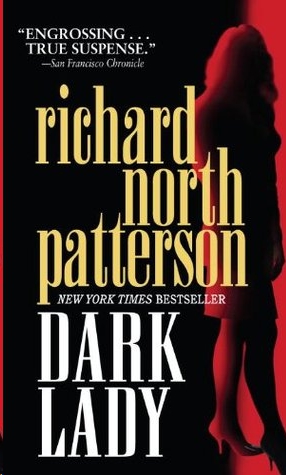 PART ONE
TWO WOMEN
CHAPTER ONE

Two days after the murder, listening to Brett Allen’s tale of innocence and confusion, the lawyer wavered between disbelief and wonder at its richness, so vivid that she could almost picture it as truth.

The lawyer looked at Brett in silence, taking in the oval face, the delicate cleft chin, the curly ungroomed hair, the small breasts and almost too slim body of a late bloomer who, at first glance, looked younger than twenty-two. But what struck her was the bright greenness of the eyes, a gaze so intuitive and direct that it unnerved her.

As Brett described it, the night had been crisp, windless. Moonlight refracted on the still, obsidian waters of the lake and traced the pines and birches and elms surrounding it. The only sound Brett heard was the rise and fall of James’s breathing.

They were naked. Brett straddled him, as she had when making love. The cool night chilled her nipples, dried the wetness on her skin. As she shivered, James, flaccid and unconscious, slid from inside her.

She felt a spurt of anger. And then the nausea returned, mingling the acrid taste of marijuana with the torpor of too much wine. All at once, the night burst into shards—images without connection, freeze-frames of color amidst a black jumble she could not remember.

That explained how she had acted with the police, she told her lawyer—pot and wine, shock and paranoia. Dope was really James’s thing. As Brett said this, her lawyer saw a sheen of tears, as if the young woman had remembered some fond detail. For days after, as the lawyer grew to believe that Brett Allen was a murderer, the moment haunted her.

Before the dope, Brett told her, her memory was sound. James had called her parents’ home, where she was staying for the summer. They had talked a little; then, fearing that her mother might listen in, Brett had suggested that they go to the lake, take some cheese and wine. She had a favorite place, and they would be alone. Whatever James had to say, she sensed, should not be heard by others. Brett made her excuses. She saw the tight look in her mother’s thin face, the cool gray eyes filling with things she did not say. For a moment, Brett was torn between pity and the desire to confront her, and then she decided that this was pointless. She left the house, its dark mass looming behind her. She drove to the college for James. In the car, he was quiet, intent. His face was a study in black and white—pale skin, dark ringlets of hair, shadows on his sculpted face. One of his acting teachers, with mingled derision and admiration, had once called him “Young Lord Byron.” The teacher, Brett pointedly recalled, was a woman. They drove winding roads, wooded and silent, saw occasional headlights cutting the silver darkness, then the steady glow of a lone car behind them, traveling neither slower nor fasten Abruptly, they turned down a dirt road, hacked so narrow between looming pines that it was pitch black. The car lights behind them passed the trailhead, and vanished. Hitting the brights, Brett slowed to a crawl, following the headlights as they carved a path between the rough-barked trunks of trees. Then the path ended. Brett stopped there. Silent, she opened the trunk of her battered black Jeep, took out the gym bag with the wine and cheese, then tucked a rough woolen blanket under her arm. James followed her into the trees.

Suddenly, there was no sky. They edged through trunks and branches down a gradually sloping hill, feet sliding on the hardened ground, the result of two dry weeks after a rainy spring. A branch lashed at her face; in the darkness, Brett felt diminished, like some primitive amidst the mysteries of nature. “Where are we going?” James murmured behind her. “To play Dungeons and Dragons?” Why was it, Brett wondered, that people whisper in the darkness? She did not answer. And then they reached the clearing. A glade of grass, opening to a moonlit lake. She stopped there, looking out. Behind her, James was quiet again. “This is yours?” he said at last. Can you leave this? she felt him ask. But she answered only the question he spoke aloud. “Yes,” she said simply. “It’s mine. If I still want it.” She did not mean the lake. It was a mile across and nearly that wide; on the far shore were a few fishing camps and summer houses, unseen in the darkness. But since her birth her family had held the parcel where they stood for Brett. It was a fact as certain as her grandfather’s love. Brett gazed out at the water, postponing by her stillness the moment when they would begin to talk. She could sense, rather than see, the platform where she had first learned to dive. Yet she could have swum there as surely as in daylight. Just as she could remember standing on the rocky inlet between the glade and the water, holding aloft the rainbow trout, speckled in the sunlight, so that her grandfather could see it. Turning to James, Brett put down the gym bag and held out the wool blanket so that he could help her spread it on the glade. Laying it down, she could feel the dampness of the grass.

They settled onto the blanket, Brett sitting cross-legged, James lying on his side, head propped on one hand. Woods surrounded them on three sides; in front of them was the smooth black sheen of water. Far across the lake, Brett heard the faint cry of a heron. They were utterly alone. “What is it?” she asked him. James brushed the hair back from his forehead. Brett knew this as a temporizing gesture, a sign of hesitancy. “I want us to go to California,” he said at length. Her voice was level. “I know that.”

“I mean soon.” It was hard to read his face. But beneath the casual pose, so characteristic of James, Brett felt his anxiety. “Why soon?” He was quiet for a time. But in their year together, Brett had learned the uses of silence. She waited. “That dope I sold,” James said finally. I never paid for it.” Brett despised James’s business. They had fought about it for two months: James was adamant that this was the way for him—left without money or family to speak of—to pay his way through what he had sardonically labeled the “poison ivy league.” It was, he promised, temporary. “Never paid for it …. “Brett repeated in a flat voice. “I didn’t know your friends gave credit.”

“No reason to.” His tone softened. “It’s just that I had to do something—start a life.” He was trying to make her complicit, Brett knew. “Without asking me?” she shot back. “You’re supposed to do what you want, and I’m just supposed to react to it?” James sat up now, facing her. “I owe a little over thirty-five hundred.” He leaned forward in entreaty. “I made almost forty-three selling the stuff. Enough to drive to the Coast and still have first and last months’ rent.”

Brett knew his dream. He would work part time and look for acting jobs; Brett would break from home and family—the stifling effect she felt of too many years of expectations-and write the books she believed she could. But this image seemed more vivid to James than to her. “I have a life, James. A real one. And not all of it is with you.” She shook her head in impatience. “My parents are work, all right—especially my mother. But I have one quarter of school left, and I owe it to them to finish, owe it to myself if I decide to get a master’s degree. And my grandfather—who I love a lot, though I understand it’s hard for you to get that has a heart condition. What I do about them, I have to live with. Just like I have to live with me. This isn’t about you, okay? Or even me writing the Great American Novel.” She paused, finishing more quietly: “You never had a family, for bad or good or in between. It’s more complex than you think.” James expelled a breath. Taking her hand, he said softly, “You’re my family.” It was meant to touch her, Brett knew. But she perceived what James could never admit: that beneath his calculation was the loneliness of a seven-year-old whose mother was dead and his father vanished, his future a series of foster homes that took him in for money. Conflicted, Brett watched his eyes, searching for the person who lived behind them. Suddenly, James flinched. He was half standing before she heard the sound. Underbrush rustling, perhaps the cracking of a branch. James went rigid; in that moment, Brett saw how scared he was. It was that which raised the gooseflesh on her skin. “What was that?” he said in a low voice. Watching his face, thin and strained, Brett listened. Nothing. Slowly, she turned from him, saw pale branches at the edge of the glade, then darkness. “Well,” she said with a trace of humor, “they say the

SAGE by Jessica Caryn
Barbara Cleverly by The Palace Tiger
The Sheikh's Pregnant Bride (The Jawhara Sheikhs Series Book 1) by Leslie North
The Incredible Escape. The Adventures of Radisson 3 by Martin Fournier
the Hunted (1977) by Leonard, Elmore
Dreams in a Time of War by Ngugi wa'Thiong'o
Glimmer of Hope (Land of Tomorrow Book 1) by King, Ryan
Tales from the Tower, Volume 2 by Isobelle Carmody
The History Man by Malcolm Bradbury
All He Desires: The Complete Series by Erin Lark