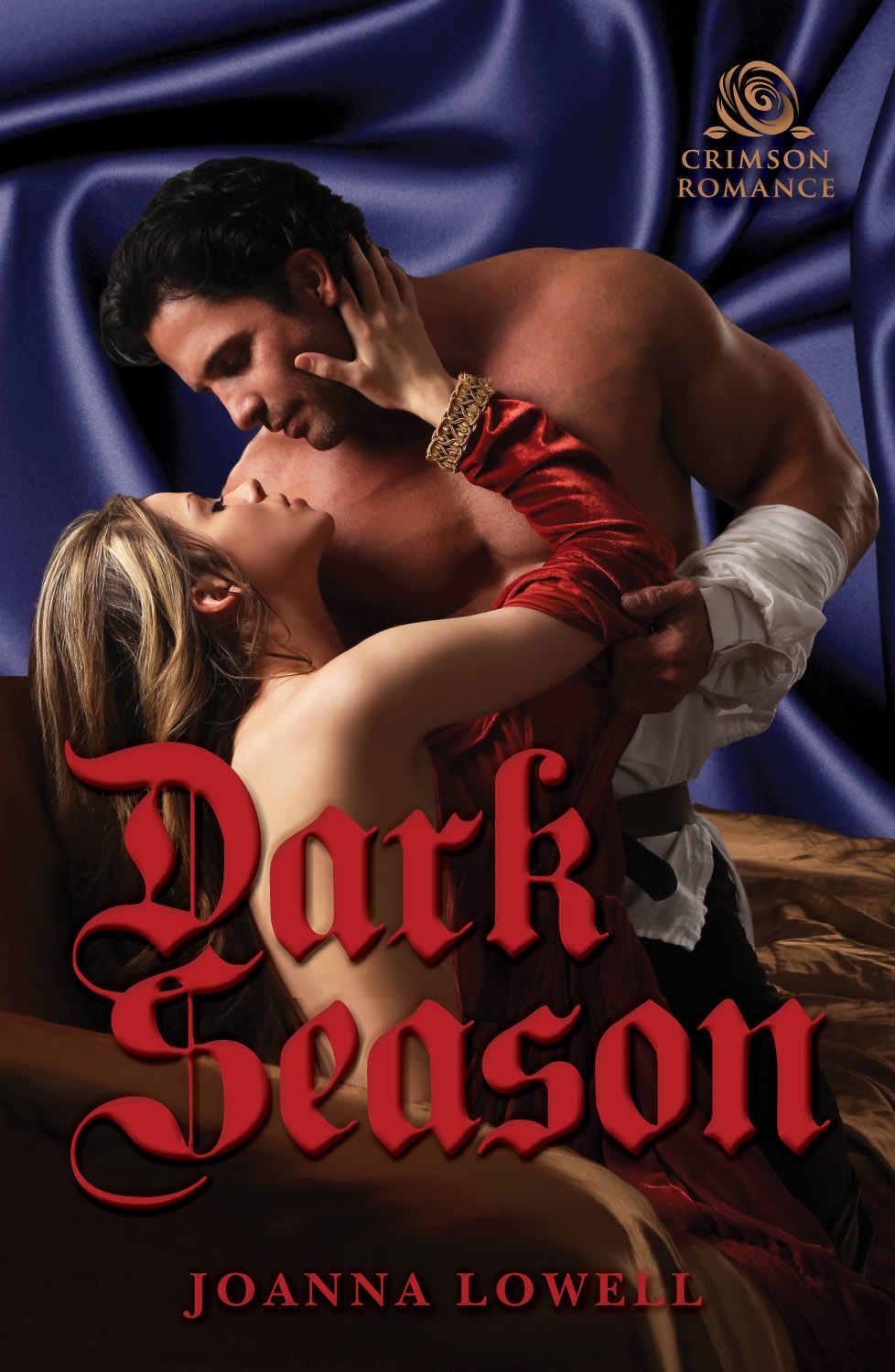 The room went dark. Chairs creaked and silks rustled as the audience members shifted in their seats. The air was cold, colder than it had been but a moment before. Ella shivered. The woman beside her was twisting her gloved hands.

Ella did feel it, the stroking cold. The hairs on the nape of her neck were rising.

“No more heat from the lamps,” she whispered. A dozen wall brackets had been burning when she had paid her admission and made her way to her chair. Of course, she’d focused her attention on the enormous cabinet with the heavy wine-red curtains in the front of the room—how could she not?—but she
had
noted the lights. Bright, warm globes. A cheering sight in an otherwise dingy space. Then the men who’d formed a gauntlet near the entrance, each waving a pamphlet or newsletter—“Are you a member, madam? Sir, would you take a paper? Proves human immortality is a scientific fact, page seven, absolutely free, and one shilling sixpence per quarter will get you a subscription.”—had abruptly ceased their proselytizing, fanned their literature out on the table, and turned all the lights off.

Without the flames of gaslights, rooms grew colder. That, at least, was a scientific fact. But could extinguishing the lamps really have produced that sudden icy breeze? Once she allowed the doubt to take shape, the chill seemed to worm its way deeper inside her. She would like to claim it was a draft, the dank wet air of the spring night seeping between the sash and sill of a poorly made window. But the room had no windows. And only one door. The skin on Ella’s face seemed to be tightening. Only one door. It was shut now.

A man called out in the darkness. “‘Hymn to the Night,’ “he said. As he began to sing, a wavering chorus picked up the tune. In the front of the room, between the cabinet and the first row of chairs, a candle flared, and another. Shadows wheeled wildly on the walls and ceiling. Ella craned her neck, trying to peer between shoulders. The woman beside her was breathing shallow, excited breaths. The man on her right bumped her with his elbow as he shifted. He’d dressed his hair with too much oil. The smell was cloying. Ella pressed her spine against the hard back of the chair. She squeezed her knees together. Cold sweat tickled under her arms. Too many people, and all of them far, far too close together. She was hemmed in. How many pairs of legs would she have to climb over to get to either end of the row? A dozen?

She shouldn’t have come. But that morning the girls in the boardinghouse had spoken of nothing else. One of them had spread a newspaper on the deal table in the sitting room.

“This won’t be a common spirit-rapping,” she’d said, pointing at the advertisement. “You’ve never heard of Miss Seymour? She manifested the Egyptian princess? And levitated Lady Cumberland’s baby clear out of her arms?”

Ella had been forced to admit that she’d never heard of Miss Seymour, of Egyptian princesses appearing in cabinets, or of babies floating on ethereal tides of harmonized energy. She’d never heard of Mr. Hawkins, Master of Magnetic Healing, or of Mr. Colville, Professor of the Astral Arts, or of the half dozen other clairvoyants, phrenologists, mediums, and mesmerists the girls mentioned or their affiliated circles, institutions, associations, and schools.

“I should think you’d be interested.” The girl with the newspaper had looked at her meaningfully. “Considering … ”

Ella had looked down into the black folds of her skirt. The girl had meant, of course, that Ella was in mourning. That she should jump at the chance to speak with the dead.

Surely you don’t believe all that?
Ella had wanted to ask but didn’t. Instead, she’d imagined Miss Seymour rapping out a message from her father.

I’m here to help you, my little one. I’m listening.

She’d tell him what had happened.

Papa, I ran away from cousin Alfred. You were wrong to trust him. He was going to have me locked up. I ran away to London, but I’ve no work and no references, and I don’t know what to do. Papa, tell me. Tell me what to do.

And then Miss Seymour would rap out his answer. If only it worked like that. She’d had to leave the sitting room before the girls could see the tears in her eyes.

Spirit-rapping—it was nonsense. She knew that. But here she was, at a séance, surrounded by the credulous, or were some in the audience merely curious? Which was she?

The figures with the candles stopped moving on either side of the cabinet, the flames held up to their faces. They were young girls, their white foreheads illuminated, shadows making pits of their eyes. Another light bloomed, this one between the cabinet’s curtains, and the singing dwindled, died on a long, low note, as the curtains parted. A woman stepped out from between them. She was tall, slender, her silhouette natural. No crinoline. No flounces. Her mass of unbound hair glinted in the candlelight. The profound hush that greeted her appearance was the hush of the tomb. She stood like a living statue, frozen in time before the onlookers, head tipped back, the arm with candle upraised. Suddenly, she howled, staggered. She swung her arm so wildly that the candle went out.

Ella realized she was leaning forward; the entire audience was leaning forward, straining to follow the moves of Miss Seymour’s strange dance. It was as though Miss Seymour waged a battle with an invisible beast in the air, batting it away as it lashed back at her, twirled her so her body moved without her volition, limbs describing sharp angles. The only sounds in the room were sounds of the struggle: Miss Seymour’s feet sliding and banging on the floor, her guttural breathing. Just as suddenly as it had begun, the battle was over. Again, silence reigned. Again, Miss Seymour stood motionless. More figures with candles were appearing beside her, filing out from within the cabinet—or from behind it—Ella couldn’t be sure.

“A spirit is with us.” Miss Seymour’s voice was low as a man’s, deep and husky. Somehow it carried to every corner of the room.

“She is unquiet, poor soul,” said Miss Seymour. She looked up, jerking her head from side to side. Watching something only she could see.

“She is afraid to come nearer,” said Miss Seymour. “She is one with the shadows. She is flickering around us.” The candle-bearers thrust up their candles, and again, flames twisted. Shadows danced. Tiny specks of light gathered at the corners of Ella’s vision. She shook her head to clear them. Her mouth felt dry, her tongue thick. Fragrant smoke drifted through the crowd, sickly sweet. What was burning? Who was burning it?

“We greet you with perfect love.” Miss Seymour’s voice rose to a shout. “Be not afraid!” Then she pitched forward and spoke in hoarse, rapid tones, addressing the crowd: “She wants to join us. She has something to tell us. Someone in this room knows her name. Call it out. Call her name. She will come if you call. Summon her from the shadows. They frighten her. She died so young. I can almost see her … black hair, black eyes … or is it the shadow that makes them so?”

A moan came from the crowd, and a woman stood. She’d been sitting in the first row, and Miss Seymour was at her side in an instant.

“Phillipa?” The woman leaned against Miss Seymour. “Phillipa? Is it you?”

“Phillipa!” The woman’s voice was so broken, so filled with longing that tears pricked Ella’s eyes.

This is wrong
, she thought dazedly.
This is wrong, ghoulish, and cruel
. Credulity fled. Curiosity fled. She felt emptied. Sickened by the spectacle, by every part of it. She had been sold a ticket to witness another woman’s grief. As though it were merely an evening’s entertainment.

The tiny specks of light were floating now, floating across her field of vision.

“Phillipa.” The woman was chanting it. “Phillipa, Phillipa.” And Miss Seymour chanted along with her.

The smoke had grown thicker. Ella clenched her teeth and gagged. The specks of light multiplied. Her body was shuddering. She could no longer deny what was happening. She went rigid, trying to lock her limbs, to hold herself still, to fight back, but she couldn’t. She never could. She was going to lose control, have one of her fits. She was going to convulse in front of all these people, knock over chairs, kick, and froth.
Oh God, no.
She shut her eyes, but the lights were still there. Lacework. Snowflakes. Broken glass. Jagged teeth beneath her eyelids.
Oh God, oh God.
The pain had started. Those teeth were burrowing into her eyes. Rats scrabbled in her sockets, wiggled into her brain. Yellow teeth. Red claws. Hot, blinding flashes.
Oh God, no, not now, not this, no, no, no, no.
She wanted to scream, but her face was gone. Her body was gone. There was only the hard, hot pain in the center of her being, and the violent light shooting out in all directions. Voices wavered in and out all around her.

She wanted to block her ears, but she had no arms, no hands. Her head rang with Miss Seymour’s voice, rang like a bell. The pitch was changing, rising higher and higher. The bell was cracking. Her head, splitting open. Miss Seymour’s words bursting her skull.

“Come, sweet girl. Come as substance from the shadow. Come, Phillipa.
And I will bring thee where no shadow stays
.”

Then Ella heard nothing. Saw nothing. Felt nothing.

Isidore Blackwood lurched through the hallway and out the back door of the public house. Even a sober man would find himself lurching in that building, a heap of sagging, worm-eaten boards, every floor atilt, and every wall off plumb.

But it would be a strange place indeed, Isidore thought, for a sober man to find himself. Sober, he certainly wasn’t. The gin burned in his stomach. His eyes felt hot. He did not want the night air to clear his head and had no reason to imagine he ran any risk—the public house was beside the river and the air surrounding it particularly foul—but an eyeful of cold mist would be just the thing.

He stood blinking up at the light rain. Inhaled deeply. Thick, clammy night. London’s vile brew. A large sewer flowed nearby. The wind cut the fecal stench with the more caustic aroma belched from the leatherworks and dye works downriver. He took a step forward, stumbled over a broken paving stone, but caught himself before he slid down the steep bank. His muscles tightened, his whole body surging with that primitive imperative.
Stay alive.
He scrambled back up to the level of the street. Then he threw back his head and laughed. How fitting if he died on this night. Stumbled again, pitched headfirst into the river, and drowned. Of course, he couldn’t guarantee that anyone would remark the significance of the date. His body might not be found for weeks. Bloated and battered, pushed to shore by some unhappy sculler’s oar. That would detract from the romance of it.