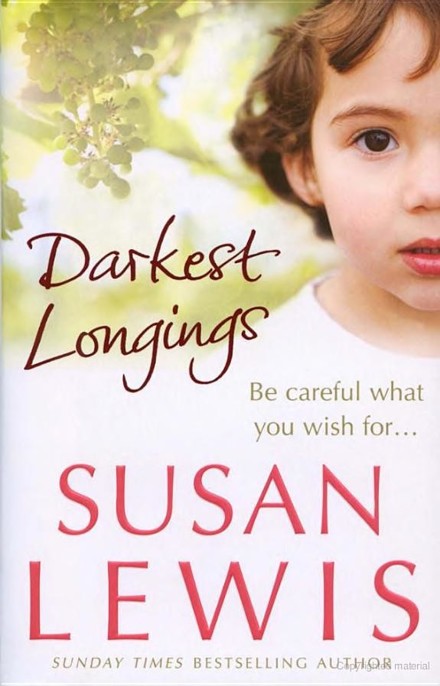 and available from Mandarin

Dance While You Can

This book is sold subject to the condition

that it shall not, by way of trade or otherwise.

be lent, resold, hired out, or otherwise circulated

without the publisher’s prior consent in any form

Mandarin is an imprint of the Octopus Publishing Group,

A SIP catalogue record for this title

Printed and bound in Australia

This book is dedicated to my father

I should like to express my gratitude to Madame La

Comtesse du Petit-Thovars for the help she gave in the

preparation of this book. For inviting me into her home

and allowing me to base the story around the ancestral

home of the Petit-Thouars - though I must stress that no

characters in the book are based on her family. My thanks

also to Richard Hazlewood for the help and advice he

gave, not to mention the many introductions. Also to

Most especially of all I should like to thank Pamela

Brunet and her husband Amede for the research and

translations they carried out on my behalf.

their unwavering support following the death of my

‘Are you feeling nervous, cherie?’

countryside to rest upon her father. It was over an hour since

they had boarded the train in Paris, but this was the first time

either of them had spoken. As their eyes met, Claudine’s full

mouth curved into a secretive, almost self-mocking smile, and

Beavis smiled too as he watched his extraordinary daughter

sweep a hand through the tumbling raven hair that bounced

unfashionably around her shoulders, and stretch out her long

legs to settle them on the seat beside him.

She didn’t answer his question, but leaned her head back

against the cushion and returned her attention to the

Yes, she was nervous. Who wouldn’t be, in her shoes? But

apart from the occasional tug she gave to the feather which

curled over the brim of the hat lying in her lap, there was

nothing in her manner to indicate either the unease or the

excitement that randomly coasted between her heart and

her stomach. She looked up ahead and saw the front of the

train as it rounded a curve in the track, steam billowing from

the funnel in a chain of ephemeral white clouds. Again she

smiled, then looking back to her father, who was still

watching her, she started to laugh.

‘Are you surprised that we’ve come this far?’ she asked.

He arched his brows comically and pulled at his

moustache. ‘You know perfectly well what I mean.’

‘That nothing is more irresistible to your harebrained

daughter than territory where angels - perhaps even fools fear

‘But, Papa, it was your idea,’ she reminded him.

‘So it was. I’d almost forgotten,’ he chuckled. Then, more

seriously, he added, ‘But we don’t have to be here, cherie.’ He often used the French term of endearment, even when they were speaking English - it was a habit he had fallen into

during twenty-seven years of marriage to a Frenchwoman.

‘It’s not too late,’ he continued, ‘we can turn back to

England, you have only to say the word.’ For all sorts of

reasons, that would now be extremely difficult, but he felt

obliged to say it all the same.

‘Oh, Papa! To have come all this way and then not

actually see him! I should die of curiosity.’

Satisfied with her answer, Beavis returned to his newspaper.

he was reading the same paragraph over and over again. His

mind was full of his daughter and the meeting that would

He took out a cigarette and lit it, filling their first-class

compartment with the bitter-sweet smell of Turkish

tobacco. As Claudine inhaled the aroma she closed her

eyes, reminding him of her mother, and for the first time

since her death Beavis was grateful that Antoinette wasn’t

there to express her thoughts on what he was doing. Not that

he harboured any doubts about bringing Claudine to

France - on the contrary, he firmly believed that his plans

for his daughter were in her own best interest - but he

things with a little more subtlety.

But what was he supposed to do? As a man, he had no

experience in handling these matters; all he knew was that,

at twenty-two, it was high time Claudine was married.

Everyone told him so, particularly his sister-in-law, Celine.

During Claudine’s debutante year in London Celine had, of

course, done her best to introduce Claudine to as many

eligible young men as possible - and no doubt several

ineligible ones too, if he knew Celine, but at the time

Claudine had had other ideas, and she and Dissy, her best

friend, had taken themselves off to New York to stay with a

girl they had shared a room with at finishing school, Melissa

von Meriry. Beavis knew the von Merity family, so he had

agreed to the plan. He hadn’t been prepared for Claudine to

spend almost three years in New York, and he most

certainly hadn’t been prepared for the fierce independence

she had acquired during her stay there - which, together

with her inherent sense of humour and her undeniable

beauty, had turned her into a force even he found difficult to

She had returned to London six months ago, in time to

Lord Poppleton, and Claudine, as Celine had told him in no

uncertain terms, had been left to run wild. He knew that

Claudine had received several proposals of marriage, both

in New York and in London, but for reasons known only to

herself she had refused them all. So, not unnaturally, he had

been more than surprised when she seemed to welcome the

Celine’s response, on the other hand, had come as no

surprise at all. She had never, she told him, in her worst

nightmares, imagined he would be capable of even considering

Francois de Lorvoire. Beavis, who was well aware of

Parisian society’s views on the Lorvoires’ eldest son, had

listened patiently to everything Celine had to say and then

told her, quite calmly, that his mind was made up. After

which he had extracted her promise that, should Claudine

raise no objection to the marriage, she, Celine, would do

nothing to dissuade her.

Yet now, with the hurdle of Claudine’s agreement so

easily surmounted, he couldn’t help wondering why his

daughter had shown such readiness to accept the proposal.

She knew nothing about Francois de Lorvoire, yet she

appeared almost eager to marry him. He was intrigued to

know why. She had a will of iron, and he wouldn’t have

against the idea. He wondered, too, about the shattering of

her illusions yet to come… But Claudine would handle it;

he was quite resolved that Francois was the right husband

for her, he admired the man - no matter what Celine might

say. Though how Antoinette would have felt about the

match did, in truth, unsettle him somewhat.

Able to read her father’s face only too well, Claudine put

aside her hat and leaned forward to take his hand. Her blue

eyes were dancing, but her voice was gentle as she said,

‘Papa, I know you’re thinking about Maman and what she

would say if she knew what we were about. But try to

remember, darling, that I am a grown woman now, I can and

do - make decisions for myself. You know I wouldn’t be

Beavis’ face clouded for a moment. Then, with a touch of

irony, he said, ‘That is precisely what baffles me, cherie. Why, when you’ve had so many offers from men who are eminently suitable, are you so willing to give yourself to a

‘Because it is what you want, Papa,’ she answered, her

of it, and laughing, she threw back her head, curled her feet

under her, and resting an elbow on the window ledge, was

once again intent upon the passing landscape.

She was amused by her father’s bewilderment, knowing

that he had been fully prepared to assert his parental

authority on this matter had it proved necessary. Of course,

had she not wanted the marriage herself, she’d have fought,

and won… She knew he was surprised by her compliance,

but thankfully he hadn’t questioned her too closely, so she had not found herself compelled to lie. And lie she would have done, rather than tell him why she was willing to marry

Francois de Lorvoire - a man whom, as Beavis had quite

rightly pointed out, she had never met.

Of course, she had heard a great deal about the de Rassey

de Lorvoire family as she grew up. Her father and the old

Comte had been firm friends ever since they served

together in the Great War, and Antoinette Rafferty and

for many years and had frequently spent time together in

Paris. But Claudine had never met the de Lorvoires; she

had been at school, or too busy with her horses at Rafferty

Lodge to accompany her mother on her shopping sprees.

And, curiously, she didn’t recollect any mention ever being

made of Francois, who was fourteen years older than she

was, and would surely have been cutting a figure in society

long before her mother died. That fact rather amused her

now, for what little she had managed to learn about Francois

during the last few weeks suggested that whatever there was to say about him had probably been considered too shocking for her young ears.

In fact, his reputation was proving to be thoroughly

intriguing. Just this past week she had discovered that one

the conversation alight with any kind of unsavoury rumour.

Take the other night, at the home of Constance and Charles

Delaforge. She had gone alone, since Beavis had business

to attend to, and had casually mentioned that she was

looking forward to meeting the Lorvoire family at the

weekend, their eldest son Francois in particular, because

she had heard so much about him. From the look on the

faces around her, she might just have let forth a stream of profanities. Constance had glared, Charles had started muttering under his breath, then suddenly the old duchess

sitting beside her had drawn herself up, and cried in a voice

pinched with distress, ‘I forgive you, Claudine, but only

because you cannot know what anguish it causes me to hear