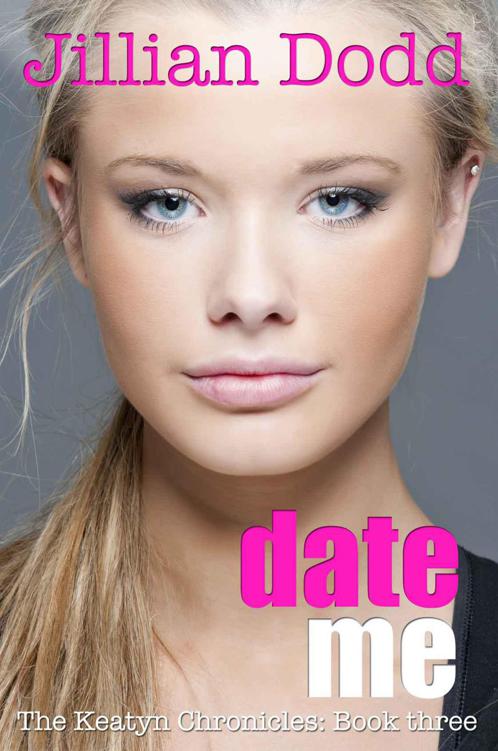 Other Books by Jillian Dodd copy

This book is for The KC Addicts

I heart you all. 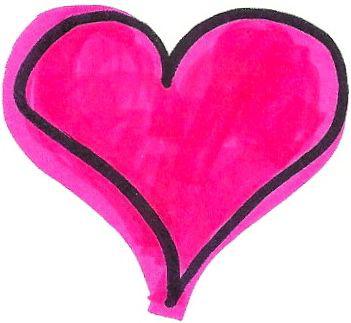 This book series is similar to a television series. There is no recap of what happened earlier.

This book starts the day the last one finished off.

If you haven’t read the first two books, you probably won’t know what’s going on.

When we last saw Keatyn, she was kissing Dawson who had just asked her to Homecoming during lunch in a crazy, public way.

Who can forget the dean dancing and all the naked chests spelling out Homecoming?

Then she gave him the kind of kiss that was definitely against the school’s decency policy.

You have a wild side.

I float my way to French class on cloud nine.

When I take my seat, Aiden says flatly, “Well, that was something.”

I turn around. I’m beaming. I think my smile will be on perma-blast all day long. “Wasn’t it outrageous? The way he asked. I loved it!”

“You like stuff like that? Being the center of attention.” He rolls his eyes toward the ceiling and laughs in a deep, sexy way. “Never mind. Don’t answer that. Of course, you do. You seemed to be enjoying yourself. So, how come you never danced like that when we danced? It was pretty sexy.”

“No, everyone loved how you played along. You looked shocked. Were you?”

“I had no clue. I thought I was in trouble. Even when the dean started dancing, I thought it was some new girl hazing or something.”

“Everyone does. Do you?”

“You have a boyfriend now. You probably won't be finding out.”

He gazes at me for a beat. “No, I guess it wouldn’t,” he finally mutters.

“You’re right though,” I say. I’m practically bouncing in my seat. “I would never cheat, but he only asked me to Homecoming. Not to be his girlfriend.”

Annie sits down and grabs my arm. “That was so adorable! I can't believe you danced with Jake like that! Whitney was seething! It was awesome!”

“Just before it all started, Whitney was telling me that Dawson was going to ask her to Homecoming. Telling me how they bonded in the limo. How they will be king and queen.”

Annie sighs. “Don’t do anything to make her mad at you, Keatyn. She’s not a nice person.”

I nod. Because I think I know that.

What did I say about Vanessa?
Been there. Seen it. Burned the T-shirt.

I turn back around to face Aiden. “You know, it’s because of you that Dawson and I are still together. I haven’t thanked you properly, but what you did—how you told Riley. Seriously, thank you.”

The look that crosses his face is indecipherable. He nods his head, agreeing with me and giving me a little smile, but he’s grinding his pencil into his notebook. Like it’s a horcrux and he’s trying to kill it with a basilisk fang. He leans closer to me and says quietly, “I told you in the chapel that I’m done pretend punching your head.”

He gives me the sweetest smile, but then says flatly, “I’m done fighting.”

I turn around and try to focus on class.

He’s completely given up on us. Hasn’t he?

That’s why he told Riley about what Whitney did.

After my breakdown in the chapel, he knew it for sure.

No way a lunatic like me could be his true love.

After soccer practice, I run up to Aiden, who is practicing kicking a football through the goal.

“Hey, would it be okay if we did tutoring in your room tonight? Everyone is talking about lunch, about how Dawson asked me to Homecoming, and I know if we go to the library we won’t get anything done because people will come up to gush about it.”

I look at him funny. He’s acting quite strange today. Maybe I should let him go to the library to get his aura recharged or something. But I don’t want to. He’s easier to deal with when his powers are weak.

After dance, I knock on his door.

I check my phone to see if he’s running late.

There’s nothing from him.

I knock again, wondering if maybe I caught him in the bathroom or something. He still doesn’t answer, so I slide down the hallway wall and sit on the floor. Sitting here reminds me of one of my first nights here. I close my eyes and remember the party. The night Dawson gave me the worst kiss ever and how I ran out to this very spot and slid down the wall. I remember Aiden sliding down next to me. Me fighting back tears and telling him how Dawson ruined my lips. How Aiden kissed them and made them better.

How perfect it felt.

It’s funny to me now. Life twists and turns in ways you never expect it to. I could practically see my future with Aiden. I thought he spoke to my soul, for god’s sake!

I’m suddenly aware of a body sliding down the wall next to me. I open my eyes and see him. He looks out of breath. Like he ran all the way here.

I fight the urge to reach out and put my hand on his chest. To feel his heartbeat.

He takes a deep breath and gives me one of those smiles that almost blinds me. The kind of smile that makes me want to drag him to a little chapel in the woods, say
I do
, and make him the last boy I ever kiss.

“What is?” I say, pretending not to know exactly what he’s talking about.

“Don’t you remember the party? When I kissed you right here?” He reaches up and gently touches my lips with his finger. “Fixed your lips.”

“Yeah, I remember, Aiden,” I say. What I don’t say is, And it makes me sad. Sad to know that you knew so quickly that I wasn’t the one.

I start to get up.

“You’re such a liar. Your room is always perfect.” I almost say, I love that about you, but I don’t.

He rolls his eyes at me again, then says firmly, “I think out here would be better.”

“Aiden, what is in your room?”

I grin, wondering what he’s hiding from me and now totally curious.

I get up and open his door. Look around. “It looks normal.”

He looks around his room, like whatever used to be there is gone, maybe?

“Okay, well, let’s get to it.” He sets his backpack on the ground and pulls his French workbook out.

I grab mine too and set it on his desk. “It’s been an exhausting, crazy day,” I say, and then flop down on his bed.

He gets all nervous-looking again.

He’s acting very strange. I’m half expecting a naked girl, or a blow-up doll, or something embarrassing to appear. I look around his room again. All is completely in order, so I close my eyes. “Okay, so I worked on the first page of our homework during drama today. Do you want to copy it and just go over it? It’s mostly review.”

I hear him turning pages and then writing.

I open my eyes and look up at his ceiling.

“You don’t have the twinkle lights on,” I say. “It looks weird.”

He looks up from his workbook and makes a sort of coughing sound. I glance at him, but he appears to be fine. My eyes go back up to the twinkle lights. Then I notice there’s something new on his ceiling. Stars.

“Aiden! Oh my gosh! You put up stars. Are they the glow-in-the-dark kind? I love those! My little sisters had them all over the ceilings of their bedrooms.” I study them more and realize they aren’t just randomly scattered. They are in some kind of pattern. It’s hard to tell since they are sort of blending into the ceiling right now.

“Yeah, they’re in a pattern.” He taps his pencil on his workbook and says in an irritated tone, “You were the one who wanted to come here so we wouldn’t get distracted. Let’s focus on French. We have a lot to do.”

The Suicide Forest (The River Book 5) by Michael Richan
Steel My Heart by Vivian Lux
Tucker's Countryside by George Selden
Ibrahim &amp; Reenie by David Llewellyn
A Council of Betrayal by Kim Schubert
The Sanctuary by Raymond Khoury
Enchanter by Sara Douglass
I Almost Forgot About You by Terry McMillan
Starseers: Fallen Empire, Book 3 by Lindsay Buroker
Facing the Music by Andrea Laurence