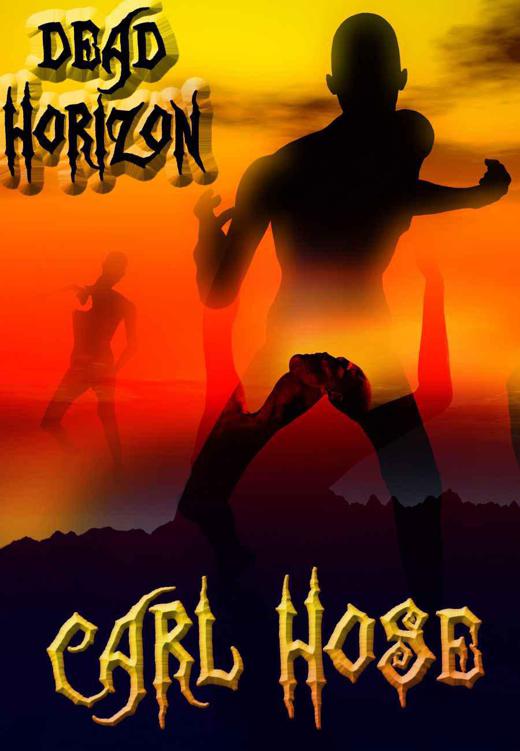 The Dead Are Coming

Dead and Living in Whitechapel

The Thing in the Attic

There Goes the Neighborhood

A Stitch in Time

Zombies have always been a favorite of mine. I can watch anything by George Romero over and over again. My wife and I spend hours playing
Left for Dead
and
Left for Dead 2
on the X-Box.

I never tire of the walking dead.

In an effort to provide a fresh (unlike many of the star characters in this book) and enjoyable reading experience, I’ve combined classic components of the zombie mythology with story premises not typically found in zombie tales. The result, I think, is a collection that will surprise and entertain even those who may not particularly care for the walking dead

In this collection, you’ll find a zombie-flavored take on the Jack the Ripper myth in
Dead and Living in Whitechapel,
an Edgar-Allan-Poe inspired tale called
The Thing in the Attic,
and social, racial, and substance abuse themes in
Tax Cuts, There Goes the Neighborhood,
Born Again,
and
Line Em up
. There are twisted sexual themes in
Scoring, Scoring Too,
and
The Dead Are Coming,
as well as B-grade humor in
Zombie Shift, Toxic Shock,
and
A Stitch in Time.

There’s a lot more, folks, but you don’t need me to hold your hand. I’ll leave you to discover the rest of these decaying morsels on your own.

A girl ambles toward me. She must have been beautiful once, before she became one of them. Now her blonde hair is filthy with grave dirt and her complexion is like clay. She died young, I can see that much. Late teens, maybe early twenties. Judging by the ragged line I see around her neck, I imagine she met the wrong end of a knife. Maybe a jealous boyfriend went nuts and cut her throat for cheating on him. Maybe it was just some weird psycho in a dark alley. Those were the days, though, when all we had to worry about was your standard everyday psycho.

Shit ain’t that easy anymore. Not since the goddamn death plague.

I watch the chick make her way toward my cabin, stopping when she reaches the fresh dead body between us. You have to use some sort of distraction when you play the game. Scoring is dangerous without something to occupy the dead. I know people who try to score without the distraction, but it ain’t healthy, if you know what I mean.

The dead girl takes the bait. She’ll be easy, I can see that already. She kneels over the corpse and bends down to eat from the open wound in its stomach, pausing now and again to lick the blood from her thin, crusted lips. Her attention is completely focused. She won’t even know I’m there. I can score and be gone before she finishes her meal.

I’m careful as I walk toward her. The damn things can be a little testy sometimes. I pause every so often, making sure she keeps on eating. I walk right up to her. She watches me as I get a little closer, but she keeps right on digging through the bloody contents of the dead corpse’s stomach, stuffing intestines into her mouth like fresh sausage.

She’s wearing a dress. That makes it easier. Trying to get pants off the walking dead is hard work. Takes up a lot of your time, which don’t leave much left over for the actual score.

I’m the Scoring champ in my area, I ever tell you that? There’s a couple of guys I know ain’t too bad, but none of them ever came close to topping my record. I once scored twelve times in a day.

The dead chick is still occupied. I lift her dress and take down her dirty panties. She glances back at me real quick, like I’m a minor irritation or something. Mainly she just cares about the food in front of her—all that stringy, bloody meat dangling from her lips like spaghetti. I never kiss the walking dead. You don’t know where their mouths have been. Kissing is one thing a fella learns to live without nowadays, unless he’s got a steady,
living
chick he can turn to for such pleasures.

The zombie bitch has a surprisingly tight little pussy. Cold but tight. I stick my dick in and start to fuck her. Maybe it’s just wishful thinking on my part, but I swear she wiggled her clay-gray ass against me a time or two, like she was enjoying it, I mean.

I finish with my dead little slut just about the same time the corpse she’s feeding on opens its eyes. That’s what you got to watch out for with a fresh corpse. They’re dead one minute, next thing you know, you got the son of a bitch coming after you.

I go back to my cabin and fetch my shotgun. I shoot my little fuck friend first, then I blast the other one. Get them in the head and you can be sure they stay dead. Once you do that, you want to burn the bodies for that extra bit of assurance. I fetch a can of gasoline from the shed, douse both corpses, then toss a match and watch them turn to ash. That’s all she wrote.

Back in my cabin, I shut the door and throw the bolt. I’m safe here. The windows are covered with thick pieces of wood and layered with scrap metal. Those things aren’t very strong. Sometimes at night, they scratch and push at the door, but they ain’t got the strength to get through my barricade. It’s annoying, but I’ve learned to live with it. Used to scare hell out of me, but I take it in stride now. They eventually give up and wander about their business.

I stoke the fireplace and pour myself a shot of whiskey. I still got a lot of good whiskey left, thank God.

I feel good. I always feel good after I score.

I didn’t use to do it, you know. Thought it was a disgusting sport first time I heard of it. Screwing dead things just didn’t seem proper, even if they did move around. Times change, though, and a man has to make some serious choices. Things are too crazy now, what with zombies being the dominant species and all. It’s hard to find a live person to fuck, and to be honest, not really worth the effort. I’d just as soon stick my dick in some walking corpse and be done with it.

Once I realized this was the way it was always going to be, I decided to try scoring, and hell, I been hooked ever since. Like I said, I’m the best there is in this neck of the woods. Scoring truly does relieve stress. Everybody seems to be doing it these days, sort of like a national pastime. Maybe even worldwide, I don’t know.

I ain’t much of a traveler. About the only time I go out is to score. Other than that, I’d just as soon stay in my cabin and drink my whiskey. It’s too goddamn insane out there for me, if you know what I mean. Back before I got into scoring, I used to jerk off a lot. Still got a couple magazines left over from when life was normal, and I break them out now and again, just for old time’s sake.

That first time I scored, ahhh, the memories. They say you never forget your first. Mine was a cheerleader. Found her wandering the streets in town. She still looked pretty damn fresh. She couldn’t have been dead more than a few hours.

I watched her amble over to a dead dog and start feeding on it, chomping on the guts, down on her hands and knees, her pretty little face buried in its stomach. Seeing that ass all raised up like it was, I couldn’t resist. I was scared as hell, but I went for it. I snuck up there and yanked her little white panties down. Started doing her. Just like that, I got me a piece of that chick, and believe me, it felt good.

Submissive babes. The walking dead give that concept a whole new meaning. They don’t complain. You can fuck them all night if you want, long as you keep a lot of distractions on hand.

Something catches my attention outside. I think it’s one of them. Wait a minute, I hear a voice. A female voice. She’s calling for help.

I go to the door, slide open the peephole, and look outside. Sure enough, there’s a woman out there, standing on my porch, banging at the door in a panic. She’s glancing over her shoulder, panicked because a couple of rotten corpses are coming her way. I throw the bolt, open the door, and drag her inside. She throws her arms around my neck and sobs against my shoulder, thanking me profusely.

My cabin is in the mountains, away from everything. I wonder what brought this girl to my door, then decide I don’t really care. I’d rather think of it as a gift from the gods.

I offer her whiskey. It’s all I have, and she seems to be grateful for it. She’s a bit calmer after she drinks some.

One of the dead things starts scratching at my door. The girl panics again. I tell her they can’t get in, which calms her down a little. She relaxes and asks how she can ever repay me.

Thought I’d like it, having a live girl around and all. I figured it would be nice to fuck something that fucked back. I especially looked forward to feeling a soft, wet mouth on my dick again.

It was at first, believe me, but the honeymoon is over. The girl talks too much. Mostly bitching. I can’t stand it. I mean, the dead ones never talk back. That was part of the pleasure.

The rats are gone now. Zombies like to snack in between meals. There’s only one use for the poison now. She’s sitting in my cabin.

The Dead Are Coming

While Wyatt desperately shoved fresh rounds into his pistol, his buddy Billy Ray sighted a .357 magnum and fired off a round. The bullet smashed a hole between a zombie’s eyes and exited the back of its head, carrying with it a shower of dead gray matter.

Wyatt got his .45 loaded and spun into action, facing a lumbering creature that came at him from his right.

He squeezed off a round that caught the dead thing in its right eye. The zombie stumbled backward and fell.

Billy Ray reloaded, sighted in on a dead waitress, and squeezed off a round that nearly took her head off her shoulders.

“Looks like she might’ve been cute, back when she was alive,” he said.

“Stop thinkin’ with your dick and focus on the job, will ya?” Wyatt said, quickly dispatching another of the dead things.

They worked diligently to mop up the mess around them. Barely fifteen minutes went by before they’d wasted thirty zombies.

“Miller time,” Billy Ray said, nodding at a bar across the street.

The bar was deserted. A lot of places were deserted these days. People were afraid to leave their homes, even to go to work. Wyatt and Billy Ray helped themselves to a couple of warm beers.