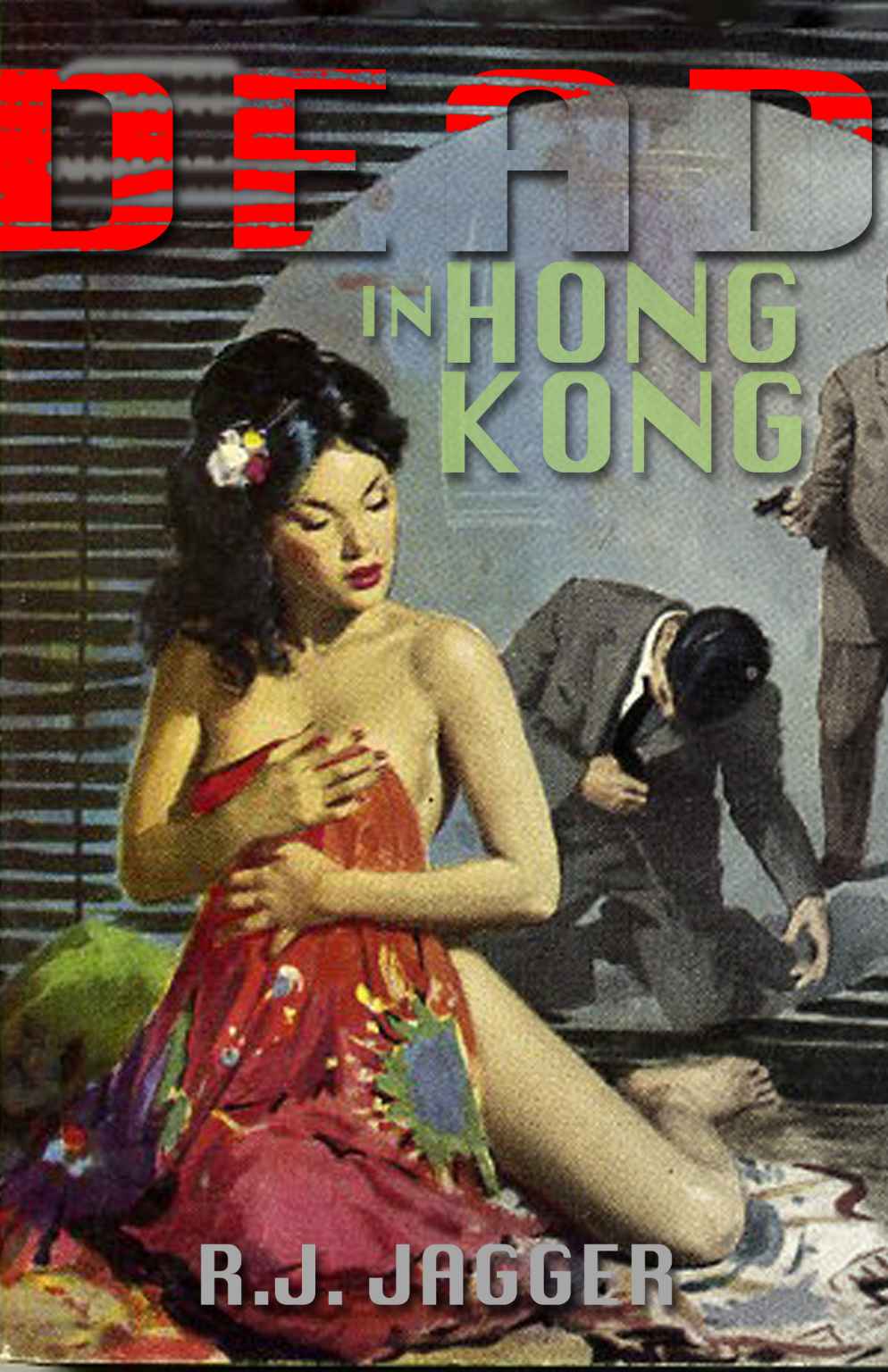 Praise for the thrillers of

“The pacing is relentless
in this debut, a hard-boiled novel with a shocking ending…  The supershort chapters will please those who enjoy a James Patte
r
son-style page-turner.
”

“The well-crafted storyline makes this a worthwhile read. Stuffed with gratuitous sex and over-the-top violence, this novel has a riveting plot …”

“Creative and captivating. It features bold characters, witty dialogue, exotic locations, and non-stop action. The pacing is spot-on, a solid combination of i
n
trigue, suspense and eroticism. A first-rate thriller, this book is damnably hard to put down. It’s a tr
e
mendous read.”

“Part of what makes this thriller thrilling is that you sense there to be connections between all the various subplots. The anticipation of their coming together keeps the pages turning.”

Every book by R.J. Jagger is a standalone thriller.

R
ead
them
in any order.

To Kill A Lawyer

A Way With Murder

All rights reserved.  No part of this book may be reproduced in any form or by any means, electronic or mechanical, including photocopying, recording, or by any information storage and retrieval system, without permission in writing from the author, except where permitted by law.
This is a work of fiction. All of the characters, businesses, companies, entities, places and events in this book are fictitious
or are used fictitiously
. Any similarity to real persons (living or dead), businesses, companies, entities, places or events is coincidental and not intended by the author.

NICK
TEFFINGER
, the head of Denver’s homicide unit, drove home through a dark night in the middle of a nasty thunderstorm. The wipers swung at full speed and still couldn’t keep up with the slop. Duran Duran’s “Rio” came from the radio, loud, the way it was supposed to be.
Teffinger
sang when the chorus came up, barely able to hear his own 34-year-old voice. Ten minutes later when he turned into his driveway, something strange happened.

The headlights swept across a pe
rson sitting on the front steps, i
n the weather.

He stopped the vehicle in front of the garage, killed the engine, studied the figure for a heartbeat and then swung his six-foot-two frame out. The storm assaulted him immediately, almost horizontal, squeezing into his eyes
and sucking at his breath
.

The person turned out to be a woman
, a
n Asian woman
, v
ery attractive even in her battered state.

She stood up and shouted over the weather, “Are you
Nick
Teffinger
?” The words were in English with a foreign accent.

He saw no car on the street.

She had no purse in her hands.

INSIDE, HE GOT A BETTER LOOK AT HER. She was hypnotically beautiful, about twenty-eight, five-five, in nice shape, with green eyes and thick raven hair halfway down her back. She wore jeans and a black T-shirt, both of which dripped freely onto the tile.

“We need to get you dried off,”
Teffinger
said.

She cocked her head.

“Don’t you want to know who I am first?”

TEFFINGER
GAVE HER A LONG-SLEEVE SHIRT from his closet, pointed her to the bathroom and said, “I’ll be in the garage when you’re done. Whatever you do, don’t look under my mattress.” He was sitting in the dark behind the wheel of the ’67 Corvette, drinking a Bud Light and watching the storm through the windshield, when she showed up. Her hair was still wet but combed.

She got in the passenger seat.

He handed her a glass of cold white wine.

“This is my favorite thing in the world,” he said, “watching a storm from right here.”

Lightning arced across the sky as if to prove it.

D’Asia took a swallow of wine and studied him.

“So how long were you sitting out there in the rain waiting for me?”
Teffinger
asked.

“I’m impressed,”
Teffinger
said. “I’ve had people wait for me that long before, but they were always someone I owed money to. I don’t owe you money, do I?”

“So who are you d’Asia and what’s going on?”

SHE TOLD HIM she was a model from Hong Kong. Someone had been following her for the last week or so. She didn’t know who or why but was absolutely convinced that she had been targeted for a hit and that the execution date was here. She had a feeling that the source was someone wealthy and influential and powerful, but couldn’t point to any specific, concrete facts to support it.

The tension got to be too much.

She had to get out of the country.

She flew to the states, t
o Denver to be precise
, t
o see
Teffinger
to be even more precise.

“Nothing if you don’t want to,” she said. “It’s just that Billy Shek said you’d probably help me, if I asked.”

“I never heard of him,”
Teffinger
said. “Who’s Billy Shek?”

“I don’t know any photographers from anywhere,”
Teffinger
said. “Much less Hong Kong.”

“Well he knows you,” she said, “or maybe he just knows of you. I’m not real clear on it, now that you say you don’t know him.”

“Does he go by any other name?”

She shrugged and didn’t know.

Teffinger
drained the rest of his beer and cracked open another one. “So what is it that you want from me, exactly?” he asked.

“Well, you did fly halfway around the world and then sat out in a storm,” he said. “I guess that entitles you to something.”

“Does that mean you’ll help?”

“Yeah. You have my promise.”

Then said, “I didn’t expect you to look like this.”

Instead she leaned over and brought her mouth to his, dangerously close. The warmth of her breath filled his senses. Then she kissed him. He immediately knew his life had just changed. How far and how big, he couldn’t tell.

But a change had come.

TEFFINGER
KNEW HE SHOULDN’T FALL IN LOVE with this mysterious woman. She was from Hong Kong. He wasn’t. There was a lot of earth between them.

That was a problem for tomorrow.

Right now, this second, there was no earth.

Right now, she was leading him by the hand into the bedroom. The weather raged against the windows. “You don’t have to do this,” he said. “I’m not looking for payment.”

“You think this is for you?”

She took him
, s
lowly at first
, u
ntil he took her back
—turning
her into an animal
, a
sweaty animal
, a
sweaty out-of-control animal who flung her hair wildly and screamed incoherently in Chinese. Then
Teffinger
laid back
, e
xhausted
, i
n awe.

Then he closed his eyes, just to rest them for a second.

SOME TIME LATER, which could have been ten minutes or three hours, a strange noise wrestled him out of a deep sleep. He kept his eyes closed but let himself wake up just enough to focus. The storm hammered the house and rattled the windows.

Above that, he heard nothing.

He rolled over and reached for d’Asia.

He felt only covers.

Then the strange noise came again, this time with a crashing vibration. He opened his eyes just as lightning ripped across the sky. Two figures were on the floor in a desperate struggle.

He jumped out of bed and flicked on the lights. What he saw he could hardly believe. D’Asia was on the floor, on her back. A woman with blond hair was on top of her, trying to force a knife into her face.
Teffinger
took two steps towards the attacker and then lunged through the air.

Instead of reaching her, he fell short.

His forehead caught the edge of the bed and exploded with pain.

His body crashed to the floor and landed on his shoulder.

He muscled up, desperate, and managed to swing an arm at the attacker before everything went black.

HIS FIRST THOUGHT when he came to was that no one had killed him while he was passed out. The lights were off and the room was dark. A motionless body was on the carpet next to him.

The Wild Wolf Pup by Amelia Cobb
My Beloved by Karen Ranney
InBedWithMrPerfect by Heidi Lynn Anderson
A Love to Call Her Own by Marilyn Pappano
The Mystery of the Black Raven by Gertrude Chandler Warner
Give In To Me by Lacey Alexander
Dreamology by Lucy Keating
Against The Wall by Byrd, Rhyannon
UnRaveled by K. Bromberg
The Pleasure Quartet by Vina Jackson