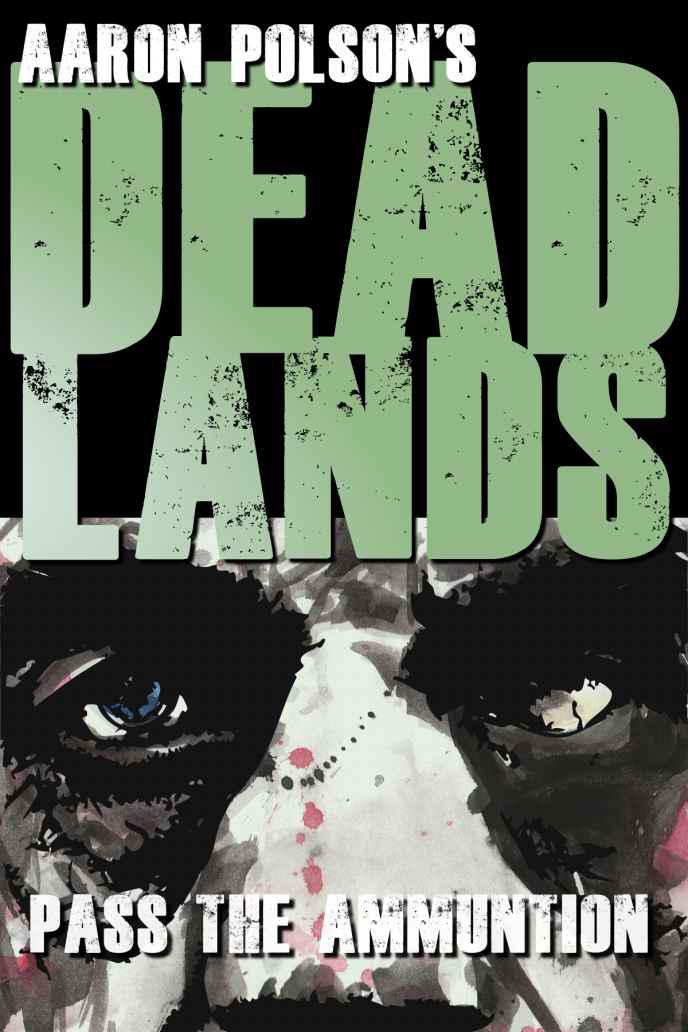 Part I: The Twenty-Nine Shells

Part I: The Twenty-Nine Shells
Chapter 1

The biters were out there, gathering. You could smell them on the morning breeze, a rank stench like rotten meat, dog shit, and all the sour milk you’ve nosed in your life. Mack and I were perched on the south tower, pulling watch duty, and the sun had just hit the edge of the trees.

“Beautiful sunrise,” I said, pointing Dad’s shotgun to the east.

“Beautiful my ass.”  Mack scratched his stubble with a makeshift blade he’d fashioned from a paper cutter, one of those big-ass art style ones from any school in America. “I smell the flesh bags. A whole mess of them.”

I rubbed a hand against my pant leg. If the flesh bags were coming, they’d come in a big bunch. Nobody I’ve stumbled across has enough brains to explain it, but they always attacked in groups, sort of like they waited until the whole lot got whipped into a frenzy and went wilding together. Folks from camp had seen a few on the hills and out on U.S. 81 earlier in the week, but by themselves, they’d never stagger our way. In a mob, they were deadly.

The gun sagged in my hands. “Today?”

“A whole mess of them. You got that pea-shooter loaded?”

After my brother Charlie died, I made sure I found ammunition—looted a Wal-mart with Mack and a guy we called Ghost before looting became a useless gesture. We were headed north, somewhere it was too cold for the bastards.

Mrs. Phelps made us do a little writing project in 10
th
grade English about what kind of junk we’d grab if our house was on fire. Phelps was older than both my folks put together. Even her wrinkles had wrinkles, but you won’t see anyone that old anymore. They can’t run fast enough. They can’t swing a bat or sledge hammer hard enough to crack a zombie’s skull. Most kids wrote down inane shit like family photos or their Chihuahua. I think I wrote about my brother’s
Playboy
collection. That was a different life.

If I’d known what I know now, I’d have written about the importance of ammunition. Nobody in class said they’d grab the family shotgun and a case of shells. I sure as hell would. I’d get to the Wal-Mart before the shit really broke loose and dump the whole hunting season display in my cart. A bunch of meatwads killed my brother six months ago, gnawed the hell out of him while all we could do was run for lack of shells. My
Playboy
answer sounds pretty damn asinine, now.

Ammunition became scarce after the end of the world. I only had twenty-nine shells.

I figured it would be the thirtieth flesh bag that’d get me.

These weren’t thoughts for a nineteen-year-old, but I guess you grow up fast when every minute each day is about surviving. You grow up, even if you don’t. I’ve watched rot-faced flesh bags chew off a guy’s arm. The last time I saw my sister, she was coughing blood. I don’t know how long my parents survived.

Mack and I made were holed up in a compound in south central Nebraska—what used to be Nebraska. Some signs still called it Nebraska, but that was the old world, the world before the end. We were Kansas kids, but it’s all the same now. Kansas, Nebraska, Florida, bum-fuck Egypt. All the same. Mack’s real name was Greg Mackey, and he used to live on Yuma Street in Manhattan. We both went to Eisenhower Middle School and later played ball at Manhattan High. He played middle linebacker and fullback, all league in both, and really tore shit up.

Mack was all-muscle, pissed at the world, and if the number of giggling cheerleaders he bagged back then meant anything, hung like a donkey. It’s the kind of male-machismo garbage which made me want to puke back then. But I loved Mack like a brother—one of those real world ironic situations I guess. Mrs. Phelps would be proud of that if she wasn’t dead.

We kicked around lots of names for the zombies: flesh bags, meatwads, rotters, biters… Like Shakespeare wrote, “a rose by any other name,” but in this case the roses were dead and wanted to eat us. After the zombies and all this end of the world bullshit, I came to appreciate guys like Mack. A whole lot of us appreciated him. We needed heroes, guys who wouldn’t mind wading into a big mob of zombies.

They got wind of our compound about three months into our stay. The whole camp—about twenty-five, maybe thirty of us then—sat on alert ready to pop. It was a funny little place, that camp. We weren’t there for the original buildup, but those who were explained the site used to be a ranch of sorts, a day camp for kids with disabilities. Johnny and Maria could come to camp where-the-fuck-ever and ride a pony or play with pigs. Of the original outbuildings, only one small shed remained. The rest had been torn to bits and the bits—sheet metal, lumber, and the like—resurrected as a walled village. Folks
explained how they gradually increased the space of the place after the heavy fighting went down, adding a sizable garden for potatoes and veggies. Each corner of the compound, and the corners aligned with the four cardinal directions, sported a little lookout platform. Mack and I manned the south tower on the early shift every other day.

Everybody had to pull their weight in the camp.

If you didn’t pull your weight, it was outside the wall with you, an appetizer for the dead.

I tried to make myself useful, even though I wasn’t much use.

There were a couple kinds of folks in the new order. You had your fighters, like Mack and me, but I wasn’t much of a fighter. I’d only ended one flesh bag, and that was mostly a knee-jerk reaction and desire for survival. Guys like Mack did the work the rest didn’t want. They kept the meatwads away from the kids, elderly, and pregnant women and all that. Not that many elderly survived the end. Like I said before: too slow. They risked their necks and asses so some of us could play pretend like the world hadn’t gone to shit.

In fact, most of the fighters were kind of dumb.

Take Mack for instance. His hunch proved right about the flesh bags that morning. The sun hadn’t touched noon, and a whole horde of them, a staggering lot like grey masts of sunken ships in a green sea, poured from the trees. Shouts from the other posts alerted us. It’s not like the walking dead had any kind of strategy except some vague “strength in numbers” crap. That morning, there were probably thirty of them. I never counted. They dragged their sorry, rotting carcasses toward the walls of the compound and set to pounding and climbing like they could knock it over. I’d close my eyes some nights and hear that sound,
doom, doom, doom
, the sound of fists hammering against corrugated metal.

Mack looked at me, gave me this little smirk.

I didn’t need telling. From the platform, my sixteen gauge wouldn’t have but riled them more with a peppering of shot. Twenty-nine shells and counting down, I wasn’t willing to waste anything. I wasn’t much of an aim, either, but I played like I was. Everybody needed to be valuable. Mack had an old deer rifle with enough cartridges to wreak havoc, but he wasn’t a ducks in a barrel kind of guy. He had different plans. Fate had different plans.

Fate would make him a hero that morning.

Mack straightened the rag-fuses on a couple of cocktails—glass bottles filled with flammable liquid. We all had some in the watchtowers, and they worked pretty well against the mob. They stank of kerosene, and the stench would stick to your skin if you weren’t careful when filling them.

“Here we go,” he said. His sliver lighter flicked to life, and the orange flame danced. He touched it to the first rag. With a tiny grunt—Mack always grunted when he threw, kind of like the noise he’d make tackling a guy back in high school—he launched the cocktail. The only way to drop a dud was to miscalculate the force of your throw and end up with an intact bottle and smoldering rag. From our height, maybe twelve feet off the ground, we never had that problem. Mack’s bomb sprayed yellow tendrils of flame through the middle of the crowd. Flesh bags groaned and lurched.

He nodded. “Sometimes I get tired of all this waiting around bullshit. Now comes the fun.”

Mack hoisted a leg over the platform and clambered toward the top of the wall. For a moment, he teetered only a few feet above the heads of the flesh bags. He clutched his cutting blade club in one hand and steadied himself with the other. Brave? Crazy? Maybe both. I tried to cover him from the perch, but the meatwads would laugh at a shotgun blast from that distance, and I’d probably hit Mack. I couldn’t really do anything should his gamble fail.

Mack had a charmed life. He leapt into the black circle and started swing his blade, squashing meatwad melons like we used to hit mailboxes on the county roads back home. Some of the poor bastards were still on fire. Others lunged at him only to have the remnants of their smoldering bodies pummeled into steaming pulp.

A couple other guys, Lennie and Rex, followed Mack.

Lennie, another ex-high school jock, wore his jersey when on guard detail. It had seen a good bit of action, both before and after the end. The jersey used to be jet black, number 82 with orange stripes circling both arms. Now, it was worn and dirty, more grey than black. The top half of the number eight was missing on the back, and several tears showed his red t-shirt underneath. Lennie would bite the ear off a dead man if the dead man didn’t bite first, and a jagged scar zig-zagged his face, crossing his nose in a pale pink line to show how tough he was.

Nobody knows where Rex came from or even his age. He could have been twenty-five or forty. He wore his hair shorn close to his scalp, but the poor bastard used the same dull razors the rest of us did. Those razors caused most of us to wear beards, or what would grow of one. Mine never got past limp stubble. Tiny scars and scabs covered Rex’s skull. The lack of hair made his eyes look bigger, big and pale like a set of saucers. They were grey, those eyes. I never believed such a thing, that a person’s eyes could be grey, but I couldn’t deny it on Rex.

Rex and Lennie were fighters, too, dumb enough to kiss death on the lips but stupid enough not to care if death slipped in her tongue.