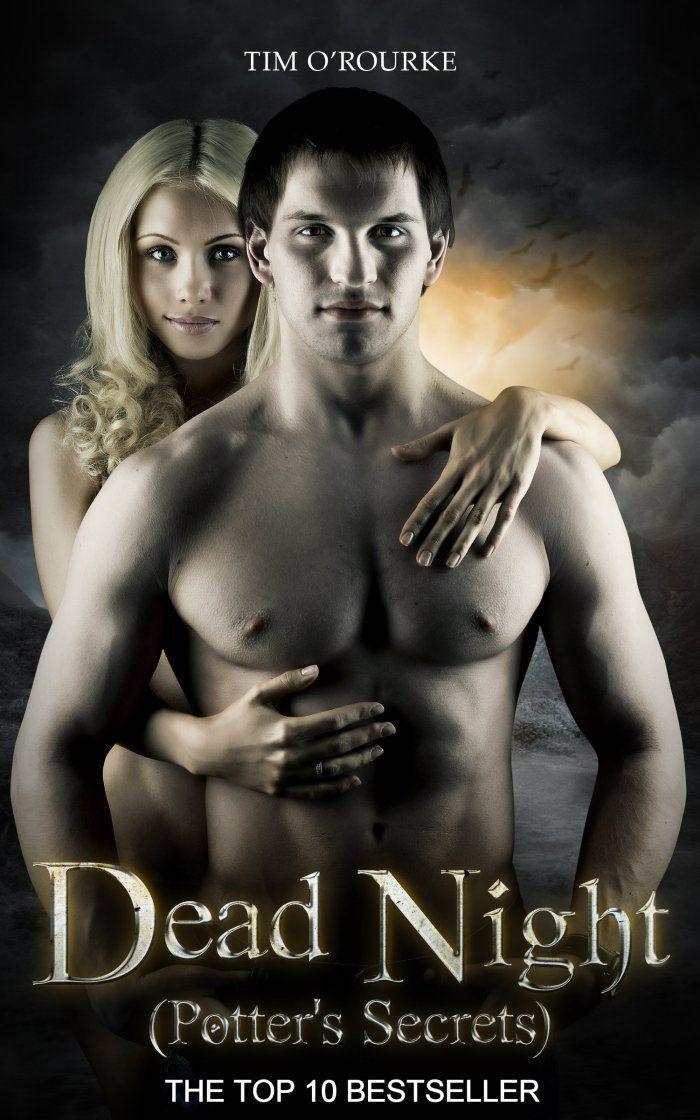 Copyright 2012 by Tim O’Rourke
Kindle Edition
This book is a work of fiction. The names, characters, places, and incidents are products of the writer’s imagination or have been used fictitiously and are not to be construed as real.

Any resemblance to persons, living or dead, actual events, locales or organisations is entirely coincidental.

This ebook is licensed for your personal enjoyment only. This ebook may not be re-sold or given away to other people. If you would like to share this book with another person, please purchase an additional copy for each recipient. If you’re reading this book and did not purchase it, or it was not purchased for your use only, then please return to Amazon.com and purchase your own copy.

And The Potter Fans!

I wrote this book for the ‘Potter’ fans and it’s my way of thanking all of you for following Kiera and Potter as they try to figure out why the World has been pushed. Without you guys there wouldn’t be a story as there would be no one out there to read it. So thank you.

However, I just wanted to take this moment to thank someone else, who if I didn’t have working away quietly in the background, these stories wouldn’t be possible. That person is my wife Lynda and she puts up with a lot. She gives me the time to write. But not only that, Lynda is my fiercest critique. I call her my ‘Hacker’! Lynda is the person that reads the stories I write before anyone else and she is brutal. For such a quiet lady, she sure knows how to voice her opinion when it comes to the stories that I write.

I remember while working on ‘Vampire Hollows’, I spent eight hours one Sunday writing, and in that time I produced about 6,500 words.

Feeling happy about what I had written, I gave it to Lynda to see what she thought of it. She handed it back to me with her thoughts written down the margin. Some of these thoughts included the phrases.
“Tim, this is shit!”, “Tim, are you
on acid?”, “Tim, this isn’t good enough!”
In fact, the whole days’ work was edited out of the book. I sulked like a big kid at first. And I think we even had a crossed word or two – but the thing is, Lynda was right. Those 6,500 words did slow the story, they weren’t relevant and did have to go.

Lynda gets rid of the flab (and I’m not talking about my waistline!). She gets rid of the excess and keeps me in my place. Over the last year, Lynda has ‘hacked’ thousands and thousands of words from all of my books and I think I will add a new section to my website so you can read what was taken out.

Not many people know this, but I was actually going to kill Potter off at the end of Kiera Hudson Series One – but Lynda said that if I did she would divorce me and there’s a little bit of me that believes she would have (I think she loves Potter more than me!) I never tell her what I’m going to write, or about any of the twists that I’m going to work into my stories, so when Lynda read the part where Kiera’s mum ripped out Potter’s heart, I was getting really dreadful looks from across the room. But I knew what was coming, so I wasn’t heading for the divorce courts – not just yet anyhow!

Thanks Lynda for everything and for saving Potter!

Hallowed Manor spiralled away beneath me. I disappeared into the clouds, and I was glad that I had lost sight of that building - and Kiera, too. I loved the girl, but she drove me half-crazy most of the time. How could someone so beautiful be such a pain in the arse at times?

With the wind rushing over me, I banked left and sped away. It felt good to be flying again – doing what I was meant to do. I couldn’t be stuck on the ground for too long – that was another thing that drove me fucking nuts. Since coming back from the dead I felt...I dunno...how did I feel? That was the problem. My head was a shed and I couldn’t think straight. It didn’t help that I’d been trapped like a caged animal in that manor for the last six weeks or so. I’d had to listen to Kayla’s whining, Isidor’s stupid comments, and then there was Kiera. What was her problem? Not for one moment did I think coming back from the dead would be like living in an episode of the Walton’s – but Kiera had gone cold on me – shoved me aside.

I’d really hoped that now that Luke was dead, we would have become closer. But we hadn’t. It felt as if we were growing apart. But the thing that really pissed me off was that feeling I had inside again. Those gut-wrenching feelings I had felt when Sophie had told me to fuck off. That feeling as if I wasn’t any good – a monster, a freak. Maybe I was? But I hadn’t expected Kiera to go cold on me and that hurt more than Sophie’s rejection. Sophie was scared of me because I was a monster beneath my flesh – but Kiera was like me – well, almost. She was a monster too – so having her turn her back on me at night, roll away to the furthest corner of the bed, pissed me off.

To lie next to Kiera and not be able to have her drove me insane. And it wasn’t just a sex thing, to be close to her, to hold her in my arms, to feel her soft black hair against my chest, had made coming back from the dead liveable. I felt that with each passing day, Kiera was growing further and further away from me, and I didn’t know how to hold on. And she was keeping secrets, too.

The cracks – yes I had seen them as I spied through the gap in the bathroom door one morning a few weeks ago. I watched her strip naked and I had to stop myself from kicking the bathroom door open and grabbing hold of her. But, it was as I wrestled with my cravings for her that I saw those cracks appear in her skin. I had seen some weird stuff, but nothing like that. Her skin had turned old-looking, like it was covered in a web of wrinkles. Kiera’s soft white skin had turned grey – the colour of stone. She looked like an ancient statue that had been left standing for hundreds of years in the baking sun. Her skin looked dry, cracked, and as rough as sandpaper.

Before Kiera caught me spying at her through the gap in the door, I had sneaked back to bed and pulled the sheet over me. I didn’t want her to know that I had been spying on her – she would have made me pay for that. But, with the sheet over my head, I wanted to shut out those images of her. They reminded me too much of that statue I had seen in the grounds of Hallowed Manor.

And where in the freaking hell had that come from? What was it? Was it really a girl made from stone who was somehow moving around the grounds of the manor when not being watched, like Kiera believed it to be? The world had been
pushed
– but that was taking the piss.

The world wasn’t the same one we had left. We had come back to one that was similar, but different. I understood Kiera’s desire to want to find out why we had been brought back, but running around the place like Miss Marple on crack wasn’t the way. The only way to find out what had happened to the world while we had been dead was to leave the manor and
push
back.

With no sense of direction as to where I was heading, I drifted through the clouds. My wings stretched out on either side of me, and the need for the red stuff was that one constant itch that I just couldn’t quite scratch. Lot 13 helped – but not much. There was nothing like the real stuff. How long I could keep going on that pink shit Ravenwood had dreamt up, I didn’t know – but either way, it was soon going to run out. Kayla and Isidor were drinking it like it was going out of fashion. And what happens once it’s gone?

Another reason to
push
back - and fast. But where would I find the answers? I didn’t know anyone in this world anymore. I’d only really had one true friend and that had been Murphy, but he was dead now.

I circled in the air, the clouds dampening my skin and hair. Everything seemed so quiet up here. It was the peace I had been looking for. I’d had plenty of time to think lately, sitting alone by the fire in the gatehouse; but away from the manor, my thoughts seemed clearer somehow.

The gatehouse had become my hiding place away from the others. It was where I sat, smoked, and looked into the fire. I thought of my past life and wondered why the Elders had brought me back from the dead. Sometimes, as the fire hissed and spat in front of me, I felt like screaming over and over again. The crazy stuff about the world being pushed I could take to be honest. I couldn’t give a rat’s arse what Disneyland was now called – but I knew things ran deeper than that and if I needed any proof of it, I thought of Kiera standing alone in front of that mirror – her flesh cracked and smashed-looking.

“You are an angel now, Sean Potter,” the Elder had whispered from the blackness.

“Potter,” I whispered back, feeling totally disorientated and hung over. “People call me Potter.”

“Gabriel is your new name,” a voice had said, and this time it was different from the last – a different Elder. In the Dust Palace, their voices had sounded like kids, but here, in the utter blackness, their voices were deeper, rasping, and old-sounding.