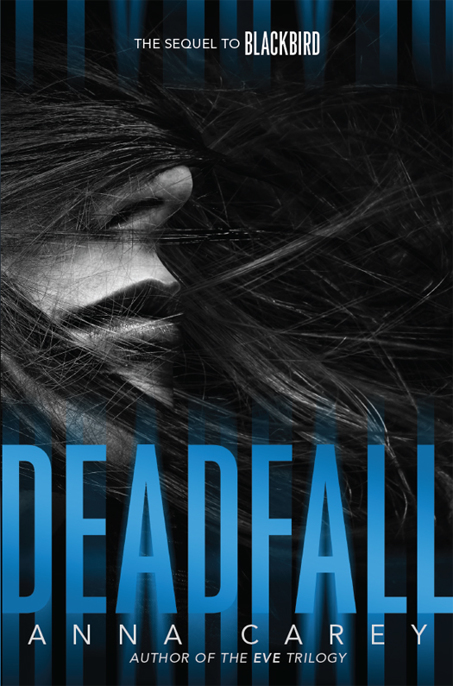 To my students at CJH

“THE TRAIN TO
Chicago will begin boarding in five minutes,” an announcement says. A few people get up, some dragging bags behind them.

Across the aisle you notice a homeless guy curled up, sleeping beneath three of the seats.

“What are you doing under there? You’re blocking the path!” A man leans down and picks up his bag, mumbling something under his breath.

The guy pushes out from beneath the seats, grabbing a pack from the floor beside him. He brushes himself off and stands. Then he turns his face up, trying to catch sight of the board. His eyes meet yours, and you are suddenly the only two people there. They’re
his
eyes—brown, liquid, and warm. The two freckles on his right cheek. His hair is longer, covering his brows, but you’d know him anywhere.

The bottom of his shirt is ripped. His pants are covered with dirt. You look down at his right wrist and you can see it, peeking out behind a plastic watch: his tattoo. A symbol and a series of numbers. Just like your own.

You pull back the leather wristband, showing him the tender skin on the inside of your wrist. You hold your hand so no one else can see.

Then he smiles. You can barely breathe, you feel so much for this person, this stranger, this boy from your dreams.

“I thought you were dead. When you didn’t show up—”

He startles, surprised, and looks into your eyes. His irises are flecked with gold. In the memories from the island, his head was shaved. Now his thick black hair has grown in. He takes a step back. “It never came back for you?”

You tense under his gaze. “It’s coming back,” you say. “But only in pieces. Dreams . . . flashes. You can remember everything? Even from before?”

“It began that way for me,” he says. “Then memories started blending together. It got easier to connect things.”

You want to know more, but you can’t help scanning the train station. Two men in their midforties sit across the main corridor, staring up at the board with the track numbers. It
only takes a second before one notices you looking at him.

The boy turns to the board. “When’s your train?”

You give him a look, unsure whether you can trust him. Instinctually you feel you can, but after the last two weeks you can’t be sure. You trusted Ben—the boy who helped you the day you woke up on the tracks, alive but with no idea of who you were or how you got there. You became friends, then more. He was ready to run away with you. But it was all a lie—the whole time, he was just setting you up.

Half your attention is still on the crowd. You adjust your pack, double-check that the bracelet covers your tattoo, that the scarf hides the scar on the side of your neck.

You nod, and take off toward the platforms.

A line is roped off, an attendant checking tickets. You hand him yours and stare off to the side, pretending to be distracted by a little girl playing in the seating area. Out of the corner of your eye, you see the men get in line. The
attendant scans the barcode and you hurry toward the train.

You don’t check behind you to see whether the boy is there. You continue straight, letting yourself get lost in a large group of teenagers, some in red sweatshirts that read
JEFFERSON HIGH
. You wait for the two men to pass. It doesn’t seem like they were looking for you, but it’s impossible to be sure.

Less than two weeks ago, you woke up on the subway tracks in the middle of Los Angeles with no memory of who you were or how you got there. Almost immediately after you woke up, you were on the run—people were trying to kill you. Little by little, pieces of your memory have started to come back, and you’ve tried to figure out what you could about the people after you. Now you know about A&A Enterprises—AAE—the organization that has perpetuated a sick game, allowing its members to covertly hunt humans, the ultimate prey. You are a target. You were branded with a code—the only way they identify you. Hunted first on an island in a far-off location, and then dropped into the middle of Los Angeles, where the game continued, your hunter tracking you through the city streets.

It’s been a few hours since you left evidence for Celia, your contact on the police force. You hope you’ve given her enough to put the case together. You hope by now she’s caught Goss, the hunter who was after you. But even if she has, they may have assigned you to someone else. Someone
could already be tracking you. As far as you know, the game doesn’t end until you’re dead.

You find car five and enter a long corridor with a series of doors. You bought your ticket with cash withdrawn from Ben’s credit cards: $450 for a seat to Chicago. But car five is filled with sleeping compartments with fold-down beds and sinks. The clientele looks wealthy. An older woman sits in the first compartment you pass, leather bag on her lap, gold sunglasses tucked in her coiffed hair. The man across from her wears a starched shirt.

The boy has somehow reached the compartment before you. He disappears several doors down. You linger for a few moments, studying the passengers as they put away the last of their luggage and slip behind sliding doors. Nothing seems off. No one has followed you. The train exhales and starts to move.

In the sleeping car, the boy pushes his knapsack under one of the seats. You squeeze in beside him, closing the door behind you. There are two chairs across from each other, a bed above. You stand by the narrow sink and look out the window. The platform rushes away.

“This whole suite is yours?” you ask.

“Yeah. I bought both tickets to be safe.” As soon as you set your pack on the floor he reaches for the window, pulling the curtain shut. The room dims.

“I’m good at a lot of things. . . .” He steps forward, bumping into you for a second, his head down. When you spin back he’s holding the roll of bills you carry in your front pocket. “But I’m
really
good at getting what I need.”

He passes the money back to you with a grin. You notice the knuckles on his right hand are scabbed over. Settling into the chairs, you face each other, knees an inch apart.

“Give me a reason to trust you.” Your voice is higher pitched, uneven. You hate that you sound nervous.

He leans in, his elbows on his knees. “You don’t think you can trust me? You need me to prove it?”

He looks up, points to the right side of your neck, where your scarf covers the scar. “It goes from the back of your right ear to just above your shoulder. It curves to the left a little in the center. You have a birthmark on your back, just above your left hip. It’s kind of shaped like a car.”

He waits for you to turn and check. You don’t need to. You know your birthmarks and scars inside and out, your body the only evidence you have of who you were before. “What else?”

“You don’t like to open your mouth when you smile. Your hair gets all frizzy on the top when it rains. When you’re scared, you do this thing where you pick at the skin on your thumbs. It’s kind of gross.”

You can’t help it. You laugh.

He smiles again, his dark eyes never leaving yours. “Good. You should.”

You’d imagined this differently. You’d go to him and it would feel easy, comfortable, like it did in the dreams. But he is still a stranger. You’re still learning the low, uneven cadence of his voice. When he lifts one eyebrow, his mouth turns up at the side. It’s an expression you don’t quite recognize.

“When did we make our plan to meet up?”

“On the island.” When he says it his face changes, his eyes looking down and away.

“I was supposed to meet you?”

“In San Francisco, on the Friday of the second week . . . if we both made it that far. I remembered in time. You didn’t.” He pulls his other leg to his chest, creating more distance between you. His biceps shift under his shirt as he fiddles with the band of his watch, exposing the tattoo.

You think of the morning at the Greyhound station. You’d looked at the schedule on the electronic board above the counter. Chicago, New York, Austin, Las Vegas. San Francisco had stood out to you. Did you somehow know before you remembered? Were you trying to make your way back to him?

“Where in San Francisco? Why there?”

He stares at you, waiting for something . . . what? When he finally looks away he puts his head in his hands, his voice barely a whisper. “Lena . . .”

Your body goes cold. The name.
Your
name. There was a time when you wanted to know it more than anything else, and now you do. But it doesn’t bring up anything. There’s no association, no feeling. You repeat to yourself,
Lena, Lena, Lena
, but it sounds like any other word.

He is quiet, watching you learn this basic fact about yourself.

“How come it’s already happened for you and not me? How come yours came back already?” you ask. The questions hang there, in the air, but he doesn’t have an answer.

After a few minutes, he raises his head and pulls the curtain aside. The train has passed the city, the buildings climbing into the hills. “You don’t remember anything,” he says quietly.

His expression softens, and the start of a smile crosses his face. “Well, first of all”—he reaches out his hand—“I’m Rafe.”

“Finally.” You take it, letting him hold it there for a few seconds before pulling away. “A name.”

“We were on the island together.”

“I know that much.” You don’t mention the dreams—memories, you know now—that you’ve had since you woke up. His face above yours, his voice in your ear, his body pressed against you. You already knew about the two beauty marks just below his right eye. The scrape on his forehead, which is healing now, just a pink mark below his hairline. You were with him. You were in love with him.

He looks at your bare legs, the polished T-strap shoes you found. They’re not something you’d normally wear. You untie the scarf, suddenly conscious of how stupid it must look to him. He’s in a hoodie and jeans.

You don’t want to smile, but you do.