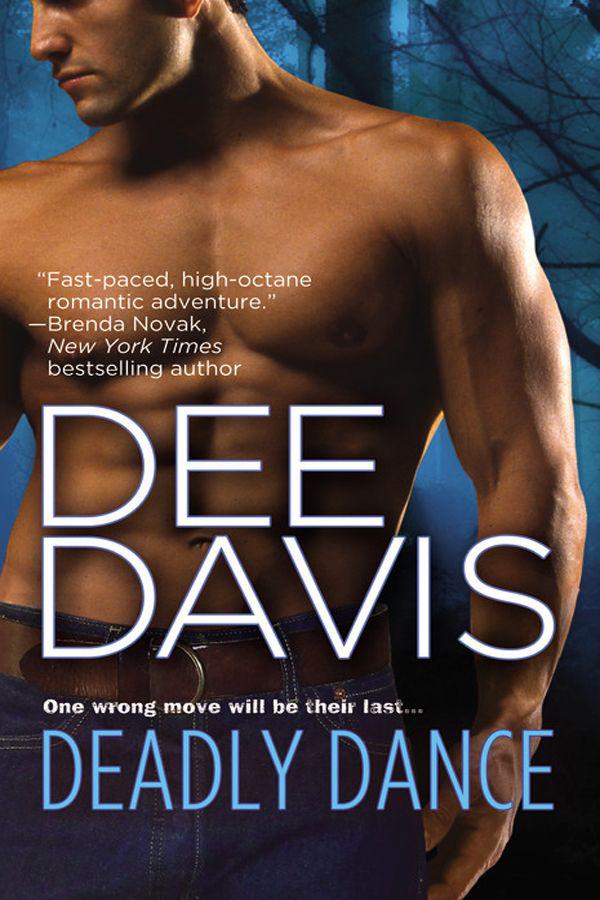 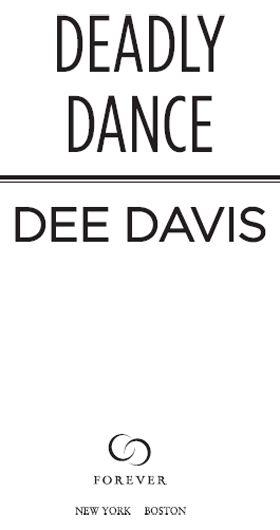 A Preview of
Double Danger

To my brother-in-law, John—the original inspiration for the A-Tac series. And to Harrison Blake, who refused to give up the idea of having his own book.

S
ara Lauter looked up from the textbook she’d been reading. The English Industrial Revolution just wasn’t holding her attention. Too many other things on her mind. She stretched and looked around the edge of her study carrel. The library was almost empty. Frowning, she checked her watch, surprised to see that it was so late. Almost midnight. The library would be closing in another couple of hours.

With a sigh, she closed the book and gathered her things. She had an early class tomorrow, and her professor wasn’t one to tolerate tardiness. Not that Sara had any intention of being late. She’d just have to set an extra alarm. Her roommate was going to love her.

“Hey, babe? You ready to go?” she asked, smiling over at her boyfriend, Anthony Marcuso. He’d been buried in a midterm paper on Keynesian economics. Everyone said the new Econ prof was a major hard-ass. And if this paper was evidence, Sara was inclined to believe it. Tony was spending every spare moment on the thing.

“I can’t,” he shook his head, his gaze apologetic. “I’ve still got three sources to verify. And I’m having trouble with the Internet in the dorm. So I’m afraid I’m here for the duration. Paper’s due at three tomorrow.”

“All right,” Sara nodded, reaching out to squeeze his hand. “I won’t waste any more time talking. But I’m beat, and I’ve got an early class, so I’m heading out. Meet you for breakfast?”

“Definitely,” he said. “And this weekend, we’ll celebrate.” He smiled up at her and as usual her heart melted. They hadn’t been dating all that long, but somehow, she knew that this was different. Something worth hanging on to.

“You can’t,” she shook her head. “Remember?” She’d lost her cellphone. Left it God knows where, and she hadn’t had the chance to replace it yet. “How about we just meet in front of the cafeteria at eight?”

“Perfect,” he said, his concentration still on his paper as she bent to drop a kiss on his tousled head and then swung her book bag over her shoulder.

“All right then, I’ll see you tomorrow.”

She waved at a couple of friends as she headed upstairs to the library’s entrance. Built into the side of a hill, most of the building was underground. Which was nice when it came to avoiding distractions. And also the terraced area outside the front doors was a favorite student hangout, with grass-covered hills on both sides making the perfect place to sit and watch passersby.

Outside, the night was crisp, the last remnants of autumn making her think of cider and pumpkins and flag football. Their dorm was currently in second place
in the intercampus league. Not that anyone took it that seriously. She pulled her coat closer as she started up the stairs leading to the quad. Passing the Aaron Thomas Academic Center, she noted a light on in an upper-floor window, a professor or grad student working late no doubt. Most students didn’t have after-hours access.

Other than the library, the campus was pretty deserted this time of night. Not that she minded. It was kind of nice to be alone with her thoughts. Although she wouldn’t have minded if Tony had been along. She passed the Student Center, darkened like the rest of the buildings, and smiled as she thought about their first kiss. Right there under the hanging oak. So called, because legend had it that some revolutionary figure or other had died there. But in modern times, the arching branches were the perfect cover for a stolen kiss.

Despite the fact that most of the buildings were closed, the campus was still bathed in soft light, the fixtures mounted high in the trees. So the squirrels could study at night, was the standing joke. Primarily an insult from the state school across town. But Sara had always found it funny.

Behind her, the bushes rattled, and despite the fact that she had made this trek almost every night since coming to Sunderland, she sped up the pace, suddenly fighting the feeling that someone was following her. She glanced over her shoulder, then sped up even more, her gaze moving automatically to the nearest blue light.

The security station was at the far end of the cafeteria building, the opposite direction from her dorm, but she knew there was another one at the edge of Regan Hall. And besides, she was being silly. Nothing ever happened
at Sunderland. It was one of the safest campuses in the state. Her mind was just playing tricks on her. As if to support the idea, the wind gusted, leaves swirling. She smiled to herself, turning the corner, the lights of Varsley Hall just ahead. There were three women’s dorms. Varsley, Regan, and Gallant. It was kind of old-fashioned these days to have single-sex housing, but Sara had always liked it.

And besides, there were always ways of getting around the problem if the need arose. Again she smiled, her thoughts turning to Tony, and the endless possibilities their relationship presented. She’d even phoned her mother to tell her that she might have met “the one.” A conversation that hadn’t gone particularly well, her mother being convinced that marriage before thirty would be a mistake.

The sound of footsteps broke through her reverie, nervous energy pushing her to move even faster. It was probably just another student, but it was always best to be careful. Off to her left, she could see the shadowy outline of Regan and the faint glow of the blue light. Maybe a hundred feet.

She shot a glance behind her, but there was no one there, the empty sidewalk only serving to ratchet up her worry. Still, there was no point in panicking. She tightened her hold on the book bag, thinking that as weapons went, it probably wasn’t lethal, but her biochem book was at least three inches thick.

She reached in her pocket for her keys, wishing she hadn’t put off replacing the damn phone, but she hadn’t
wanted to tell her father. He sort of went ballistic when she lost things. Which, unfortunately, happened a lot. Anyway, she’d definitely take care of it tomorrow, first thing.

The night had grown eerily quiet, but she was only a short distance from the back porch of Regan now. Two minutes and she’d be safely inside. She pulled out her keys, relaxing a little, and then something hit her. Hard. The keys went flying, and a man’s arm clamped around her shoulders, his gloved hand covering her mouth as she opened it to scream. Twisting and kicking, she tried to pull free, but he was strong, and a sickly sweet odor filled her nostrils, making her feel woozy.

Panic crested, along with adrenaline, and she rammed her elbow into the side of her attacker, but he was too strong, and the drug was taking effect. She tried to hold her breath, but even that was too much effort. She felt her strength ebbing as her vision started to cloud, and her last thought was of Tony.

Y
ou guys picking me up all right?” Hannah Marshall asked as she adjusted her short skirt, pulling it firmly down.

“Coming through loud and clear,” her boss, Avery Solomon, replied, his voice crackling in her earpiece. “You all set?”

“Good as I’ll ever be,” Hannah said, sucking in a fortifying breath as she walked across the street toward the five-story office building where she’d arranged to meet Alain DuBois. It was a quarter past eleven, and the street was dark, the surrounding buildings shuttered for the night. The sole streetlamp flickered ominously, and Hannah couldn’t help feeling as if she’d been dropped into the middle of a film noir set.

Avery was set up in the building just behind her with Simon Kincaid, A-Tac’s newest member. Harrison Blake, the unit’s computer guru, was in the adjacent building with Annie Brennon, A-Tac’s sharpshooter.

Their target, DuBois, was a high-end antiques dealer who had recently been connected to the Consortium, a secretive arms cartel that was directly responsible for planting a nuclear bomb in lower Manhattan. They had also created a plan to infiltrate A-Tac that had ended with one of the team, Hannah’s friend Jason Lawton, losing his life. Add to that the fact that the Consortium had attempted to take out Drake Flynn’s wife and sister-in-law, and there was quite a score to settle, with DuBois being their only lead.

Unfortunately, up until now, A-Tac hadn’t had any success running DuBois to ground, the man always one step ahead in the chase. So they’d concocted a scheme to pull him into their net. Something that DuBois wouldn’t be able to resist. Hannah was posing as a woman who’d recently inherited a large collection of art, including a presumably “lost” painting by Claude Monet.

Le Jardin,
reputed to have disappeared during the Second World War, had taken on cult-like status among collectors, experts split on whether the painting actually existed. And the chance to possess the elusive canvas had proved too much of a pull for DuBois, who, despite his desire to remain off the grid, had agreed to a meeting.

The painting Hannah had stowed in her portfolio was actually a forgery. But the artist was very good, an American living in Ireland with a talent for reproducing the masters. There was, of course, some risk that DuBois would connect Hannah with A-Tac, but since she was a background player most of the time, it had seemed worth taking the chance. And besides, in her high heels and designer suit, minus her trademark glasses and streaked hair, she wasn’t certain she’d recognize herself.

“The place looks pretty deserted,” she said, as she slowed, coming to a stop in the shadows just to the left of the building’s front door. “Any sign of life inside?”

“Roger that,” Harrison Blake replied. “I’ve got infrared up and running.” Harrison was Jason’s replacement. And although she’d never have thought she’d be able to accept anyone else in the position, she had to admit that Harrison was good. And more important, he’d proved himself loyal to the team. Truth was, she liked the man.

“Looks like there are three hot spots,” he said. “One in a back office on the second floor. A second on the first floor near the lobby. It’s moving, so I’m guessing it’s probably the security guard. And the last hot spot is in the corner office on the fourth floor.”

Tied for Two by Lyla Sinclair
For the Game by Amber Garza
The Ghosts of Altona by Craig Russell
Hit the Beach by Laura Dower
All the Stars and Teeth (All the Stars and Teeth Duology) by Adalyn Grace
My Other Daddy the Complete Series by Carl East
The Artist's Paradise by Pamela S Wetterman
Love Burns by Georgette St. Clair
Walking to Hollywood: Memories of Before the Fall by Will Self
Queen of the Fae: Book Two in the Fae Unbound Series (Fae Unbound Teen Young Adult Fantasy Series) by Jill Nojack