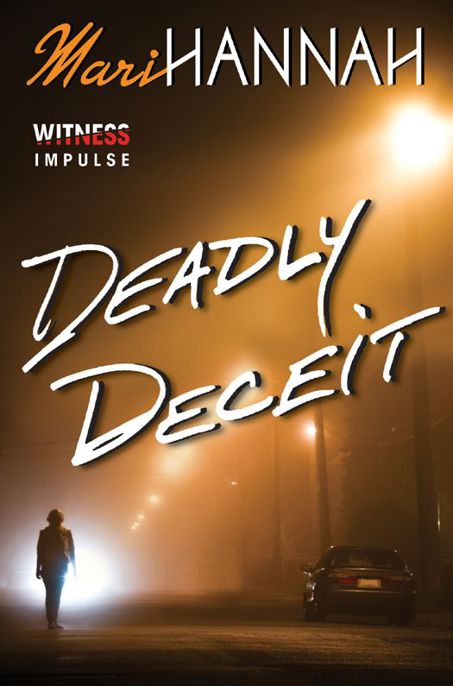 For my parents
Marie & Gordon

T
welve forty-five a.m., Thursday, 24 June 2010. Another hot and sticky night. Standing in the shadows, the girl peered into the darkness. Not a soul about. Several streetlights
were out thanks to a couple of local yobs who possessed an air rifle each and no more sense than they were born with. She had to admit, the conditions were perfect for someone with murder in
mind.

Just metres away, in scenes reminiscent of the end of World War Two, the scruffy back lanes of Newcastle’s West End had been transformed. Red-and-white bunting blew in the breeze,
criss-crossing Victorian terraces. Beneath it, trestle tables laid end to end stretched the full length of the lane where she lived.

If anyone could actually call it living.

With the eyes of the world on South Africa, the Brits were behaving like wankers celebrating a one–nil win over Slovenia after a piss-poor start to their World Cup. The party had begun at
noon, a knocked-off flat screen rigged up outside so everyone could watch the match and get smashed in the sunshine. Paper plates were piled high with enough sandwiches and crisps to feed a small
nation, crates of cheap booze stacked against one wall, a barbeque as big as Texas built just for the occasion, a karaoke system laid ready and waiting for the really sad fuckers.

One of the guys had organized a mini football tournament, clearing wheelie bins away and drawing makeshift goalposts on the gable end of the next terrace down. Before coverage of the big game
began, he’d exhibited his ball skills with an impressive number of keepy-ups to the delight of the kids. As they ran towards him cheering, he’d dribbled the ball past one, past two, and
scored a goal before running off celebrating through a rotting wooden gate that was hanging from its hinges, returning minutes later with prizes: water pistols and catapults. Perfect choice for the
next generation of fuckwits unlucky enough to grow up round here.

But that was nearly twelve hours ago.

Leftover food, gone stale in the heat of the day, littered the ground, blown there by the wind. Kids were tired and fractious, many of their parents drunk and incapable – none of them
remotely interested in putting their bairns to bed. They’d spent the last few hours with beer goggles on, bigging up the game:
Terry was awesome, Upson too, Milner outstanding – we
can go on and win the tournament now. Bring on Germany!

Yeah right: only yesterday they were accusing the England team of bottling it, choking under pressure – their manager, Fabio Capello, of ill-considered tactics. In the pre-match build up,
TV commentators had talked of the courage required to play for your country.
Bollocks.
Her brother was in Afghanistan fighting for his. That took courage. Not kicking a ball round on a
patch of grass for an hour and a half, a group hug at the end to show their solidarity. Footballers were only good for two things: shagging or fleecing – and not necessarily in that
order.

The smell of barbequed food reached her. That would be the kid three doors down – twenty-two years old and thirty stones in weight – never more than three metres from a burger, two
if there were chips and curry sauce on the go. It seemed like everyone was involved in the street party.

A raised voice broke through the laughter. A bottle flew through the air and landed in the street a few metres away, smashing into a million pieces. They were off, the neighbours from hell. It
would all end in tears, probably at the General Hospital, their second home. Pissheads, both of them. Deserved each other. Wouldn’t know a good time if it ran up and bit them on the arse.
Still, with neither of them working, there was a whole day ahead to sleep it off. Or so they thought.

But then
they
didn’t know what
she
knew.

W
ithin hours, the place would be a crime scene crawling with emergency personnel: medical, fire, forensic teams and cops. Locals rounded up. Statements taken. Those too pissed
to cooperate locked up for drunk and disorderly, assaulting the police, breathing the same air – mutual disrespect the order of the day.

Then it really would be game on.

A snotty-nosed kid in Ben Ten pyjamas – no more than four years old – wandered out into the middle of the road. Kai, his mother called him. Poor little bastard hadn’t long been
home from the care of the local authority after a non-accidental injury resulted in a place of safety being sought by social workers concerned for his welfare. Where the hell were they when he
needed them, eh? Or the divvies he called parents, come to think of it?

The boy blinked – dead on his feet – the epitome of neglect.

Winking back at him, she stepped into the shadow of the doorway, stubbing her fag in the wall as his mother arrived, totally gone, vodka bottle in hand, no shoes. Just an England shirt and red
leggings on pins that looked like they were on upside down. Her face was grotesque, smeared with the remains of a flag of St George. Unaware she was under scrutiny, she took hold of the young
’un by the scruff of the neck and dragged him kicking and screaming up a side alley and back to the party.

The front of the terrace fell silent again and her attention shifted to the house across the road, lights inside dimmed, a wall-mounted TV reflected in the mirror in the living room. In her
mind’s eye she saw the fire before it was even lit. A smile formed on her lips as it ignited for real, small at first – barely a flicker – then building in strength as it licked
its way silently up the stairs, raging out of control, fast and more furious now.

Dense, acrid smoke drifted beneath the door. Windows exploded. A scream from inside. Him not her
?
It was a sound so chilling it made her shiver. The male voice surprised her. He was
persona non grata in that house, supposed to be at his pad looking after their kid. Had she misheard? Maybe she’d got it wrong. It looked like Maggie had gone away and he was house-sitting,
not babysitting.

Oh God!
Now she had a decision to make.

A fire alarm went off but no one came running. In the lane behind her, The Killers’ ‘Mr Brightside’ blasted out as someone turned up the volume. Even without the music, elderly
neighbours not at the party would write it off as just another bloody false alarm, cover their heads with pillows to drown out the din. Many of them too scared to venture out at night in an area
where it paid to mind your own business.

And still the elements of fire, oxygen and heat combined to create a mini inferno, so intense she could feel it burning her suntan from where she was standing. Deep down, she felt guilty. But
not for long. No sweat. He’d have scarpered out the back door for sure. Anyhow, this was an opportunity she couldn’t afford to miss. Pulling out her mobile phone, she switched to camera
mode and took her shot, wondering if the image she’d captured could do her any good. They say knowledge is power. Well, knowledge was money in her world.

T
hursday, four a.m. Thunder rumbled overhead. On the southbound carriageway of the A1, a driver braked suddenly and then lost control. His lorry slewed across the road,
fish-tailing as he tried to correct it, then hit the central reservation and literally took off. It flipped, rotating as it travelled through the air in slow motion, before crashing to earth with
an almighty racket, sparks flying everywhere as it continued on its roof for several metres.

The tail-gating driver behind couldn’t stop in time. His car aquaplaned on the wet surface and then ploughed into the back of the first car with a low crunching sound, throwing its
unbelted rear passenger through the windscreen on to the underside of a third car.

Her body began to cook on the red-hot exhaust.

A third vehicle joined in the madness with an almighty crack, its engine seizing on impact, steam billowing from beneath the bonnet. Then another, and another, in a concertina of mangled metal.
An HGV in the nearside lane had no chance. Jack-knifing as its driver swerved to avoid colliding with the others, it took out two cars in the fast lane, pushing one over the central reservation
into the path of oncoming traffic.

Metal crumpled like bits of paper, puncturing fuel tanks that spewed a lethal mixture of petrol and diesel on to the road. Glass and bones shattered simultaneously, rupturing internal organs,
soft tissue ripped away. A swift death for some. Unimaginable pain for others as their bodies fought to survive. Misery for all concerned.

The road was blocked in both directions. And still vehicles added to the chaos, emerging through the torrential rain at high speed, colliding with upturned cars, resulting in multiple
casualties, horns going off, and fire as one car burst into flames.

One minute there was lots of noise . . .

The next, a deathly quiet.

L
ocal stargazer David Hedley was certain the death toll would be high as he looked down at the carnage from the balcony of his third-floor flat. The rain was welcome after days
of dry weather but the sudden downpour had caused mayhem. Wrecks with their headlights still illuminated were strewn across wet carriageways, on grass verges, two straddling the central
reservation. In utter disbelief he watched motorists emerge from cars, some crawling on their hands and knees, collapsing as their bodies succumbed to horrific injuries.