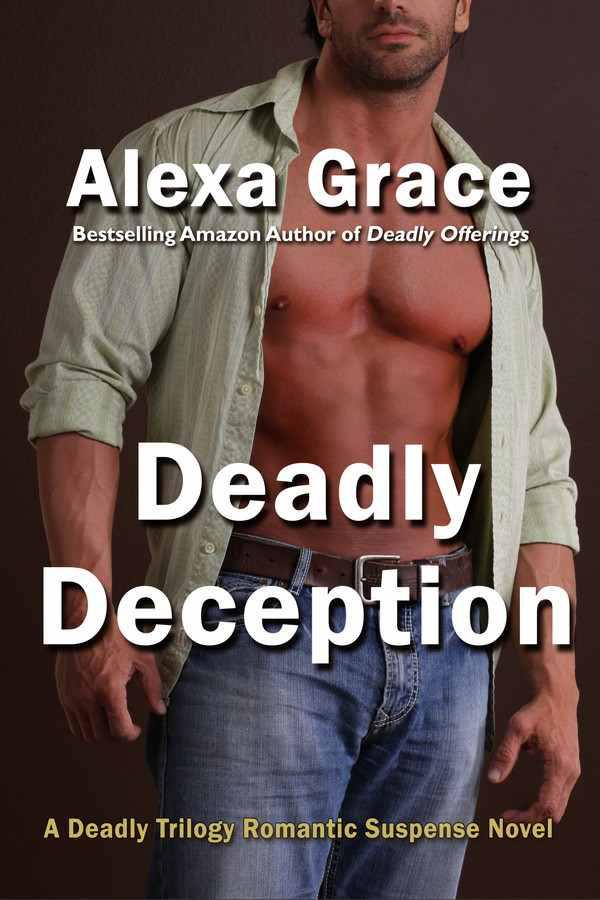 This ebook is a work of fiction.  Names, characters, places and incidents are products of the author’s imagination or are used fictitiously.

Any resemblance to actual events or locales or persons, living or dead, is entirely coincidental.

This ebook is licensed for your personal enjoyment only.  This ebook may not be re-sold or given away to other people.  If you would like to share this book with another person, please purchase an additional copy for each recipient.  Thank you for respecting the hard work of this author.

A special thank you to Sgt. Adrian Youngblood of the Seminole County Sheriff's Office, Major Crimes Unit, who patiently answered my questions and reviewed passages for accuracy as I wrote this book.

Any mistakes here are entirely mine.

Thank you to Wendy Ely who edited this book as well gave me valuable writing advice.

Thanks also to Melissa McGee, Megan Golden and Karen Golden-Dible for their help and support.

I also want to express my appreciation to my family and friends.  Without their love, encouragement and support, this book would not have been possible.

Mandy Morris was the kind of girl a man would want to take home to meet his parents.  But that was not a sentiment shared by
her
man.  When the college sophomore told the man she thought was the love of her life she was pregnant, things got ugly.  He'd even suggested the baby wasn't his before he'd walked away.

It was the toughest decision she'd ever made, but she had given her baby away.  What else could she do?  She had no parents, no baby-daddy, no job and two more years of college on a scholarship that was barely enough to cover
her
expenses.  How could she possibly support a baby?

So why was she standing outside the office of the adoption agency that had supported her financially and adopted out her baby to a loving, wealthy couple who could give her baby everything?

Mandy had changed her mind about giving her baby away and wanted him back. She'd decided she'd move heaven and earth to support and care for him. Mandy had wasted four long weeks using conventional methods to get an appointment to talk to someone, anyone at the agency, about her change of heart. She wanted her baby back and nobody could talk her out of it now.  He was almost six weeks old now.  Mandy didn't want to miss another second of his life.

So she'd resorted to desperate measures.  She'd Googled his home address then staked out Dr. Eric Caine's swanky home outside of Bloomington, Indiana, and then followed him to his office this morning.  She slung her small purse over her shoulder, took a deep breath, and then pushed open his office door.  He was sitting at a huge, L-shaped glass desk in front of a floor-to-ceiling window working on his computer.  She walked inside and stood at his desk, and cleared her throat when she realized he had not heard her come in.  He whirled around in his chair, his eyes wide with surprise.

"I didn't hear anyone come in.  I thought the building was empty."

She noticed his eyes scanned her as if trying to remember her name.

"I'm Mandy Morris.  I was your patient during my pregnancy."

Mandy sighed and sat in one of his guest chairs.  "I want you to know how much I appreciate how your adoption agency has supported me during my pregnancy."

"That's our job and we're glad to do it."  The doctor looked at the door as a man with long, shaggy blonde hair entered the room.  The man nodded to Mandy and sat at the round table in the back of the room.

"I know that I will need to repay you the money you gave me and I will.” She glanced at the man at the back of the room, then said to the doctor, “I want my baby back."

The doctor glared at her, gone was his friendliness from before.  "Mandy, we explained during your orientation, that once you give up your baby to the agency, there is no turning back."

"I want my baby back," she insisted.

"You signed our documents relieving yourself as the child's legal guardian.  He is living in a wonderful home with loving parents."  He was noticeably impatient now and began tapping his foot.

"I said I want my baby back."  Was he hard of hearing or what?

"You're twenty years old and a college student. Babies have expensive needs. How can you support a baby?"

"This is not an emotional decision to make.  Think about it.  Consider this rationally.  Can you give him the kind of life his new parents can?  I think not."

"But he’s mine.  I carried him inside of me, I gave birth to him, and I need him.  And if I need to involve the police, I will."  She was tired of listening to his crap.  She ached for her baby and she would get him back no matter what she had to do.

"It seems your mind is made up.  There is only one thing I can do.  I'll call the parents."  He picked up his cell phone and headed to the hallway outside the office.  The man with the long blonde hair followed him.  Several minutes later both men returned.

"Mandy, this is David," the doctor said.  "He's my driver.  I've asked him to take you to the home of the couple who adopted your baby boy.  They've agreed to give him back to you."

"Oh, thank you so much, Dr. Caine."  Tears flowed down her cheeks.  She threw herself into his arms to hug him.  "I promise to pay you back every penny.  I promise.  Thank you so much for doing this for me."

Dr. Caine patted her on the back and guided her out of his office where she followed his driver.

It was an uneasy ride, both of them silent and seemingly deep in thought. They were hours and miles away from Bloomington before Mandy asked, "How much longer?"

David glanced at her for the first time since they started out and said, "Not far."

“So how long have you worked for Dr. Caine?” she asked, trying to fill the silence in the car.  He didn't answer.  He kept his attention on the road as he drove.  That was fine with her. She wasn't looking for a new BFF so she ignored him and imagined herself holding her soft, cuddly little boy to her chest.  She smiled at the thought.

It wasn't long before they left the interstate and were driving a country road leading through the rich farmland the Midwest was known for.  They drove for another hour then David slowed the car and turned onto a dirt lane that led into a wooded area.  There wasn’t a house in sight.  Why did he pull over here?  What the hell was going on?

"Why are we stopping here?  Where's the house?"

"This is where the couple agreed to meet us."   He walked around the car to open her passenger door and helped her get out.

"Might as well get out and stretch your legs.  They won't be here for forty-five minutes."

She stretched her legs and arched slightly to ease the dull pain in her back.  She hated long car rides.  She disliked being cooped up in any small space for long.