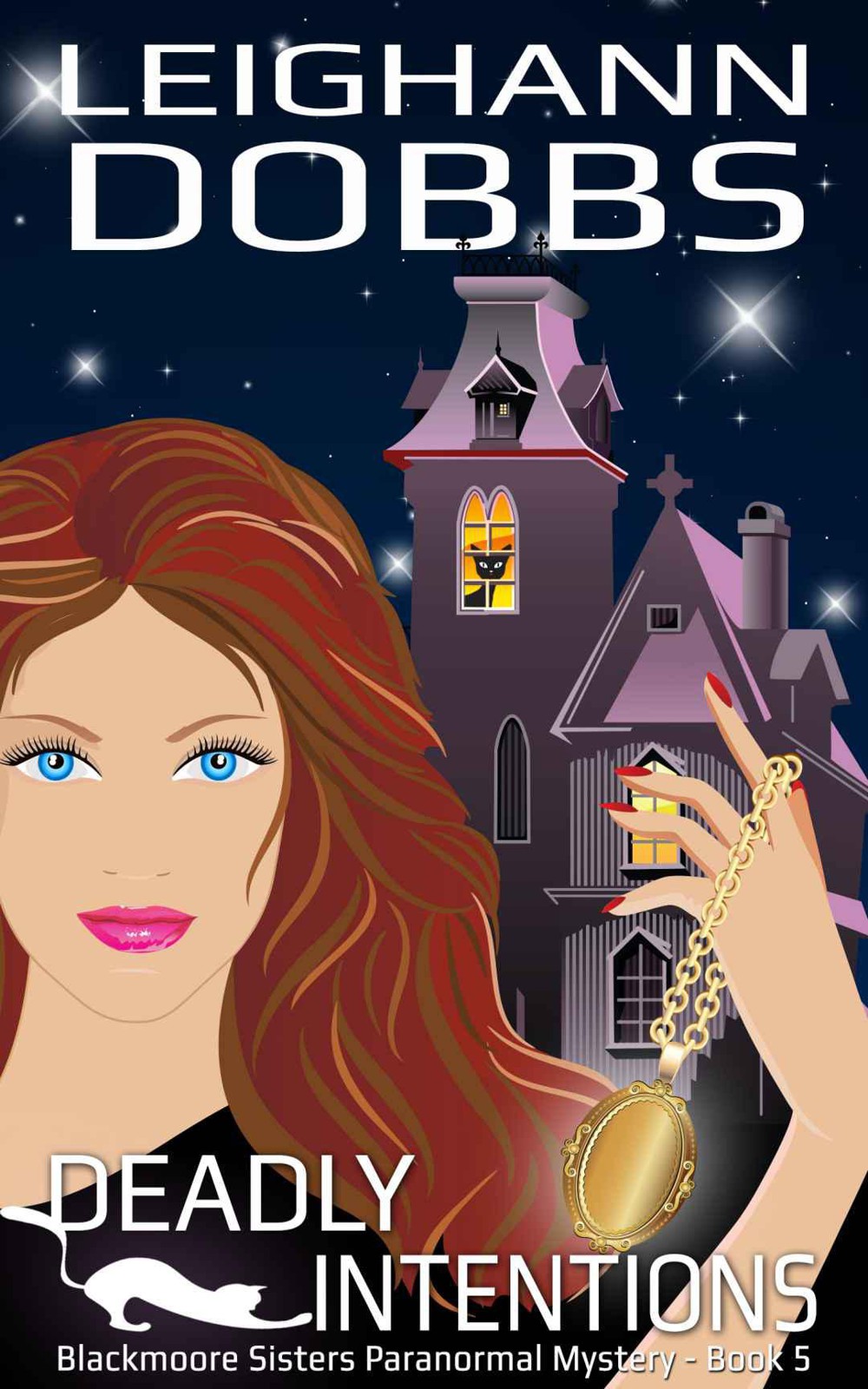 No part of this work may be used or reproduced in any manner, except as allowable under “fair use,” without the express written permission of the author.

You had a good run.

Jolene Blackmoore had always known there was something suspicious about her mother’s death. She’d tried to say so at the time, but no one had listened seven years ago.

Back then, she’d been only fourteen … and who listened to a hormone-riddled, grief-stricken teenager?

But, now she was twenty-one with a private investigator’s license and the knowledge and skills that went with it. It was time to prove what she’d always known.

She stared at the pictures on her computer screen, which she’d downloaded from the Noquitt Police Department database. It had been surprisingly easy to hack into.

Okay, so it wasn’t quite legal
, she thought,
but if they really didn’t want people in there, they should make the password a bit more secure
.

The file on Johanna Blackmoore’s death was sorely lacking in information.

There had been just one witness who claimed to have seen Johanna fling herself over the cliff—Earl Whiting. The report stated that Earl had been out lobstering in his boat off the point that evening and had seen Johanna on the edge of the cliff, alone.

According to Earl, she ‘looked up to the heavens then threw herself off’. Too bad Earl was known to spend most of his days drinking. He wasn’t what Jolene would call a reliable witness.

It looked like the whole investigation had been a sham from the start, just as she’d suspected. Even at her young age, she’d been able to tell they weren’t doing a good job, but when she’d tried to voice her objections, the new sheriff in town, Sheriff Overton, had brushed her off, saying that she was just an emotional child.

Needless to say, she’d been rather pleased when Overton mysteriously disappeared from town last summer.
Good riddance
, she thought.

The family cat, Belladonna, jumped up on the table, stepping lightly on the keyboard and standing right in front of the screen. She turned her pale blue eyes on Jolene, who sighed and reached out to pull the cat into her lap.

“What’s the matter, can’t find any mice to torture?” Jolene stroked that cat’s silky white fur affectionately as she stared at the pictures on the screen—pictures of the cliff her mother had jumped from seven years ago.

The cliff sat on the edge of their property. In fact, she could see it pretty well from the the room she was sitting in right now.

Her eyes drifted over to the large window. Outside, the view of the Atlantic Ocean was usually stunning. Today, gray clouds hovered over the dark, stormy seas. Rain beat against the window, obscuring her view, but she could still make out the edge of the cliff.

The very same cliff from which her mother had jumped seven years ago, smashing on the rocks thirty feet below before being swept into the sea.

Jolene’s fingers stole up to the silver heart shaped locket she wore around her neck. She’d discovered the locket in an old suitcase she’d used to take on an assignment she and her sisters had gone on out west. As soon as she’d seen the locket, she felt an immediate connection. It wasn’t until later that she found out it looked exactly like the one her mother had always worn.

Jolene guessed her subconscious must have recognized it, even though she didn’t consciously remember it as her mother’s locket. She’d been too self-absorbed at fourteen to think much about what jewelry other people wore, but she’d been told her mother never took that locket off.

So, the locket she’d found couldn’t possibly be her mother’s. It didn’t have any pictures inside and the design wasn’t that uncommon—she’d researched it—so it must be just a strange coincidence.

Belladonna reached a pink paw up and batted at the locket.

“You don’t think it’s a coincidence either, do you?” Jolene asked the cat, who answered her by settling into her lap and purring loudly.

But the locket
couldn’t
be her mother’s, because she would have been wearing it when she jumped. And if that were the case, it would have smashed to bits on the rock, and those bits would have fallen into the ocean. Unless she hadn’t been wearing it that day … or someone had taken it from her before she fell.

Jolene shuddered at the thought of her mother’s slim body plummeting down the steep cliff. She could almost hear the sickening crunch of her hitting the jagged rocks below.

She couldn’t imagine why anyone would do that to themselves, especially not her mother, who she remembered as being perpetually cheerful and happy.

Everyone had said the premature death of Johanna’s husband, their father, years before had worn her down. She’d been depressed and finally couldn’t go on. But Jolene didn’t remember her that way. Naturally they’d all been devastated when their father died, but Johanna had bravely soldiered on. It had brought her even closer to her daughters. Jolene felt certain her mother would never have left them alone like that … not unless she was forced to.

Or maybe Jolene had just been too absorbed in herself to notice how her mother had been hurting.

Jolene leaned forward, dislodging the cat from her lap. She clicked the mouse, flipping from picture to picture.

There has to be something here in these pictures … some kind of clue.

Belladonna stretched and let out a tiny ‘meow’, then stepped back onto the table blocking the screen once again.

“Shoo.” Jolene wrestled the resistant cat out of the way.

In the struggle, Belladonna’s paws pushed down on the keyboard, pressing keys at random. The cat jumped down from the table and Jolene looked back at the computer screen. Apparently, Belladonna had pressed the right combination of keys to enlarge the picture. Jolene fiddled with the keyboard, trying to put the screen back to normal size.

Then something in the picture caught her eye. Jolene squinted at the picture on the screen that showed the edge of the cliff where the grass ended and there was just bare dirt. This was the exact
place where her mother supposedly stood before jumping thirty feet to the ocean below. All accounts said her mother had been alone on the cliff that night.

But if the accounts were true and her mother
had
been alone … why were there men’s shoe prints in the dirt?

The sound of laughter drifted down the hall, announcing the arrival of her sisters and pulling Jolene from her thoughts. She clicked off the screen before they could see what she was doing. She didn’t want them to know she was looking into their mother’s death until she had something more to go on. No sense in stirring up those painful memories until there was a solid reason.

“Working this late?” Fiona frowned at Jolene. “You should take some time to relax.”

Jolene’s heart warmed at her sister’s concern. Fiona was the second oldest, and she and the oldest sister, Morgan, had taken over the job of mothering Jolene after Johanna had died. Celeste, the sister in between Jolene and Fiona had been barely eighteen when Johanna died and, even though she’d helped keep Jolene on track, she was much more relaxed about it than the older sisters.

Jolene was an adult now, but old habits are hard to break and the two older sisters still looked after her like mother hens.

“I will. I was just finishing up some research on the case Jake has me working on,” Jolene said, referring to Fiona’s boyfriend, Jake Cooper. Fiona’s eyes lit up at the mention of the former member of the Noquitt police department who’d turned in his badge last summer to open his own private detective agency. He’d hired Jolene as his assistant when she’d shown an uncanny aptitude for police work, computer forensics in particular.

“What’s the case about?” Celeste rubbed her hands through her short-cropped, blonde hair as she glanced out the window at the quickly darkening sky. The sun had a few hours longer before it would set, but the dark clouds made it seem like night had fallen already.

“Jebediah Powers hired us to prove that Gordon Ellis fooled with his lobstering traps.”

“That old feud again?” Morgan made a face. “Those two have been feuding for over twenty years.”

“It’s funny. The feud has been going on so long, no one even knows what started it.” Fiona plopped into an oversized, white linen slipcovered chair and Morgan sat on the matching couch, pulling her long, silky jet-black hair over one shoulder as she settled back.

This was the girls’ favorite room—the one they were most comfortable in. It had been their mother’s favorite too. Jolene could see her influence everywhere, from the muted blues and grays to the overstuffed furniture to the seaside accents. Her heart tugged, remembering the care her mother had put into decorating the room.

“So, how are things at
Sticks and Stones
?” Jolene asked about the shop Morgan and Fiona ran together mostly to distract herself from thinking about Johanna.

“Great,” Morgan said. “We’re getting more and more customers traveling from all over the place. Not just people here on vacation.”

“Word is getting out about how powerful Morgan’s herbal remedies are,” Fiona added.

“Not just the remedies,” Celeste cut in, “I’ve heard more than one person talking about your healing gemstone jewelry and how it helped them with certain problems. You guys are getting quite a reputation.”