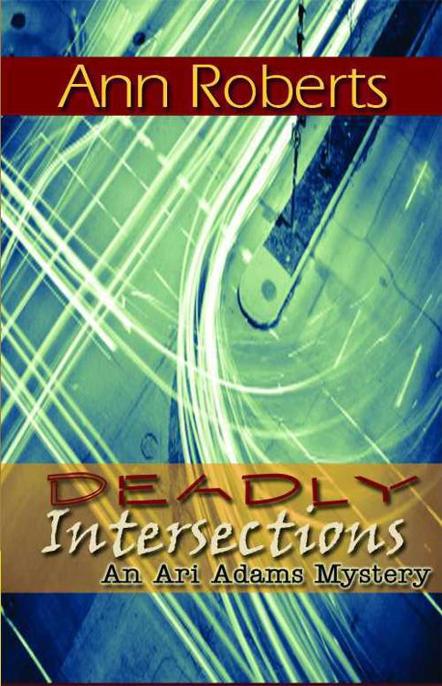 I’ve loved mysteries since I was a kid. The first mystery I remember was the original
Scooby Doo
, a real whodunit with a plot, suspects and a villain. I loved watching Velma, the smart girl, and Daphne, the pretty girl, and I thought it would be cool to have a big dog. Then there was Nancy Drew, Encyclopedia Brown and Ellery Queen. Over a bowl of popcorn I watched all the crime shows and movies with my dad, and during commercials we discussed all the suspects and motives. If you’re reading this series, you love mysteries too, and I’m eternally grateful for your support. And I thank Anna Chinappi, my editor, for tightening the dialogue, and as always, I’m grateful to Bella Books for continuing to publish my stories. Finally, without the support of my family, including three very large dogs, I wouldn’t find the time to write.

Ann Roberts is the author of
Paid in Full
,
Furthest from the Gate, Brilliant, Beach Town, White Offerings, Root of Passion, Beacon of Love,
and
Keeping up Appearances
.

A native Arizonan who should’ve been born near an ocean and a lighthouse, Ann and her family go to a coast as often as possible. She and her partner recently celebrated their sixteenth anniversary, and she wonders how such a wonderful woman would tolerate living with a writer for so long.

Usually people she’d just met weren’t found dead two hours later, but trouble always seemed to follow Ari Adams. The victim had seemed much taller than he did now, crumpled over the steering wheel, the horn blaring inside the parking garage.

No one had given it a thought when it first sounded since it was so common to hear auto alarms randomly trigger in downtown Phoenix. The guests at the annual Phoenix Chamber of Commerce business luncheon continued to enjoy the beautiful February weather on the lawn of Heritage Square, a Phoenix landmark that brought together several old houses onto one property.

Everyone worked the crowd, including Ari and her boss Lorraine Gonzalez. And Ari had learned that commercial real estate was far more lucrative than the residential home market she’d exclusively handled during her twelve-year career as an agent. If they could find one client they’d be set for a few months.

The screeching horn only forced people to lean closer as they spoke to each other but nothing else. Heads finally turned when a woman ran screaming from the garage, her purse swinging from her arm. “Help me! He’s dead!”

An older gentleman caught her and held her still while she continued to babble. Ari, a former cop trained to run toward danger and not from it, instantly headed into the garage. She was joined by a few curious businessmen and a security officer who looked as scared as the hysterical woman.

They followed her as she wound her way around the aisles of the garage trying to locate the wailing horn. The ground rumbled as three school buses snaked through the tiny rows toward the exit, their huge engines momentarily interrupting their search.
Probably visiting the Science Center
. Heritage Square bordered the Arizona Science Center, the past and present colliding in the same city block.

She found the car—a Lexus—in the last row, two spaces down from a Mercedes she imagined belonged to the screaming woman who’d left her door wide open. When she looked in the driver’s side window, Ari immediately recognized Warren Edgington, an investor and the keynote speaker at the luncheon. She and Lorraine had chatted with him during the meet-and-greet portion. They’d made a connection and he’d taken their cards, mentioning a potential deal they could work together.

“Do any of you guys have a handkerchief?” Ari asked loudly, turning to the three young men who’d followed her.

“Of course,” an Adonis-like beefcake said, smiling and offering the white linen square from his breast pocket while the other two stepped away defeated.

She nodded, not returning the smile.

Wrapping her hand around the handkerchief, she pulled at the door handle but it wouldn’t open.

She nodded and circled the car. She peered inside the passenger’s window and noticed an open briefcase with a silver flask lying inside. A piece of paper rested underneath the flask—
a note
.

“This looks like a suicide,” Adonis said. He’d moved next to her, so close she could smell his Altoid.

“Maybe,” she said as the black and whites pulled up behind the Lexus.

“Now that the cavalry’s arrived can I walk you back?” Adonis asked, clearly hopeful.

She offered a little smile, cobbling together a gentle letdown in her mind. She was saved when Colin McDermott, one of her dad’s old cronies, stepped from the first car.

“Ari Adams, what in the blazes are you doin’ here?”

She met his hug as an answer and noticed Adonis slunk over to a concrete wall.

“I hear your dad’s coming to town soon. I can’t wait to see him. It’s been ages.”

She forced a smile. Everyone loved Captain Big Jack Adams, a retired member of the Phoenix Police Department and they looked forward to his arrival—everyone but her. Thinking about his visit the next week gave her heartburn and sent her into a foul mood. She couldn’t understand why she’d ever agreed to a reunion. It was too soon and she wasn’t ready.

More police officers assembled and a tall blond emerged from an unmarked Caprice. Ari glanced at Adonis, still leaning against the wall. Like her, he was captivated by the statuesque woman with short curly hair who instantly took charge. Ari watched in admiration as she listened to McDermott give her the details. She nodded and scanned the crime scene, her eyes finding Ari. She frowned and came over immediately.

“What are you doing here?”

“Honey, I told you I had a luncheon today, remember?”

Detective Molly Nelson rolled her eyes. “How is it that you’re always in the middle of my crime scenes?”

Ari raised a finger to correct her. “That’s only happened one other time and look what we got out of it.” She offered a slow smile and batted her eyelashes. “Besides I thought you liked it when I surprised you during the workday.”

Molly sighed. “I like it
most
of the time. What happened?”

Ari recounted the last ten minutes, assuring Molly she hadn’t disturbed the crime scene. “I’d had a very nice chat with him earlier. We kept running into each other, too,” she realized.

“Well, he was right behind me in the buffet line, and I saw him again when I went to the ladies room.”

Molly raised an eyebrow. “He didn’t try to follow you in there, did he?”

“No, it wasn’t anything like that. I saw him before I went inside, and when I came out he was arguing with this other guy who’d tried to pick me up earlier after he introduced himself to Lorraine and me.”

Molly flipped the page on her notebook. Ari could tell she was in full cop mode because her usual jealous streak didn’t surface. “What’s his name?”

She grimaced. “
He
hit on you? His ads are the worst. So what were they arguing about?”

Ari tried to remember, but she’d been distracted by some drunk women coming out of the powder room. Edgington was standing on the heels of his shoes, arms crossed and shaking his head. Wertz was clearly in his personal space, gesturing with one hand and squeezing Edgington’s shoulder with the other. The pose suggested friendly coercion, but Edgington seemed to want no part of it. They were working hard to keep their voices quiet—only the end of sentences grew louder. And she really hadn’t been paying close attention.

“I’m not sure. It was definitely about business. Wertz was trying to convince him of something, telling him that it would work, and Edgington kept saying no.”

“No, they were really into it when I passed by.”

Molly tapped her notebook and gazed at her partner Andre Watson as he watched a lab tech work on Edgington’s car. When the door finally opened, the alarm sounded, joining the blaring car horn in a deafening screech until the medical examiner allowed the repositioning of Edgington’s body off the steering wheel. When it was finally quiet again, Molly and Ari joined Andre.

A different tech motioned for Molly, and Ari saw they’d retrieved the flask and the briefcase from the passenger’s side. The tech held out the note.
I’m finished. There’s no other way
, was written haphazardly in black ink on a sheet of Edgington’s personal stationery. Ari noticed a black ink pen rested in the bottom corner of the briefcase.

“Looks like he scribbled this pretty fast,” Andre observed.

“We’ll have to see if we can have it analyzed,” Molly added, “but I’m not too hopeful. If he’d been drinking heavily his penmanship would’ve been greatly impaired. It’ll be difficult to get a match.”

“Do you see any more pieces of blank stationery in the briefcase?” Ari asked. “A lot of people don’t carry their personal stuff during a workday unless it has a purpose.”

Molly stared at Ari. “You were one of the last people to see him alive. Did he seem suicidal to you?”

Ari shrugged. She’d been close to suicide herself but had fooled everyone and nearly died.

Molly’s face turned red when she realized what she was asking. “Stupid question. I’m sorry.”

“It’s okay. And no, I don’t think he was suicidal. He hit on me and wanted a date. That’s not something you usually do before you commit suicide.”

She glanced inside. The medical examiner had removed the body and she carefully checked the upholstery with her flashlight. “I don’t see any blood, and there’s no sign of a struggle.”

“I’ll run his cell phone records,” Andre said. “Maybe he made a call before he offed himself.”

“
If
he did it himself,” Molly corrected.

“Do you need me for anything else?” Ari asked, looking at her watch.

Ari glanced at Adonis, who was watching them intently. “Honey, I know you’re busy, but I need a favor.”

Rohn Federbush - Sally Bianco 03 - The Recorder's Way by Rohn Federbush
Be Were (Southern Shifters) by Gayle, Eliza
The Legend of the Werestag by Tessa Dare
Rapsodia Gourmet by Muriel Barbery
Soldier of the Horse by Robert W. Mackay
Bedding the Best Man by Yvette Hines
The Second God by Pauline M. Ross
Expose' (Born Bratva Book 3) by Steele, Suzanne
The Jewels of Paradise by Donna Leon
Cartilage and Skin by Michael James Rizza