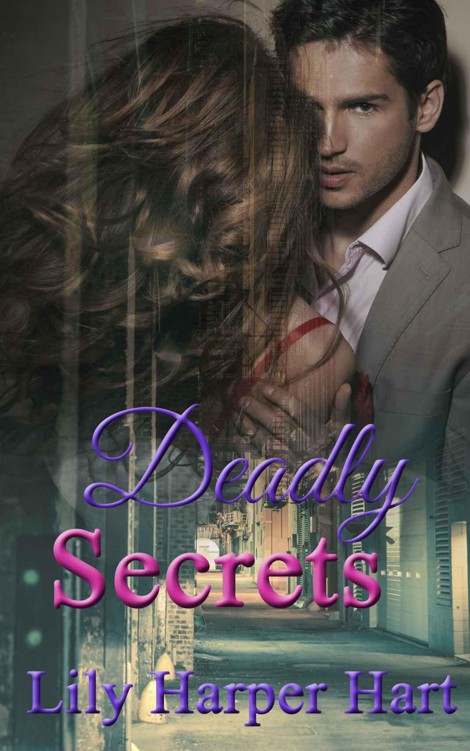 “This is … .” Ally Hardy broke off and scanned the convention center, no word powerful enough to describe her dismay.

“Awesome,” her best friend Mandy supplied. She was exactly the opposite from her longtime pal. Her eyes were lit with excitement, and she couldn’t stop glancing around the room, her blonde hair brushing against her shoulders as she constantly turned so she could absorb everything. “This is the best thing ever.”

Ally shot her a disgusted look, her brown eyes flashing. “I know you like all of this … stuff … but it’s just unnatural.”

Ally rolled her eyes, forcing herself to try and refrain from saying something that would ruin Detcon, Detroit’s version of Comicon, for her friend. When her eyes landed on an overweight man in his fifties dressed up like Thor, her temper flared. “You think that is natural?”

Mandy followed Ally’s finger with her eyes. “No. That’s just a guy who knows what he likes.”

“He’s comfortable with his body. That’s something we should all try to do a little more often.”

Ally scowled. “You spent a half hour in the car during the drive down here complaining that your hips were too big and you think you should get a boob job to lift yours before they start to sag. How is that being comfortable with your body?”

“Those were private things,” Mandy said, poking her friend in the arm. “They’re not for public consumption.”

“What’s not for public consumption?” James Hardy appeared behind his sister and smiled at his wife. While Mandy and Ally had been best friends for as long as he could remember, marrying Mandy had been the best thing that ever happened to him. That’s why, when Hardy Brothers Security was hired to run security for Detcon, he’d known his wife would be thrilled with the high-roller passes he managed to snag. Unfortunately for him, since he had to work, he was missing out on what he was sure was some enthusiastic exaltation.

“Nothing,” Mandy said, smiling at him brightly. “We were just talking about … .”

“Thor over there,” Ally interrupted, pointing.

James smirked when he saw Detroit’s version of the Norse god. “He looks happy.”

“Says the woman who thinks her hips are too big and wants to have her boobs lifted,” Ally grumbled.

James frowned. “You’re doing nothing of the sort. I like your body the way it is. You’re not changing a thing. Why would you even consider that?”

“I wasn’t considering it,” Mandy said. “I was complaining to my best friend in private.”

James studied her for a moment, unsure. He’d never seen anyone more beautiful than his wife, but she had odd bouts of low self-esteem. He hated them. “I’m checking your credit cards,” he warned.

Mandy rolled her eyes and shot a dark look in Ally’s direction. “Thanks.”

James pinched the bridge of his nose and sighed. “I’ll show you how much I love your body later tonight,” he said, handing a package over to Mandy. “When you’re wearing that.”

Mandy took the package, curious, and then looked inside. She was trying to keep her pout in place, but she wasn’t having a lot of luck.

“What is it?” Ally asked, peering over her friend’s hand. “Oh, good grief. Wonder Woman Underoos? I didn’t even know they made those for adults.”

“Neither did I,” James said. “That’s why I had to buy them when I saw them. I thought we could play Justice League later tonight.”

“You two are sick,” Ally said.

“They are kind of cute,” Mandy admitted. “Maybe I can find some bracelets to go with them.”

“Wonder Woman has a lasso, not a whip,” Mandy said.

Ally made a face. “If you’re going to play Justice League, don’t you need an outfit, too?” She was trying to annoy her eldest brother, and if the past was any indication, she knew exactly how to do it. This attempt was a failure, though.

James whipped out another package from behind his back and handed it over to Mandy. “They make them for men, too.”

Now Mandy was really excited. “Who are you going to be?”

Mandy considered the question, her face serious. “You have to be Batman.”

“You two are so gross I can’t believe you haven’t been locked up for public indecency,” Ally said.

“We keep trying,” James said. “Apparently we have to step up our game.” He leaned over and gave Mandy a scorching kiss, promises of fun for later that evening transferring from his lips to hers. “Until then, though, you two should try and have some fun. There are a lot of stars here.”

James smiled. “I have a list.” He handed it over to her. “There are some Buffy stars, and some guy from the submarine show you like is here.”

Mandy furrowed her brow. “
Seaquest
? What guy is here from
Seaquest
?”

“I have no idea,” James said. “I just know I saw
Seaquest
on the sheet. You’ll have to find that out on your own. Oh, there’s a big
Lord of the Rings
booth, too. If you buy anything from that, get me a sword.”

“What do you want a sword for?” Ally asked.

“None of your business,” James said, giving Mandy another kiss. “I have to go. Be good … and try not to stalk anyone.”

He paused, his brown eyes inquisitive as they met her blue. “What, baby?”

James grinned. “I love you more. Have fun.”

Once he was gone, Ally’s attitude brightened. “Let me see his Underoos.”

Mandy acquiesced, and when Ally pictured her brother and best friend playing games in their little outfits, she couldn’t help but smile. “He really is sweet where you’re concerned.”

“He has his moments,” Mandy agreed. “In fact, he has them almost every day.”

“Normal is boring,” Mandy said. She turned back to the convention. “What do you want to see first?”

“He’s not a superhero … or elf … or spaceship captain.”

“He’s definitely not an elf,” Ally said. “He has super powers, though.”

“Oh, and I’m the mushy one,” Mandy said, tugging on her best friend’s wavy hair. “You two are the cute ones.”

“We are,” Ally agreed. “I take photos of us in bed all the time because we’re so cute.”

Ally grinned. “We should also look for Emma.”

Emma was engaged to the youngest Hardy brother, Finn, and she was also almost three months pregnant. She was supposed to be scaling back her modeling appearances, but she’d mentioned she might have one more stop before officially retiring.

“She is dressed up like a troll or something,” Ally said. “Finn told Jake and swore him to secrecy. Apparently she was mortified to find out they were running security and we were coming as guests. She wanted to pull out, but the money was too good.”

“I don’t know,” Ally said. “You know I don’t know a lot about this stuff. The only reason I watched it when we were kids is because you liked it … and a lot of the men in those shows were hot.”

“Who did you think was hot?”

“I like the new Captain Kirk in the
Star Trek
movies,” Ally said, her cheeks coloring slightly. She had a thing for
Star Trek
, and Jake affectionately referred to her as a Trekkie.

“I forgot about you and
Star Trek
,” Mandy mused thoughtfully. “I’ll bet they have some of those short dresses from the original series. You two could play ‘Phasers on Stun’ if you wanted to be inventive tonight.”

“He does not,” Mandy scoffed.

“He does in my dreams,” Ally said. “If you see anything from
Star Trek
, tell me. I want one of those dresses. What color do you think I should get?”

Mandy studied Ally for a moment. “Well, you need to get a gold uniform for Jake so he can be the captain. You could either get blue and be a nurse or red and be … whatever it is the red stands for. What does the red stand for?”

“I can’t get red,” Ally said. “That means I would die on the first away team mission. No one wants that.”

Mandy pressed her lips together to keep from laughing out loud. Ally’s knowledge of
Star Trek
was fairly impressive. “Blue it is then.”

Ally beamed. “This is fun.” She caught sight of a familiar figure across the room, and her mouth dropped open as she stared. It took her a few minutes to realize what she was looking at. “Isn’t that Emma?”

Mandy swiveled in the direction Ally was gesturing, her face splitting into a wide smile when she caught sight of her future sister-in-law. “Holy crap.”

Mandy couldn’t argue with Ally’s assessment. “How long do you think it’s going to take her to scrub all of that blue paint off?”

“I think she’s probably going to have some help,” Ally said, tilting her chin to indicate a spot a few feet away from Emma. “Look who is stalking her.”

Mandy smirked when she saw Finn, his eyes never leaving the woman carrying his child. “He seems to like the outfit.”

“Are you sure you want to do that?” Mandy asked. “She’s self-conscious as it is.”

“That is so mean,” Mandy said.

“Are you saying you don’t want to mess with her?” Ally was surprised.

“Of course I want to mess with her,” Mandy said. “She’s covered in blue paint. It’s exciting. Let’s just not be overtly mean.”

Mandy and Ally scampered across the room, planting themselves right in front of Emma as she posed for photographs with what seemed to be a never-ending line of teenage geeks.

Emma tried to ignore her, but Ally had no intention of playing that game. “I said hi,” Ally repeated.

“Why would you want us in the photo?” Mandy asked.

“I want to have a specific dream later tonight, and I think a picture will help,” the boy said, guileless.

Mandy made a face. “I think we’ll pass.”

“They’re just guests, like you,” Emma said. “Why would you possibly want a picture with them?”

“We are hot,” Ally agreed. “We’ll agree to take a picture with you if you agree to take one of the three of us when you’re done.”

Emma was mortified. “What are you going to do with this photo?”

“I’m going to put it in a frame,” Ally said. “I want a nice photo with my two sisters-in-law.”

“That’s why I’m going to love this photo forever.”

Once both photos were taken, Ally and Mandy took a step back and watched Emma work for a few minutes. She was friendly and amiable with the guests, but she was clearly uncomfortable with Mandy and Ally’s interest.

Mandy took pity on her. “This is the last time you’re going to have to do this. You should try to have some fun. It’s going to be nothing but a memory after today.”

“I have to come here all weekend.”

Mandy snickered. “Well, one final weekend,” she conceded. “Come on, Emma. This is great. Look at your body.”