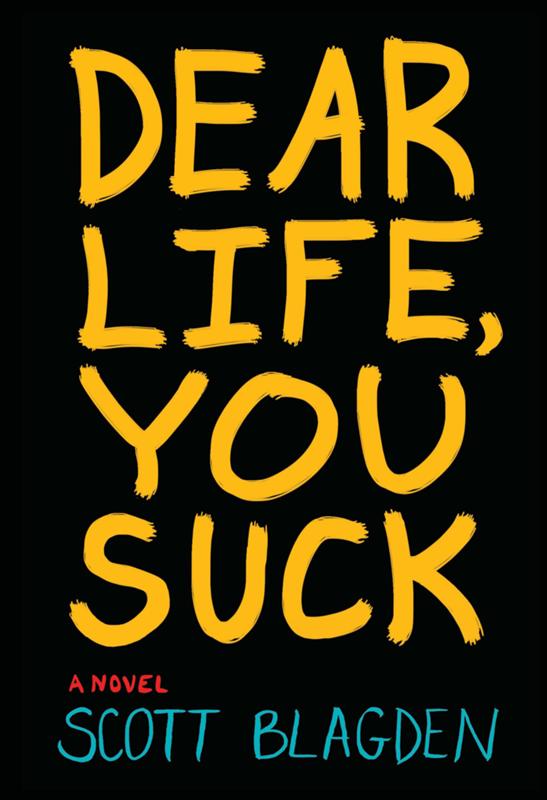 Library of Congress Cataloging-in-Publication Data is on file.

Crickets, like all other insects, are cold-blooded.
They take on the temperature of their surroundings.

The shrinkadinks think I have a screw loose. Ain’t playing with a full deck. Whacked-out wiring. Missing marbles.

Oh, wait. I live in the north of Maine now with the moosikins and lahbstahs.

The shrinkadinks think I have a bent prop. Knots in the net. Sap in the chain. Am thin in the chowda.

A danger to myself and others
. That’s what my file says. I’ve read all my files. And believe you me, that’s an avalanche of reading. It’s friggin’
War and Peace
. War, mostly. Required a hefty dose of criminal rapscallinity on my part, but no big thing. Ain’t an office or file cabinet I can’t
entrez
-
vous
with my city-boy ingenuity. I ain’t always lived in Flanneland.

But I gotta tell ya, I think it’s the brain ticklers with the bats in the belfry. There ain’t a damn thing wrong with me. They just label me mashed yams on account of I mess with their heads. To me it’s funny. To them it’s insanity.
Potayto. Potahto
.

A danger to others
. They think that ’cause I’ve been brawling since I’ve been crawling. But that’s only self- defense. Brawling for a binky don’t make a toddler touched. Makes him human. It’s instinct. Just ’cause P. H. Deed, Mind Mangler, never had to wrestle anything slipperier than a silver caviar spoon from a platinum platter don’t mean the rest of us who crack skulls for a Dixie cup of Cocoa Puffs are nutseekookoo.

A danger to myself
. Well, that’s a whole nutha slice of pie.

Principal LaChance is eyeballing me like a lion on a gazelle. I’ve been silent for seventeen and a half minutes. I wonder how long he can hold out before he pounces. Not long, I bet.

I know what you’re waiting for, you fruity bastard.

Randall LaChance fancies himself proficient at the waiting game, but he’s an amateur. I can sit here all day. He glowers at me. “And please remove your hood. It’s discourteous.”

I slip my hood off and instinctively raise my right hand to my right cheek. I imagine LaPoofta LaChance reaching forward and gently caressing my scar. The image makes me snicker.

He shakes his overstuffed teddy bear head and sighs. Randall has blazing orange hair that makes it look like his head’s on fire. He parts his wavy locks in the center, which always makes me imagine a tribe of Judaic lice fleeing to the freedom of his forehead across his Red Sea scalp.

We sit for another eight minutes.

“You’re not leaving my office, Cricket, until you tell me why you punched Mitchell Burke in the nose this morning and held his head underwater in the science lab fish tank.”

I already told him, but I guess he didn’t like the answer. “Remember? He stole Gregory Bullivant’s lucky Popeye pen.”

“Why did you immediately resort to violence? Why didn’t you simply inform the teacher?”

“I wasn’t trying to be funny, Cricket. And please address me as Principal or Mr. LaChance.”

You sure you don’t mean
“
undress
me,” Lady LaChance?

“Well what? Why didn’t I run to the teacher and tattle on Burke the Jerk? What, are you fuckin’ shittin’ me?”

Randy ManCandy scribbles in his notebook. Something else for my file. He speaks without looking up. “You know how I feel about your swearing, Cricket.”

Fuck you, Froot Loops
. I lean back in my chair and glance at my watch.

“Don’t bother counting the minutes today, Cricket. You’re here for as long as I want you.”

Cheesecake LaChance is a physiological dichotomy. He’s
Beauty and the Beast
incarnate. From the neck up, he’s as pretty as a transvestite prom queen. Ice-blue eyes, impeccably groomed butt-bandit beard, and perfect teeth like LEGO pieces. From the neck down, he’s as pretty as an Amazon jungle queen. Tree-trunk thighs, an ass the size of Brazil, and a belly that looks like he swallowed a Galápagos sea turtle. It’s hard to look at him without imagining his Grand Canyon ass-crack bent over a log-clogged toilet, a monkey wrench in his one hand and a plunger in the other.

“I’ll refrain from giving you my Violence Isn’t the Answer speech again, since I’m sure you know it by heart.” Chubs LaChance licks his pudgy thumb with his slab-of-liver tongue and opens a manila folder. “We had this very same conversation on the last day of school in June, Cricket. If I remember correctly, we were discussing how you were going to turn things around senior year.”

We weren’t discussing shit, asshole. You were sermonizing and I was counting lint balls on the carpet
.

“And here we are again, on the third day of senior year, and you’re back to the same old shenanigans.”

“Shenanigans”?
A scene from
The Simpsons
flashes in my mind.
“Sorry, Mr. Burns, but I don’t go in for these backdoor shenanigans. Sure, I’m flattered, maybe even a little curious, but the answer is no!”

I chuckle and resume my lint ball count. I believe I left off at six thousand nine hundred and sixty-nine.

Principal LaChance pinches the bridge of his nose, which adults have been doing in my presence for as long as I can remember. Like I give them nasal congestion or something. “Frankly, Cricket, we’re running out of options. If it weren’t for Mother Mary intervening on your behalf with the school board so often, you would have been thrown out of here a long time ago.”

La-di-dah LaChance gets up and sashays to the window the way he always does when he’s searching for an in. Something I’ll
respond
to.

I look at my mountainous file on his desk. It towers over the shiny mahogany like the landfill behind the church cemetery. Filled with as much garbage, too.

Randall speaks into the glass. “Someday, Cricket, you’re going to have to start taking responsibility for your actions and stop blaming all the bad things in your life on other people and your past.”

My chest tightens and my forehead warms.
Allthebadthingsinyourlife. Otherpeopleandyourpast. All. Bad. Things. Your. Life.

Principal LaChance turns from the window, drops one hip, and crosses his arms over his man boobs. “We all reach a point in our lives, Cricket, when we have to put the past behind us and live in the present.”

Well, therein lies the problem, Cliché LaChance. My internal space-time continuum sank to the bottom of a bathtub when I was eight years old.

High time
.
You sure as shit got that right
. I pull my hood on and take another gander at the lint balls rolling around on the fuchsia plush.

Chatterbox LaChance finally gives up. I got to hand it to him, though—he hung in there longer than usual.

Mother Mary squeezes her enormous frame out of a plastic chair when Dandy Randy escorts me to the front office to pick up my Get Out of School Free card. She doesn’t look happy. In fact, she looks downright miffed. As soon as she sees me, she storms out of the office. I follow her at a safe distance to the white and rust Prison van in the parking lot. I don’t really live in a prison, but I call it that on account of that’s what the building used to be a hundred years ago, when respectable Maine menfolk dressed like beef thiefs in silky knee-highs and poofy pantaloonies. Now it’s the Naskeag Home for Boys. It was a minimum-security facility, so the joint looks more like a mansion than a penitentiary, but you’ll never catch me calling this jailhouse home. The state shut the prison down ten years ago and the Catholic Church converted the Naskeag House of Correction into the Naskeag House of Rejection.

Mother Mary Mammoth wrestles her bulk into the driver’s seat and glares at me. She has a big, round face with rivers of veins and canyons of crevices. She has helter-skelter gray hair, a movie screen forehead, and Katharine Hepburn cheekbones. In fact, right now she reminds me of Queen Eleanor in
The Lion in Winter.
“War agrees with you, Cricket. I keep informed; I follow all your slaughters from a distance.”

The only part about Mother Mary that doesn’t look age appropriate is her eyes. They’re glossy, bright, and young, like maybe she had an eye transplant. They grip you when she’s mad, like monster fists. She never uses her bare hands to get your attention, which is good, ’cause she could choke an elk. Mother Mary Monument is six feet tall, and I’m guessing she’s packing a good three hundred pounds under her grim frock. There’s no ignoring her when she’s in your vicinity. She’s a presence. A planet. She has her own gravity. But in the end, it’s her eyes that pull you in.

Mother Mary Mad-as-Hell slams the van door so hard, I expect the windows to shatter. She starts the van with several vigorous pedal pumps, then jackrabbits out of the parking lot. She doesn’t speak until we’re off school grounds. “I’m sick and tired of this, Cricket. It’s the first week of school, for Pete’s sake. The first week!” The wheels screech as she careens onto Main Street. “You’re a senior now. I was hoping this year would be different. When is it going to end, Cricket? Please tell me: When is it going to end?”

“As soon as every asshole in that place sees himself for what he really is.”

Mother Mary lunges her gorilla arm in front of my face and flings down the visor. There’s a mirror on the other side. “Why don’t you start working on that right now!”

Hey, good one, Mother Mary Mockery
. I flip the visor up and chuckle.

“Not now, Cricket. Don’t you dare push my buttons. I’m so mad, I could spit. And take off that blasted hood.”

I slide my hood down. “Don’t you want to hear my side of the story?”

“I’ve heard your side of the story. A thousand times. And it’s always the same story.” Mother Mary Mario is driving like an escaped convict. Pine trees zip past in a blur. She doesn’t seem to notice the danger, or she doesn’t care. She’s taking turns so fast and furious, I’m nervous she’s gonna flip the van and kill us both. I consider unbuckling my seat belt.

A few minutes later, she barrels up the gravel driveway to the Prison and jams on the brakes. The van skids to a dusty stop. I reach for the door handle.

“Don’t you move your skinny ass from this van.” She wriggles her prodigious mass out of the seat and slams her door. I see her kicking gravel and waving her arms around like a lunatic. She’s yelling something fierce, but I can’t make out the words. No matter. I know exactly what she’s saying because it’s always the same thing. Jeez Louise—Mother Mary Mushroom Cloud has finally detonated.

The White Robe by Clare Smith
Tthe Sleepover Club on the Beach by Angie Bates
Sharpe's Gold by Cornwell, Bernard
Lucas Ryan Versus: The Return by Madison Daniel
Wrong Time by Mitchel Grace
The Grave Switcheroo by Deveraux, Cathy
Bits & Pieces by Jonathan Maberry
Heir of the Elements by Cesar Gonzalez
The Primal Connection by Alexander Dregon
Just Once More by Rosalind James